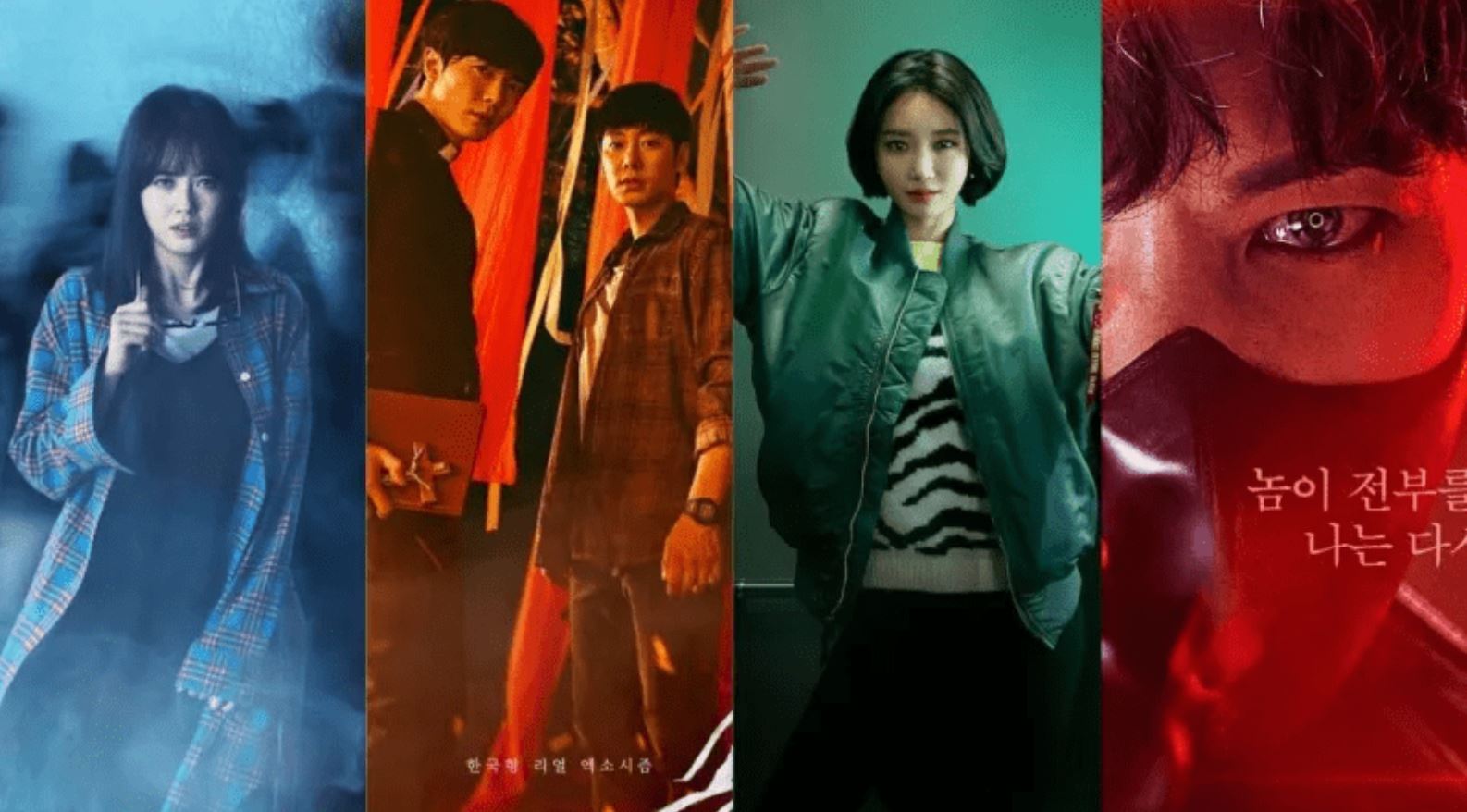 Horror dramas and movies are a desperate need of the weekends. Especially if we are having a sleepover. And there exists a huge list of horror k-dramas to watch on Netflix that we might be missing because of all the popular romantic media. The horror genre in the Asian drama is scene is wild. From the urban legends to exorcism, from spirits to zombies, there’s everything. With the online streaming services, now we can watch all the creepy shows wrapped up in the comfort of our blankets.

With the creativity of some amazing screenwriters, we see love, life lessons, revenge, and a lot more emotion mixed with the genre of horror. And we absolutely love them. Here we take a look at some of the horror k-dramas to watch on Netflix that we might be missing because we are too busy to find them in the sea of amazing k-dramas.

Along with a talented cast, the 2018 k-drama “The Guest” has an intriguing story as well. The k-drama stars “Special Labor Inspector Jo” fame Kim Dong Wook, “Crazy Love” fame Kim Jae Wook, and “The King: Eternal Monarch” fame Jung Eun Chae in the leading roles. “The Guest” follows Yoon Hwa Pyung, who is a young psychic. Born and brought up in the family of shamans, Hwa Pyung gets to know about a powerful demon called “Son,” i.e., guest. Having all the power, “Son” can control other demons and allows them to possess weak people. The possessed person would drive himself crazy and later kill himself. 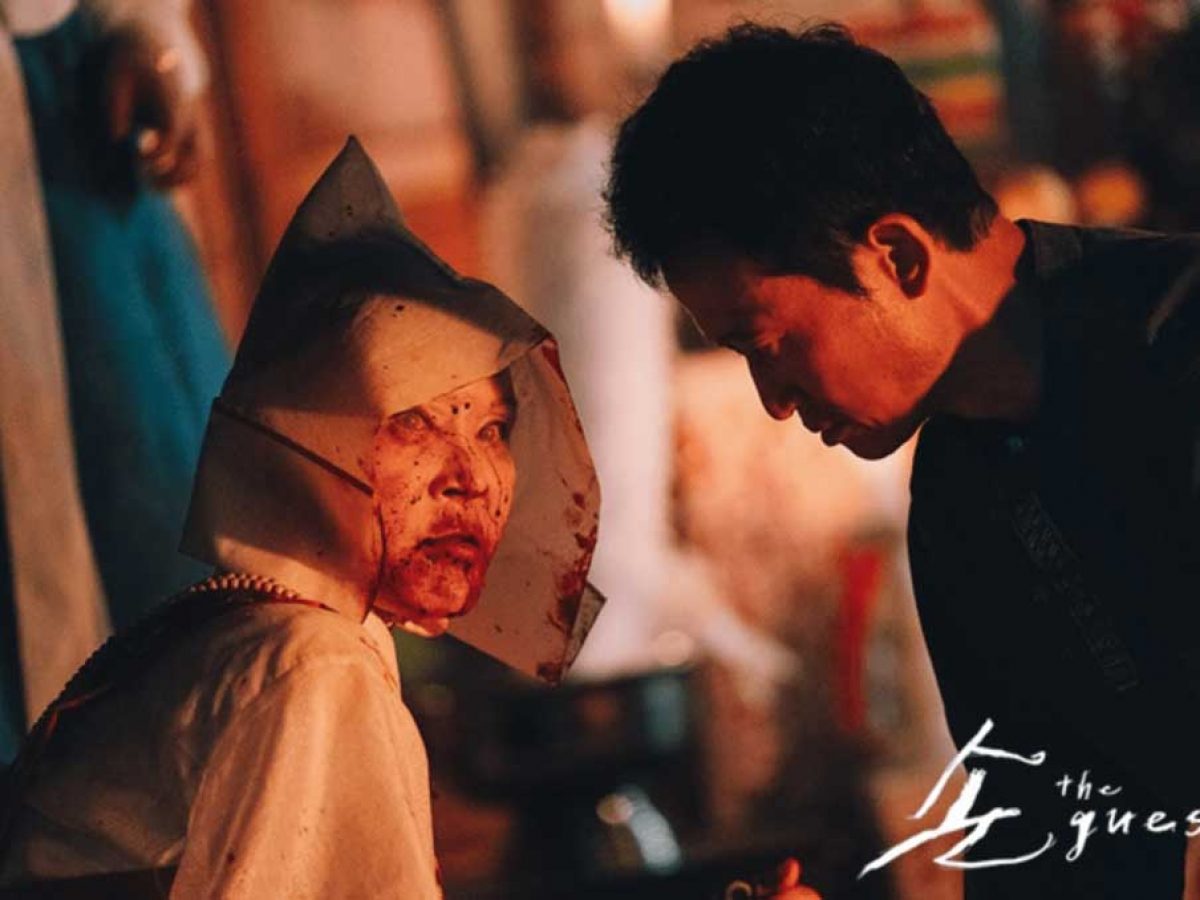 Some of the Best Horror K-dramas To Watch On Netflix: A still from The Guest

Hwa Pyung, Choi Yoon, and Kang Kil Yeong met when they were young. Choi Yoon comes from a religious Catholic family, while Kil Yeong is a daughter of a detective. Their families were killed by the demons, and they couldn’t do anything. But moving forward to twenty years, the three gets a chance for revenge. Hwa Pyung works as a taxi driver, Choi Yoon is a priest with exorcism being his specialty, and Kil Yeong is a detective who doesn’t believe in ghosts.

As the demon starts killing people once again, the three takes it into their hand to solve the matters. With all its content, “The Guest” is one of the terrifying k-dramas to watch on Netflix. With each episode having a runtime of 1 hour & 7 minutes, The Guest has a total of 16 episodes.

Also Read: Kdramas To Watch If You Are Single On Valentine’s Day, Based On Your Mood!

The 2019 k-drama “Strangers From Hell” is getting all the recognition it deserves. Fortunately, it is one of the best horror k-dramas to watch on Netflix. The OCN k-drama has a stellar cast and an interesting storyline, along with a 10/10 review from k-drama fans.

The k-drama stars “Bada and Crazy” fame Lee Dong Wook and “Tracer” fame Im Si Wan in the lead roles. Followed by Ahn Eun Jung, Lee Jung Eun, Park Jong Hwan, Lee Joong Ok, and Kim Ji Eun as the supporting cast members. Based on the webtoon of the same name, “Strangers From Hell” follows Yoon Jong Woo, a guy in his 20s, as he moves to the countryside for a new job. 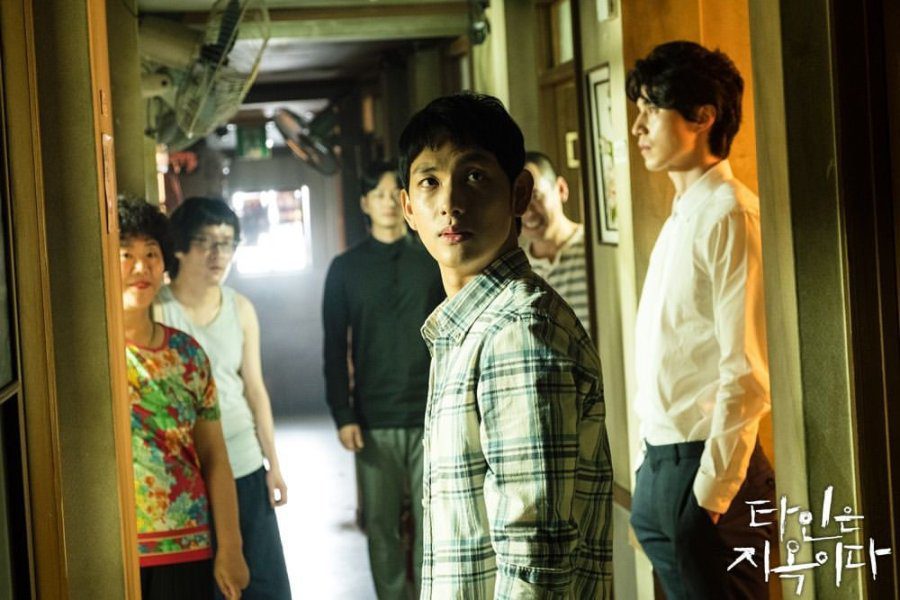 Some of the Best Horror K-dramas To Watch On Netflix: Strangers From Hell

Finding a place to live, Jong Woo comes across Eden Gosiwan, a cheap hostel with a shared kitchen and bathroom. Planning to live there until he saves enough to move out, Jong Woo starts living there. But meeting his neighbors, he is not so sure about sharing his things with them. As mysterious events start occurring in the apartment, Jong Woon has no idea what to do but tries to figure out what is actually happening. With each episode having a runtime of 60 minutes, “Strangers From Hell” has a total of 10 episodes.

Also Read: Strangers From Hell Ending Explained: What Happened to in the End? Spoilers and Assumptions

The 2013 k-drama “The Master’s Sun” is considered a classic k-drama for the time you are just a beginner in the world of k-drama. And luckily, it is one of the best horror k-dramas to watch on Netflix (thanks to all the ghosts). The k-drama definitely has some amazing and talented cast members. It stars “It’s Okay, That’s Love” fame Gong Hyo Jin, “Oh My Venus” fame Seo Ji Sub, “The Smile Has Left Your Eyes” fame Seo In Guk, and “Kill Me, Heal Me” fame Kim Yoo Ri.

The story follows Joo Joong Won, a greedy CEO of a conglomerate called Kingdom. His business includes a lot of department stores and hotels. One day, he comes across Tae Gong Shil, whom he finds very gloomy. 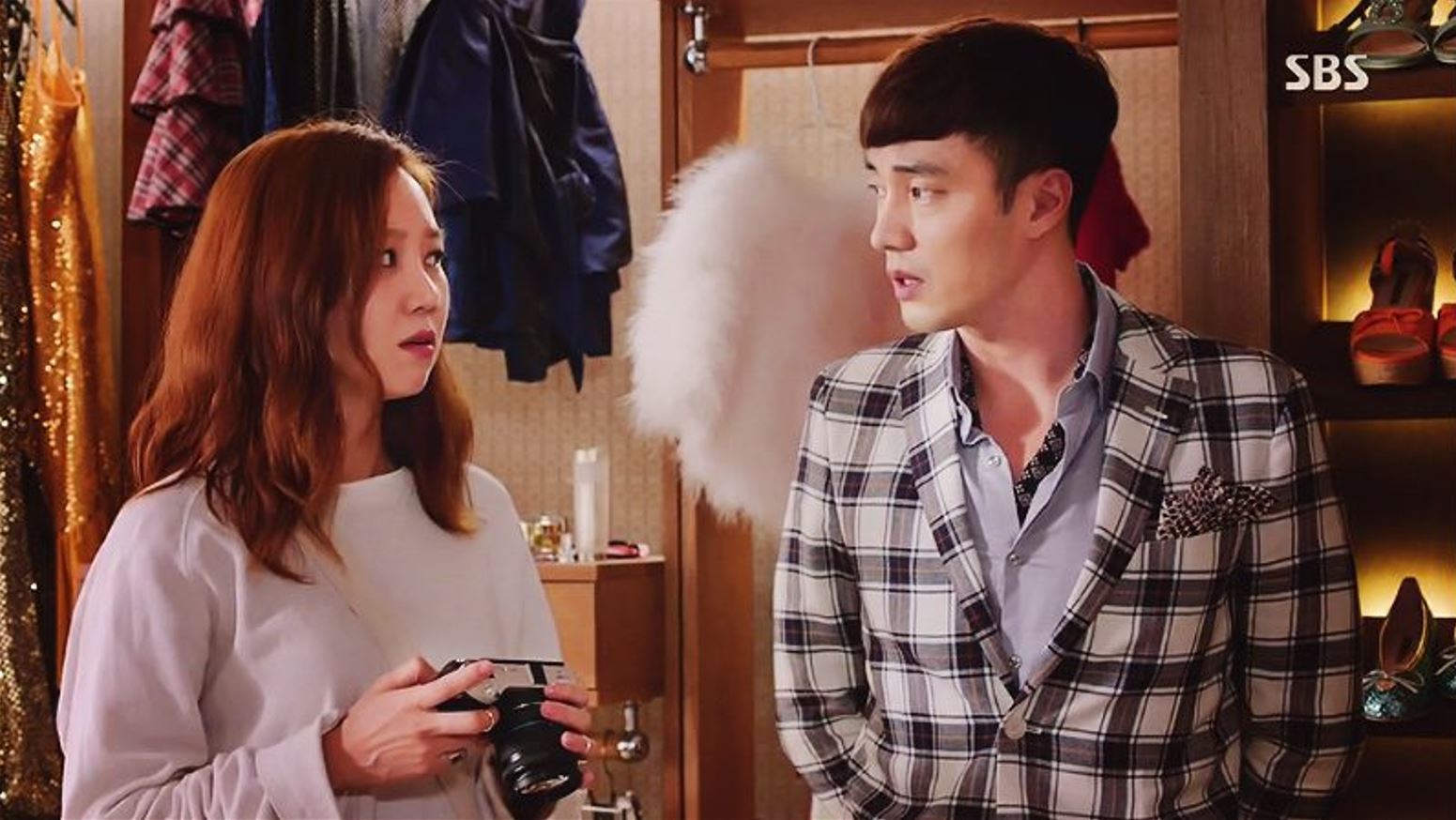 Some of the Best Horror K-dramas To Watch On Netflix: A still from “The Master’s Sun”

Talking to her, Joong Won gets to know that after getting into an accident, Gong Shil got the ability to see ghosts. Now she has insomnia and dreads living her daily life. The two decide to team up and work together to deal with the terror and sadness that ghosts bring to life. Working together, they also get a chance to dig deeper into a kidnapping incident in Joong Won’s past. And as everything happens, the two end up falling in love. Along with creepy ghosts that chill us to the core, we get some romance as well. According to the fans, the ones who haven’t watched this one are missing out on some great stories and acting.

With each episode having a runtime of 64 minutes, “The Master’s Sun” has a total of 17 episodes.

The 1216 k-drama “Nightmare Teacher” or “Nightmare High” is one of the best horror k-dramas to watch on Netflix. But why it’s one of the best? Cause high schools are a bit of a nightmare for a lot of us, and it is also one of the shortest dramas. The k-drama stars “Penthouse: The War in Life” fame Um Ki Joon as the main villain in the show. Coming to the high school as the new teacher, he goes on to teach the students a quite scary lesson. 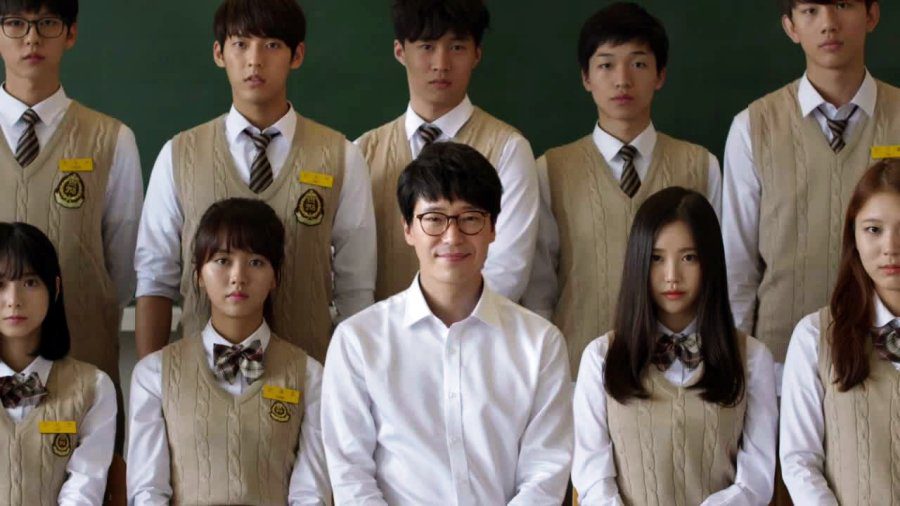 Some of the Best Horror K-dramas To Watch On Netflix: Nightmare Teacher

The story follows teacher Han Bing Joo as with his arrival, every wish starts coming true. From the bullying to be stopped to one topping the exams, every wish of his class starts coming true. But there are consequences. Before class president Ye Rim realizes what was wrong, the time was already ticking, and all of her classmates were gone. With no one by her side, she tries to save everyone from the nightmare teacher. “Nightmare Teacher” is a one-time watch as it has nothing much to offer other than the horror and creepy aspects.

With each episode having a runtime of 15 minutes, “Nightmare Teacher” has a total of 12 episodes.

Another mini-series by Netflix, “Goedam,” is a horror k-drama with an intriguing storyline. The k-drama stars Song Chae Yun, Jung Young Ki, Joo Bo Bi, Han Ga Rim, Lee Hyun Joo, Seola, Lee Yeon Ju, Ryu Je Seung, and Shim So Young as the main leads. “Goedam” is actually an anthology series that followed some of the most popular urban legends in South Asia. With each episode having a runtime of 10 minutes, “Goedam” has a total of 18 episodes. Each episode tells the tale of an urban legend that shakes us to the core. 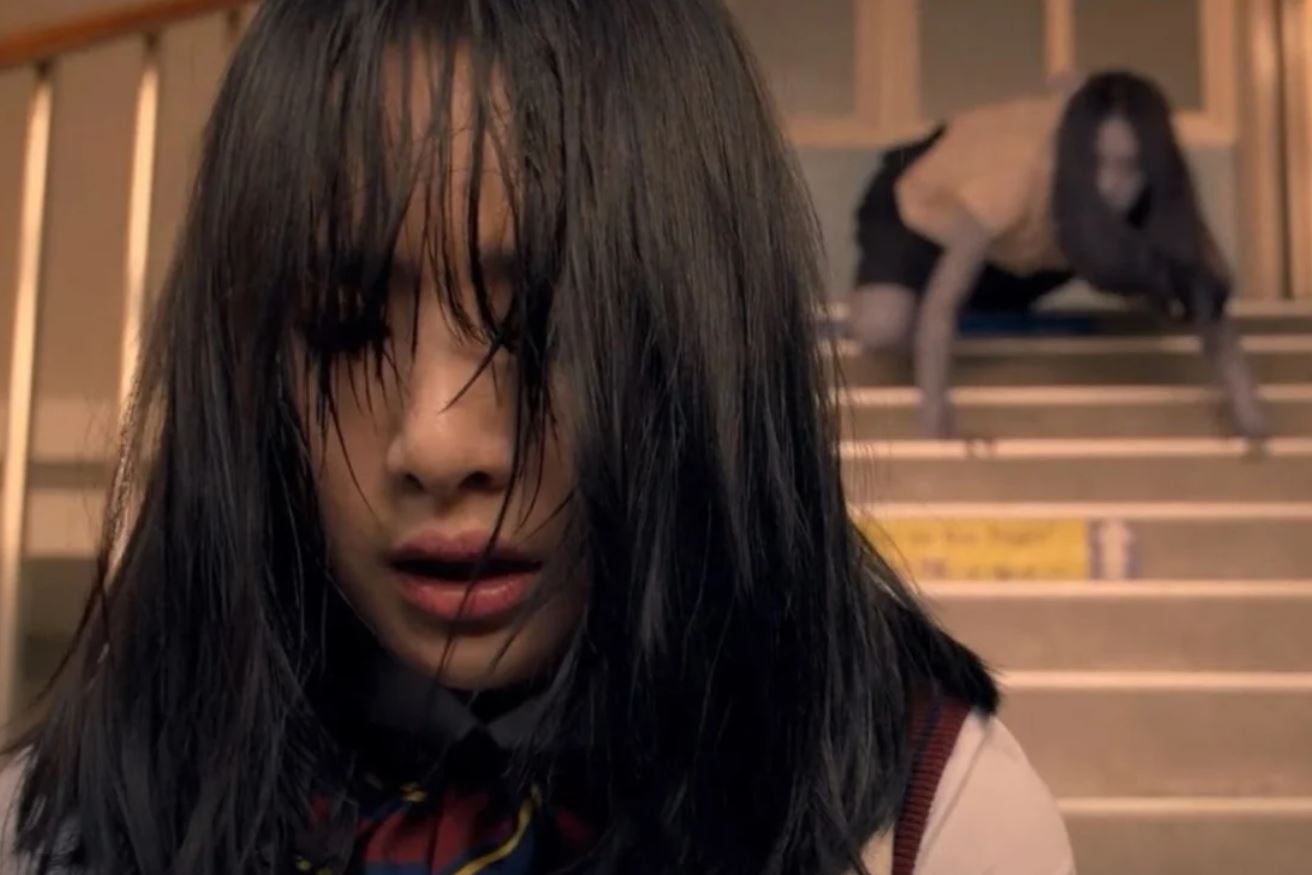