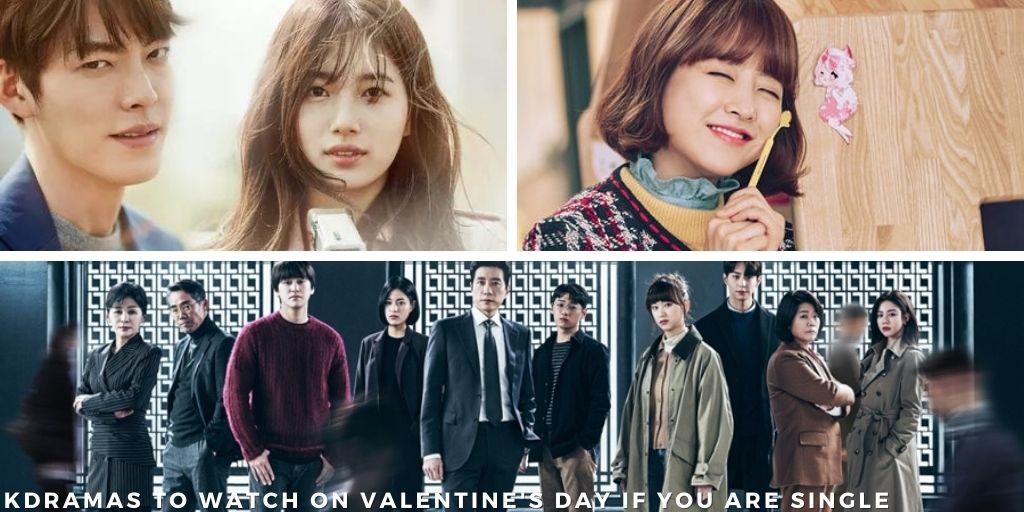 Here are kdramas that will not make you feel left out if you are a single person on valentine’s day! Kdramas have taken over the world, and rightly so! When you keep your stereotypical thoughts aside, then you might see that the whole category has a wide range. You could go for Romantic kdramas that will give you the butterflies or you could enjoy watching mystery and thriller kdramas that will keep you up at night, there are no limits. In addition to that, the kdrama realm has given the audience one of the most beloved characters, friends, and couples.

As you have clicked on this article, we would assume that you are most probably a single person. And as Valentine’s day is drawing nearer, you can’t help but feel that you are the odd one out. Don’t worry, kdramas have got your back! Whether you want to have a good laugh or you want to cry your worries, or you want to distract yourselves by watching thrilling kdramas, we have prepared a list of kdramas that you will enjoy watching on Valentine’s Day as a single person. Watch your pick!

Kdramas That Will Make You Laugh Out Loud:

Strong Woman Do Bong Soon is unarguably one of the best kdramas that has it all. First of all, it serves us with one of the best couples ever, Do Bong Soon and Ahn Min Hyuk. Ahn Min Hyuk had fallen for Do Bong Soon when he saw how powerful she could be. He learned not to be tricked by her cute charms and innocent looks because from inside, this girl had the power to move mountains with her hands.

Not only does Storn Woman Do Bong Soon has the ideal cute couple and love triangle, it even adds a little bit of salt with the antagonist, a serial killer who targets young women to make them his so-called wives. Now it is up to Do Bong Soon to decide whether to save the girls of her neighborhood or come out of hiding place and show the serial killer who’s the boss. 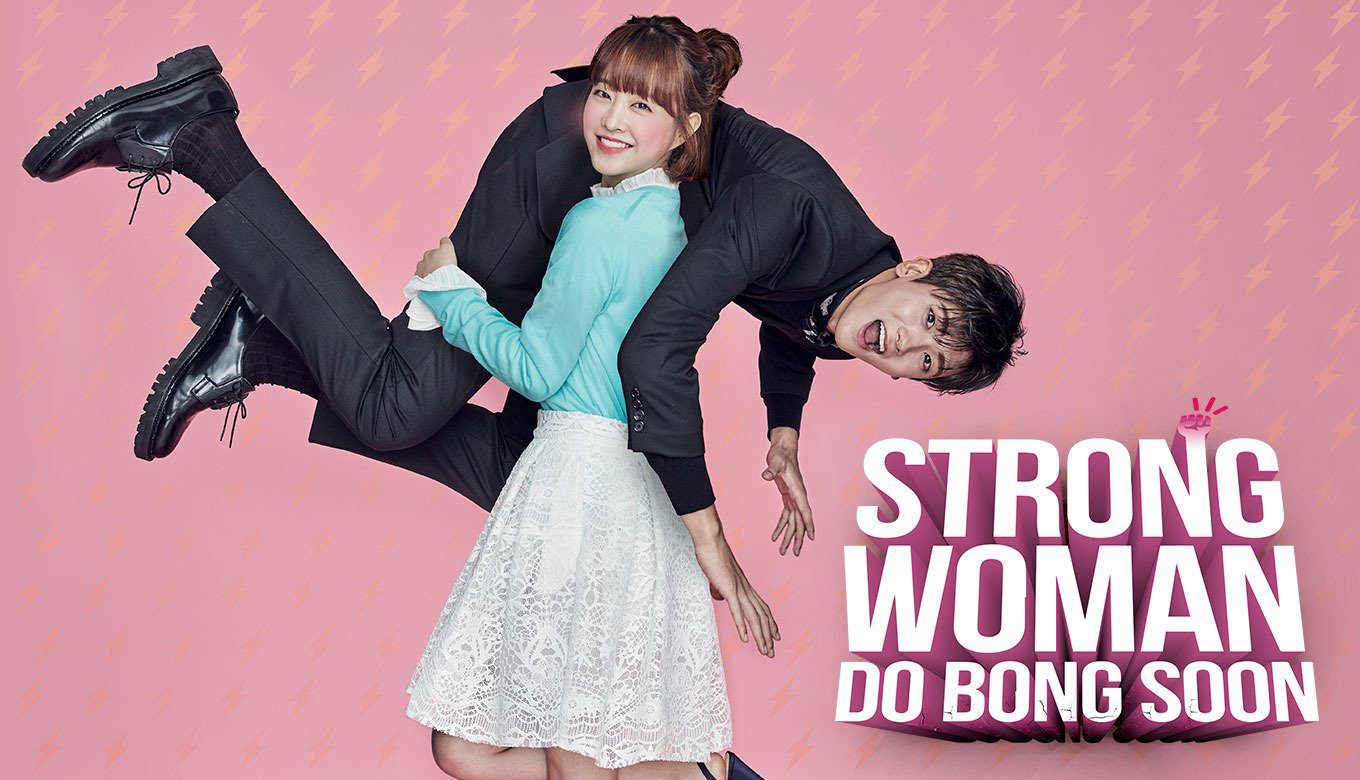 Welcome To Waikiki or Eulachacha Waikiki is one of the best comedy kdramas up-to-date, so if you want a good laugh on Valentine’s day, Welcome to Waiki should be one of your top picks. The story starts with three men Dong Goo who wanted to become a director, Joon Ki abnormal actor, and Do Shik, who writes to make a living, decide to open a hotel in Itaewon called Waikiki. They receive help from three women Dong Goo’s younger sister Seo Jin, single mother, Yoon Ah, who made an unexpected stop in Waikiki with her baby, and lastly, Dong Goo’s ex-girlfriend Soo Ah. The happenings set in this uncomfortable atmosphere make the audience laugh nonstop. Welcome to Waikiki has an amazing cast consisting of Kim Jung Hyun ( Crash Landing On You), Jung In Sun ( Let Me Be Your Knight), Lee Yi Kyung ( Descendants Of The Sun), and more! So what are you waiting for? Go and watch Welcome To Waikiki on Rakuten Viki?

3. The Sound Of Your Heart

The Sound Of Your Heart is a kdrama that will make you laugh stupid with the shenanigans of the characters. The kdrama had been adapted from a webtoon by the same name and was written by Jo Jo Suk. Although the fact that it was adapted from a webtoon would be a red flag, for many kdramas, this isn’t the case with The Sound Of Your Heart. According to the audience, The Sound Of Your Heart was as equally as funny as the webtoon and sometimes, if possible, was funnier than the original webtoon itself. The story is inspired by Jo Jo Suk’s life himself, including his brother Jo Joon and his girlfriend turned wife Ae-Bong. 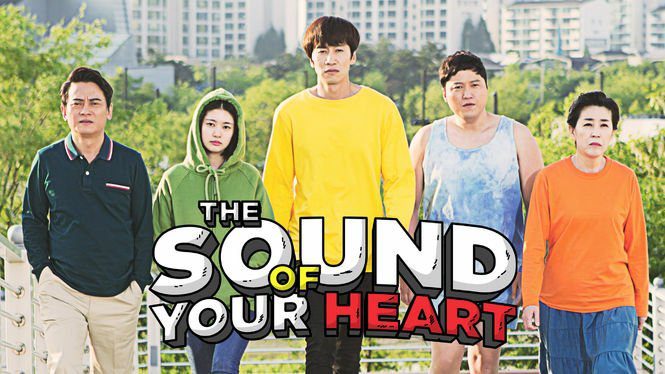 The Sound Of Your Heart cr: Netflix

The cast of the kdrama includes the Running Man fame Lee Kwang Soo, Kim Dae Myung ( Hospital Playlist), Jung So Min (The Smile Has Left Your Eyes), Kim Byung Ok ( Show Window: The Queen’s House), and Kim Mi Kyung ( 18 Again). If that does not persuade you, Soong Joong Ki has a cameo in The Sound Of Your Heart. Now to forget that each of the 20 episodes is only 15 minutes but is full of fun and laughter. If kdramas that make you laugh on the floor is your cup of tea, go ahead and watch the episodes of The Sound Of Your Heart on Netflix!

Kdramas That Will Make You Ball Your Eyes Out:

If there is one drama that will guarantee a bucket full of tears, it is definitely the Kim Woo Bin and Bae Suzy starrer melodrama, Uncontrollably Fond. This drama is written by Lee Kyung Hee, who is known for writing some of the best K-dramas in the melodrama genre, such as Chocolate, The Innocent Man, and I’m Sorry I Love You. Furthermore, the drama is co-directed by Park Hyun Suk (Stranger 2) and Cha Young Hoon (When The Camellia Blooms). And as if the plot of the drama was not sad enough, the lead actor, Kim Woo Bin, was revealed to be suffering from nasopharyngeal cancer soon after the drama. 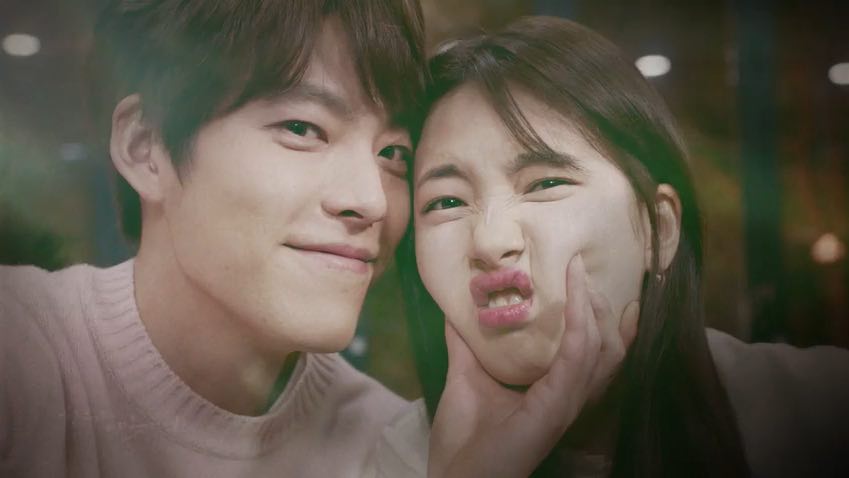 Uncontrollably Fond revolves around Sin Joon Young and No Eul, who were madly in love during their childhood days. However, they had to part ways due to uncontrollable tragedies that strike their lives. Moreover, Sin Joon Young becomes a popular superstar, whereas No Eul follows her passion and makes documentaries. When the two meet again years later, will it be possible for them to fall in love again? The drama aired on KBS2 in July of 2016. Over the course of sixteen episodes, Sin Joon Young and No Eul try to navigate their way through the hardships of life to find love in each other. You can watch this tear-jerker drama on Rakuten Viki.

One of the most layered stories that we have in K-drama land comes from the Kim Won Suk (Signal), and Kim Sang Woo ( Extraordinary You) directed drama, My Mister. Moreover, My Mister has been written by Park Hae Young, who has previously given us amazing stories such as Another Miss Oh and Two Weddings In A Funeral. Despite being a drama that focuses on the tragedies and despair that the characters face, it is widely accepted as a comfort K-drama. Additionally, My Mister not only has a powerful storyline but also a talented cast that makes the drama unforgettable. The main cast of the drama includes actors such as Lee Sun Kyun (Diary Of A Prosecutor) and IU (Hotel Del Luna). 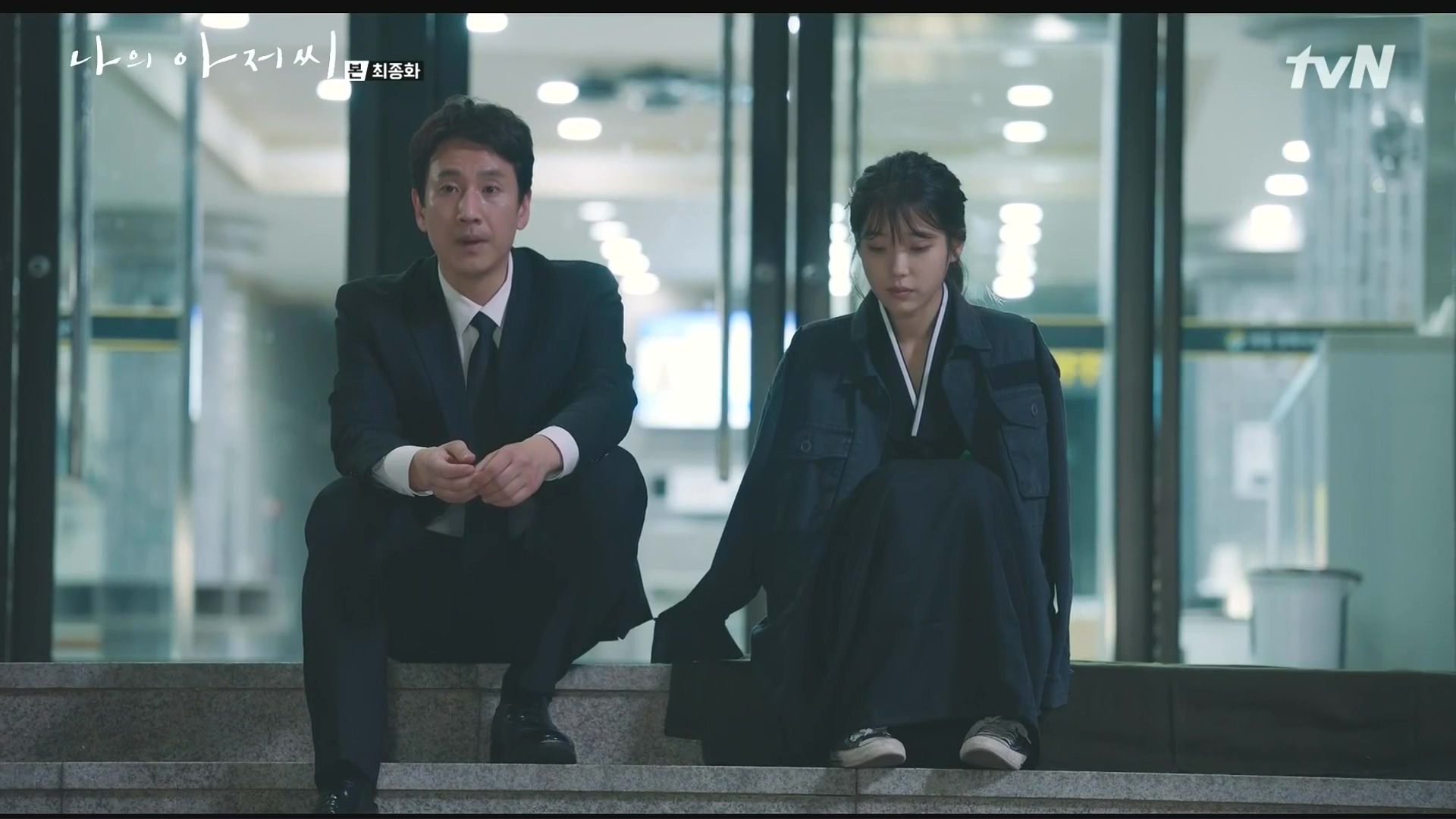 The plot of this drama revolves around Park Dong Hoon and Ji An. Although Park Dong Hoon is stable according to society’s eyes, as he is an engineer who is married to the top-shot attorney named Kang Yoon Hee. However, a closer look shows that Park Dong Hoon’s wife is cheating on him with the CEO, Do Joon Young. On one unusual day, Park Dong Hoon gets caught while receiving a bribe. The person that catches Park Dong Hoon is none other than Lee Ji An. Lee Ji An is neck-deep under debt. When two people who have lost faith in both love and life, a tragic and moving story ensues. The drama brilliantly highlights the importance of loving oneself and humanity. My Mister is a tvN drama that aired on tvN in March. You can stream it on Rakuten Viki with subtitles in various languages. 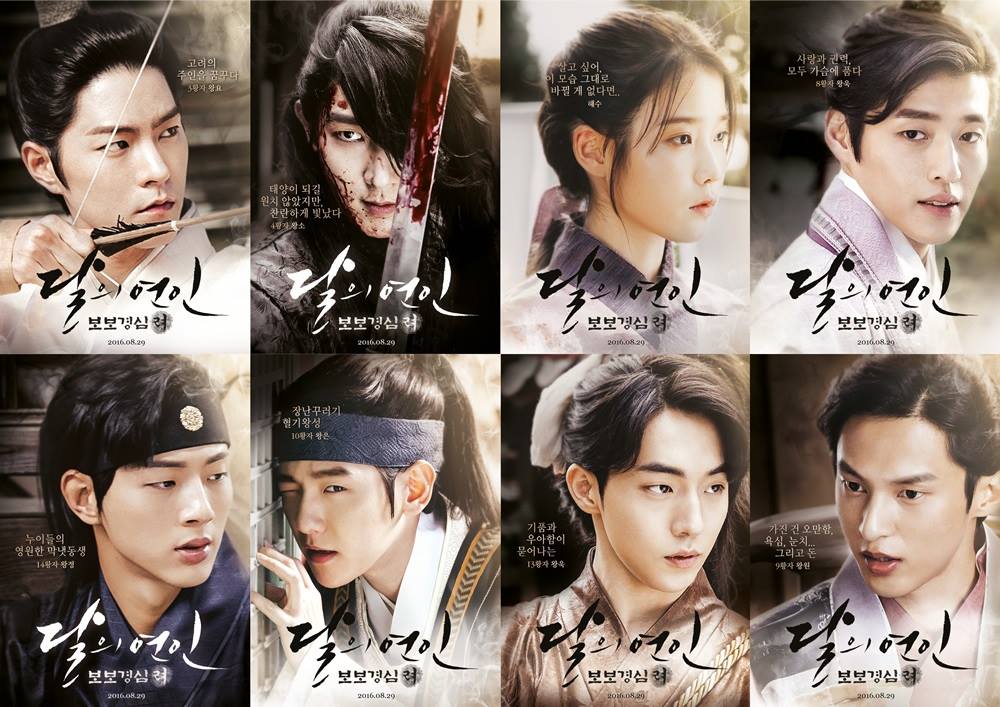 Although the drama started off in a very bizarre manner, with Go Ha Jin time traveling from the 21st century all the way back to the Goryeo Dynasty. Furthermore, she starts living as a sixteen-year-old Hae Soo. While trying to get back to her normal life, Hae Soo or Go Ha Jin ends up winning the hearts of five young and handsome royal Prince. Although the plot seems light-hearted, the chaos and tragedy that ensues is anything but. Moon Lovers: Scarlet Heart Ryeo nails everything from the cinematography to the music. You can stream this masterpiece of a K-drama on SBS VOD.

One of the most underrated K-dramas in the thriller genre is Save Me. Additionally, Save Me is written by the well know Korean screenwriter Jung Yi Do, who was also the mastermind behind Strangers From Hell. Kim Sung Soo, known for his work in Genome Hazard, is the director of this drama. However, it is the dazzling cast of this drama that will have you in awe. Save me stars Seo Yea Ji (It’s Okay To Not Be Okay), Ok Taec Yeon (Secret Royal Inspector Joy), Woo Do Hwan (The King: Eternal Monarch), and Jo Sung Ha (Lovers Of The Red Sky), in its main cast. Moreover, the drama aired on OCN in the August of 2017. 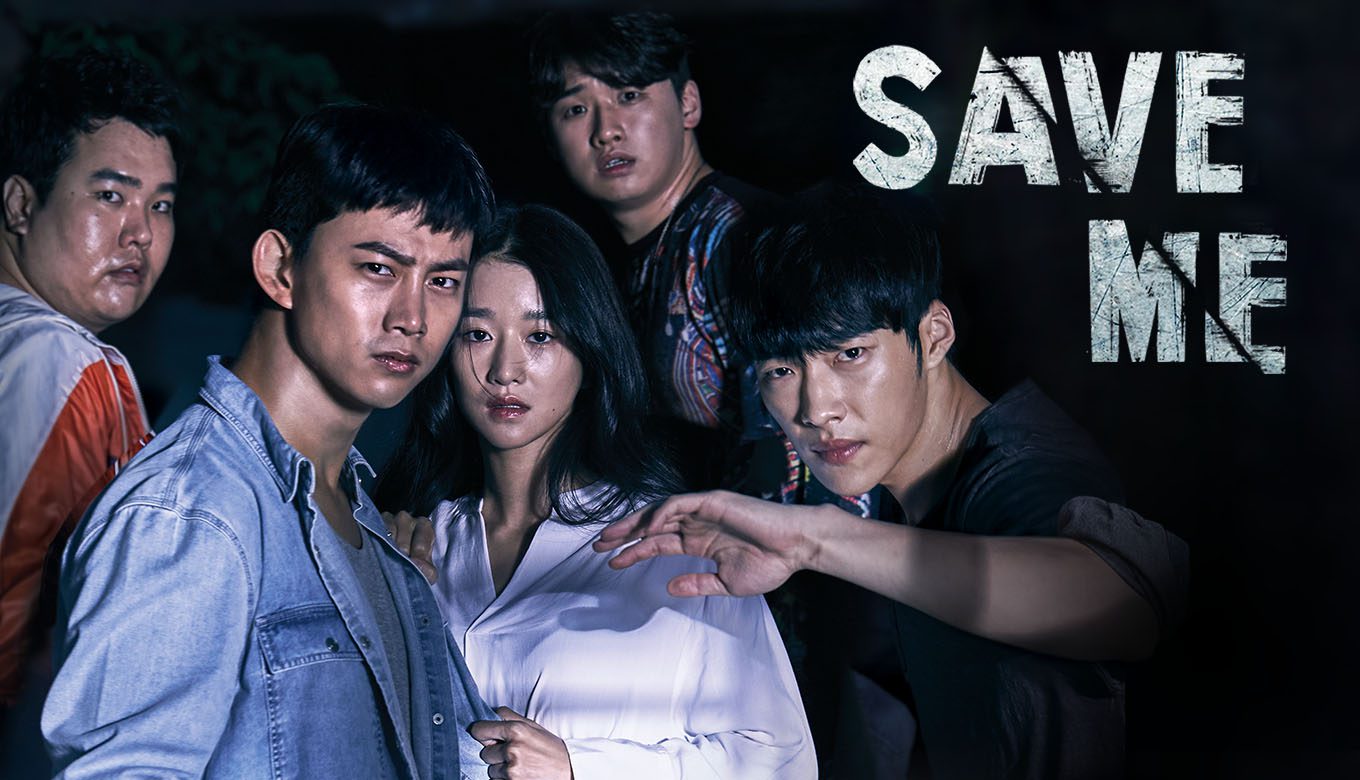 The plot of the drama follows Sang Mi, who is brilliantly portrayed by Seo Yea Ji, as she moves to Muji-gun after her father’s business fails miserably. Sang Mi is a complete stranger in this new place as she does not have relatives or friends in Muji-gun. When her family keeps running into unexpected and unusual problems, a Spiritual Father named Baek Jung Ki offers his help. What they don’t know, however, is that they are slowly getting pulled into a pseudo-religious cult. But thankfully, for Sang Mi and her family, four young men named Han Sang Hwan, Seok Dong Cheol, Woo Jung Hoon, and Choi Man Hee are there to look out for her. This drama and its mysterious aura will take your mind off of all the sappy romance going on on Valentine’s Day.

If there is one K-drama that truly had us hooked every single second, it is most definitely Law School. Furthermore, this mind-blowing mystery K-drama is written by Seo In, who is known for his work in Judge vs. Judge. Furthermore, the director of this drama is Kim Seok Yeon, who is known for his work in The Light In Your Eyes, My Wife’s Having An Affair This Week, and My Liberation Diary. One of the strongest points of Law School is its talented cast. The main cast of Law School includes actors such as Kim Myung Min (Six Flying Dragons, Miracle That We Met), Kim Bum (That Winter, The Wind Blows, Tale Of Nine-Tailed), Ryu Hye Young (Dear My Room), and Lee Jung Eun (Once Again, A Peace Of Your Mind). 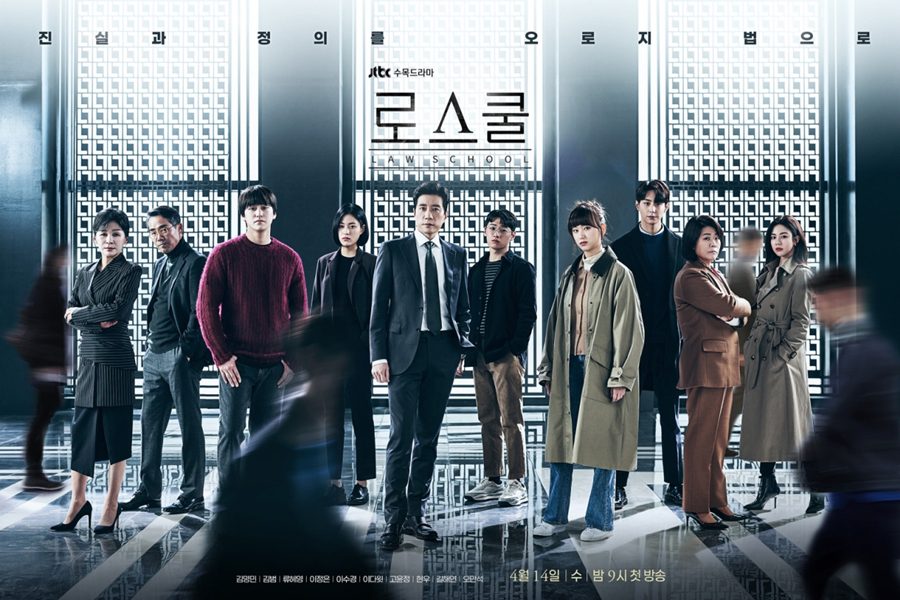 Over the course of sixteen episodes, the drama follows the events after the murder of a professor at a prestigious law school, Hankuk Law University. When the evidence of the uncanny murder point towards a ruthless Professor who is known for his strict teaching methods, chaos ensues. Yang Joon Hoon is a criminal law professor who knows every nook and cranny of criminal law. As the investigation moves forward, the case keeps getting murkier, with students also getting involved. You can watch this spectacular drama on Netflix.

Also Read: Meet The Intriguing Characters Of The Kdrama Thirty-Nine