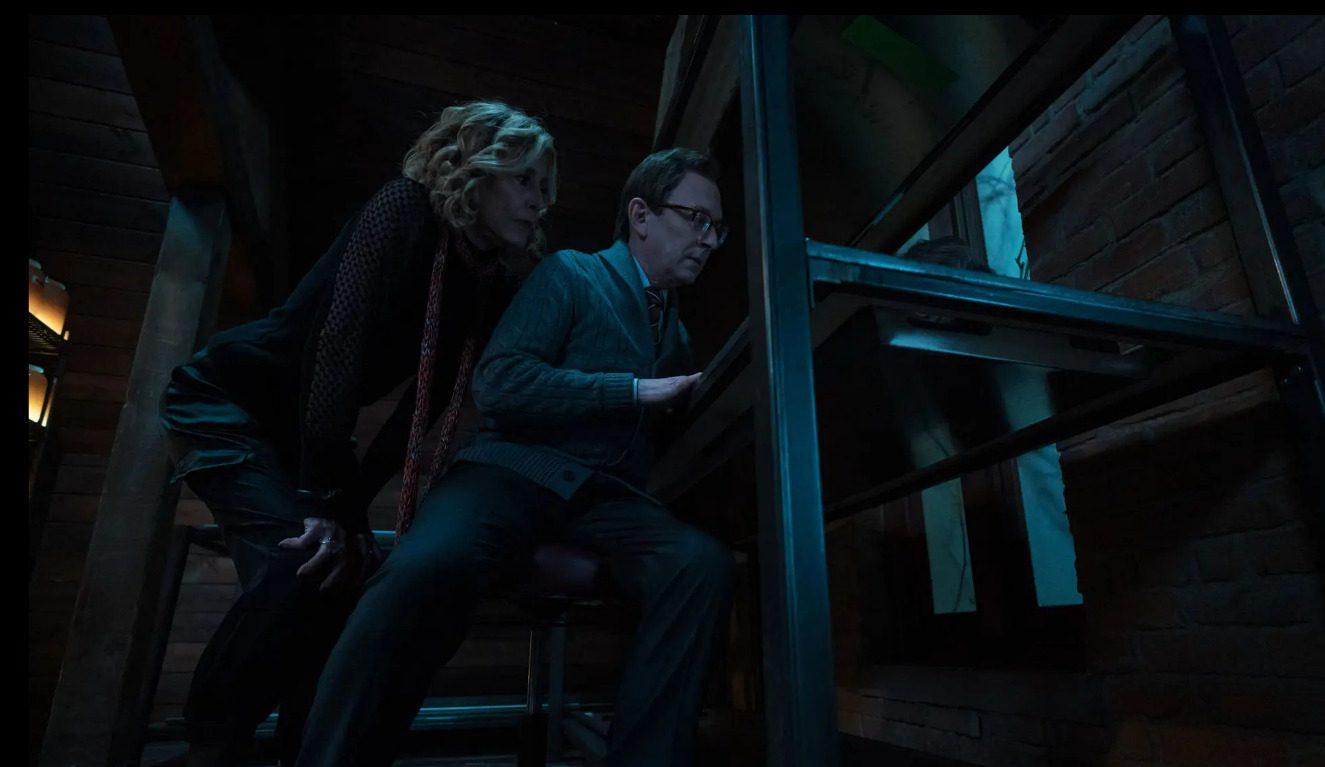 Evil Season 3 Episode 7 might focus on Sheryl’s upcoming actions as well as how Kristen and David might enter the picture. Her character received a pretty big amount of attention in episode 6, and some of her goals are now more apparent than before. She wants to bring down Leland in whatever manner that she can, and you could see what’s going on with Andy as something of a prelude to that.

One of the real confusions that this show is going to face moving forward would be simply what to do/not do once it comes to Michael Emerson as an important part of the show. Although it’s natural to want Leland to receive some form of justice, is there really a way to significantly remove this character from the show? It’s an interesting back and forth to watch, and we’re happy that there are still a few episodes left so that we can keep an eye on it and sort of see where things go. Of course, we also know that season 4 is on the way, but it’s too early to predict what the major storyline will be.

Before diving into Evil Season 3 Episode 7, let’s quickly do a recap of the previous Episode. In Episode 7, Kristen and the team are looking into Candice, a teenage girl who is chained to her bed and is possessed. Her mother, Gayle requests that Ben, David, and Kristen exorcise Candice. Ben discovers that Candice is secretly filming her stuff for the popular new app Vidtap. Ben finds a video made by The Great Heller that features exactly the same symptoms of Candace’s possession after recognizing the sounds that Candace is making in the video of her being possessed. 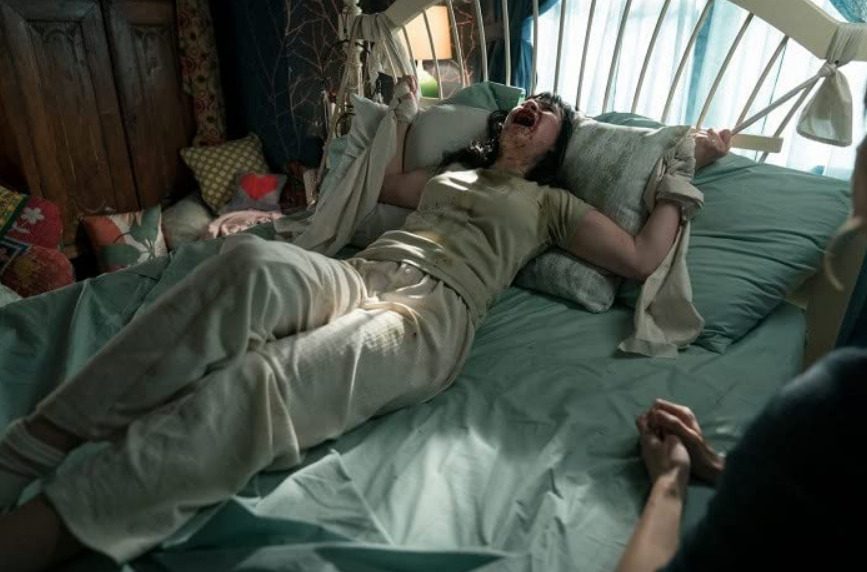 Ben creates a Vidtap video in which he explains how magician The Great Heller convinces his audience to believe that he is actually possessed. The team tries to explain to Gale that Candice is really not possessed but is a copycat. Marie, a single mother, sent Vidtap app footage showing her two kids being attacked by a demon. Ben watches the attack and witnesses the bloodied children who were attacked while they were asleep. Ben, Kristen, and David travel to Marie’s to look into the potential kidnapping of her kids. At home, Kristen discovers that her daughters have written their own rules on the reverse of the rule board she just created.

While David, Kristen, and Ben are performing a foot patrol outside the home, Maria and her children are attacked. Marie goes on to explain that Vidtap is untrustworthy and has taken control of her phone. David, Kristen, and Ben visit Vidtap to speak with company leaders and learn more about their app. The businessman at the company reveals to Ben that Marie is actually modifying her videos. The group witnesses Marie cutting her own kids while claiming a monster is attacking them. When the squad confronts Marie, she tries to knife them all while pretending that she is possessed. Now we will discuss when will Episode 7 of Evil Season 3 will release and what will happen in it. 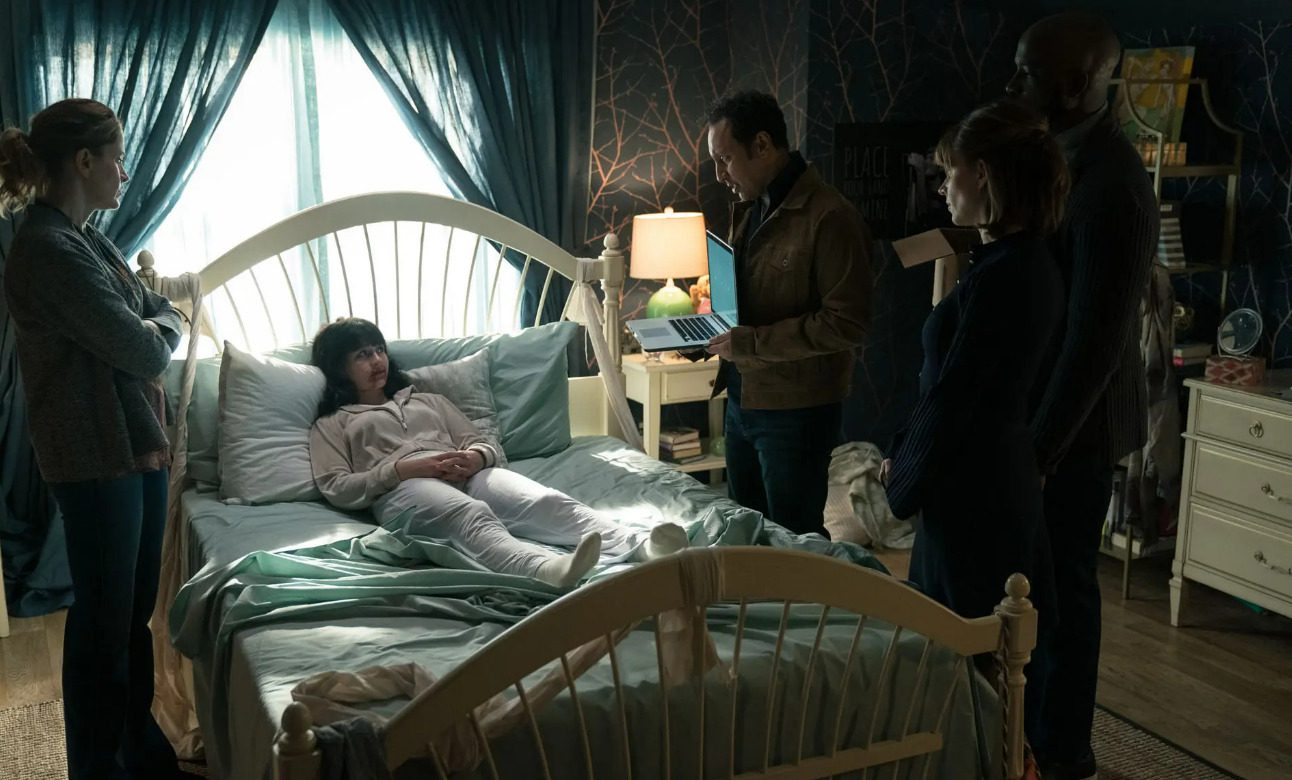 Evil Season 3 Episode 7 will release on 24 July 2022 on Paramount+. Of course, there will still be a standalone story in episode 7 among all of these longer ones, and we tend to assume that it will center on more challenges involving some of these characters. Rest assured, but we’re interested to see how this develops and what we might be preparing for in terms of the finale. We do have a tendency to believe that this could lead to a truly insane conclusion.

Episode 7 of Evil Season 3 will air at 12 am PT on Paramount+. New episodes of Evil are released every Wednesday. You must have a Paramount+ subscription in order to watch Evil because it is a Paramount+ original. There are two options: the $4.99/month ad-supported variant and the $9.99/month ad-free variant. The Premium option offers both the ability to download shows for later watching and access to the local CBS channel. If you live in the UK and would like to watch Evil’s third season, you may do so on the Alibi channel. This means that both Virgin TV and Sky TV will offer the show. It might also be accessible through Sky’s NOW streaming service, which after a seven-day free trial, costs £99 per month.