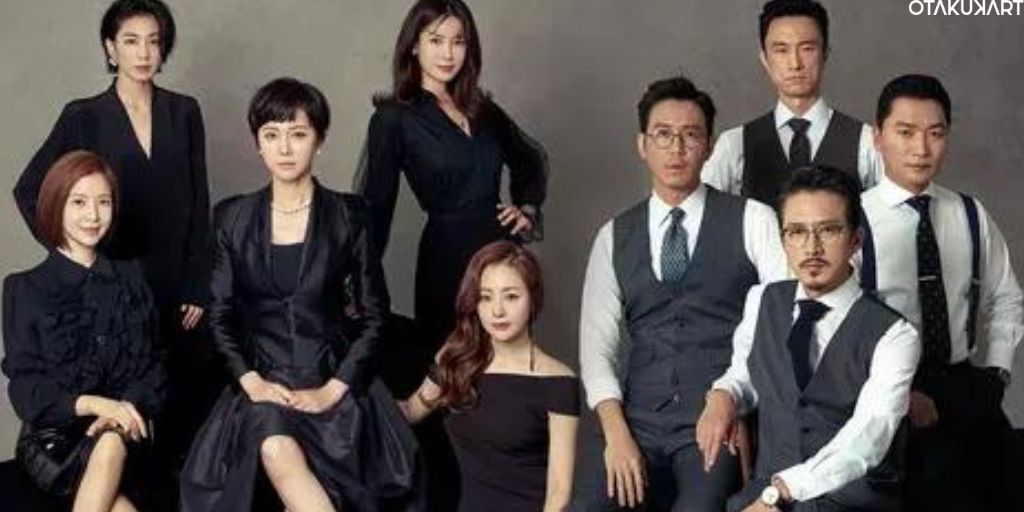 SKY Castle is one of the most iconic K-dramas ever made, and if you still haven’t watched it, you need to watch it asap! The K-drama gives us a sneak peek into the lives of one of the richest communities in the world, named the SKY Castle. SKY Castle is a luxurious private neighborhood where wealthy doctors and professors live.

All the mothers of the neighborhood, namely Han Seo Jin, Noh Seung Hye, Jin Jin Hee, and Lee Myung Joo, want their children to enter prestigious universities and come throw any obstacle thrown at them that prevents them from reaching this goal. They actively support the education of their children and basically exist for this reason.

Everything seemed to be going really well for Myung Joo as her son had successfully passed the entrance exam of Seoul National University as a medical university, but things went awfully bad. With things worsening for the family, the family eventually moves out. Replacing them is Soo Im, and in the eyes of the SKY Castle, her inferior family moves in. As Soo Im gets to know the place, she genuinely starts worrying for the children of the neighborhood and takes it on herself to take care of the children and find out how the grade coordinator Kim Joo Young is related to all the horrible events that happened to Myung Joo’s family.

Along with having a thrilling plot, SKY Castle has a star-studded cast. The mothers are played by  Yeom Jung Ah (Cleaning Up), Lee Tae Ran (Yellow Handkerchief), Yoon Se Ah ( A Gentleman’s Dignity), and Oh Na Ra (My Mister). Other notable actors in these series include Kim Hye Yoon (Extraordinary You) and Kim Seo Hyung (Mine). Looking at the plot and cast of SKY Castle, you might see why people want to watch it. In this article, we will be filling you in on everything you need to know to watch SKY Castle!

How To Watch Sky Castle K-Drama?

SKY Castle is available on many official streaming websites, so you can easily watch the K-drama. You can watch SKY Castle on Disney+ Hotstar (selected regions only), Netflix, Rakuten Viki (for free), and WeTV (for free). Airing on Fridays and Saturdays from November 2018 and February 2019, it once claimed the title of the highest-rated drama in Korean cable television history. Each episode of SKY Castle, on average, used to get up to 12.500% nationwide viewership ratings. In addition to that SKY Castle has twenty episodes, with each having a runtime of an hour and fifteen minutes. 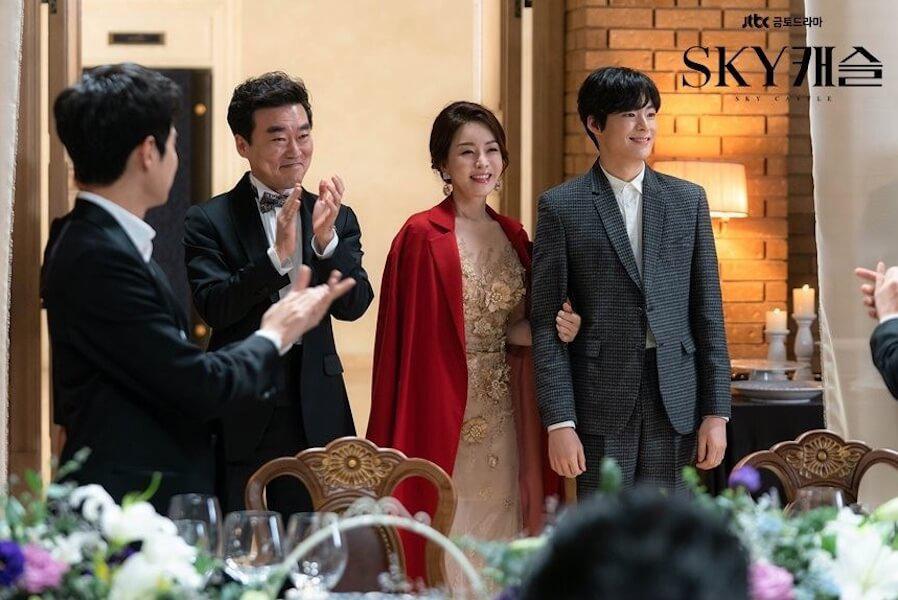 A still from SKY Castle

SKY Castle deals with many psychological problems like family pressure, pressurizing to study, social problems, and parent-children relations, and basically somehow teaches us how the children must not be treated. It even won the Best Drama Series at the 24th Asian television Awards. All in all, SKY Castle is one K-drama that will open your eyes, and you might even be able to relate to. So, do not waste a moment and go watch SKY Castle!

Also Read: Sky Castle vs Penthouse: Which Drama Is Better?