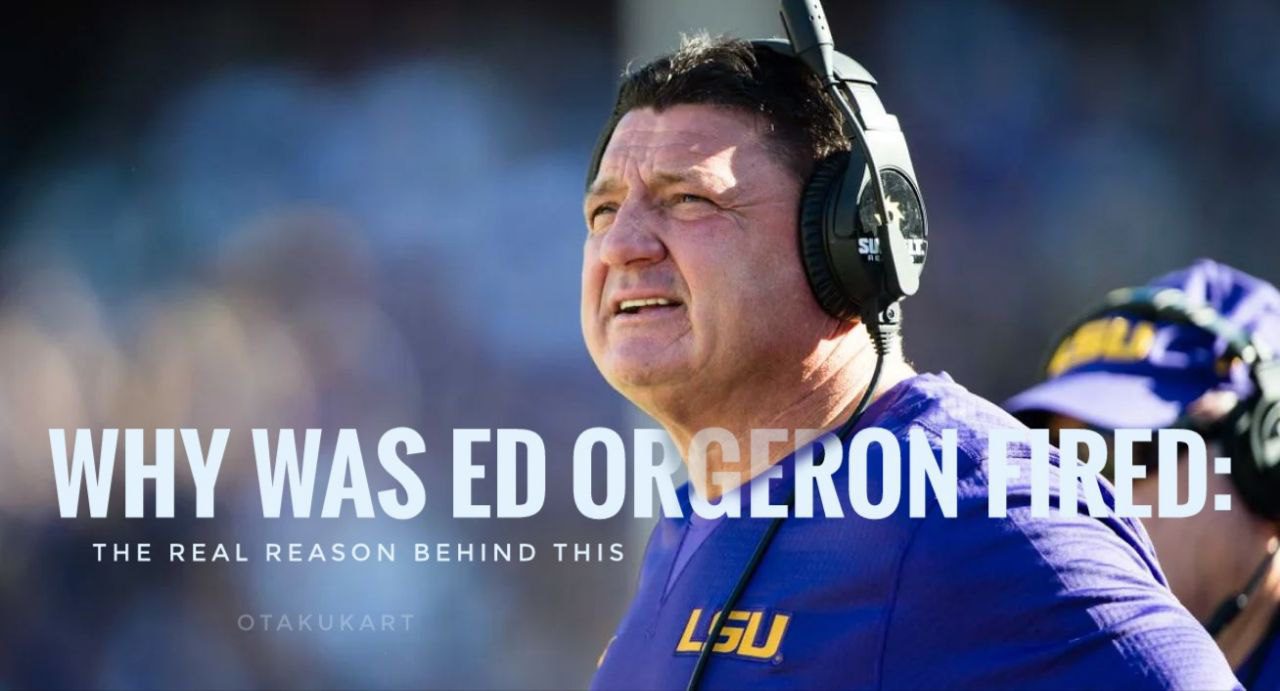 Why Was Ed Orgeron Fired The Read Reason Behind This

More than three years ago, we, as college football fans, watched one of the most magical seasons in college football history. The 2019 Louisiana State University Tigers had it all in a high-flying offense, a stud quarterback, a young innovative offensive coordinator, and a high energy fast, talking players coach, Coach Ed Orgeron. That 2019 Louisiana State University Team would have an undefeated season, National Championship, and to some, it would go down as the Best Team ever assembled. Although that was only three years ago, because of the lack of success and other factors, the 2021 season was the last season for Coach Ed Orgeron at Louisiana State University.

Why Was Ed Orgeron Fired: The Real Reason Behind This

In October 2021, Louisiana State University made it official and let everyone know that the 2021 season is the last year for Coach O, and he will be out as the head coach. There are a lot of reasons why this happened, and that is what we are gonna talk about today.

Reason Number One is the lack of success. That is no surprise to anybody here that their 2019 season was so successful. The National Football League came calling; basically, the whole offense got drafted to the National Football League. Joe Brady went to them, and their defensive coordinator went on to be the head coach at Baylor University; All-American football wide receiver Ja’Marr Chase decided to opt-out, and when all that happened, the end result was a five in five seasons, Coach O was feeling the heat, and he even said to himself coming into the 2021 season that he was born in Louisiana, he understands Louisiana State University’s expectations, and he said when he was hired, that nobody has to tell him about Louisiana State University’s expectations, he knows their expectations better than anyone.

Well, they come into the 2021 season ranked 16th overall and take an L to UCLA right off the bat; they have to deal with a slew of injuries with no Myles Brennan, no Derek Stingley, and no Elias Ricks, and that gets us to where we are now, Coach O and Louisiana State University agreeing to part ways. This was reason number one because winning and expectations are very important to any program, especially Louisiana State University.

Reason Number Two, during his venture, when players started to lose respect for Coach O, during the highest point of people and athletes speaking out against social injustices, the Louisiana State University Tigers itself decided to skip practice and do a march on campus, well, a lot of people noticed that Coach O wasn’t at their march and that, that became a huge headline you saw it in articles, you saw it online, “Coach O doesn’t support his players marching for social injustice.” 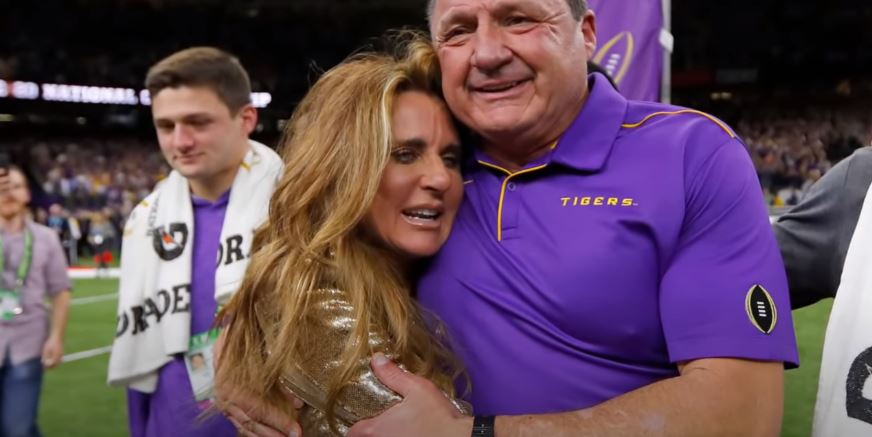 Ed Orgeron and His Wife

Now, Coach O ends up speaking his piece, giving his side, and he said that he didn’t know about the march, he was getting ready for practice, and then he got the call later. Some of the players said Coach O brought them together, and they got things taken care of. After that incident, some reporters said that when his team was majority African-American and they are marching for a cause, and some of them thought he may be fake and phony they didn’t respect Coach O.

Reason Number Three, According to several reports, after Coach O won the championship, he got a divorce from his longtime wife, he got that six-year contract extension through 2026 valued at 42 million dollars, and the last thing he needed to complete the clean sweep, he needed some ladies.