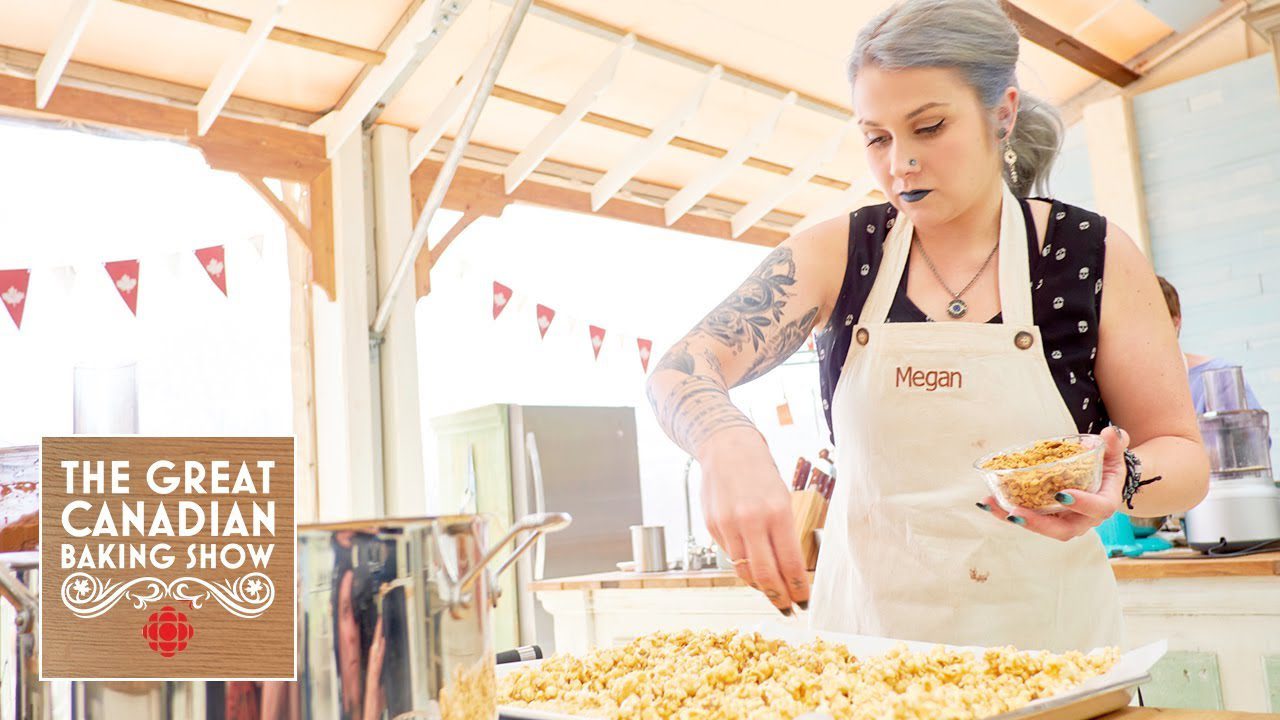 If you love baking, then you must be in love with The Great Canadian Baking Show. This show is back with its season 6 with a new set of challenges to dazzle us each week. The Great Canadian Baking Show Season 6 Episode 7 will be out soon, and if we know one thing for sure, at the end of the show, we will get to see remarkable mouthwatering dishes.

The bakers this season are André, Chi, John, Kristi, Lauren, Jomar, Nigel, Lydiane, Zoya, and Rosemary. They all go through several challenges every week and are ranked amongst each other from top to bottom. Their ranks will be the decision point for who is the great Canadian baker this season. Stay tuned to find out.

This week’s episode was Pastry week. The bakers had to present their creative ideation for the chimney cake. Usually, chimney cakes are hollowed from the inside, but the judges added a twist by asking the contestants to use a filling of their choice in the cake. We saw Kristi make a bold move in making a Japanese-style hot dog rendition. She did pull it off with poise and gathered a lot of praise. The technical challenge had the bakers make mango rose tart with a shortcrust pastry, a mango caviar, a creme diplomat, a tangy mango curd, and a rose-shaped topper of fresh mangoes. Lauren had an outstanding performance in the technical challenge, and there’s no denying how much we all adore Chi and his explaining his process of making mango caviar.

Before the Show Stopper challenges, the judges made it clear that all the bakers needed to pull up their socks, including fan’s favorite John. Seemed like he wasn’t at his best in this week’s episode. For the show-stopper challenge, the bakers had to make baklava towers using two types of baklava using a phyllo pastry as a base.

Zoya, Lauren, and Kristi had the most visually appealing baklava towers, but the judge’s responses told us how Chi’s jam and crushed pistachio baklava had stood out of the group for its taste and technique. Though, Zoya’s baklava tower was of the highest quality and consistency. Zoya was outstanding in this week’s episode with her show-stopper performance.

John seemed like he was confused this week, and even though her bakes were of good quality, they had missed out on one or another pointer. Unfortunately, his journey on The Great Canadian Baking Show was over this season, and he seemed excited to return to the regular normality. His elimination was a key example of the level of raw skill required to be even selected in the first place. There is no denying his talent as a baker, and for one thing, fans will miss him on the show. What To Expect From The Great Canadian Baking Show Season 6 Episode 7?

This week’s episode is “Fancy Desert Week.” We are super excited about this week’s episode, and the name of the episode has already given way to our expectations. The four remaining bakers in the show work on dressing up some deserts. They will start with mochi doughnuts and will present their takes on the rival.

The judges are ready to be impressed this week with jelly art cake, topped with a spectacle wrapped in jelly. Can you guess who the baker of this jelly art cake is? Watch this week’s episode to know for sure and to know what the future holds for the top four of our contestants.

Where To Watch Episode 7 of The Great Canadian Baking Show Season 6?

Episode 7 will allow fans to stream on the official streaming platform. The streaming platform for The Great Canadian Baking show is CBC Gem. Though, if you are watching this show in India, you would need access to VPN to stream this week’s episode and all the previous episodes of this season.