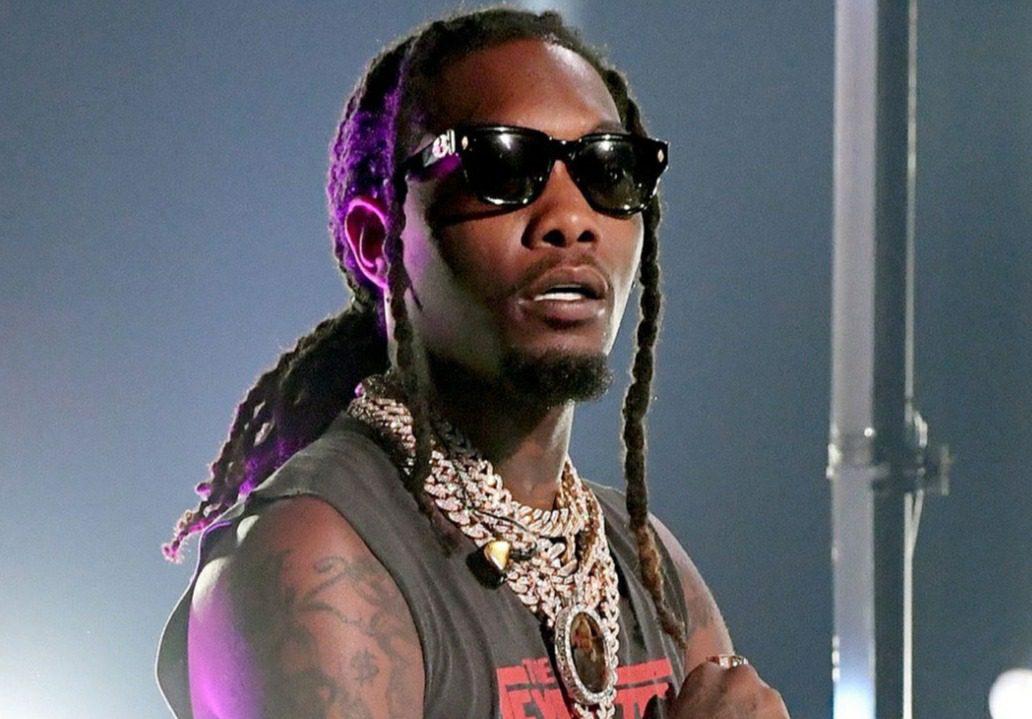 Want to know who has Offset dated? Before getting into the rapper’s past relationships, let’s learn about some of his famous works. Starting from the basics, Offset is originally known as Kiari Kendrell Cephus. He rose to fame by being a member of the hip-hop trio, Migos. Besides that, he has also several solo credits. The list includes- Ric Flair Drip, Red Room, Big 14, Code, Up The Smoke, etc. Also, his debut studio album, Father of 4 became a massive hit. It has made its position under the top ten of the Billboard 200 chart. Little did you know, Offset also served as the judge of The Hype, last year.

Knowing his versatility in the music industry, especially for his rapping skills, fans are lately curious to learn who Offset has dated to date. Well, this American rapper has been romantically related to many high-profile women from the industry, making headlines every time. But, who are they? Let’s dive into this piece to learn about Offset’s Dating History.

Also Read: Cardi B and Offset Reveals The Name of Their First Baby

Who Has Offset Dated? Meet His Ex-Girlfriends

Here is the list of those women whom Offset has dated till now.

Is there anyone who isn’t aware of Cardi B? She is one of the most recognized rappers in the industry, known for her candid lyrics and also her fashion sense. Some of her hit songs are- I Like It, Bodak Yellow, Press, Money, No Love, Be Careful, Ring, Hot Shit, Get Up 10, and many more. Besides her singing career, she has also been on the regular cast of Love & Hip Hop: New York. 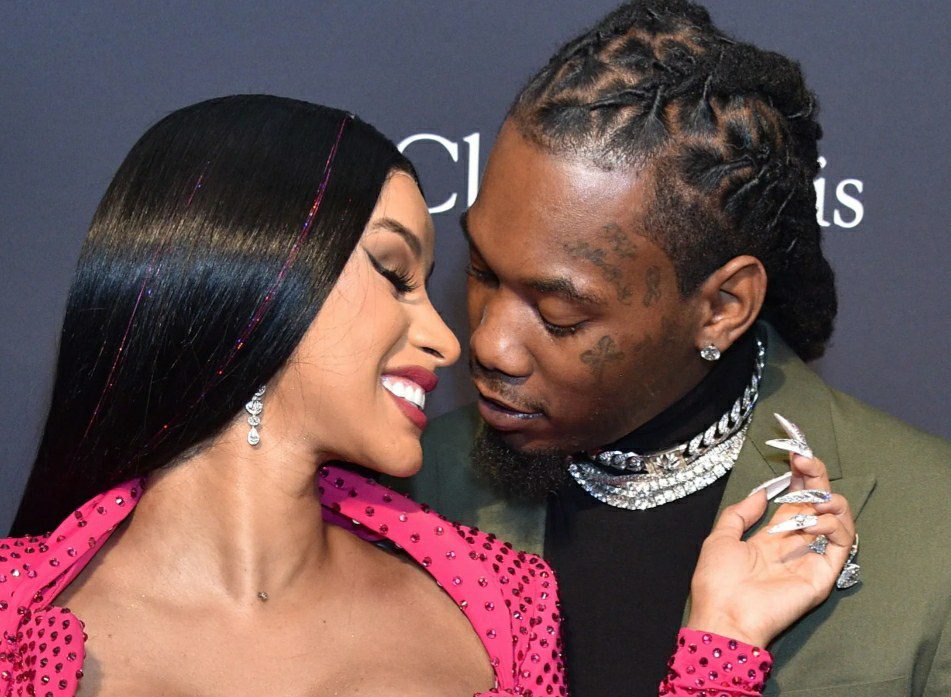 Cardi B and Offset

Coming back to Offset’s relationship with Cardi B, the duo met each other at an industrial event. Soon, they clicked romance and started dating in the early days of 2017. In the same year, on 27 October, he popped up the proposal and it was a yes from Cardi B’s side. Things were pretty much serious between the two. Later, it was revealed that they had secretly tied the knot in September of 2017. In the mid of the following year, they got blessed with a daughter. Their relationship was a bit on-off, causing a split in December 2018. Even though she shared the news of their separation on her Instagram account, they reconciled again.

Cardi B and Offset started making several public appearances together, be it at award shows or just strolling on the street. That made their fans quite happy, knowing about their reunion. In September 2020, Cardi B filed for divorce from Offset. Several cheating allegations were put against him, causing their break up again. But, true lovers are destined to be together, no matter what. They again reconciled. Last year, on 4 September, Offset and Cardi B got blessed with their second child, a boy. Like every other couple, they have faced several ups and downs. Still, they have stuck to each other, no matter what.

Who doesn’t know Amber Rose? For the ones who are wondering, Amber Rose has gained massive popularity after appearing in the music video of Put On by Young Jeezy and Kanye West. She is a stunning television personality, known for starring in Good Mourning, School Dance, Haunting, etc. It was in 2016 when she also participated in Dancing With The Stars Season 23. 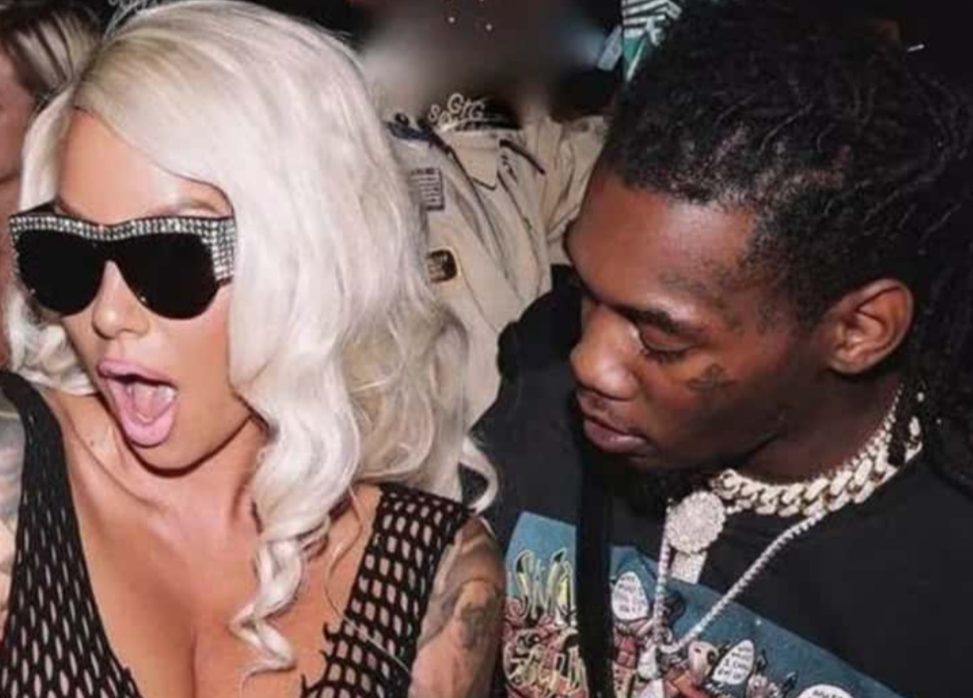 Amber Rose sparked dating rumors with Offset after she was spotted attending his concert in Jacksonville. Both appeared to be very close to each other which fueled. Again, they were found dancing close at a club which made the fans suspect their romance. It was in March 2017 when Offset and Amber started dating. However, their relationship was short-lived, calling it quits after a few months, more precisely in May of the same year.

Talking about who Offset has dated, Alexis Skyy McFarlane is one of them. She has gained major fame from appearing in all three series of  Love & Hip Hop: Atlanta, Hollywood, and New York respectively. 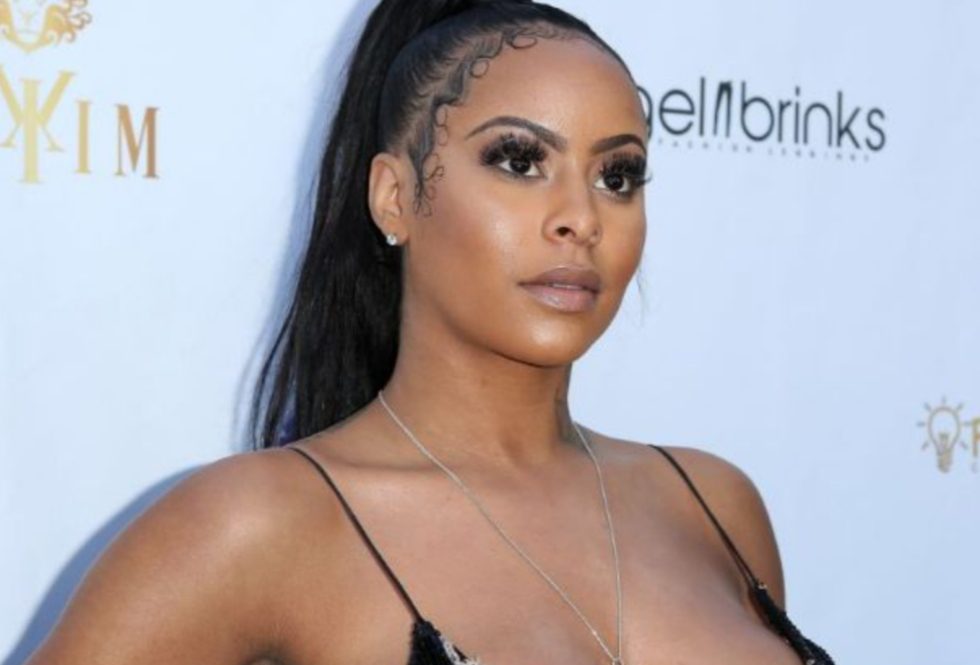 Alexis Skyy has mostly been secretive about her love life. Thus, her relationship with Offset didn’t make many headlines on the internet. Both were alleged to have shared a romance from 2016 to 2017.

If you are very much into Instagram, you must have come across Ayana Charm’s stunning pictures. Well, she is a social media star, more precisely an Instagram model, hailing from Washington D.C. Moreover, she is reported to have a soft corner for rappers, and that is very much evident from the list of her ex-boyfriends. 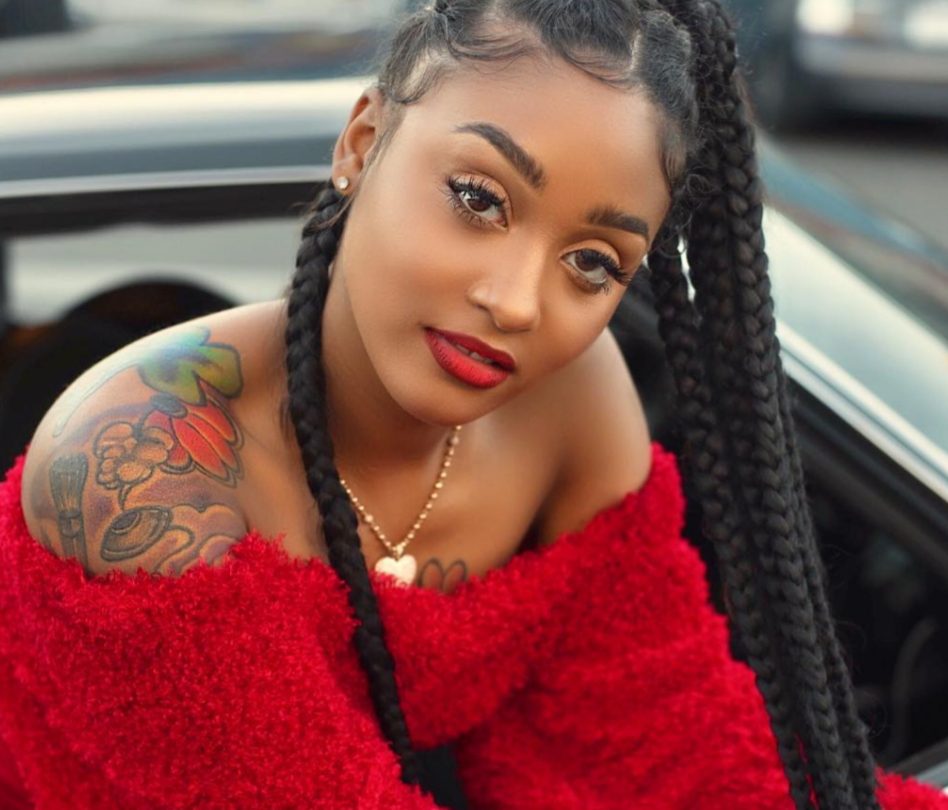 Offset’s relationship with Ayana Charm was for quite some time. To be more precise, they dated from 2015 to 2017. Things between them appeared to be a bit serious. But, we wonder why they parted their ways. The reason is kept under wraps. She also got herself tattooed his name on her leg. Right after their breakup, the model removed the tattoo, and also shared the procedure on social media. That was enough to be sure that both have moved on in their respective lives.

Offset has also dated the musical artist Shya L’amour. She has a versatile distinctive voice, releasing a few songs. If you haven’t heard any, try out listening to Paper Baby, One Of One, We Outside, Bag Talk, Big Boss, etc. 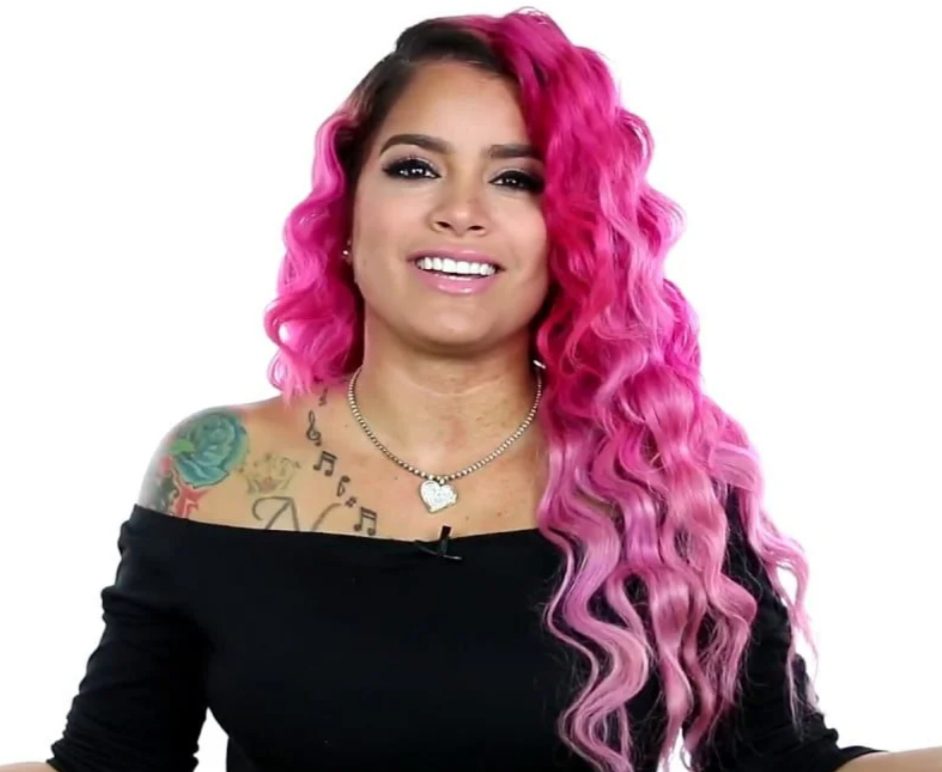 Talking about their relationship, Offset and Shya started dating in 2014. In the third month of the very next year, they got blessed with a cute little daughter, Kalea Marie. Their bond has always been a bit on and off.

Offset is also rumored to have been romantically linked to the Instagram model, Celina Powell. She hails from Denver, Colorado. 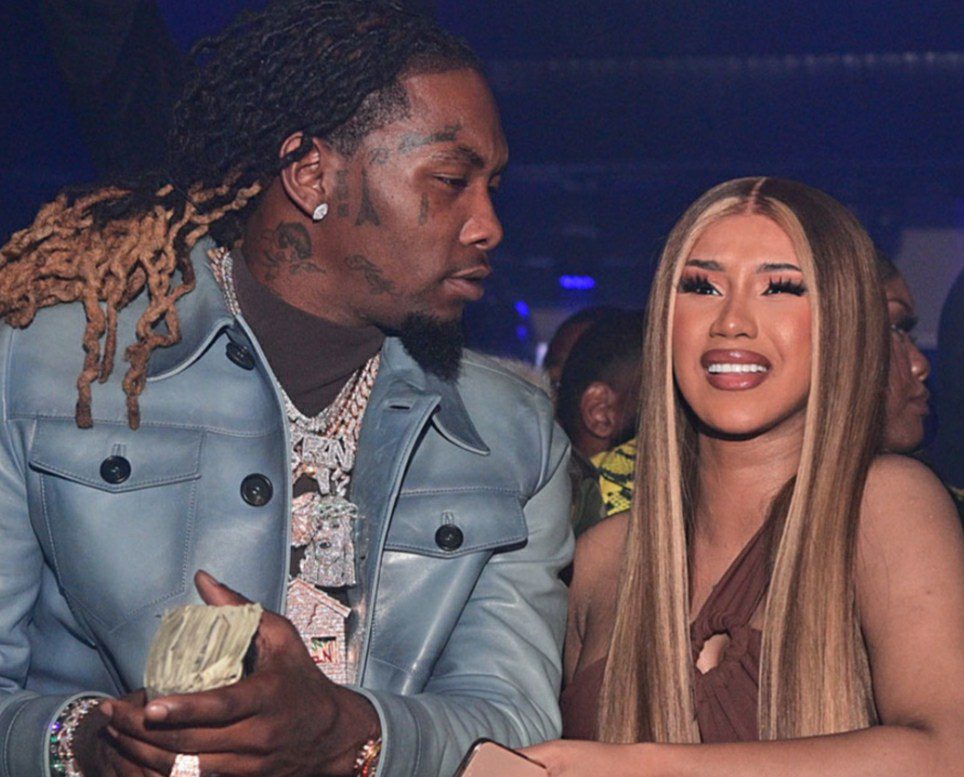 There was a time in 2017 when Celina accused Offset to be the father of the child whom she was carrying in her womb. She also shared the gender of the baby, calling her their daughter. Moreover, she also asked the rapper for a sum of $50,000 for abortion. This also caused enough drama in his engagement to Cardi B. Guess what? She was lying about her pregnancy and later admitted to being fake. Their relationship most probably ended up on bad terms.

Rappers do get along well together. Isn’t it? Offset is rumored to have shared a romance with another rapper, Cuban Doll. Some of her popular songs are- Let It Blow, Drug Dealer, Don’t Talk, Racks Up, Mo Money, Brazy Baby, and many more. 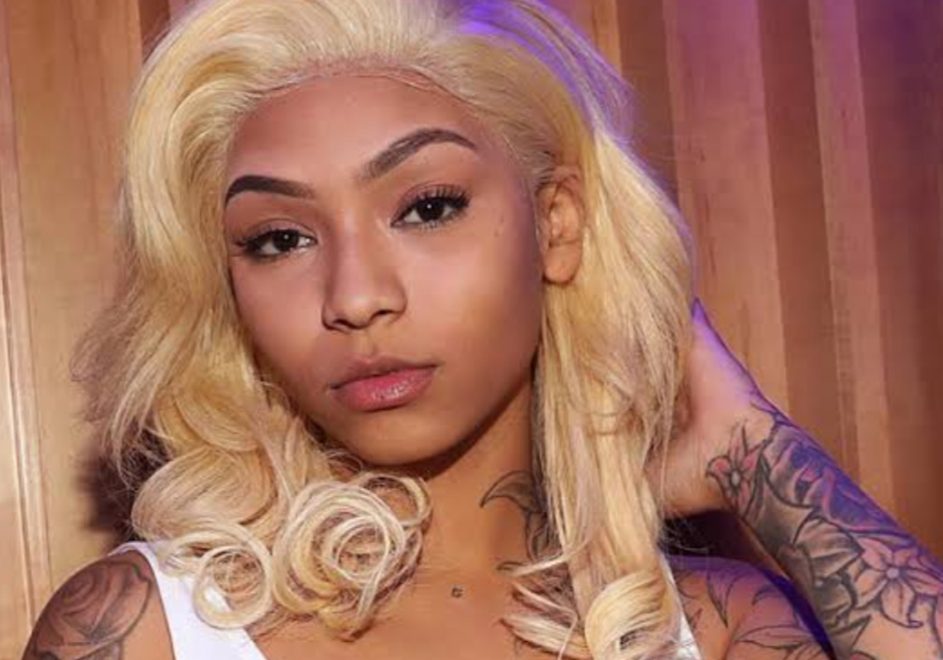 It was in 2018 when several rumors started to circulate about Offset trying to enjoy a threesome with Cuban Doll and one of her friends. That led to cause a huge drama in Offset’s relationship with Cardi B. But, Cuban Doll denied all the allegations and refused saying that she has never gotten hooked up with Offset. She has strictly confirmed not to blame her for Offset’s breakup with Cardi B as she has nothing to do with that. Cuban made it to her Twitter account, saying, “I never went to new or lean leave me alone!” We wonder if Cuban and Offset were an item, in reality.

In case you are wondering about Summer Bunni’s identity, she is a great musical artist. It was in 2018 when Offset was alleged to have shared a fling with Summer Bunni. She got involved with the s*x scandal along with Cuban Doll. For the same, she has apologized to Cardi B for being involved in the scandal which eventually caused their separation. She said, “To Cardi B and her fans, her family, to her situation, these were never my intentions and I never wanted to break up a happy home and be a cause of someone just saying like, ‘F**k it,’ to get a divorce or anything like that.” 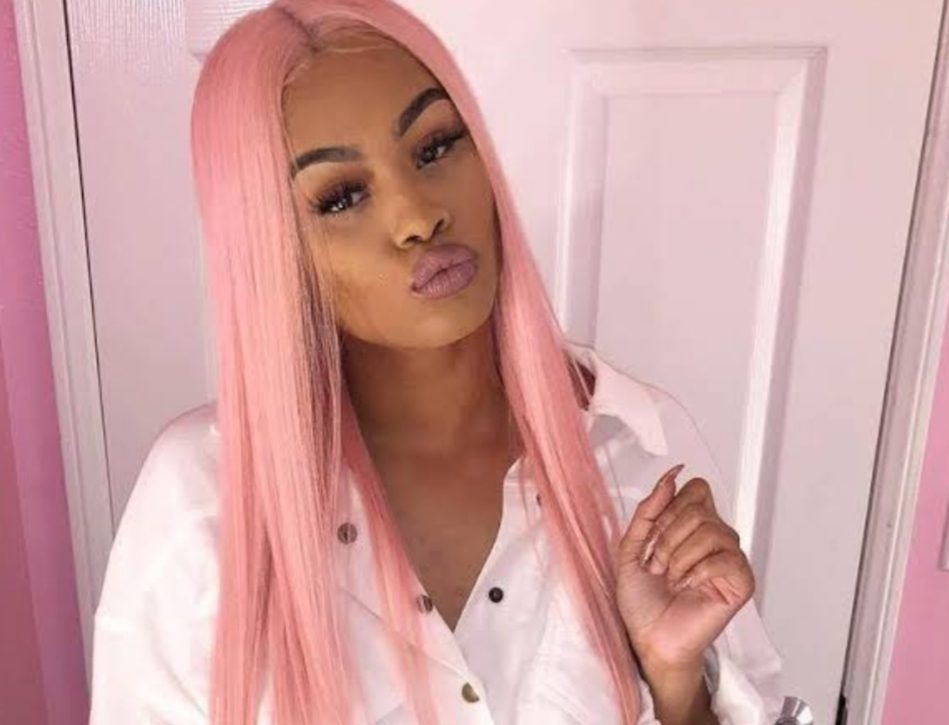 It’s good to see Offset has moved on in life and is doing wonders in his professional field. Best Wishes! We are eagerly waiting for the fall of his next music! You may give Offset a following on his Instagram account for more such updates!