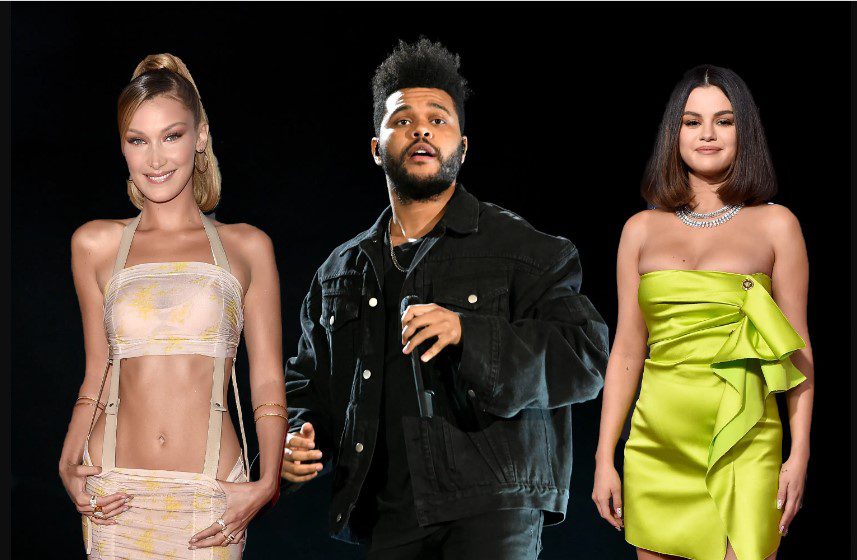 Celebrity dating and love life excite each one of us. We all get curious to know who our favorite star is dating. Here in this article, we are going to have a look at the Weeknd’s dating history. Abel Makkonen Tesfaye, known as the Weeknd professionally, is a Canadian singer and songwriter. The Weeknd’s dating history is full of high-profile names starting from Selena Gomez and Bella Hadid. But his fans are all curious and excited to know who he is dating in 2022. To know the answer, stay tuned and read along.

Let’s dive deep into the life of the Canadian singer before we have a look at his love life and dating history. 32-year-old Abel Makkonen Tesfaye, known as the Weeknd professionally, was born on February 16, 1990. At the time of his birth, his parents were staying in Toronto, Ontario, Canada.

The Weeknd Dating History and Past Relationships:

The Weeknd is the only child of Makkonen Tesfaye and Samrawit Hailu, who separated shortly after Abele was born. After his parent’s separation, he stayed with his mother and grandmother and was bought up in the district of Scarborough. He was raised an Ethiopian Orthodox, that’s what he said when he was questioned about the same in an interview.

Now let’s have a look at the weekend dating history and relationship status. Currently, the Canadian singer is dating Angelina Jolie. Their dating rumors were speculated all over last year when he was spotted with her in a restaurant. Not only that, the two were also spotted hanging out and enjoying each other’s company occasionally. None of them ever replied or ever tried to shut the rumors and their dating speculations.

The Weeknd added fully to the ongoing fire through his new album ‘Dawn FM’. In the song ‘Here We Go Again’ which is a part of his new album, he mentions his new girl. Not only that, he specifies she is a movie star. He was hinting at The Eternals actress Angelina. 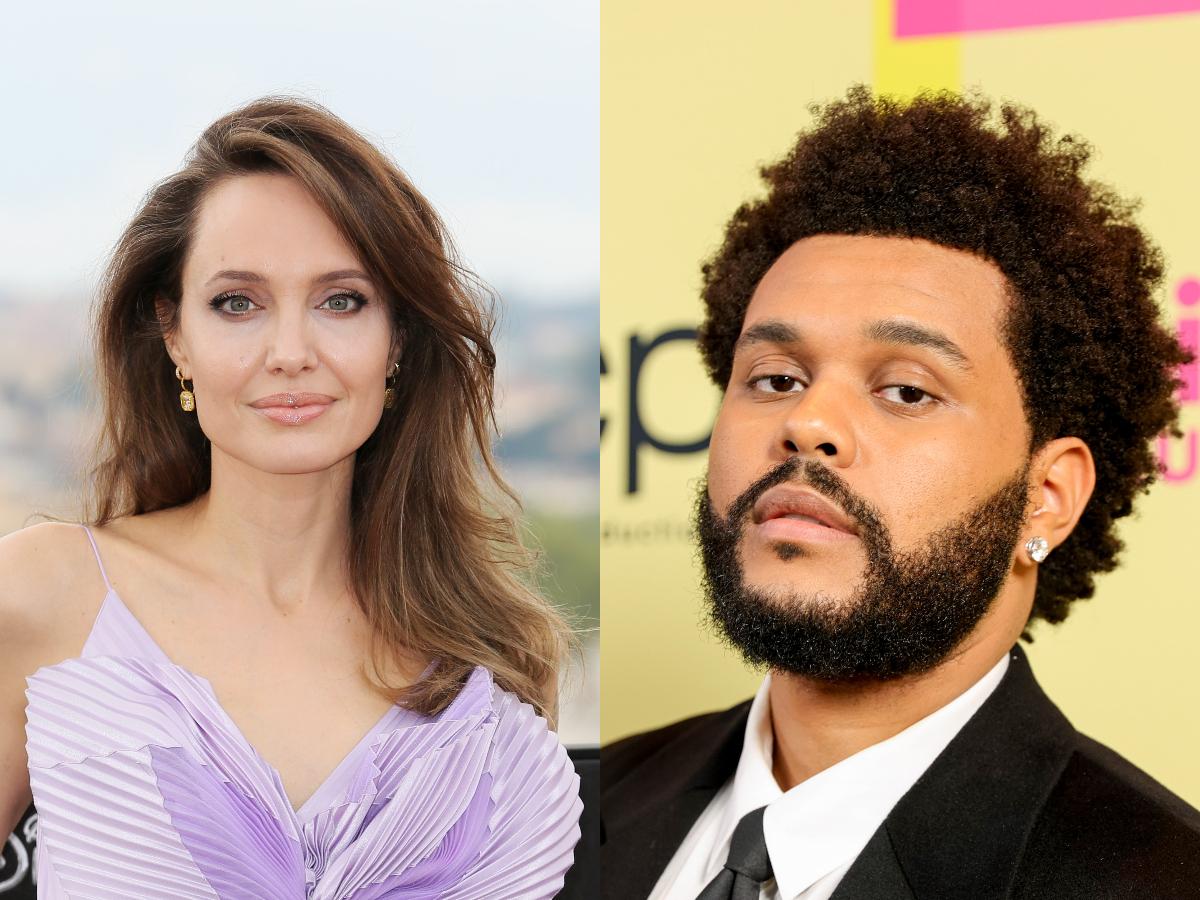 Angelina Jolie and The Weeknd

Before Angelina made an entry into his life, the Weeknd was dating In Your Eyes Star Rosalia. Rosalia and the Weeknd’s dating rumors sparked during the end of 2020. Rosalia and the Weeknd together remixed his hit ‘Blinding Lights. Which was the reason why their fans speculated that they were in a relationship. Following their first remix, they were again spotted together in the Weeknd’s other song, ‘La Fama’. The flirty video and their chemistry gave more hints about their dating. Though both have been spotted together in the videos and on several other occasions, they never addressed their dating speculations. None of them either shut the dating rumors.

The Weeknd and Rosalia

The Weeknd has also been linked to Bella Hadid. Their relationship is traced back to 2015. This is one of the Weeknd’s most famous relationships. They kickstarted dating each other in 2015. Later after one year of dating, Bella Hadid and the Weeknd broke up in November 2016. But again, in 2018, they reunited again for almost a year. After almost a year of dating in, they called it quit officially in 2019.

After his split from Bella, the Weeknd came up with many songs and tracks with heartbreak as its central idea and theme. The lyrics too alluded to his relationship and breakup with the supermodel. After their breakup in 2019, they were spotted together again in 2020 to give it a fresh start and give another chance to their beautiful relationship. 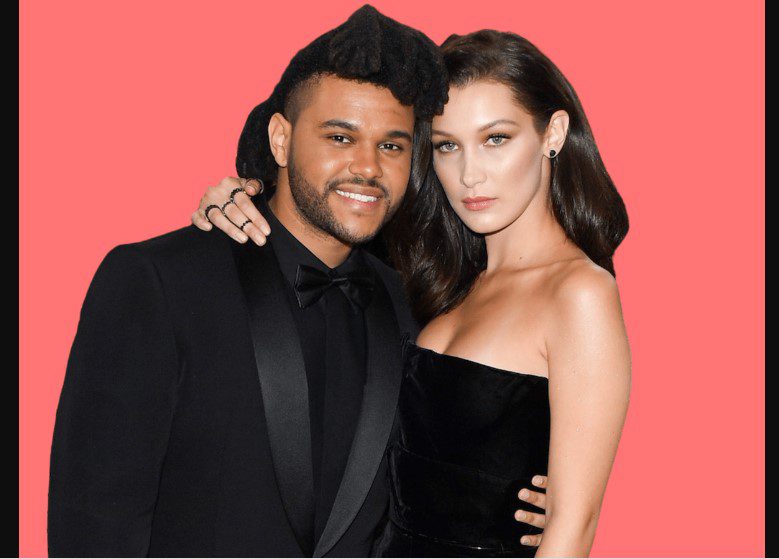 Bella Hadid and the Weeknd

+The Weeknd is also linked with singer Selena Gomez. Before he started dating Bella, Weeknd dated a singer for a short period of time. They kick-started dating each other in October 2017. Selena and the Weeknd remained together for nine months. The reason why they broke up was Selena’s ex-boyfriend Justine. The Weeknd hinted at that when he released his new song the following year, the lyrics of which spoke about his and Selena’s relationship and their breakup. 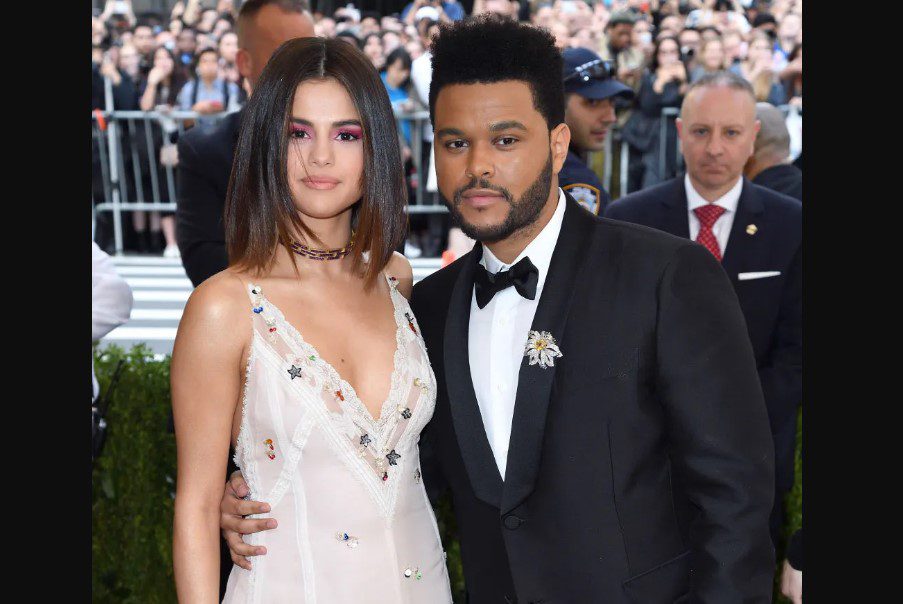 The Weeknd, along with his girlfriend, Selena Gomez

Currently, the Weeknd is linked to Angelina, but it’s not very clear who he is dating in 2022. He and Angelina haven’t made it official, nor have they taken any step to shut the rumors. It’s possible that they are dating and want to keep it secret and away from the public eye.

Also Read: Who Is Gugu Mbatha-Raw Dating? All About The Loki Star’s Personal Life!