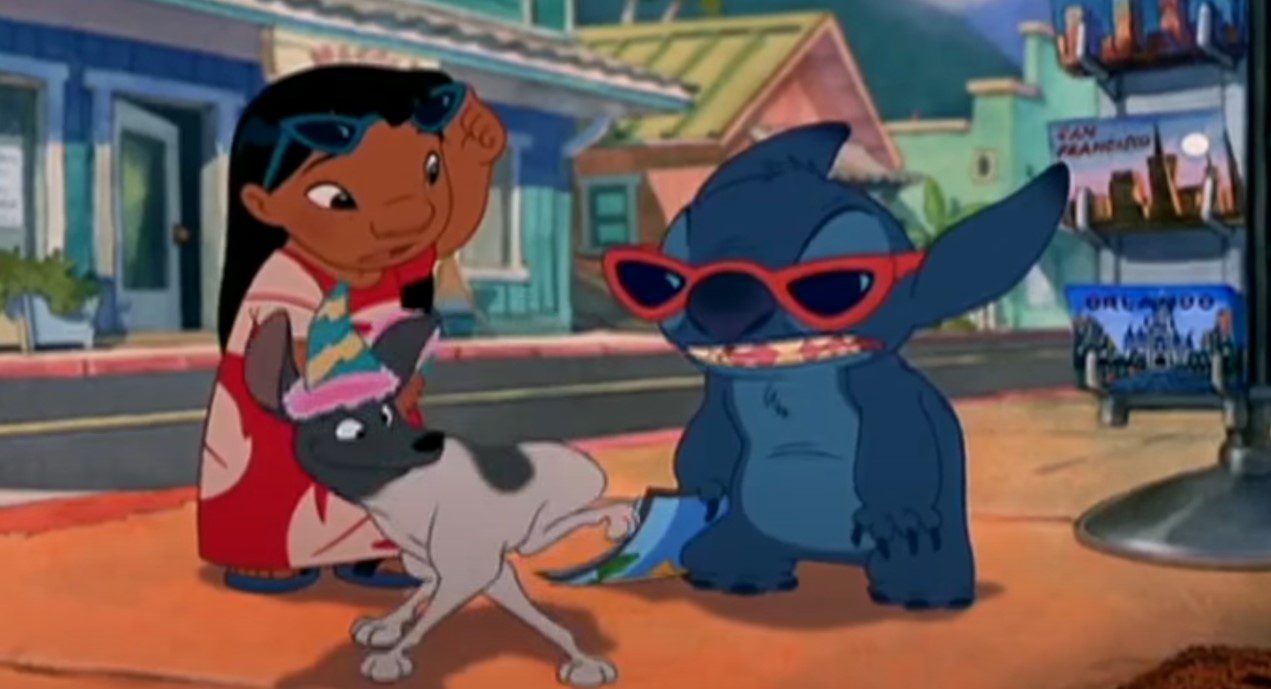 Disney’s Lilo and Stitch is a heartwarming story about the power of family, friends, and determination. The film follows the adventures of Lilo, a young Hawaiian girl who adopts an alien creature she names Stitch, and their attempts to find Stitch’s family. Along the way they make new friends and learn more about themselves and each other. The movie is funny, cute, and well-made – definitely worth watching! Be sure to read our review below about this animated children’s film.

Before we start, here are a few fun facts about Lilo and Stitch. Firstly, the movie was released in 2002, but the idea came to co-director Chris Sanders’ mind back in 1985. Secondly, the word “Lilo” means “lost” in the Hawaiian language. While “Stitch” refers to the stitches that doctors use to mend deep wounds so they can heal. Also, Lilo and Stitch was the last film that Disney distributed through Buena Vista Pictures. Now, without further ado, let’s begin with this movie review. 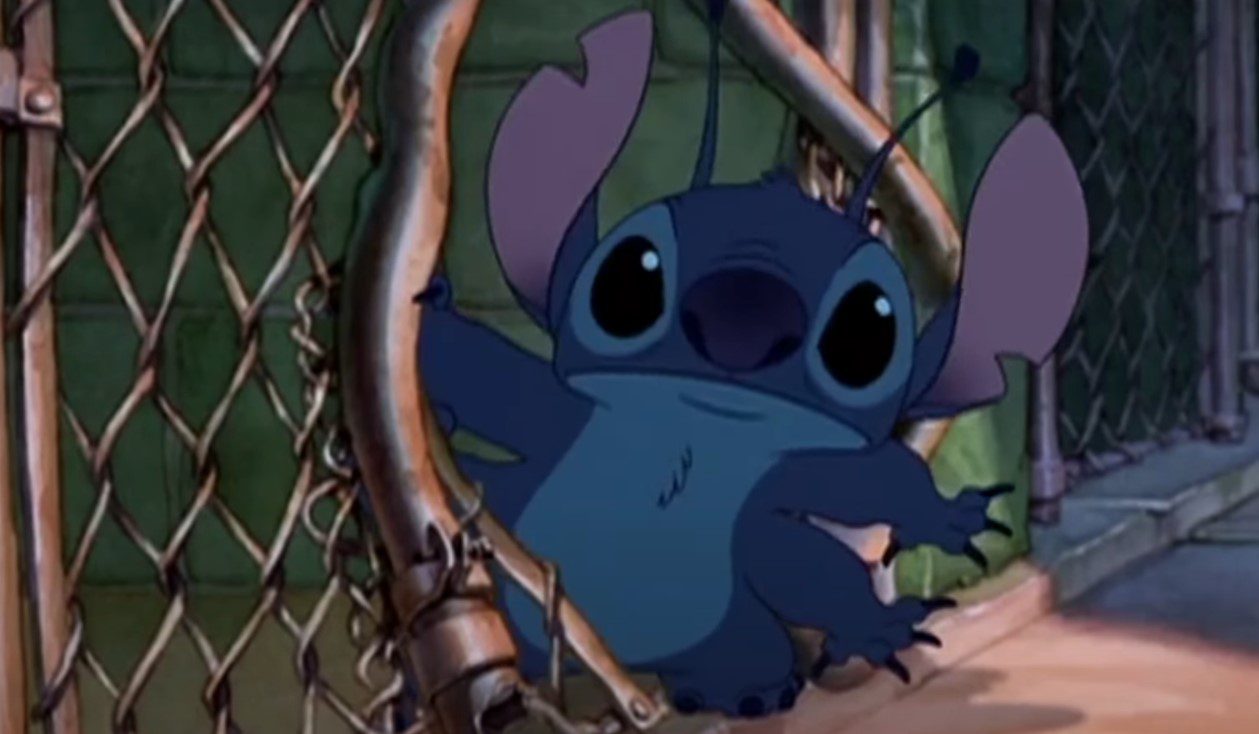 Nani Pelekai is a teenage waitress in Kauai, Hawaii. She has struggled to care for her younger and exuberant yet eccentric sister, Lilo since their parents perished in a car accident. One day, social worker Cobra Bubbles expresses growing concern about Nani’s ability to care for Lilo adequately. Nani agrees to let Lilo adopt a puppy because her hula classmates have shunned her. Lilo quickly takes an interest in Experiment 626, a little blue sentient alien criminal impersonating a dog after being taken in at the animal shelter. Experiment 626 is compelling and intelligent but tends to cause havoc.

Despite Nani’s reservations, Lilo adopts and renames 626 “Stitch” and takes him on a tour of the island. That evening, at Nani’s restaurant, alien mad scientist Dr. Jumba Jookiba, who the Galactic Federation recently arrested for illicit genetic experimentation, and his companion, the council’s Earth specialist,’ Agent Wendell Pleakley, make a failed attempt to catch Stitch. The devastating unrest is blamed on Stitch, resulting in Nani’s dismissal. The next day, Cobra Bubbles threatens Nani that he will have to place her in a foster home if Lilo does not find another employment. However, while escaping his two pursuers, Stitch’s antics continue to jeopardize Nani’s job prospects.

David Kawena, Nani’s buddy, invites her, Lilo, and Stitch to a day of surfing and beach fun. While Nani, Lilo, and Stitch are riding a massive wave, Jumba makes one last attempt to take Stitch from the sea, prompting Stitch to pull Lilo below unintentionally. They survive, but Cobra witnesses the incident and informs Nani that, while she means well, Lilo will have to be taken away if Nani does not find another work. Stitch flees into the darkness, seeing how much damage he has caused. The following morning, the Grand Councilwoman of the Galactic Federation dismisses Jumba and Pleakley from their mission. She assigns it to the galaxy’s enormous militant captain, Captain Gantu. Meanwhile, David informs Nani of a job opportunity she eagerly pursues. Stitch is hiding in the adjacent woods when he is approached by Jumba, who chases him back to Nani’s house. A brawl breaks out, causing the house to explode; Cobra arrives to retrieve Lilo and take her away.

While Nani and Cobra argue, Lilo flees into the woods, where she meets Stitch, who shamefully reveals his alien identity before Gantu apprehends them. Stitch escapes Gantu’s ship and is confronted by Nani, who witnessed Lilo’s abduction. Jumba and Pleakley kidnap Stitch before he can explain. Nani asks that they assist her in rescuing Lilo, but Jumba and Pleakley argue that they came to see Stitch. When Nani sobs, Stitch reminds her about ohana, a Hawaiian term for “family” that he learned from Lilo earlier. Stitch persuades Jumba to assist in the rescue of Lilo. Jumba, Pleakley, Stitch, and Nani board Jumba’s spaceship to pursue Gantu and save Lilo. 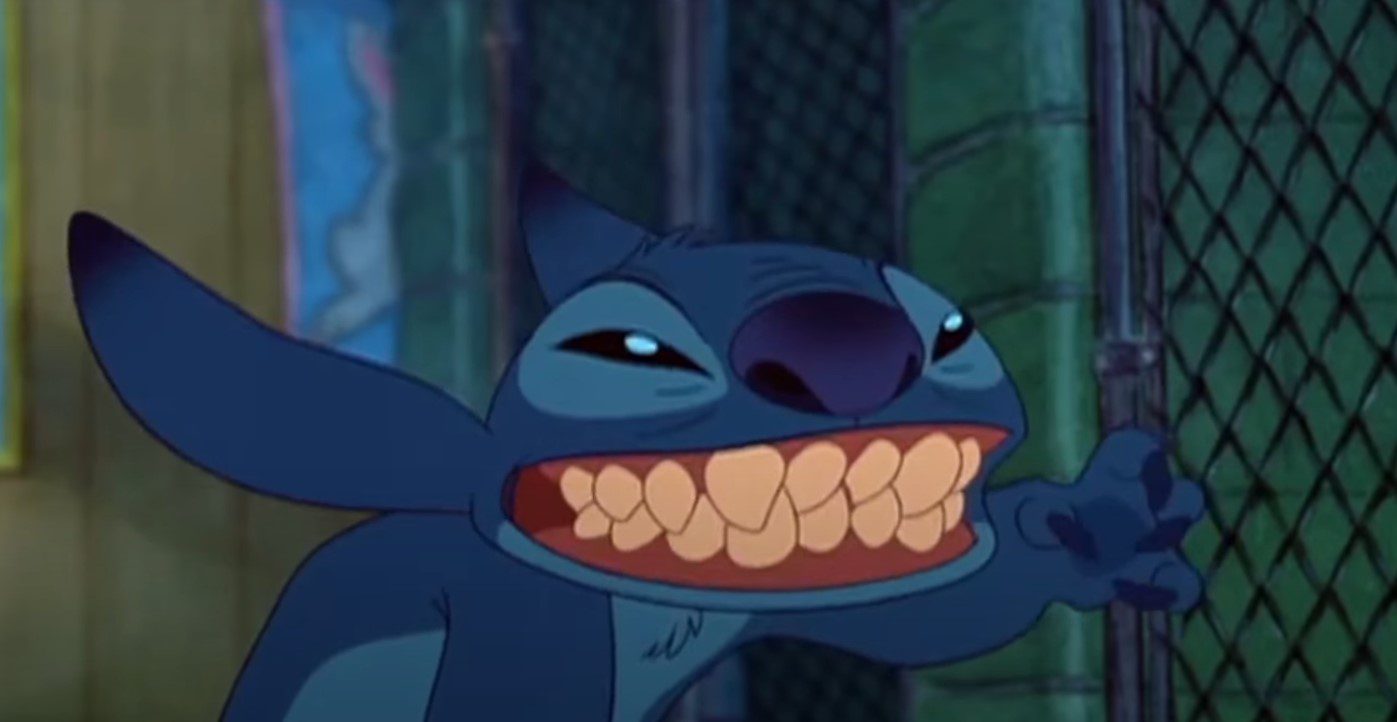 This is a fun children’s movie

The Return To Earth

The Grand Councilwoman returns to Earth, ready to take Stitch into prison. She fires Gantu for failing to capture Stitch and blames Jumba for the chaos. Before boarding the spaceship, Stitch tells the Councilwoman how he discovered his shattered but loving family and how much ‘ohana meant to them. Lilo then maintains that Stitch is her pet under local law because she paid for him at the shelter and has a stamped receipt to prove it. Taking him away would be like stealing. The Councilwoman, impressed by Stitch’s newfound civility and empathy, reverses the Federation’s previous judgment and decrees that Stitch will live in peaceful exile on Earth under the care of Lilo and Nani. She then informs Cobra, who is revealed to be a former CIA operative whom she met in 1973 at Roswell, that the family will be cared for by the Galactic Federation. Lilo, Nani, and their newfound friends rebuild their home, and Jumba and Pleakley become members of Nani, Lilo, and Stitch’s family, all of whom are establishing a new life together.

Disney’s Lilo and Stitch is a heartwarming story about the power of family, friends, and determination. The film follows the adventures of Lilo, a young Hawaiian girl who adopts an alien creature she names Stitch, and their attempts to find Stitch’s family. Along the way, they make new friends and learn more about themselves and each other. The movie is funny, cute, and well-made – definitely worth watching! Lilo and Stitch is a great film for kids and adults alike. It has action, comedy, and even a bit of romance. The characters are lovable and the story is heartwarming. If you’re looking for a fun movie to watch, definitely check out Lilo and Stitch! You won’t be disappointed.

Also Read: How To Watch It Chapter 2 Online? Is It Available Anywhere?