10 Next Marvel Movies That You Shouldn't Miss

As a result of the COVID-19 pandemic, many Marvel fans were disappointed when the release of “Black Widow” was postponed. However, there are still plenty of other upcoming Marvel movies to get excited about. Here are 10 of the most anticipated Marvel movies that you shouldn’t miss. Moreover, with the announcement of the next phase of the Marvel Cinematic Universe, there’s a lot much more coming our way.

So, if you’re a Marvel Cinematic Universe fan, sit back and enjoy this countdown of upcoming movies we made for you. These movies will see the light sometime soon. While some are already announced, and some will see premiere soon, others are on their way as part of the ever-expanding world of entertainment that Marvel has in store for us. So, without further ado, here are some of the titles that Marvel Studios is preparing for us. Let’s begin!

These are some of the upcoming movies of the MCU

Top 10 Next Marvel Movies That You Shouldn’t Miss

Marvel Studios divides its cycle of movie releases into phases. Simply, each cycle of Marvel Studios films represents a period in the history of the comic universe. What began in 2008 with Jon Favreau’s Iron Man, Louis Leterrier’s The Incredible Hulk, Iron Man 2, Thor, Captain America, and Marvel’s The Avengers was known as Phase One when the heroes “Assembled.” This first phase provided us with the ideas and groundwork for the larger stories that would be told in the future years.

This upcoming movie starring Chris Hemsworth, Christian Bale, Natalie Portman, Tessa Thompson, and Russell Crowe is Marvel’s next release. In this movie, Thor will embark on a journey of adventure, unlike something we’ve never seen before. The once brave and courageous warrior is now soul-searching for inner peace. But, when he’s out to get that, a new foe comes to interrupt his inner quest. That foe’s name is Gorr the God Butcher, and he’s hellbent on eliminating all of the gods. So, thor must come out of his path to solace and face his toughest enemy yet, while battling his own demons. Lastly, this movie will premiere on July 7, 2022. And it was directed by Taika Waititi.

When its titular hero, Chadwick Boseman, died last year following a battle with colon cancer, the plans for the Black Panther (2018) sequel had to shift. We don’t know much about the Black Panther sequel, but we do know that Chadwick Boseman’s role as T’Challa will not be recast, and former cast members Letitia Wright, Lupita Nyong’o, Winston Duke, and Angela Basset will all return. Wright’s Shuri, T’Challa’s sister, may be considered the favorite to take over as the franchise’s new protagonist; in Marvel Comics, Shuri herself takes on the Black Panther mantle at one point. This might possibly be a backdoor pilot for Ryan Coogler’s planned Disney+ series based in Wakanda. Michaela Coel (from the great I May Destroy You) is also in the cast in an unspecified capacity; not to guess too much, but could this be one of our first X-Men? Coel is an excellent performer who would make an excellent Storm.

The awaited sequel to Black Panther

8. Ant-Man And The Wasp: Quantumania

Quantumania recently exchanged release dates with The Marvels, which is fine with us because it means we’ll be seeing our new pal Kang the Conqueror (Jonathan Majors) sooner. We don’t know much about this film yet, other than it will take place after the events of Endgame. Paul Rudd, Evangeline Lily, Michael Douglas, Michelle Pfeiffer, and Michael Pea will all reprise their roles, and Kathryn Newton will take on the role of Cassie Lang, Ant-daughter. Man’s Kang, a Nexus introduced (kind of) in Loki, could be crucial to the MCU multiverse. We might still see more of him after this. Kang might be the next Thanos-level villain. It’s entirely plausible. Another item to consider? Bill Murray will play “a bad man” in this film. That’s entertaining.

This one tells the story of what happened to Ant-Man in that Multiverse!

Brie Larson will reprise her role as Carol Danvers in a new film directed by Nia DaCosta (2021’s Candyman, starring Yahya Abdul-Mateen II). The film will also feature Monica Rambeau (played here by Teyonah Parris, who played her adult form in WandaVision) and Iman Vellani as Ms. Marvel (who will premiere in a namesake Disney+ series, premiering in June 2022). We don’t have much else to go on. Perhaps we’ll see Nick Fury and Talos again? We do know one thing. We’re changing the title; Captain Marvel 2 is no longer in production. Instead, the sequel will be titled The Marvels, most likely because it will include a team-up of Captain Marvel, Kamala Khan (aka the aforementioned Ms. Marvel), and Monica, who we previously assumed was going by Photon but now appears to be the superhero Blue Marvel.

6. Guardians Of The Galaxy Volume 3

This one has a bit of a backstory. You may recall that Guardians writer/director James Gunn was dismissed from the franchise in 2018 after resurfacing contentious and “edgy” previous gags. While a new Guardians film was his goal at the time, after his firing, he was hired by Warner Bros. to create The Suicide Squad and a spin-off series, Peacemaker. So, by the time Disney got its act together and rehired Gunn to return to the Guardians helm, he’d already had to prioritize those other two projects, so Guardians was pushed back a little. In other sad news, Gunn has stated that this will be the final project for this Guardians team. Guardians Vol. 3 is scheduled to film concurrently with The Guardians of the Galaxy Holiday Special, which will premiere on Disney+ in December 2022 (placed between the events of Love and Thunder and Guardians 3), with this film following in 2023.

This one will take place in the events before Thor: Love and Thunder

The following is what we know about the Marvel Cinematic Universe’s Fantastic Four film: it will exist. Kevin Feige formally stated the movie will be released in December 2020, and one vital detail: Jon Watts, who directed all three MCU Spider-Man films, will direct. We don’t know anything about casting, despite speculations regarding John Krasinski and a few others, but we do know this film will be made. If only there was some X-Men news.

4. Spider-Man Across The Spider-Verse

Directed by Joaquim Dos Santos, Kemp Powers, and Justin Thompson, this movie will see Miles Morales take on an epic journey that will take him through the multiverse. Once inside, a pandora’s box of friends and foes will open. The movie will star Oscar Isaac, Halee Steinfield, Shameik Moore, Jake Johnson, Issa Rae, Brian Tyree Henry, and Lauren Velez. Moreover, the movie will be released on mid-2023, and it will be distributed by Sony Pictures.

This will be an animated feature.

The X-Men franchise, which lasted over two decades, has come to an end, and fans all over the world are ecstatic for the chance to finally witness the renowned mutant characters make their debut in the Marvel Cinematic Universe. The catch is that integrating mutants to the vast series is no small task… thus, Marvel Studios is being prudent by not rushing things. Like the Fantastic Four, Kevin Feige mentioned “the mutants” at the Marvel Studios Hall H panel at San Diego Comic-Con 2019, but he didn’t say anything about when we’ll see them. It’s highly unlikely to happen before 2025.

The mutants are making a comeback

The most of the projects on Marvel Studios’ Phase 4 slate released during San Diego Comic-Con 2019 were ones that fans were already vaguely aware of, but this one caught everyone off guard. The corporation has had the rights to Blade for several years, but it wasn’t until the annual summer event that they announced that they are finally doing something with it. Furthermore, the project has already secured a celebrity.

Mahershala Ali, a two-time Oscar winner, plays Blade in the Marvel Cinematic Universe, making his first appearance in the franchise during the end credits of Eternals (where we just hear him; we don’t actually see him). Hardcore MCU fans may recall that Ali played Cornell “Cottonmouth” Stokes in the first season of Netflix’s Luke Cage, but we’ll have to put that in the back of our minds while watching him hunt vampires. Bassam Tariq has been hired to direct the upcoming standalone picture, continuing the franchise’s tradition of providing young, bright directors with their first chance to make a blockbuster.

Everybody’s favorite vampire hunter is back!

The Marvel Cinematic Universe has a new Captain America, and he will shortly star in his own film. Steve Rogers (Chris Evans) first gave his star-spangled shield to Sam Wilson (Anthony Mackie) at the end of Avengers: Endgame, but it wasn’t until the events of the Disney+ series The Falcon And The Winter Soldier that Sam fully accepted the role. His next adventure will find him soaring into theaters in Captain America 4, wearing a whole new Vibranium outfit that still lets him fly.

Malcolm Spellman, who worked on The Falcon And The Winter Soldier, is writing the story for Captain America 4, and Anthony Mackie has agreed to star in the film in August 2021. Unfortunately, we have no idea what the film will be about (in terms of plot or topic), there is no director attached, and Marvel Studios has yet to formally announce a release date. However, it is evident that it is a priority for the franchise, so maybe more information will be forthcoming soon. 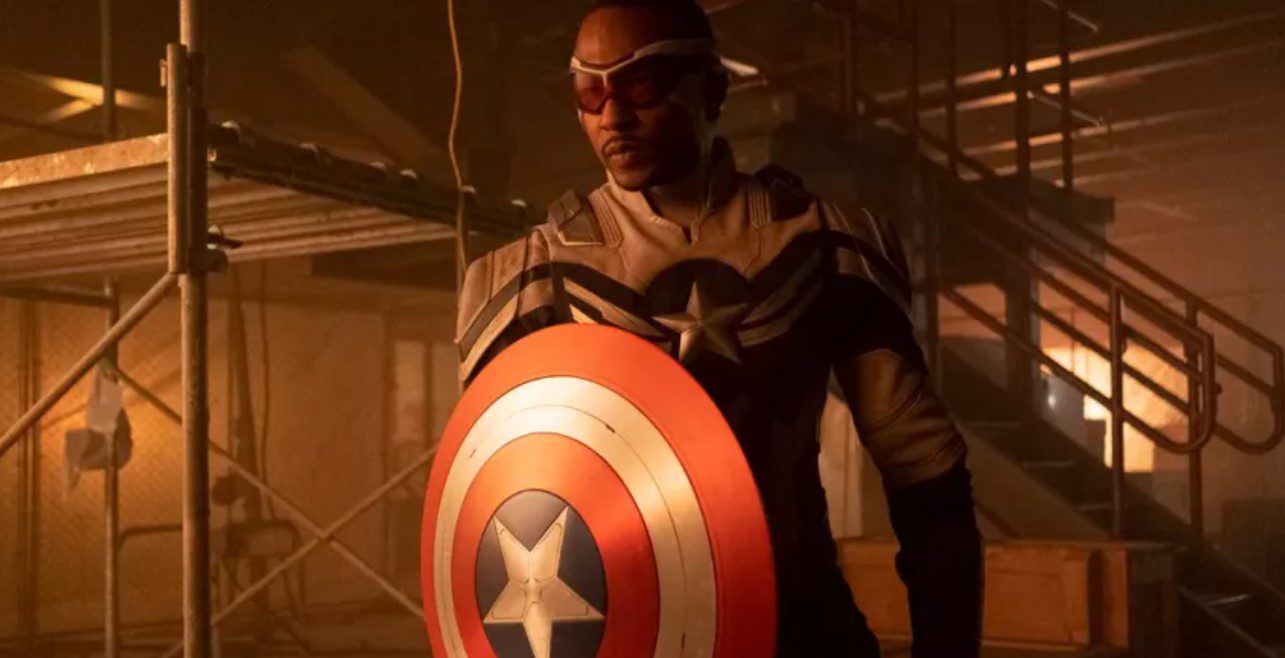 This will be the fourth Captain America movie

Well, there you have it, those are ten of the best Marvel Cinematic Universe movies coming your way. We hope you enjoyed this brief. Please share this article with your Marvel friends on social media, and keep browsing Otakukart for more information on all things related to entertainment. See you soon!