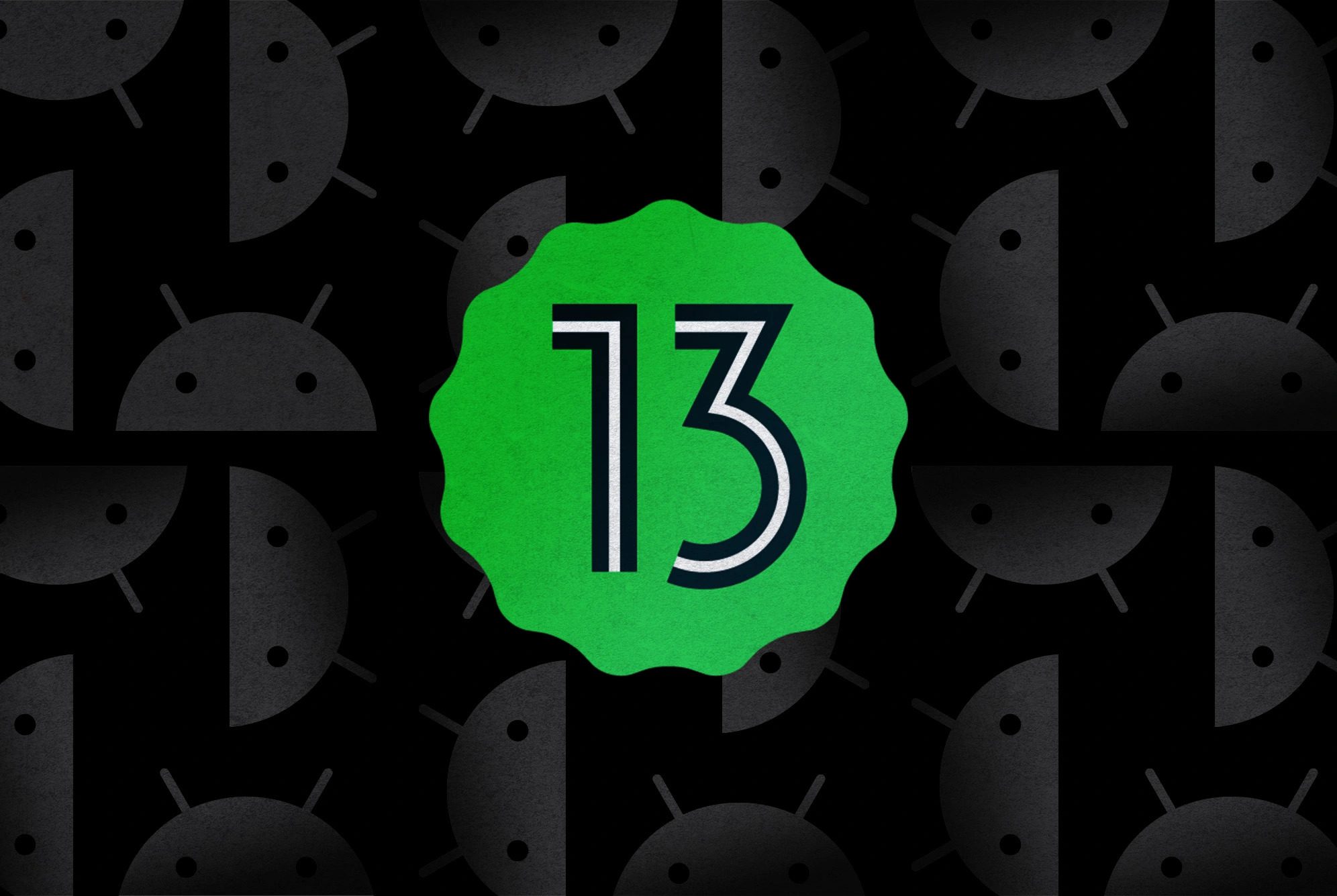 Google is expected to introduce Android 13 later this year, which will contain a number of beneficial improvements and clever additions over its predecessor. Google released the first developer preview of Android 13 in February, followed by the second one in March. The first public beta was launched in April, followed by the release of the second public beta at the Google I/O developer conference in May and the third beta in June. The final beta was released in July and will serve as the last phase before the stable release is distributed along with the August launch of the Pixel 7.

Google used to give each Android version a sweet treat or dessert name until a few years ago. Beginning with Android 1.5 Cupcake, it continued until Android 9 Pie. Gingerbread, Froyo, Honeycomb, Jelly Bean, Ice Cream Sandwich, Lollipop, Kit-Kat, Nougat, Marshmallow, and Oreo are a few of the more well-known names for various Android versions. All of that changed, though, with Android 10, when the company made the decision to abandon the amusing naming scheme and stick with a more straightforward numbered system to eliminate name-related misunderstanding in non-English speaking nations.

According to rumors, Android 13 will be the OS’s replacement for Android 12, which brought the Material You design language and one of the greatest design changes the OS has seen since the release of Android 5.0. While Android 12 is still being promoted by smartphone OEMs like OnePlus, Xiaomi, Samsung, and others, Google has already begun testing the upcoming version of its hugely successful OS. Let’s look at the new features that Android 13 will offer. 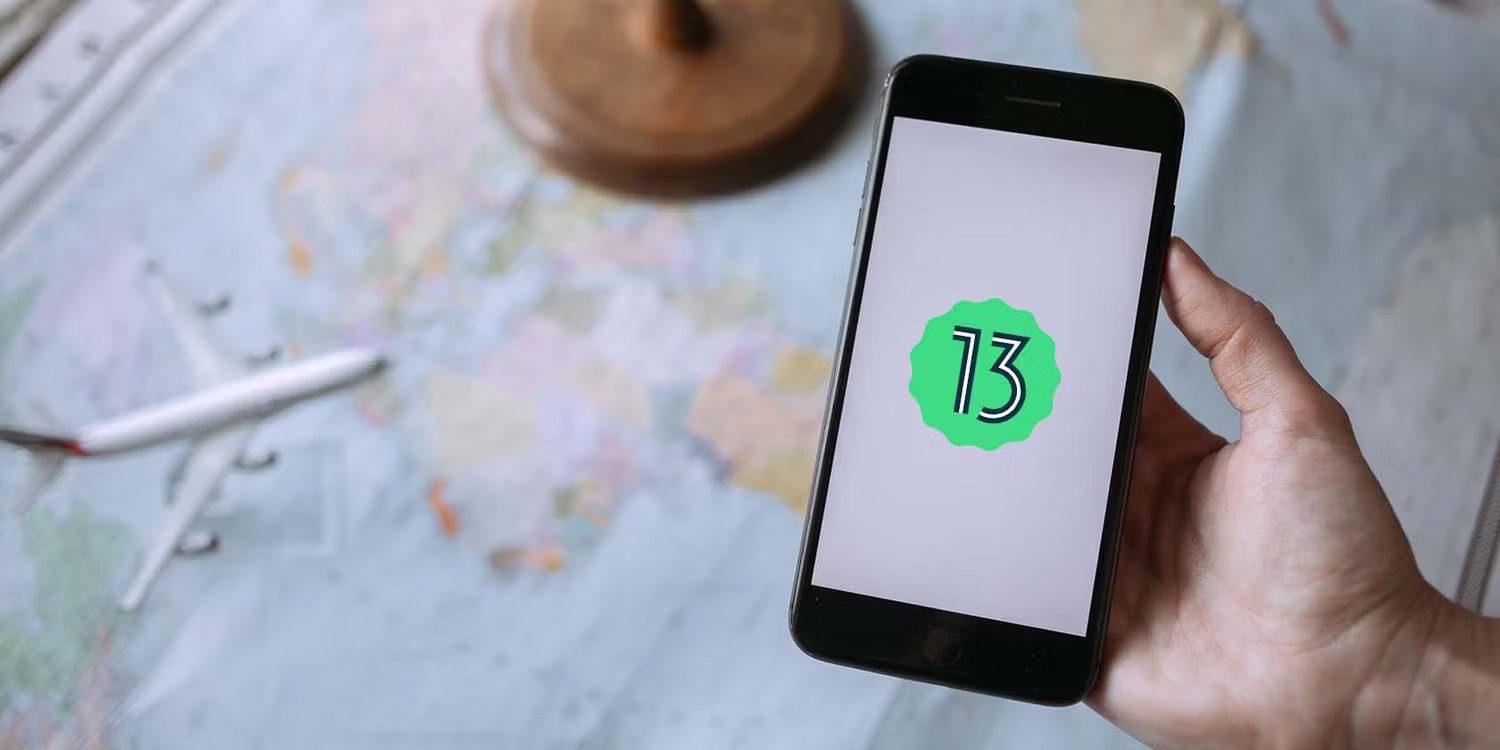 The stable release of Android 13 is scheduled to occur “in the coming few weeks,” according to Google’s official roadmap. Although there isn’t an official launch date set yet, if past releases are any indication, the upgrade should arrive in August or September.

Google’s Pixel series continues to receive special attention for updates. The Pixel 4, 4 XL, 4a, 4a (5G), 5, 5a, 6, 6 Pro, and 6a are included in the official list of compatible Pixel smartphones. Install the Android 13 beta on any of these devices to test it out before the final release. The OS can also be updated on several OnePlus, Samsung, Xiaomi,  Oppo, Motorola, and Nothing phones. One UI 5 for Samsung devices will include an Android 13-based beta that can be tried out before the official release.

Although Google has publicly discontinued the practice of naming Android iterations after sweets, it appears that the Android 13 is internally known as “Tiramisu,” according to various reports. It is therefore encouraging to know that, at least internally, our beloved Android continues to receive dessert-inspired names. Android 13 has already received two Developer Preview releases from Google, and at least three more Beta releases are anticipated before Platform Stability is achieved somewhere in Q3 of 2022.

On Pixel devices, the Developer Preview is already available for installation. If you don’t have a Pixel device handy, Google advises installing the 64-bit images that are currently available on Android Emulator in Android Studio. In order to install Android 13 Developer Preview on suitable devices that support GSI images, Google has also made GSI images available. Although you can install the developer preview on a variety of devices, it is important to keep in mind that Google primarily offers these Previews for testing purposes. 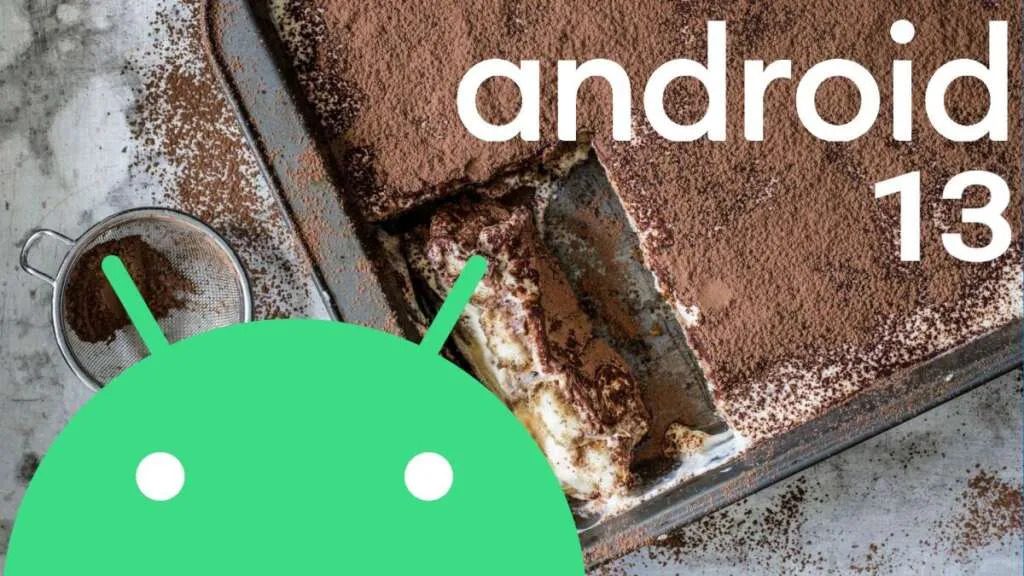 Google is expanding the Android 13 platform with numerous new features, much like it did with the previous version of Android. These include updates to Material You, privacy and security improvements, new Project Mainline modules, updated background app behavior, and more.

On Android 13, the clipboard is being redesigned in a variety of ways. First and foremost, whenever you copy something, a clipboard overlay will show up in the bottom left corner. You can tap the preview and edit options to rapidly edit copied text or pictures. Second, for information that can be used to perform a specific activity, such as phone numbers, addresses, or URLs, the clipboard overlay displays a second option.

Google is modifying the Material You theme to add app icons as well. Apps can now alter their icon designs in accordance with the device user’s active theming settings and background. Prior to Android 13, apps could only customize their UI using the Material Design theme. However, now Android 13 is bringing about some fascinating changes to how app icons behave. But there’s a catch; Google is requesting that developers update the adaptive icon XML and add a monochrome app icon. Therefore, convincing all the developers to adopt this new theming system may take some time, similar to what transpired with the Adaptive icons issue on Android 8.

By default, Android has always permitted apps to send notifications; if you don’t want them, you must navigate to the Android Settings app to turn them off. Google is changing that with Android 13 by having app notifications opt-in rather than opt-out by default. This implies that in order for an app to deliver notifications, you must grant it permission.

Android 13 is your best option if you’d like to control your smart home appliances without unlocking your screen. You can now select whether you want to be able to use the Quick Access Device Controls feature to access and manage your devices without having to authenticate by installing the update.

Google is releasing a new Photo picker to increase the security and privacy of Android users. Android 13 will introduce a new system video and photo picker that enables users to share necessary photographs and videos without granting target apps access to all device contents. The private photo picker will be an addition to the document picker UI that permitted file sharing without giving apps access to all files. By updating the MediaProvider module through Google Play system updates on smartphones running Android 11 and higher, Google intends to make this feature available to older devices as well. 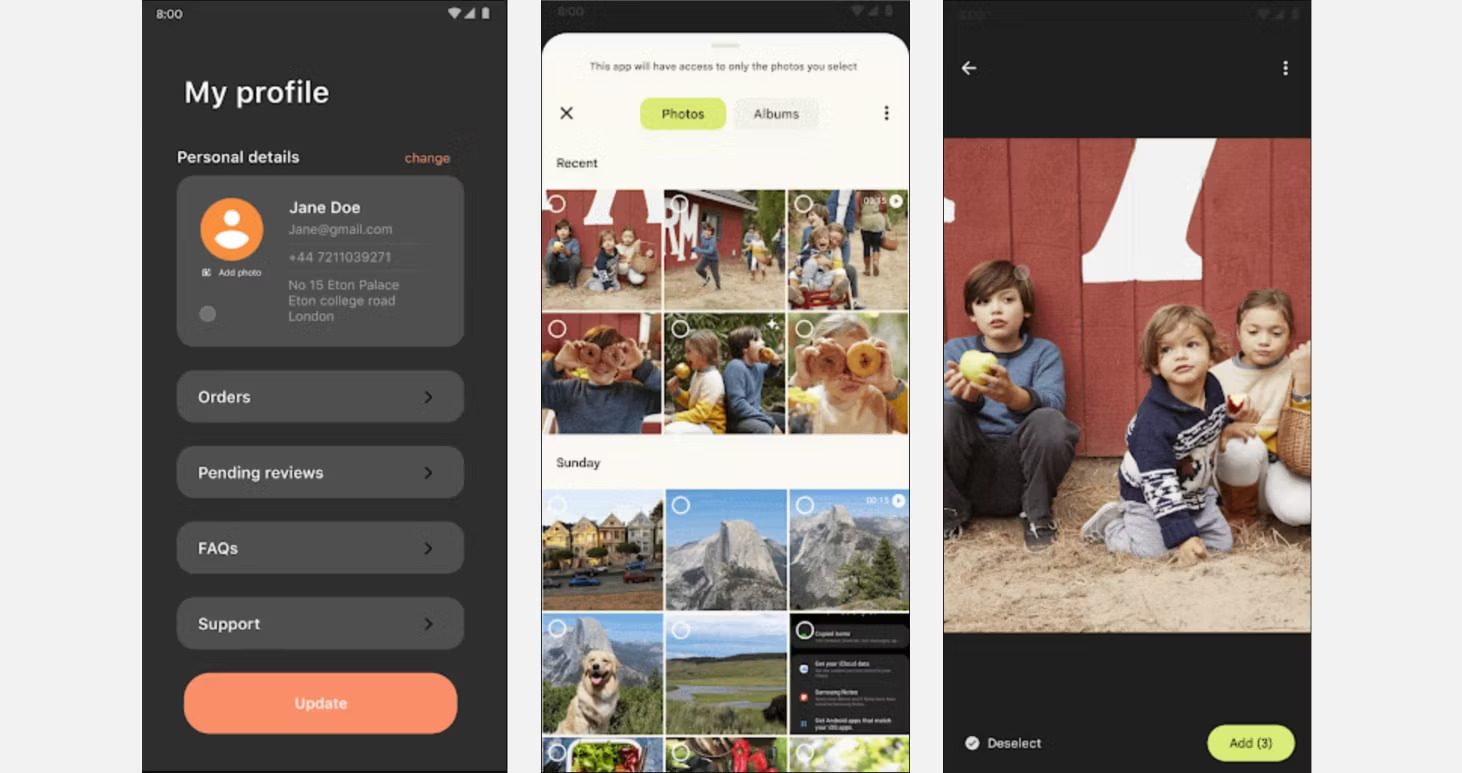 When an app requests access to a file, users will also have the option of selecting “Photos and Videos” or “Music and Audio,” according to the OS. With Android 13, you will see more notifications anytime an app accesses something in the background, including something as minor as your clipboard.

As of Android 13, apps must now ask for specific permission before accessing your video,  audio, and photos. In contrast to Android 12, where apps could access all media kinds with single permission, this is a significant change. Android 13 will, however, integrate them into a single window if an app requires access to one or more.

Although the process of pairing accessories with Android has improved over time, there is still much work to be done. Google’s Fast Pair, which eliminates the need to manually add your accessories, is one solution to this problem. Android 13 includes Google’s exclusive fast pairing technology, making rapid pairing even simpler. 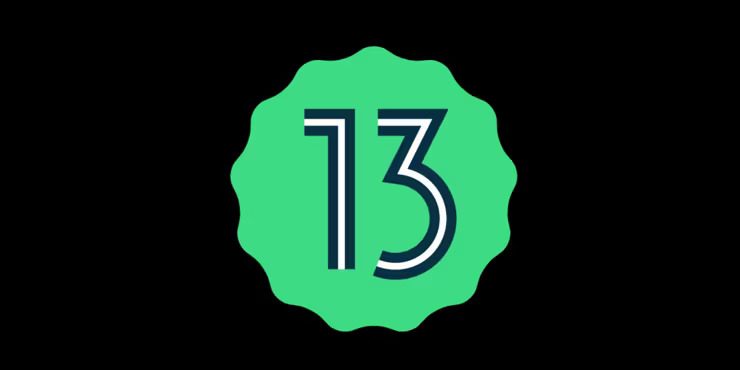 Additionally, BLE adds new functionality, including multi-device audio broadcasting, compatibility for hearing aids, and the capacity to exchange audio based on location. Android 13 smartphones will be able to benefit from the feature, which is already accessible on a variety of Bluetooth-enabled devices, thanks to the addition of BLE audio support.

In addition to the features mentioned above, Google is also evaluating a vast array of other additions and upgrades. The following features are being tested by Google: the availability of Fast Pair in AOSP, HDR video compatibility in Camera2 API, and resolution settings to conserve battery. Additionally, Android 13 comes with a brand-new unified Security & Privacy feature on the Settings page that will display to users clear, color-coded indicators of their device’s safety status and suggestions for how to make it safer.

Additionally, Android 13 offers a dark mode for sleep, updated tablet screen savers, QR code shortcuts in Settings, improved media controls, and 3D wallpapers with cinematic effects. To protect users’ privacy, Google is also changing how the Clipboard behaves on Android 13. After an hour, the clipboard content will now be automatically deleted. The speed of the dynamic system updates is also increasing. In the Developer settings, Google is also experimenting with a bandwidth restriction function that will enable you to regulate internet speeds.