Beatriz at Dinner ending has all of the watchers in the wrap and thus, let us explain it to you. The film was released back in 2017. It serves as a healthy dose of comedy as well as drama throughout its plot. Miguel Arteta directed the film. Salma Hayek is in the lead role of this movie doing the titular role of Beatriz. Let us dive straight into the plot which starts with Beatriz itself. We see her rowing a boat in the mangrove swamp.

The next scene is where she is waking up from a dream and taking care of her animals next. We see her working at a massage therapy center as she meets with her clients of the day. She goes to the house of Kathy, one of her regular clients, in order to give her a massage before her dinner party. While she is in a session with her, Beatriz tells Kathy that her neighbor has killed one of her goats. This makes her very emotional. As Beatriz tries to leave Kathy’s house and go home because of the trauma, her car does not starts. Thus, Kathy invites her to stay the night for the dinner party.

At the dinner, the first set of guests arrives at the house. They are Shannon and Alex. The two seem to be discussing how much money they can make with an upcoming business project. Later more guests arrive and Kargy introduces Beatriz to other women. The night seems to be going great as Kathy describes to her friends how she and Beatriz met in the first place. Soon, one of Kathy’s husband Grant’s friends named Doug arrives. 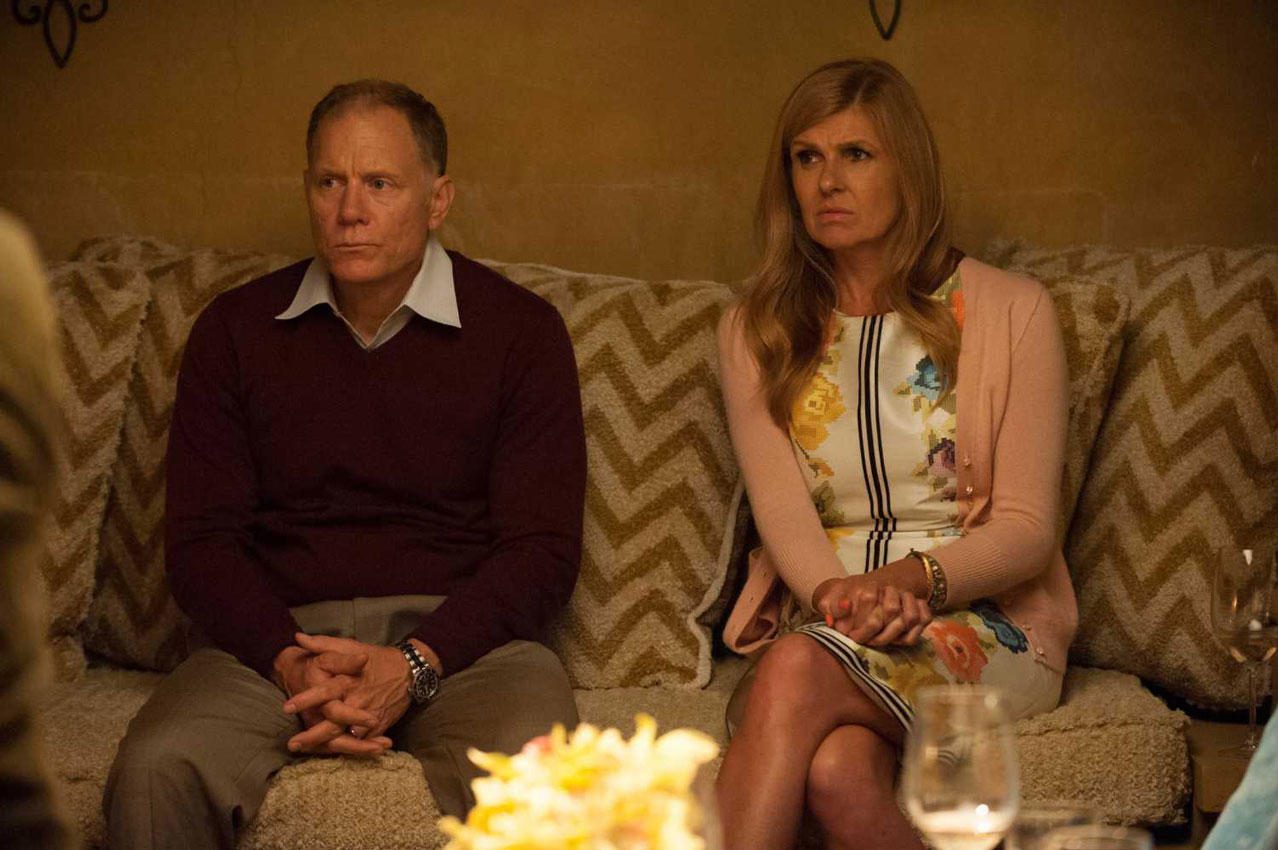 Beatriz is an immigrant from Mexico. She remembers Doug from somewhere and starts talking to him. As the night ascends, Doug starts to explain about his business ventures and how he will go on a trip to Africa in order to hint down some animals. He also passes his phone around the group for all of them to see a dead rhinoceros that he once hunted. When the phone reaches Beatriz, she throws it away horrified at the image. Doug and the group let it pass saying that not everyone can handle such graphic images.

Later, Beatriz starts a fight with Doug claiming that he has murdered a lot of people and animals in his life just to make money off of them. She also claims that he is a corrupt man. Kathy tries to calm Beatriz down but Grant is super angry. He asks for a tow truck to take Beatriz and her car home. Before she can leave, Beatriz goes inside the house to pick something up that she has left in the kitchen.

There, she meets with Doug who explains to her that everything is going to die, and thus, she should not worry much about the same at all. Here, Beatriz has an illusion that she is stabbing him in his neck and he dies. Although none of this happens and Beatriz leaves the house. Kathy tries to offer her money for her services but she refuses to take that.

On her way back home, Beatriz is seen thinking a lot about her pets, her dead goat which was killed by her neighbor this morning, and how Doug said that everyone is going to die one day. While she is still inside her car, the tow truck and she are driving beside the ocean and its salty air. She asks the driver to stop for a bit. Beatriz gets out of the car and walks over to the beach ascending through the rocks.

After giving it a thought or two, and the fact that she had a lot to drink that night, Beatriz submerges herself into the water. In the ending scene, we see her waking up in a boat, exactly where the movie started, as she is rowing across the mangrove swamp. She meets with her white goat. It is a symbolic scene meaning that Beatriz has killed herself and now can finally neet ger goat which passed away.

Also read: Me Time Ending Explained: The Team Up!