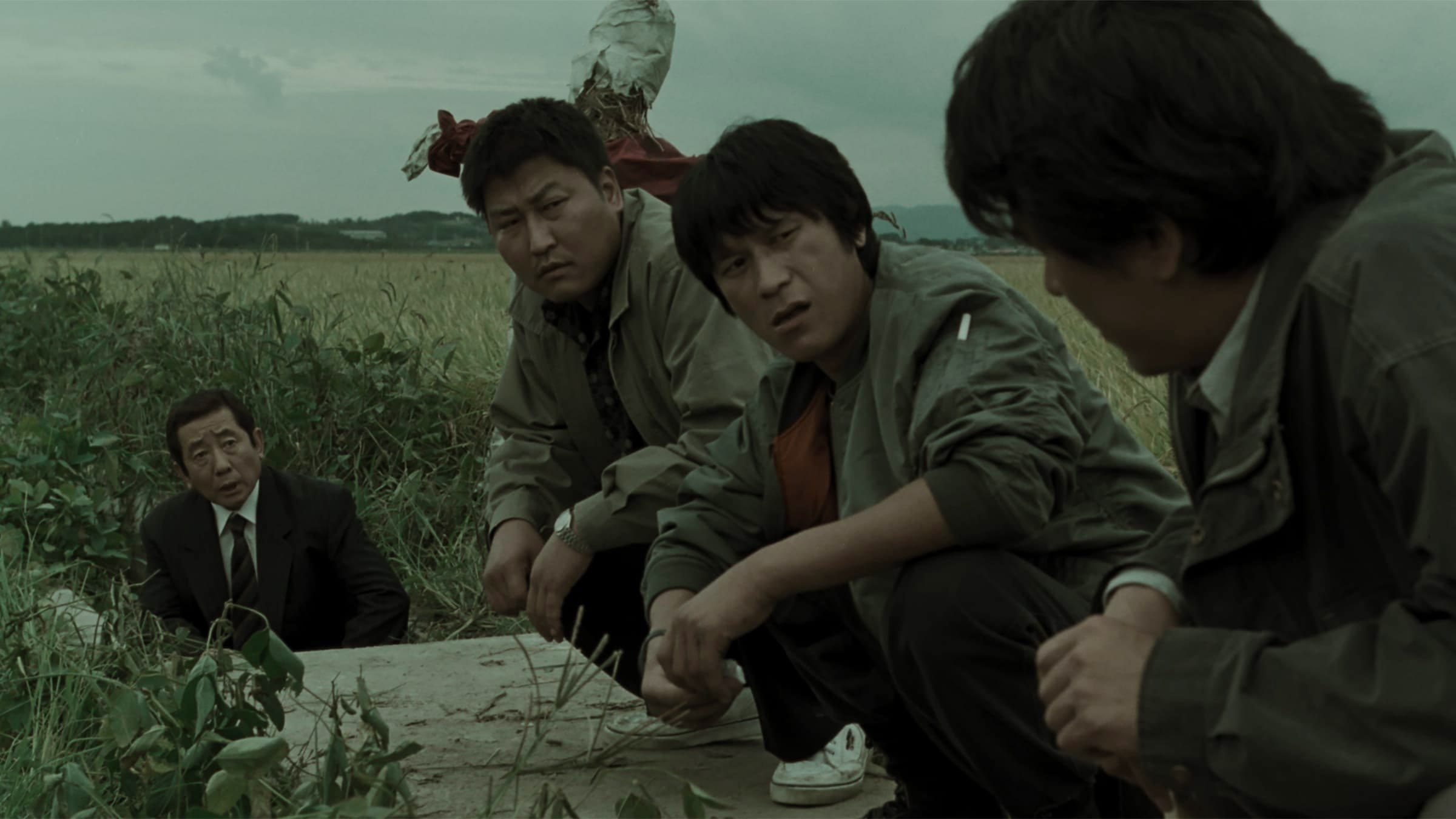 Memories of Murder ending has a lot of twists and we are here to explain them all to you guys. The film was released back in 2003 in South Korea. It serves as the genre of crime and thrill on a hot platter of drama and suspense. Bong Joon Ho directed the film. The plot of the film is actually lightly inspired by the first confirmed serial murders which took place in Korea in the later 80s.

The plot of the film is set in the year 1986. It is found out that women, who have been brutally raped, are found dead. A local detective is appointed for this case. Although, Park Doo Man has never handled such tedious cases before in his career. Thus, it all makes him overwhelmed. His recklessness means that the evidence was not collected properly.

The detective claims that he has the ability to determine suspects through eye contact. He starts to question a mentally ill boy named Baek Kwang Ho. It is because he used to follow one of the girls around as a stalker would. Park thinks that Baek is their correct suspect based on his eye contact method and thus beats him for a confession. 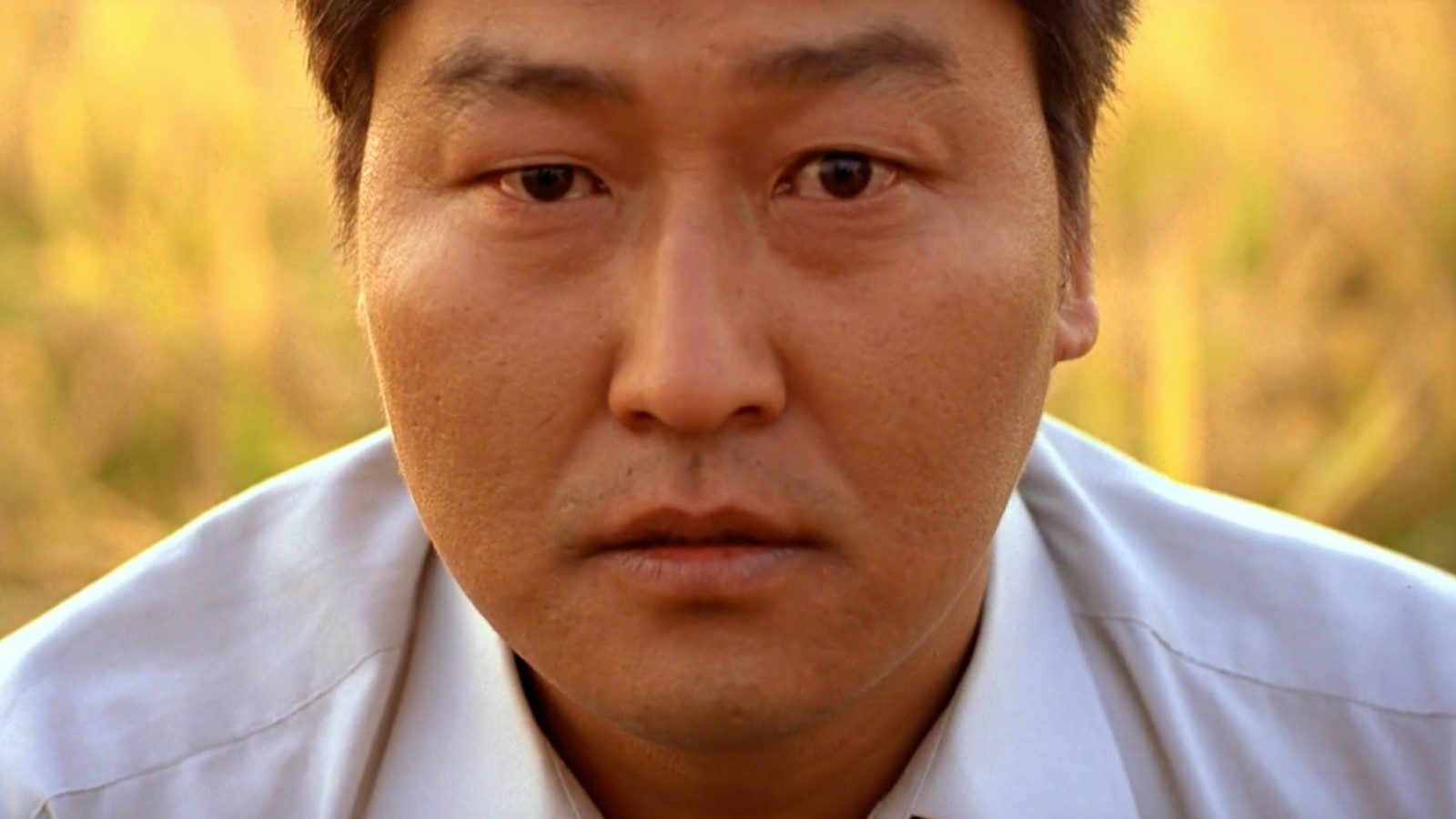 The pattern of The Serial Killer

Soon, realizing the seriousness of the case, Seo Tae Yoon, a trained detective from Seoul is appointed for the case. However, his methods do not sit well with the traditional eye contact method of Park. Seo clears the name of Baek as his hands are too weak to commit such a crime. New numbers in a similar pattern start happening in the town. It is understood that the killer only hunts women down on a rainy night and kills the ones who are wearing red attire. Another lead that comes forward is the song that is requested to be played during these rainy nights. It is the same song that is requested on the night of the murders.

While the trio is searching for evidence at the latest crime scene, they again have a disagreement. They almost get too close to the killer but he manages to escape. The night starts to turn rainy and Cho points out that the song is being played on the radio again. Before the officers could save the woman, she is already raped and murdered by the killer.

As the autopsy for this lady arrives from the forensics, Seo and Park witness traces of peach on her body. By analyzing the evidence, they lead themselves to a factory worker named Park Hyeon Gyu. One of the survivors of these heinous crimes described that whoever raped her, had soft hands. This factory worker to has soft hands which makes him the prime suspect in the case. When Seo presents him with the peaches, Hyeon Gyu starts to display discomfort. The detectives think that they have finally reached their killer.

Later, the detectives try to analyze the interrogation tapes of Baek. It is found that the boy knew various details of the murders which were not known to anybody. This means that even though he did not commit the crime, he was there to witness it. As the detectives try to chase him down, he gets stuck in the oath of an incoming train and gets killed.

New evidence comes to light as traces of semen are found on the dead girl’s body. They send this sample for a DNA test in the United States. Turns out, a school girl wearing red gets murdered that night. She was a friend of Seo. In an outrage, he beats up Hyeon Gyu but the results come back declaring that it was not his semen. This leads to the release of Hyeon Gyu.

Later, the film shifts to 2003 at the time when the killer is not still not caught yet. Park is now a father and a businessman. A new murder is committed in the streets. As he is passing by the crime scene in the morning he decides to pay a visit. He needs a little girl who claims she saw the killer and describes his features. The film ends with Park looking straight into the camera as he uses his eye contact method to determine the killer from the audience.

Also read: Pale Rider Ending Explained: The Twist That Changed it All