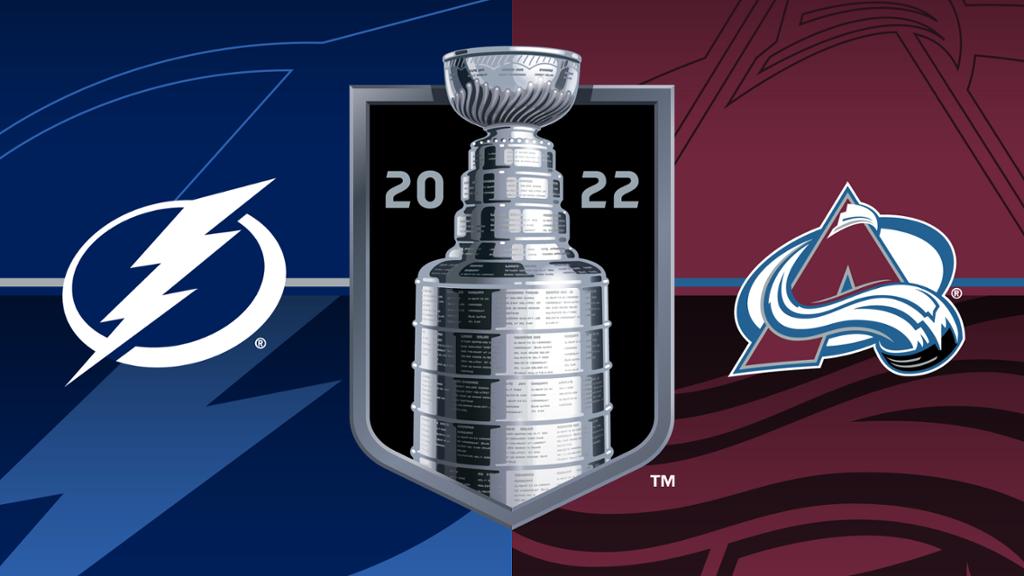 Stanley Cup 2022: Everything You Need To Know!

Stanley Cup 2022 is the championship series of the National Hockey League (NHL). North America’s biggest Ice Hockey League’s 2022 series started on 15th June 2022 and will last till 28th June 2022. The matches are best-of-7 showdowns between two champion teams. One is the two-time defending champion Tampa Bay Lightning and the other equally strong team is the Colorado Avalanche. Fans are super hyped, and stadiums are full of cheering fans.

The Stanley Cup is named after Lord Stanley of Preston. It is because of his and his family’s love for Ice Hockey the Stanley Cup tournaments began. Gradually it gained more fame, and now it’s the most prestigious Hockey championship ever. Since the NHL has a rich history, the Stanley Cup that is awarded to the winning team is special too. The names of players who have either played 41 games or 1 Stanley Cup Finals.

If you are a sports geek, you sure know about NHL! The hype is through the roof, with the game going neck to neck. The Avs (Avalanche) seemingly have a better chance of winning, but you never know!

What Happened in the Games So Far…

The NHL fans are super stoked to watch two amazing teams battle it off. Both the teams are doing well and started off very strong. In the first match, Colorado Avalanche took the title with a 4-3 win. Followed by another win by them, which took audiences by surprise. They beat the defending Stanley Cup champions – Tampa Bay Lightning, with a 7-0 win. Although Tampa hit a major loss, it strikes back in the next game and wins by 6-2. 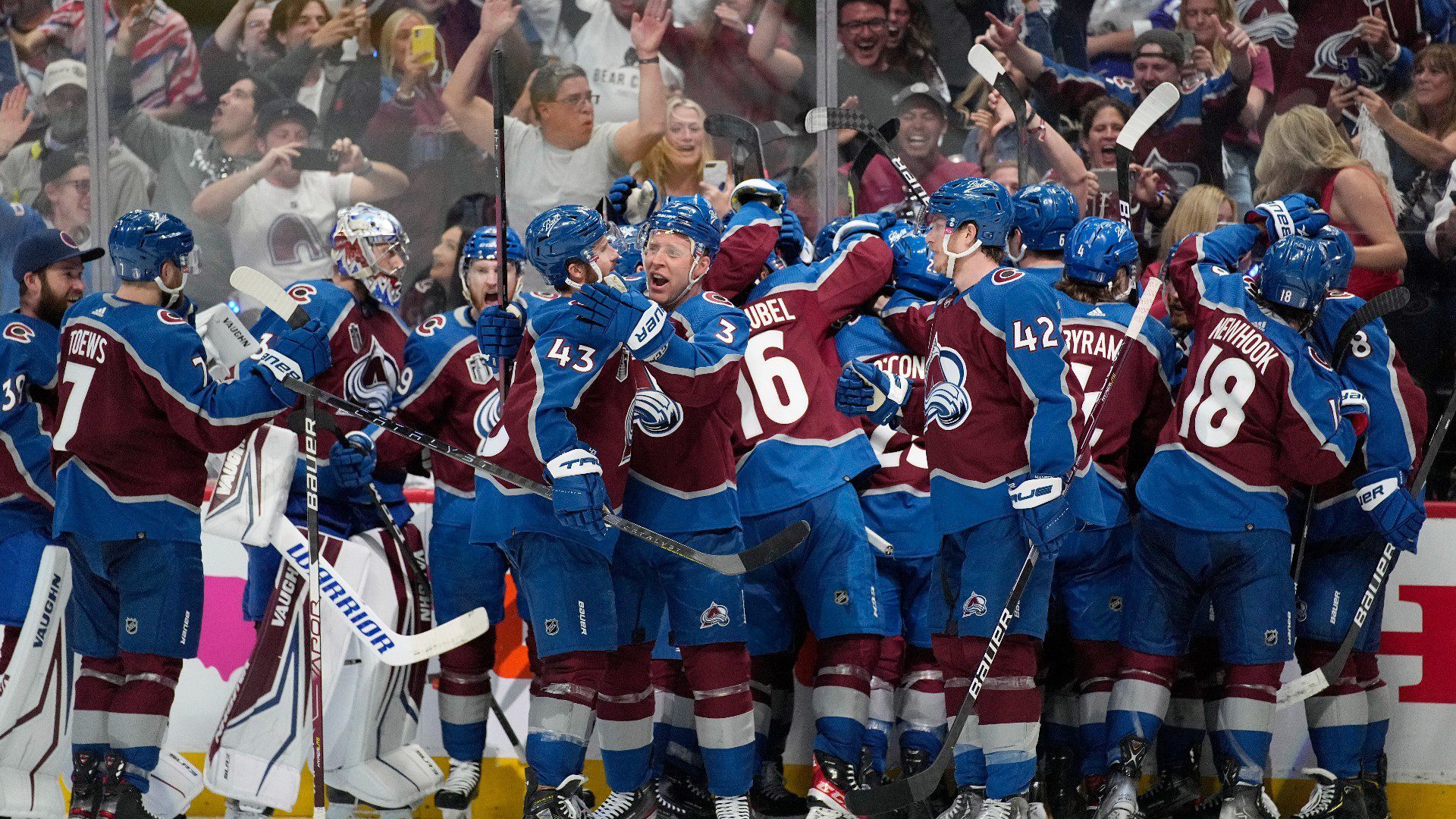 The first game begins on the home ground of the Avalanche, in Denver, Colorado, and they win. The stadium was filled with Colorado fans, and it was a sight to witness after the win. Moreover, in-game two, they win at a striking rate, also on their home ground, making it a perfect victory. Ironically, the Lightening wins the third game, which took place on their home ground at the Amalie Arena, Tampa Bay.

Who is Going to Win The Stanley Cup 2022 Championship?

Amongst the four matches held as of now, Avalanche is in the lead. Could they beat the two-time defending champion and take the trophy? It does seem possible! Colorado Avalanche made it to the finals for the first time in 21 years, so if they win, it will create history. But then, chances of Lightening swapping the trophy last minute are equally possible. And there are 3 more games left, so anyone can take the trophy home at this point. What’s your guess? 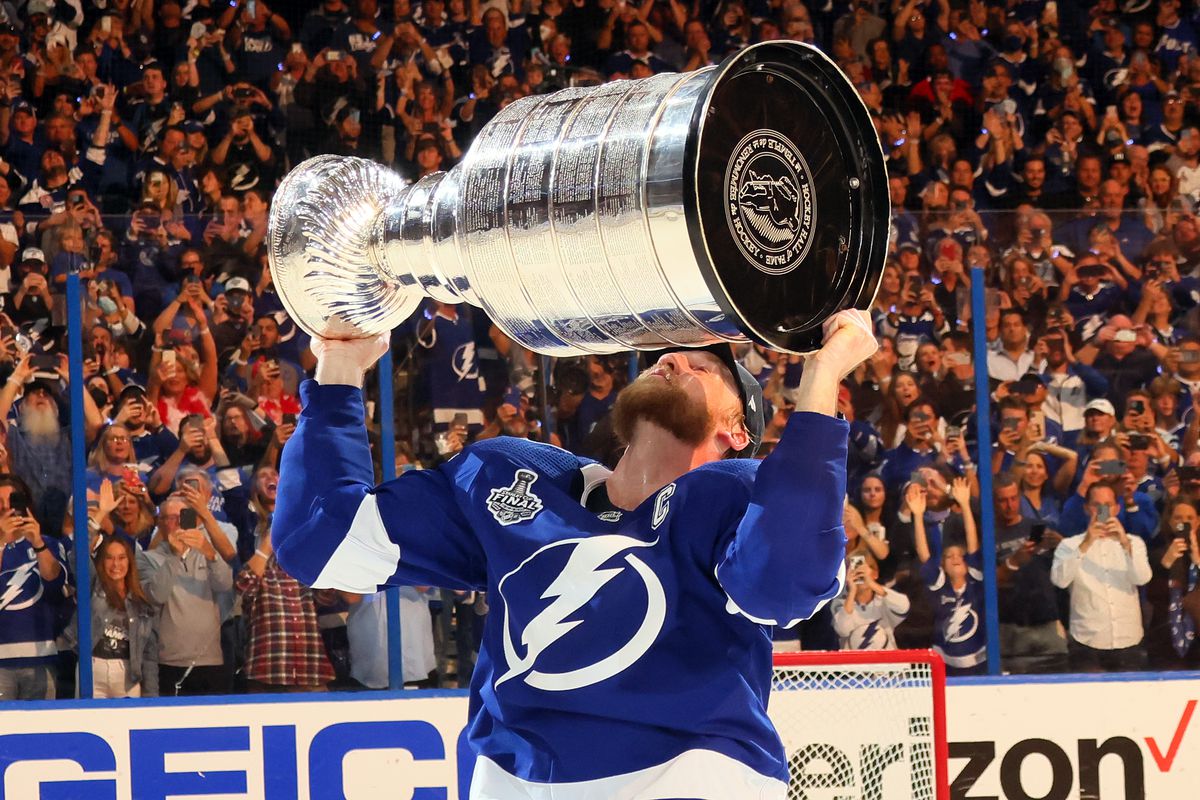 Stanley Cup 2022: Who is going to take the trophy home? In frame: A member of the Tampa Bay Lightning

When Tampa Bay Lightning lost by 0-7, all hopes got lost as well. But they took that loss as an insult and came back with more preparation and anger. One of their top players, Steven Stamkos, talks about their win after the setback and says,

“It is not a true elimination game, but this group was in this position last round, and coming home, we knew it was pretty much a must-win game for us, so I thought we played like it tonight.”

More About The Final Series

Since it’s the final week of the 2022 Championship, it is a huge deal. People are organizing watch parties to celebrate the occasion together. The Avalanche themselves are teaming up with Pepsi Zero Sugar to host watch parties for fans on every game. And the parties are free of charge with giant screens and unlimited food and beverages.

The watch parties are organized by each team whenever the game takes place on their home ground. Viewers are excited for the 7th and final game, which is likely to be held in Tampa Bay.

How to Watch The Game?

This year NHL signed a new 7-year contract with Turner Sports. So, all the Stanley Cup 2022 games will premiere on ABC in the United States and CBC & TVA in Canada.

In other countries like Australia and the United Kingdom, the networks are not available. But viewers can watch the games online on the ESPN+ streaming platform. It requires a minimum subscription of $4 per month in Australia. And in the UK it starts at $6 per month, which is reasonable.

Unfortunately, it is not available in India, but you can watch the highlights on youtube anytime.

Also, Read – Triple H Songs: Everything You Need To Know About The Former Trio’s Discography