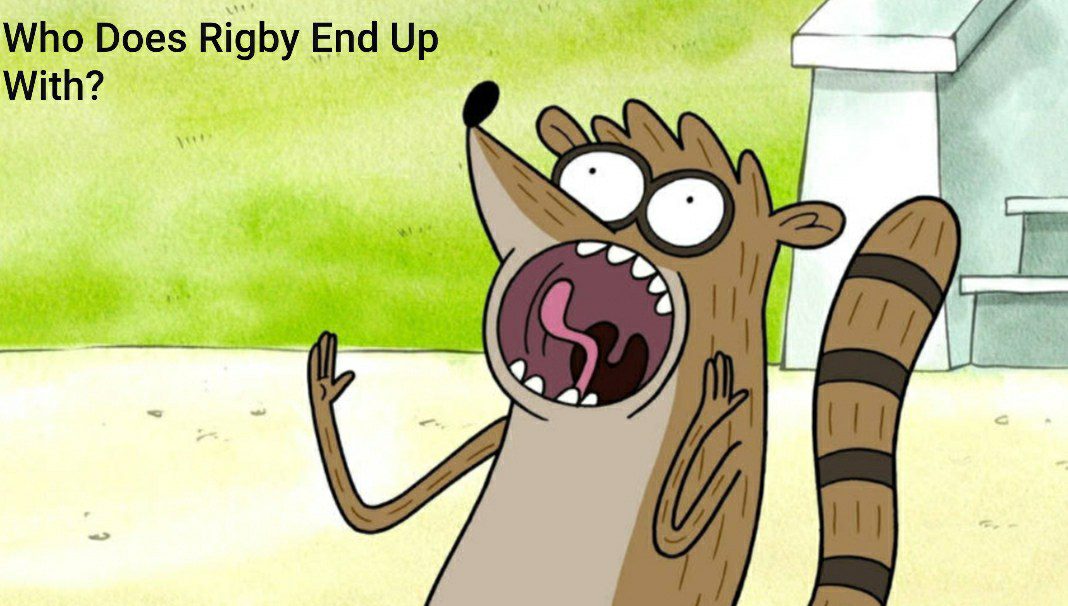 Here, we shall discuss who does Rigby end up with? In case you are confused, we are talking about one of the protagonists of the Regular Show. We saw him working as the groundskeeper at the part. The character has been voiced by William Salyers. Talking about his personality, Rigby is very predictable and often regarded as a child. He is so immature that he gives himself the name Trash Boat, as he thinks it sounds cool and edgy too. But, as the series progressed, he appeared to be more mature and responsible for his friends, Mordecai, Skips, Margaret, Thomas, etc.

Whoever hasn’t watched the Regular Show to the end is wondering who Rigby ends up with. Well, he hasn’t romantically related to anyone in the show except one. However, initially, he shows his dislikeness to her and tries to avoid her. Eventually, he starts feeling for her, and everything gets different. But, who is she? Let’s have a look!

Who Does Rigby From ‘Regular Show’ End Up With?

Rigby ends up with Eileen Roberts. Her character has been voiced by Minty Lewis. She is also another protagonist of Regular Show, where she is found as a student at the City College and also working as a waitress at The Coffee Shop. Here is a breakdown of their love story. 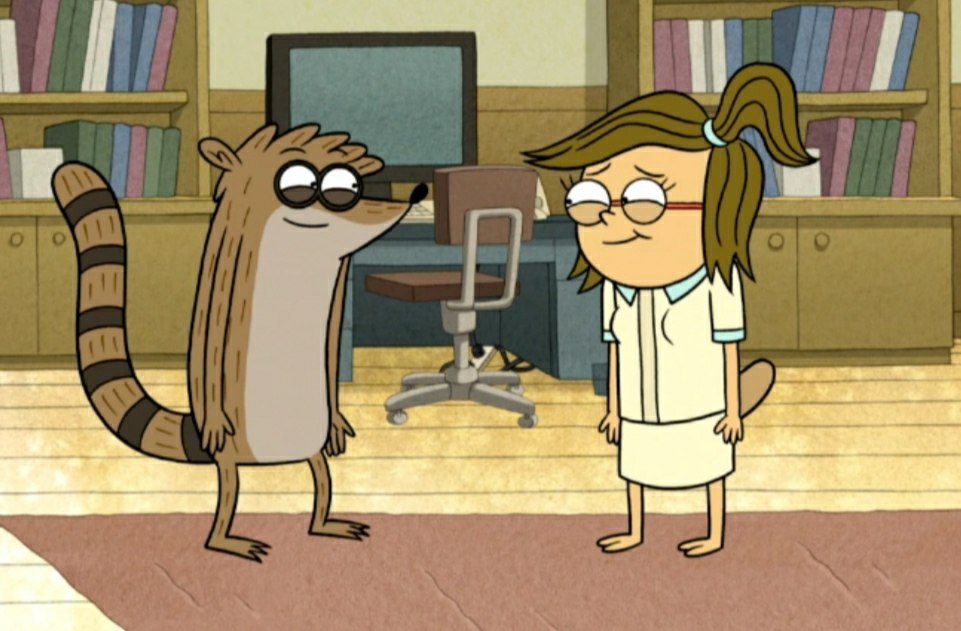 Initially, Eileen had a crush on Rigby, but he tried to avoid her. However, in the later episodes, Rigby has hinted to be falling for Eileen. They share a very close bond, and their feelings for each other grow stronger than ever. He is found appreciating her on various occasions, especially her ability to break the window of Margaret’s car. Have you not watched the episode ‘Diary’? Rigby calls her hot without her glasses on. She also helps him to keep his job intact. Also, in the episode ‘Skips in the Saddle’, when Rigby gets teased, he shares to be just friends with Eileen, and nothing was going on beyond that.

Meanwhile, Rigby starts feeling that he isn’t smart enough to date Eileen. So, he decides to get back to high school for graduation. He starts canceling their dates, and she gets upset. On knowing that Rigby plans to get the diploma degree for her, she gets extremely touched. Later, Rigby and Eileen also go to the prom together, where he realizes how beautiful she is. Finally, at A Regular Epic Final Battle, we see Rigby kissing Eileen for the first time in the series. It gets very special for both, and eventually, they get married to each other. They also get blessed with a couple of children, living happily together.

Also Read: Who Does Mordecai End up With? The Finale of Regular Show