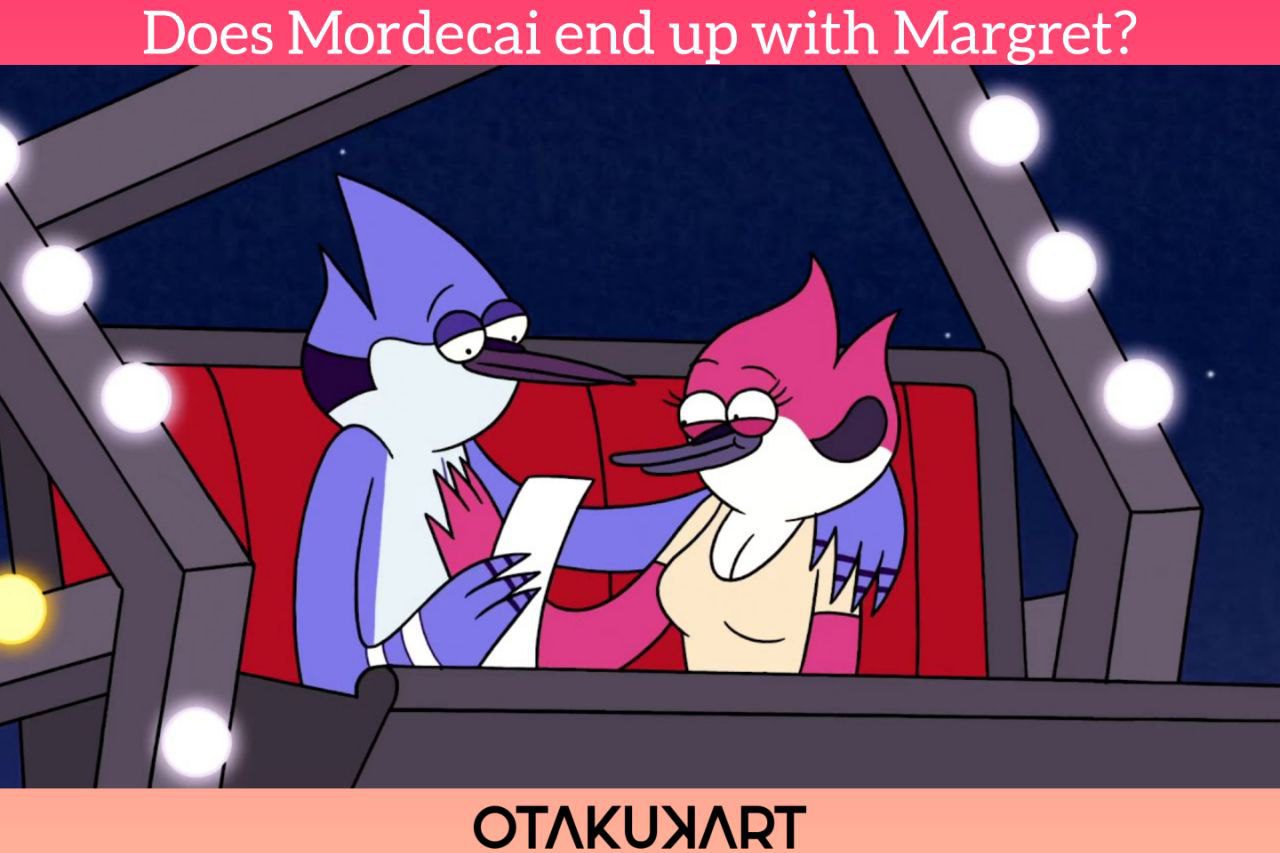 Mordecai is a 23-year-old anthropomorphic blue jay who works as a groundskeeper at The Park. He is one of the seven main characters of Regular Show, the American animated television series created by J. G. Quintel for Cartoon Network. Various times Mordecai’s romantic side had left him getting hooked up with several ladies. But who does he end up with? Does Mordecai end up with Margret? Well, if you are curious to know more about Mordecai’s love interests, then this piece is all that you need. In the below sections, we would be discussing the various phases of his dating life and would finally reveal that did he ever got settled? But before we jump on to the main topic of today’s discussion, let us know a little bit more about Mordecai.

So, Mordecai made his official entry in the “pilot.” And regarding his last appearance, it was the series finale, “A Regular Epic Final Battle”. Interestingly, the creator of the show, J.G. Quintel, had himself given his voice to Mordecai. He found met Rigby when he was in Kindergarten. And since then, they have been best friends, despite the hurdles which stood in front of their friendship. However, Mordecai is more responsible, mature, intelligent, and diligent as compared to Rigby. But what about his love life! Does Mordecai end up with Margret? Did he ever settle down? Let us find out! 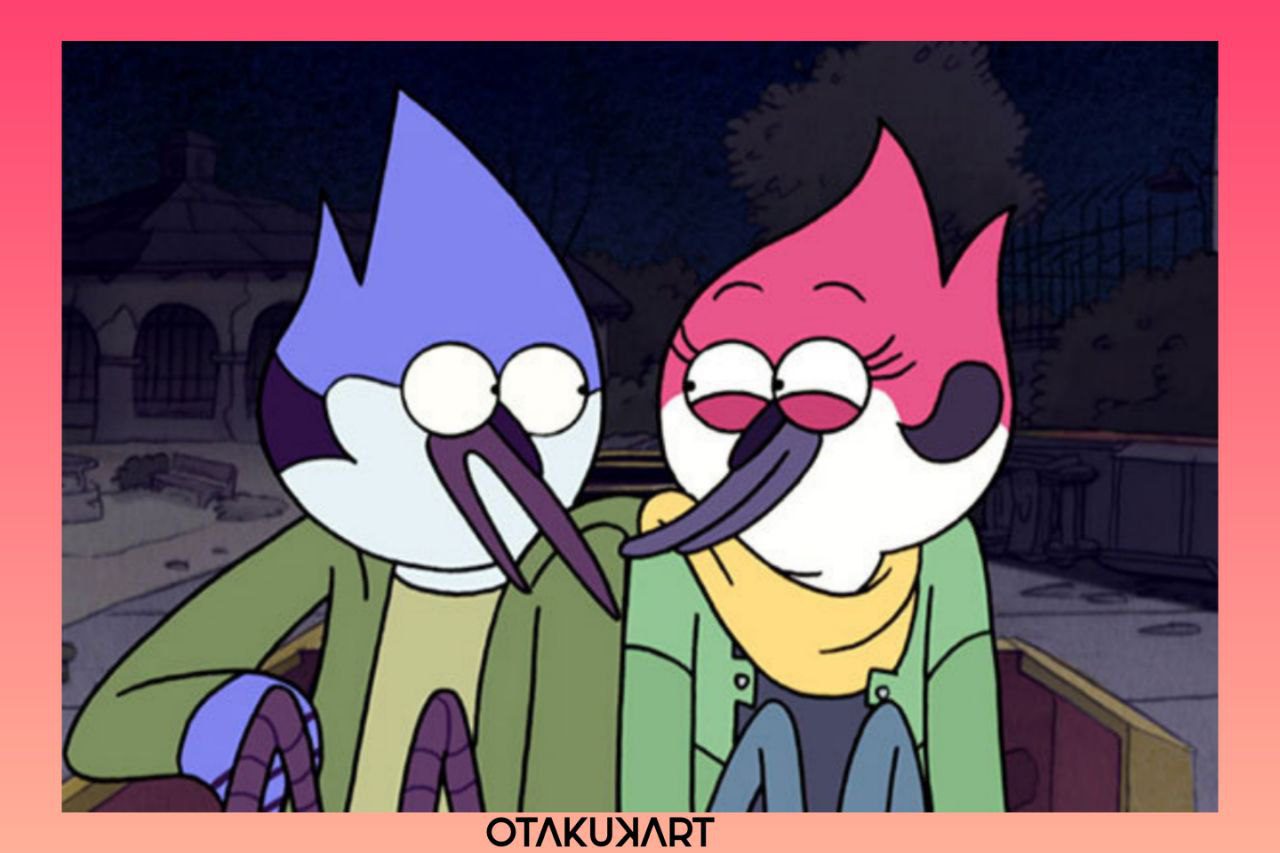 Also Read: What is the name of Pepe Le Pew’s girlfriend? Who is Pepe Le Pew Dating?

Relationship between Mordecai and Margret

Well, Margret wasn’t his first crush. She is Mordecai’s fifth-known love interest. The series describes her as a 22-year-old red-breasted female robin. She earlier used to work as a waitress at the Coffee Shop across the street from The Park, where Mordecai used to work. Mordecai was head over heels for her. He usually used to find excuses to go to the coffee shop to see her. Mordecai’s feelings for  Margret were crystal from the beginning itself. However, Margret never got open about her feelings in the early seasons.

In “Picking Up Margaret,” when Margret was about to board her flight, Mordecai was wishing to kiss her to bid goodbye. But he could not gather the courage to do so. Interestingly, out of his thought, Margret kissed him before boarding. Which pumped Mordecai’s heart with love syrup. And was left in a state of total surprise!

It was in the “Meteor Moves” when Margret, too, had put her feelings openly. As usual, Mordecai was afraid to move ahead and kiss her because he was afraid that it would destroy their friendship. But after being pressured by many people during the meteor shower, Mordecai finally made the move and kissed her. And then, the two were found holding hands when they returned to Margaret’s car. Which revealed that she too possessed feelings for him. And it wasn’t one-sided love! So, ever Mordecai had proposed her? Well yes! It was at the end of “Steak Me Amadeus.”

When Mordecai proposed to Margret and asked her to be his girlfriend, she replied that she thinks if the two get involved in a relationship, then it’s sure that it would be meaningful. But then she shows up the acceptance letter to her dream college, Milton University. And then rejects his proposal and runs out of the restaurant with eyes full of tears.

Does Mordecai end up with Margret?

After Margret went to her dream college, some incident made Mordecai realize that she had moved on, and so he too tries to do the same. As a result of which he ends up pairing with CJ. But when Margret returned and the two again kind of rekindled, CJ was enraged! But anyhow, he managed it. It was then told that Margret was dating Del Hanlon. However, later this turned out to be a lie. Mordecai and CJ had anyhow broken up. But what about Mordecai and Margret? Well, they both remained on good terms but not in a relationship. And so, Mordecai did not end up with Margret. 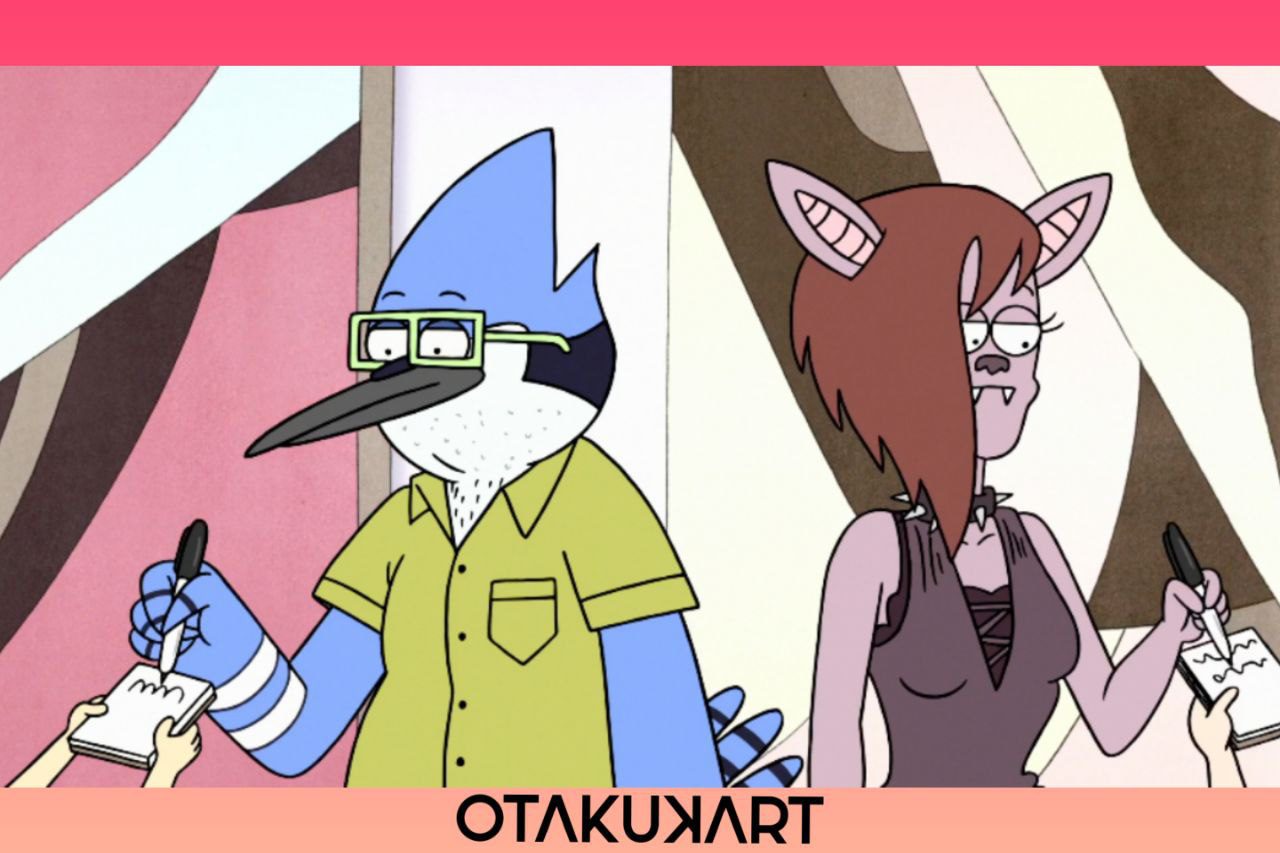 Mordecai and his wife

However, Mordecai got settled down with Stef, a purple anthropomorphic bat. They both got married and are blessed with three children. The two first met at an art gallery where their work was on display.