This article is about the Regular Show, who does Mordecai ends up with at the closing of the show, why was this show canceled, who is the girlfriend of Mordecai, and so on. This animated series was put forward by J.G. Quintel. It is one of the great American shows on the Cartoon Network. The main characters of the show comprise two friends who are working. Basically, a jay of blue color whose name is Mordecai. Along with a raccoon whose name is known to be Rigby. Moreover, both are friends as well as work together at a local park. Added to this is their work of taking care of the grounds at that park.

Every time this pair begins to work on a basic problem, they end up doing an unexpected adventure. Often they lead the way in a kind of supernatural as well as extreme manner. Right on their conduct of adventure, we get to meet other characters as well. These include- Pops, Muscle Man, Benson, as well as Hi-Five Ghost. To not such a big a surprise, this show has been viewed by 2 to 2.5 million people that too every week. Moreover, there was a positive response from the side of the critics as well. Everyone seems to be pointing out a controversial area of the show. Precisely, it is a consequence of the mature themes as well as adult jokes used in it. Meanwhile, this show has made itself quite enjoyable from the viewer’s point of view. 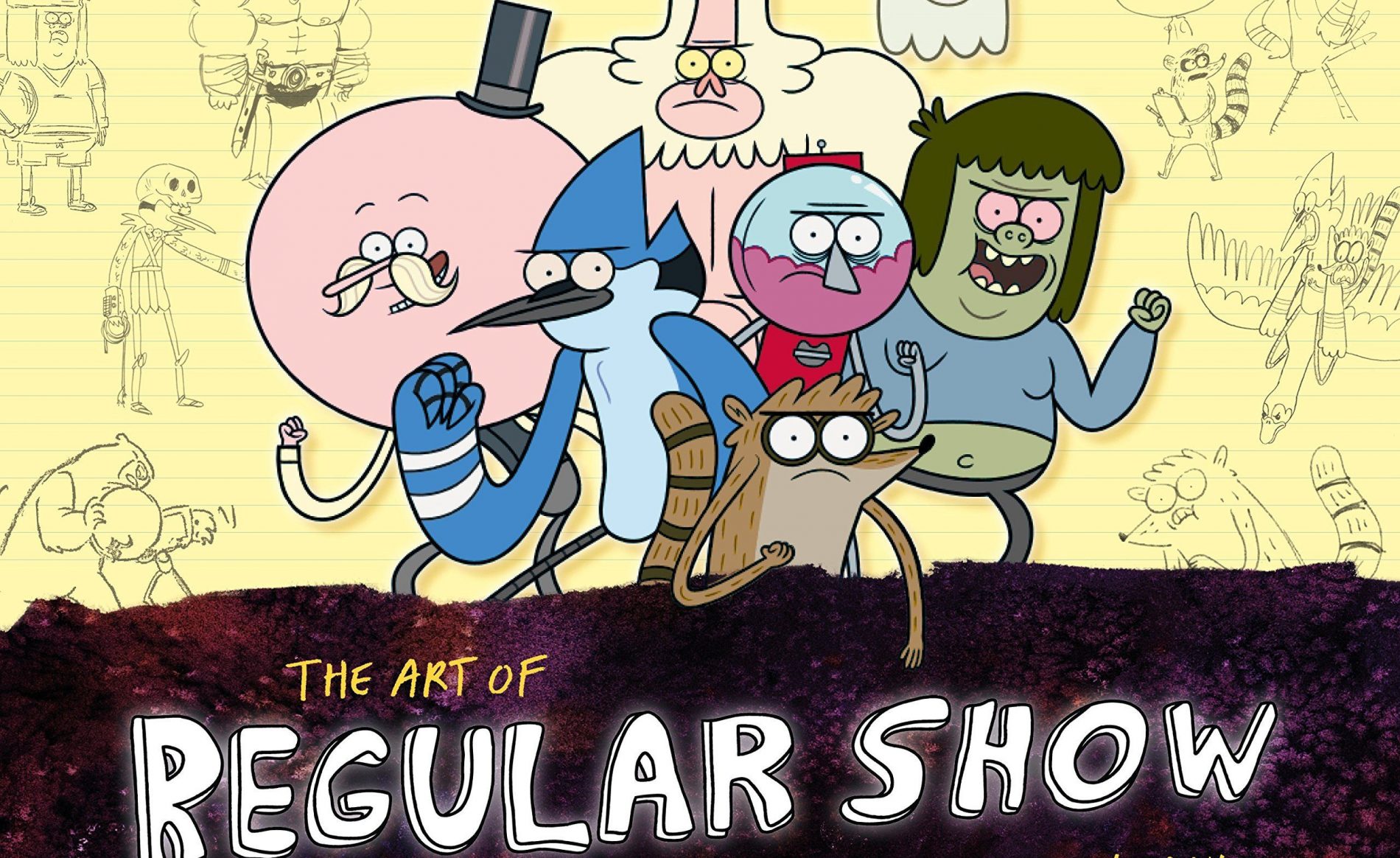 The characters of Regular Show

Who does Mordecai end up with?

This show comprises a total of 261 episodes and 8 seasons. Just like other things have an end, so di the Regular show. It was on the 16th of January in the year 2017 that a finale episode got premiered. This episode went live for one hour and was known by the name of A Regular Epic Final Battle. After the huge end of this show, Pop had to face his defeat with the Anti-Pops. As a result of which he made a sacrifice in order to reuse the universe. The outcome of this is the separation of Mordecai and Rigby.

They both now have separated their ways. Moreover, we see Mordecai turning into an abstract artist and started to paint the women he loved. Her name was Margret but things were quite complicated for the two of them. He even made art for others including CJ as well as Rigby. It was then after years that he finally met Stef. She was a batwoman. Basically, these two met at a convention of art. Both of them got along quite well and considered each other to be the perfect match. Later on, the two of them became parents to their three children. 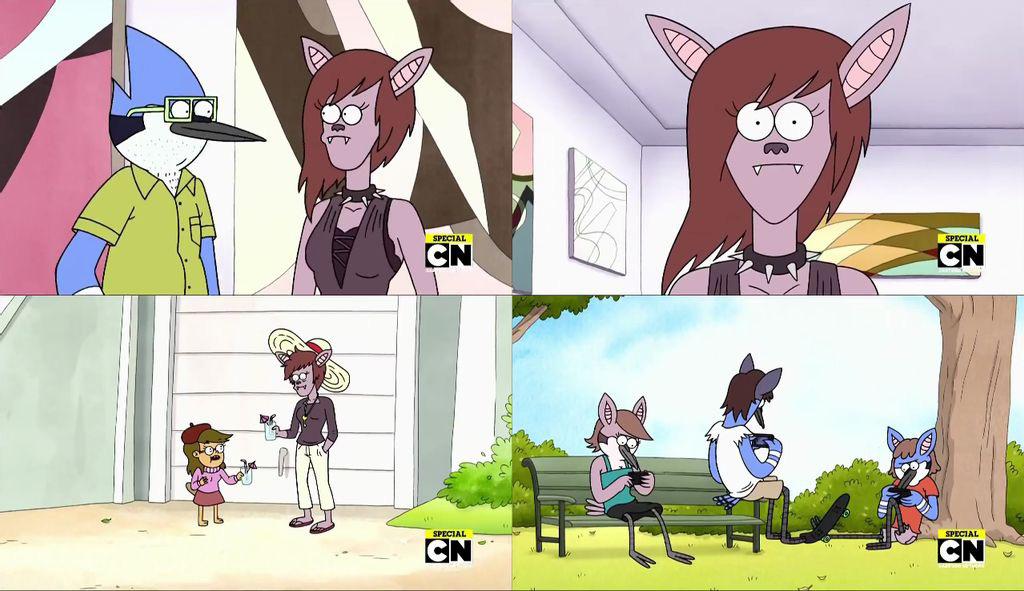 Mordecai and Stef along with glimpses of their children

The character of Mordecai is that of a working-class man in his 23 years of age. He appears to be skinny, quite tall, and is an anthropomorphic jay of blue color. Usually, we see no clothes on him. Precisely, these are some special events on which he wears them. Or as people may notice, he would only wear a shirt that too without any pants. His childhood appearance had him with buck teeth. During his pre-teenage, he had braces as well. He might be a bit ill-mannered or laid-back person. But, is a man of a big heart. 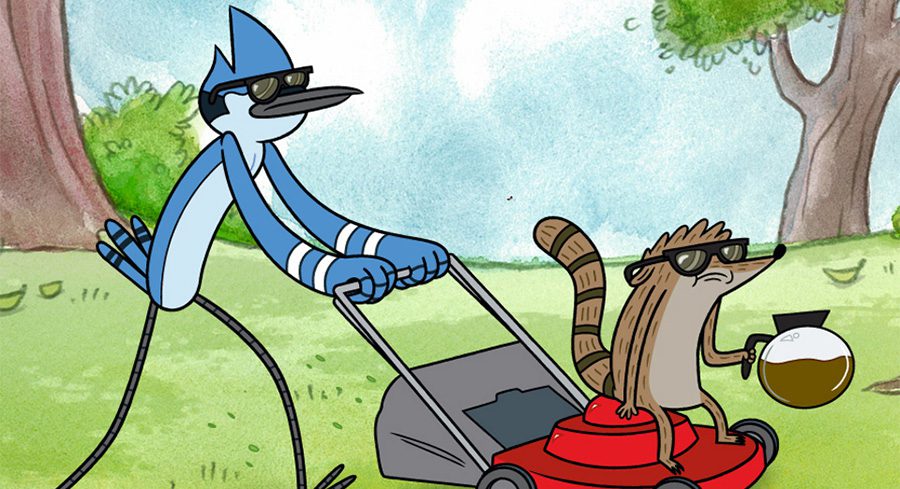 Mordecai is known to have patience, intelligence, as well as a sense of responsibility. He might be a lazy person at work but he has a thing to maintain his reputation. This can be proved when he was about to lose his life. This was the time when he was being labeled with the word Slacker. He was quite bad with his love affairs. This was because he was an honest person and used to speak everything from his heart.

Whether it was too or bad. Margret was his crush and every time she used to come by, he used to lose his focus. Indeed he was quite a serious man. And he always encouraged people to do what was the right thing to be done. That is all we have regarding the Regular Show, who does Mordecai end up with at the closing of the show, why was this show canceled, who is the girlfriend of Mordecai. Thank you!

Also Read: Lucian Grainge Net Worth: How Rich Is The Top Successful Executive Of Music Industry?