Here, we shall discuss the details of Eve Episode 16. In case you are a bit mistaken, Eve is a 2022 South Korean melodrama, directed by Park Bong Seop. It focuses on the story of Lee Ra El, who is highly inspired by her family. But her life crumbles after the sudden death of her father. She aims at her rival, who caused the tragedy and decides to take revenge. Not spilling out the beans from scratch, Eve is based on a legal divorce battle.

The Kdrama Eve is also popularly known as Eve’s Scandal, covering 16 episodes. Recently, more precisely, on 21 July, Eve Episode 16 dropped. Fans have been crazily waiting for the ending, and here is the spoiler. Without wasting any time, let’s dive in.

Also Read: Is EVE K-Drama Available To Watch On Netflix?

Eve Episode 16 begins with Lee Ra-El and Kang Yoon-Kyum being together. On the other hand, Han So-Ra and Kim Jung-Chul start planning to kill Lee Ra-El. On the departure of Kang Yoon-Kyum, Kim Jung-Chul goes inside the place and tries to kill her. Lee Ra-El attacks him back, more specifically in his injured leg but fails to win as he overpowerers her, using his strength. On realizing that he is tricked, he goes back inside and attacks Kim Jung-Chul, which results in his death. Later, he offers some sleeping pills to Lee Ra-El and suggests to her that she deserves to lead a better life. The action of the pills starts soon, and she falls asleep. Kang Yoon-Kyum later informs Seo Eun-Pyeong that he has killed him. 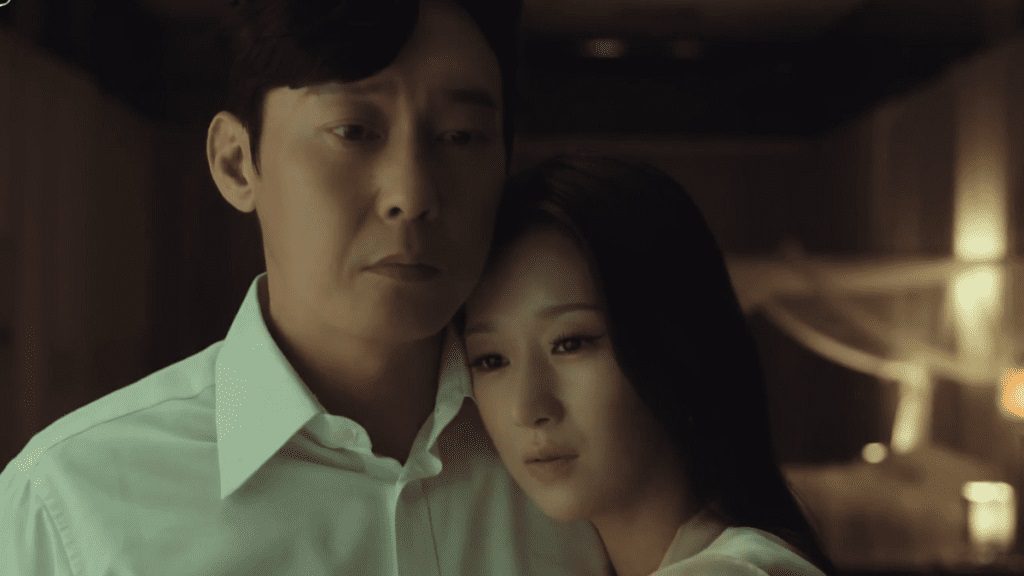 The cops come in and carry Kim Jung-Chul’s body. Han So-Ra notices that and soon gets a call when she comes to know that she is going to get divorced. Hearing this, she bursts into tears and goes crazy. There, she turns into kidnapping Lee Ra-El and angrily says ‘DIE’ to her, throwing the frustration at her. Kang Yoon-Kyum and Seo Eun-Pyeong follow her in their cars. On getting crashed, Lee Ra-El gets stabbed, and Seo Eun-Pyeong helps her to get out of the car. Unfortunately, Kang Yoon-Kyum decides to kill himself and also his wife. He drives off a cliff, and Han So-Ra gets badly injured.

In the meantime, the police department starts its investigation. The right-hand man surrenders himself and shares and asks them to leave him alone. He passes away silently, without bothering anyone.

At the end of Eve Episode 16, we get to know that Kang Yoon-Kyum had transferred all of his wealth to Lee Ra-El. Everything is back to normal. Even though Han So-Ra hasn’t passed away but struggles with schizophrenia. In addition to this, she has lost all of her memories. Eve Episode 16 ends up with Lee Ra-El deciding to get relocated to Buenos Aries. For the same, she books a one-way ticket. On the other hand, Seo Eun-Pyeong resigns and goes after her.