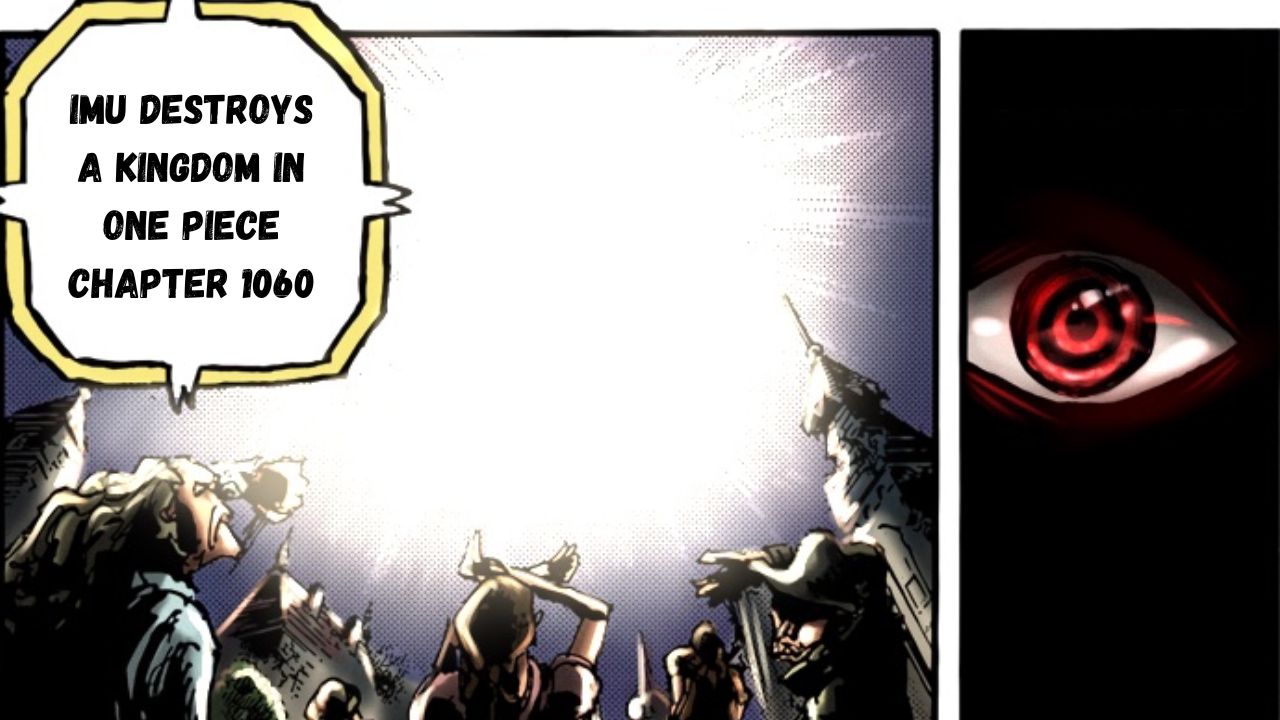 The events from the One Piece Chapter 1060 were something almost unbelievable but they are here and it seems like Oda won’t stop surprising us anymore and the final saga is indeed making as good as Oda hoped it would be. Just as we usually do, let’s break down the events from One Piece Chapter 1060 bit by bit in this article while we will also provide you with the colored raw scans here and there. Here we bring you the latest One Piece series updates.

Just as promised, we have Luffy’s Gear 5 on the cover of the shonen jump’s 42nd issue and the updated version of the bonus coloring page from the volume 8th of the series that is now featuring all of the straw hats. 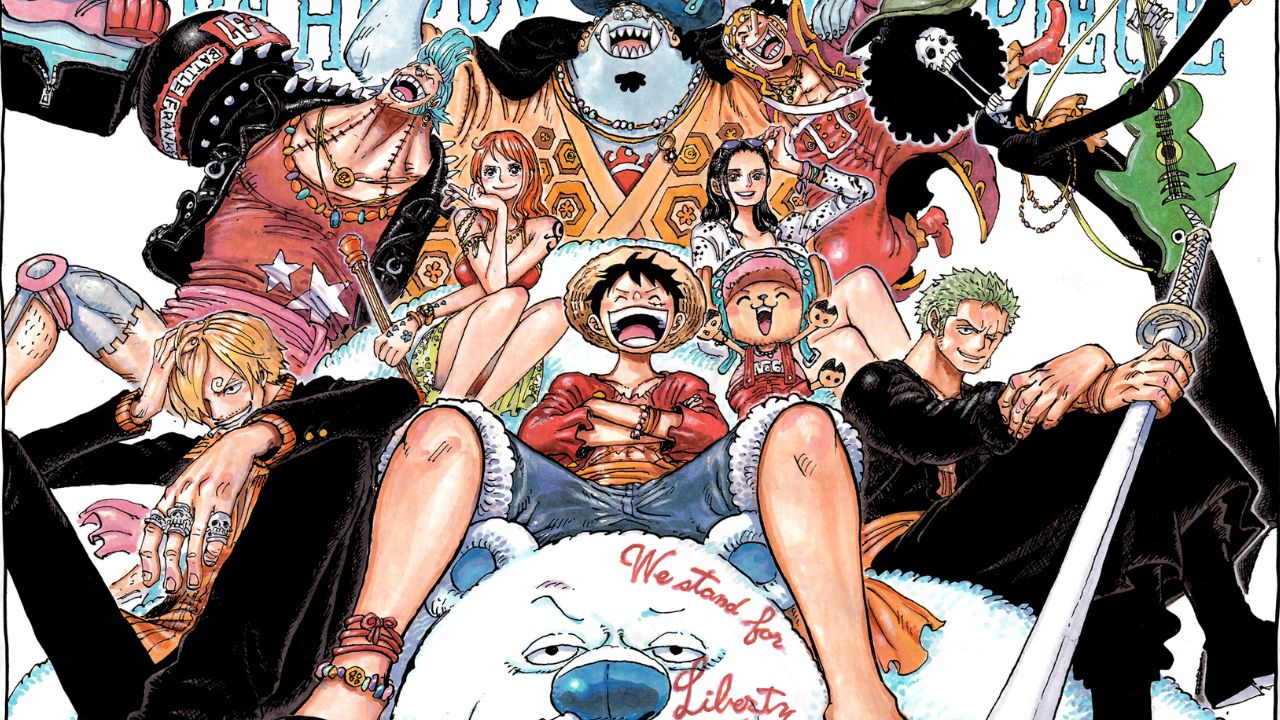 The chapter begins with Luffy throwing tantrum after reading the news about Sabo murdering Vivi’s father, King Cobra and Vivi being missing. Robin agrees with Luffy that a member of the Revolutionary Army wouldn’t kill a King because their enemies are Celestial Dragons. Luffy first insists on going to Alabasta but Zoro what good will it do now since the King is dead and Vivi was last seen at Mary Geiose. Luffy then says let’s go to Mary Geiose but Zoro again stops him by saying why would you go to the enemies’ den without having any leads.

In a barrel on the Thousand Sunny, we also see Caribou listening to their conversation. Meanwhile, Sanji, Chopper, and Nami are also getting worried about the news and while the others are also discussing the matter. Zoro says that they shouldn’t underestimate Vivi and when the opportunity presents itself, they will jump in to save her. The conversation ends with Luffy, Sanji, Chopper, and Nami calling Zoro names like Onigashima, Green Kaido, Green Mom, and Moosehead.

Luffy adds that the news regarding Sabo is a lie and then reminisces about his dream that he told Sabo, Ace, and Shanks which he also tells the crewmate and they are all surprised to hear it. Ussop says it is something impossible but Luffy says that if he becomes the Pirate King then he will have come one step closer to it.

Sabo and Imu at the Lulusia Kingdom

The second part of the chapter begins with Marines intercepting the call between Sabo and the Revolutionary armies. He begins the conversation by informing us that he wasn’t the one who killed King Cobra. Sabo further adds that he something unbelievable when he was at the Mary Geiose. He says that at the Pangea Castle in the throne room, the throne wasn’t empty and before Sabo could finish his conversation, the Lulusia Kingdom gets wiped out by laser beams from above the clouds. 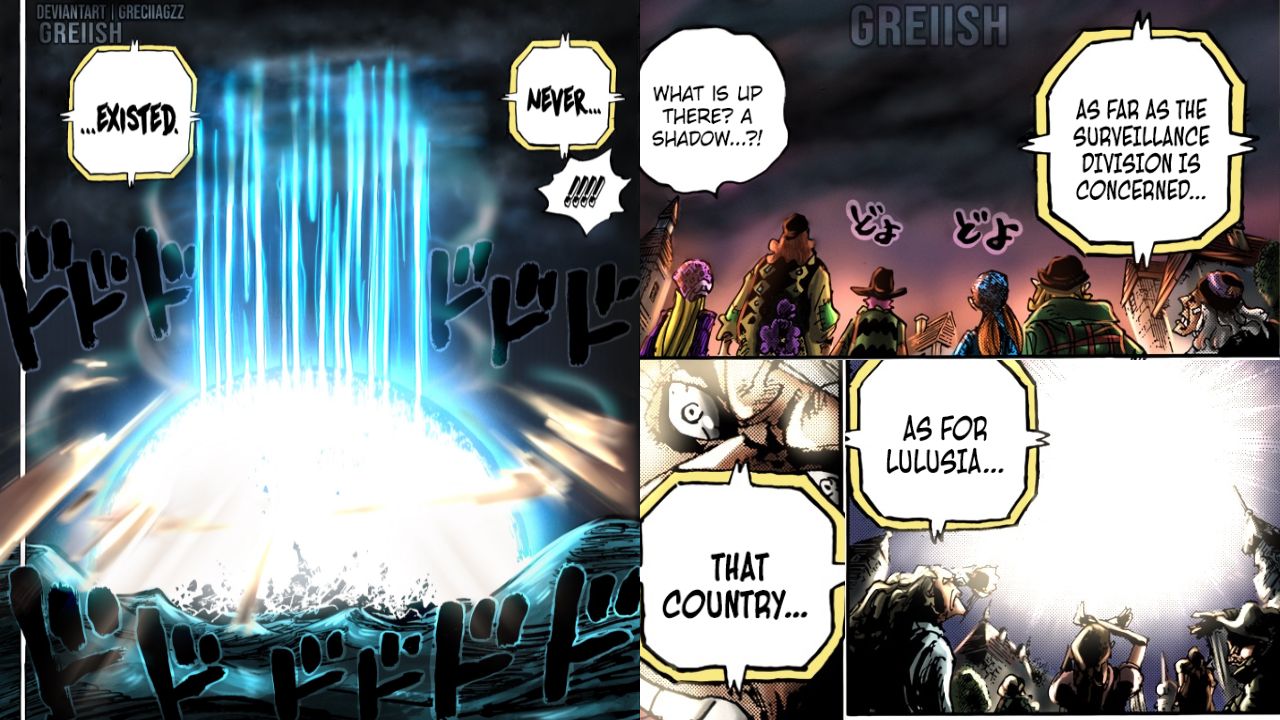 While Sabo was preparing his call, simultaneously we also saw that the Five Elders at the Marine headquarters said that it was fate for Sabo to be in the Lulusia Kingdom and Imu, the mysterious character was seen in the chapter crossing the Lulusia Kingdom out of the map. Thereafter, no news from Sabo, and it is presumed that Sabo died with the Lulusia Kingdom.

The last narration of the One Piece Chapter 1060 is a few days later on the Thousand Sunny again and the straw hats continue their journey in the New World and they have entered a climate that is very freezing. Amidst this, Chopper comes out cute dressing and says that he is here to report but gets blown away by the wind.

Why are Zoro stans not pushing agenda with this feat? 🗿 He effortlessly cut this big ass shit pic.twitter.com/32zzK0OJiS

They also see a giant warm eddy that is approaching the Thousand Sunny and they notice that there is someone inside it. Sanji says that he can hear a lady crying and Zoro says that he can cut the eddy and cuts in half. When Chopper gets blown away, Luffy stretches his hand to catch him but also gets blown away, and out of the eddy, a kid pops out which is revealed to Jewelry Bonney whose bounty now is 320 million berries.

Also Read: What Episode Does Hughes Die? A Death That Is Still Considered One of the Saddest