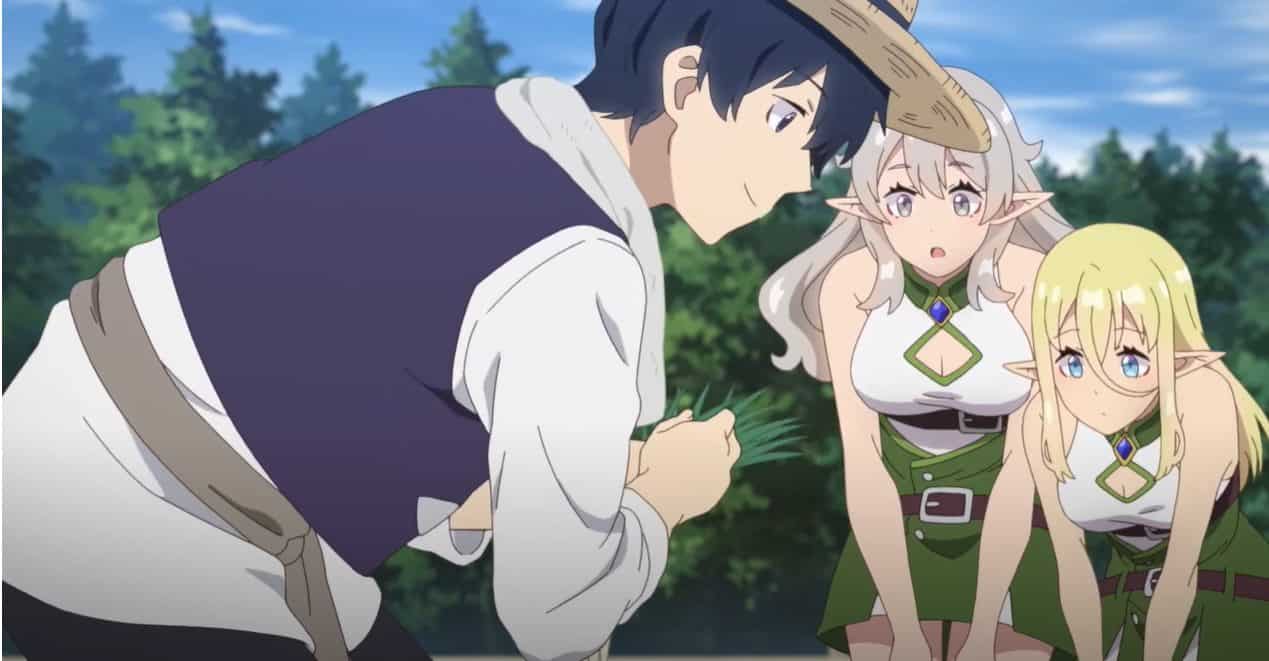 Still from the trailer of Farming Life in Another World

If the anime Farming Life in Another World just caught your attention and you are curious to know more about it, do not worry, we’ve got you covered. You have come to the right place, as we are about to cover everything you need to know about this much-hyped anime. From the plot to where to watch, we will tell you everything there is to know about the show.

Farming Life in Another World is a light novel series written by Kinosuke Naito and illustrated by Yasumo. Since its release in October 2017, it has gained huge popularity, and in January 2023, the Japanese animation studio Zero-G released an anime series of the same name. Only two episodes of the anime have aired so far, but it has already captured the hearts of its fans because of its enticing visuals and different storyline.

The anime follows the life of our protagonist, Machio Hiraku, who dies at the age of 39 due to sickness. God gives him a chance to live a different life in another world and grants him a few wishes. His wishes are to live a healthy and peaceful life as a farmer and know the local language. Although the storyline and plot seem normal, it will be interesting to see what challenges lay ahead of him in his new life. More of that will be explored in upcoming episodes.

The anime’s main themes revolve around reincarnation, the harem, and isekai. Although this might not be a theme that is undiscovered or something new, the anime is something that promises a good time and a way to escape from normal day-to-day life. 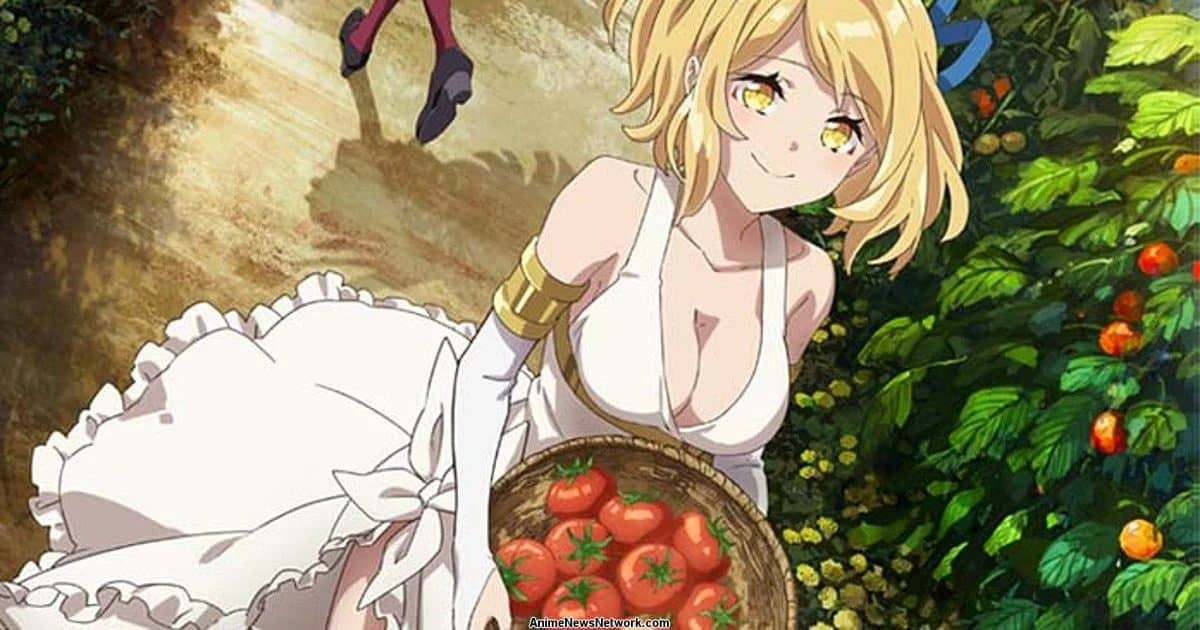 Tia from Farming Life in Another World

Farming Life in Another World: The Story So Far

The first scene of the first episode of Farming Life in Another World starts with our protagonist Hiraku Machio waking up from a dream that he hasn’t had in a long time. As he woke up and went outside, he was greeted by a beautiful girl who apologized for not having done the morning chores.

The girl and everything seem normal until we realize that the girl has a horn, and this world is quite different from the one we live in. Everyone has striking physical features like horns, wings, or something else, and other people seemed unfazed by that. Other than that, everything else seems normal, and our protagonist looks like a rich farmer who seems to be surrounded by many beautiful ladies.

In the very next scene, everything that we saw up until now is explained. We see a burning ball of fire floating in the air, standing in front of a man. That man turns out to be God, and the burning ball of fire turns out to be the soul of our hero. In his previous life, we see that he had a pretty miserable life in which he was betrayed by his loved ones and died alone at the age of 39 from a terminal illness. God took pity on him, and as a penance for giving him such a bad life, he offered him a new one where he could be anyone he wanted.

Seeking a chance, Hiraku asks to be a farmer in a land far from the crowd. He remembered watching a farming show and wanting to try his hand at it. He also said he was not that good at talking to people in his previous life, so he wanted to be better at that. God granted him his wish, and he woke up in an unknown land. God also said that he would be giving him an almighty farming tool that would help him.

Waking up alone in the forest, Hiraku tried to find his way back home. He woke up as a healthy young man and was dressed like a farmer. It seems like our hero is starting from scratch, as there is nothing nearby as far as you can see. The anime abruptly begins to feel like a game as our character struggles to find food or water and embarks on a quest. Having found none, he decides to dig a well himself. Using his god tool, he digs up a well, and as it turns out, that tool can transform into anything you like. Moreover, the one who uses it will not get physically tired from the labor and can thus do as much work as they want.

The work started, just like in a video game, he dug a well, cut a tree, carved wood out of it, made a cup from himself, and started making his hut. All this he did with the information he had while playing the farming video game in his previous life, and this anime felt exactly like that. The next day, he started a fire like in the old days (using the magnifying glass), and just when he was searching for food, a scary-looking rabbit came out of nowhere. To protect himself, he attacked it, and there he had it—his food for the day.

Now the main problem that remained in front of him was how to get the seeds to cultivate. After digging rows for seeds to plant, as he went around in the jungle to look for something, he found that new saplings were already budding in the ground. Thinking that it was because of the almighty tool, he built walls around it to protect it from animals and a hut and a toilet for himself to live in. A few days later, two harmless-looking but giant dogs came, and he took them in, thinking that dogs are farmers’ best friends. He fed them but soon discovered that the female among them was pregnant. He gave them his hut and stayed overnight as she went into labor. The next day, he woke up to see cute puppies running around.

Life started to become normal; dogs and their puppies stuck around; he used to kill wild and harmful animals for food, his sapling grew into tomatoes, potatoes, and more; and he built a second hut for himself.  As civilization progressed in the past, so did the life of our hero. Soon he started planting fruits, building huts, and exploring the forest further. A spider came to live with him and weaved clothes for him, which helped him survive the winters. One day he meets a stranger who comes to do research on vegetables, and Hiraku convinces her to live with him.

As it turns out, God has mistakenly thrown him into the “Forest of Death,” which is filled with dangerous creatures. Unaware of this, our hero lives his normal, peaceful life. Soon, new people join in, and he discovers the forest’s truth. The third episode of the anime, “More and More New Roommates,” is set to release on January 20, 2023, and it will be interesting to see what the future holds for our hero. What enigmatic secrets does the Forest of Death conceal? What kind of creatures would they encounter? And how exactly did he build such a lavish life? To find out more, keep an eye out for the new episodes, which are set to release soon. 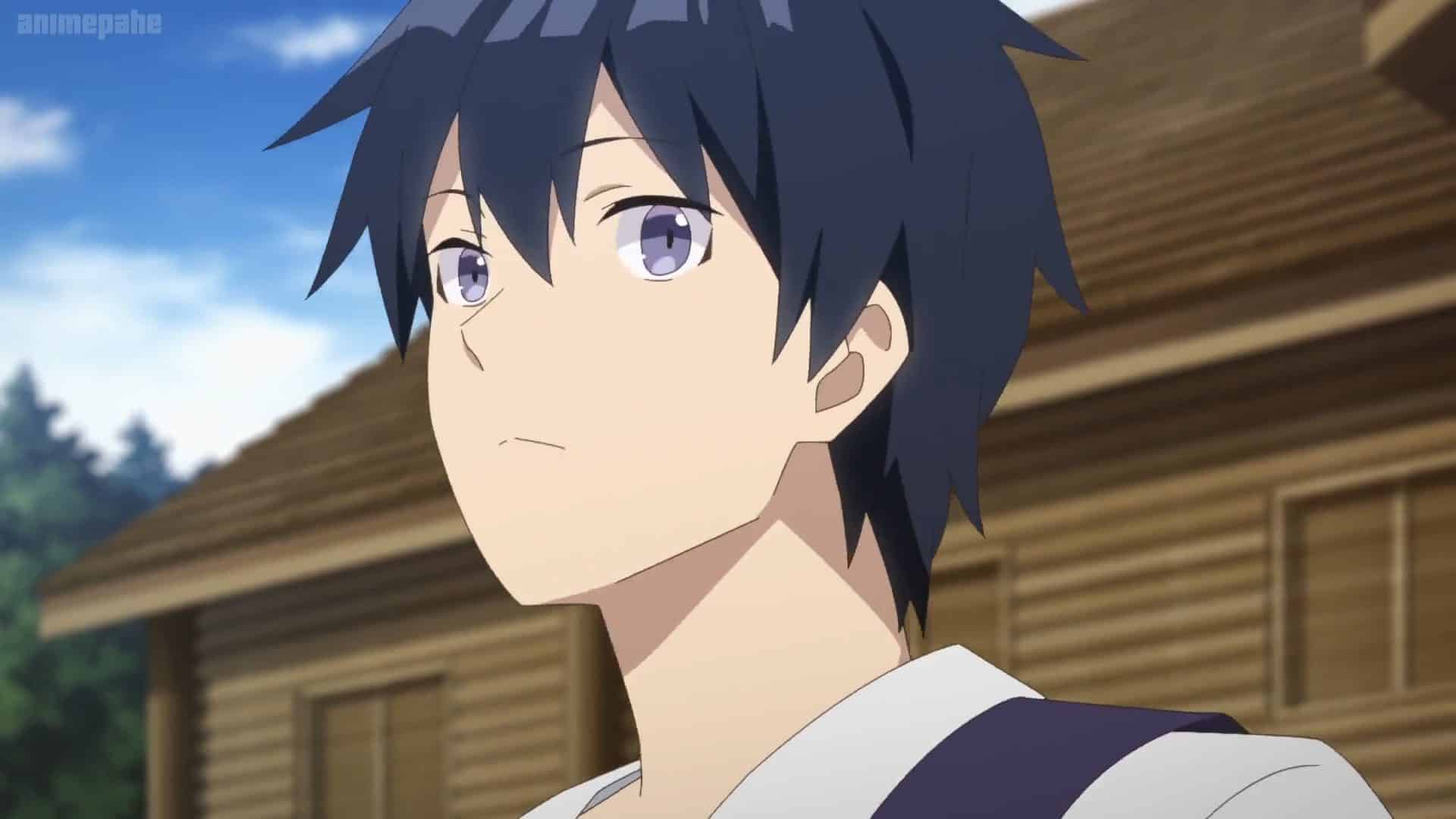 Still scene from the anime

Read More: 44 Anime Like Golden Kamuy That You Should Watch

Farming Life in Another World: Characters and Trailer

The voice actor for the main character, Hiraku Machio, is Atsushi Abe.

The character of Ruu, who is a magical vampire whose size changes according to the amount of blood she consumes, is voiced by Shino Shimoji.

Tia and Ria are voiced by Aya Suzaki and Lynn, respectively. Tia is a female angel, and Ria is the head of the elf girls. 200 years ago, their home was destroyed by humans, and ever since they have been homeless until they were brought to Hiraku’s farm by Ria. They assist him by crafting tools and weapons.

There are other supporting characters as well, such as Ann, Flora, and Sena, who are voiced by Yukiyo Fujii, Miyu Tomita, and Machico, respectively.

To get a better idea of the anime, here is the trailer of Farming Life in Another World on YouTube.

Read More: How To Watch Tomo-Chan Is A Girl Episodes? Streaming Guide You Need

Farming Life in Another World: Release Date and Official Schedule

The first episode of Farming Life in Another World was released on January 6, 2023. The series will probably have 12–13 episodes and be broadcast in Japan according to the following schedule:

The repeat broadcast of the anime airs on Tuesdays at 9:00 and on Thursdays at 15:00. As the third episode is set to be released, fans have been eagerly waiting for the same.

Where to Watch Farming Life in Another World in the United States?

As the anime is licensed by Sentai Filmworks, fans can watch it officially on HiDive. Other than that, fans can also watch it on official Japanese broadcast stations.

Where to Watch Farming Life in Another World in the UK?

It might be a possibility that the show may come to other streaming platforms as well, but for now, fans of the anime in the UK can watch the show officially on HiDive.

Farming Life in Another World: Where to Watch in India?

Currently, there is no legal way to watch any show on HiDive in India, but we can hope that soon the show will be available for its Indian fans to watch.