What is the Reading Order of Monogatari Light Novel Series? 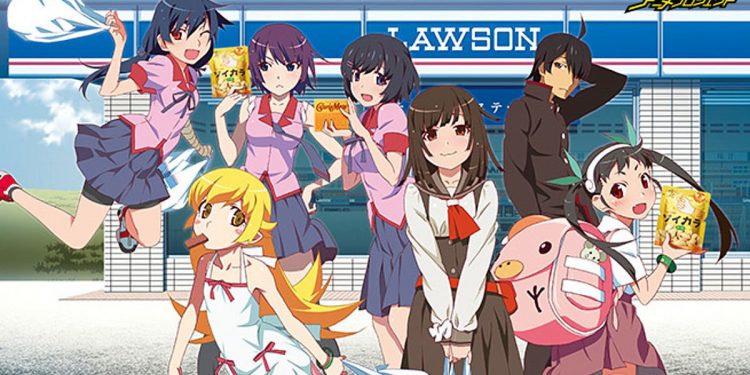 It might be a bit tough to start the Monogatari series because it has too many parts. This is the reading order of Monogatari light novels that will help otakus and weebs to read and watch it in the correct sequence and enjoy the anime without getting spoilers! The anime series is made by the SHAFT animation company. The anime features the lives of many characters with engaging storytelling so that each character gets deep analysis by the viewers. Many of the parts are happening simultaneously, which might make things confusing. Here, the watch order is put, which will help the viewers to watch it in the most accurate order.

The anime can be watched in two ways. One is the way in which it was released. This is the best for the viewers who are watching it for the first time. But for advanced viewers, who have read the light novel or are just rewatching the anime, it’s best for them to just watch it chronologically. The first part of the series, Bakemonogatari, was released in 2009, and it is based around a guy called Koromi Aragi. A vampire bites him. Meme Oshino helps him transcend back to his human self, but some vampire traits remain in him. So how should a person keep up with anime and light novels? Let’s find out!

1. For First Time Viewers of anime: Order of Release

The Monogatari series is complicated, has tons of characters, and is relatively a bit difficult to watch if you don’t have the correct sequence. The plot is engaging and deep. It is adapted from a light novel, so there is a lot of information that they need to make the viewers aware of. The first-time viewers would find it easier to watch in the order of release. You can find the series on Netflix for countries like South Korea and Japan. Crunchyroll has it as well, but it is not available for Indian viewers either. The order of release is like this :

The First Season consists of:

3. Nekomonogatari Kuro (2012) – This is the prequel story of the Tsubasa Family

The Second Season consists of :

And the Final Season consists of :

2. Owarimonogatari (2015) –  This part tells the story of The Ougi Formula, The Sodachi Lost, Sodachi Riddle, and the Shinobu Mail Stories.

3. Koyomimonogatari (2016) – This anime has 12 different stories about Koyomi.

4. Owarimnonogatari (Part 2) (2017) – It talks about the story of the Hitagi Rendezvous, Ougi Dark stories, and the Arargi Koyomi story. This could easily spoil a timeline as well.

5. Zoku Owarimonogatari (2018) – It was released as a movie in the beginning but was screened as a 6 episode screening in 2019. It tells us about Koyomi’s reverse story.

Also read: 19 Days Anime Adaptation: Will There Be One?

In which order can I read the light novel?

Firstly it’s best to follow the release order way of the anime, to read the light novels and to read the Off-Season and Monster Season, this order can be followed:

2. For Rewatchers: Chronological Order of anime

Some of the viewers love to rewatch this amazing anime! For them, watching it in chronological order would be the best. This way, even the complicated timelines would become much easier to interpret, and this would allow the viewers to see the plot developments, character developments, and little details that they might have overlooked during their first watch. This way of watching is suitable for people who have already read the light novels too, but the first-timers might get lost in this order because of some random flashbacks, gaps, and a skip in the plot. The chronological order is:

Trailer of ‘Bakemonogatari’ – the first part of ‘Monogatari Series’:

Kono Oto Tomare: Why did Satowa Houtsuki leave her home?