In Love Island Season 8 Episode 22, it appears that someone may leave the villa. Everyone is working very hard to survive in the villa, but a couple’s relationship is about to fall apart. In Episode 21, the conflict between Amber Beckford and Ekin-Su Cülcülolu on Love Island heated things up. Ikenna Ekwonna and Indiyah Polack agreed to maintain a more positive relationship after their talk the previous evening as she discussed the possibilities with Dami Ho.

The Love Island 2022 cast soon discovered that the public had chosen their favorite girls and lads and that those who placed in the bottom three faced the possibility of being kicked from the island.

Dami and Indiyah chat about love in the meantime. When she and Ikenna got into a fight, Dami would make every effort to keep things under control. He didn’t want the relationship to end. He would therefore make every effort to maintain control. The Islanders would also engage in a game of truth or dare that would result in the reopening of the Hideaway. The couple had to deal with a brand-new obstacle. The Islanders learned that the audience had chosen their favorite pairs by casting votes.

Before diving into Love Island Season 8 Episode 22, let’s quickly do a recap of the previous Episode. In Episode 21, Jay Younger admitted to Ekin-Su that he didn’t think the girls, notably Amber and Paige Thorne, liked her as the islanders prepared for the evening. In response to Ekin-Su’s decision to investigate the matter after hearing this, Amber revealed that she believes the 27-year-old actress is “playing a game.” When Paige and Gemma Owen arrived to join the conversation, Gemma agreed with Amber when she referred to Ekin-Su as “calculated,” which caused Ekin-Su to start crying in the Beach Hut later that evening. 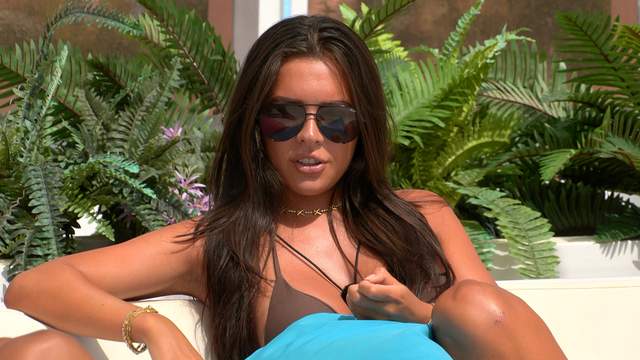 The following day, Amber made the decision to apologize to Ekin-Su for upsetting her. The girls reunited, and everything returned to normal. The islanders were required to participate in a task in the afternoon where they had to fill a cocktail glass with their partner’s beverages using only their mouths. Lovely!

Indiyah and Ikenna spoke once more after the challenge, and she acknowledged that “something was lacking.” Ikenna went to a sun lounger and put on his shades. Later that day, Dami told Andrew that he wanted to talk to Indiyah more about several topics. Dami informed Indiyah in the evening that he hoped he was in her bed, and Andrew advised him to go for it. When Jacques O’Neill and Paige had their first kiss that evening, love was undoubtedly in the air.

The islanders got a text telling them to assemble near the fire pit, but this is Love Island, and hardly anything stays sweet for long. The competitors were informed that the audience had chosen their favorite boy and girl and that those who placed in the bottom three-faced eviction from the island.

The names of the contenders with the fewest votes were shouted out one by one by the islanders. It was Tasha Ghouri,  Amber, and Ekin-Su for the females. Ikenna, Andrew, and Jay were in charge of the boys. Who will be returning home, we wonder. Now we will discuss when Episode 22 of Love Island Season 8 will release and what will happen in it. 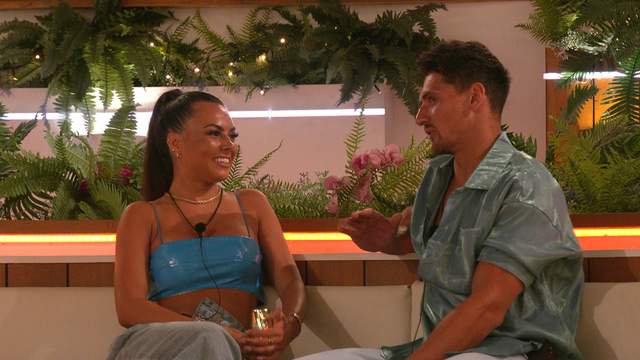 Love Island Season 8 Episode 22 will release on 28 June 2022 on ITV2. As we all know new episodes are aired every day except Saturday, so episode 22 will be available on Monday.  In this episode, there will be two Islanders ejected from the villa. They could be Amber and Ikenna. Ikenna will work hard to earn Indiyah’s heart back first, though. She’ll give him a second opportunity at last, and they’ll connect over a kiss.

A couple will be having a steamy night in Hideaway in the meantime. The lucky pair that succeeds in the challenge will get to spend the night by themselves. Everyone will discuss the night and the duo that leaves the villa later in the morning.

Episode 22 of Love Island Season 8 will air at 9 pm GMT on ITV2. If you have ITV2 on your cable package, then you could just Channel up at the above-mentioned time. But if you missed Love Island S8 E22 for some reason while it was airing, or you like to stream Love Island, then there are streaming options available for you. ITVhub+ has been the OG streaming platform for the show. But for streaming episode 22, you’ll have to wait for a day after episode 21 has aired on TV.

There is also an option provided by the platform to stream the show for free, but then you’ll watch those ads. For an ad-free experience, just purchase its subscription.