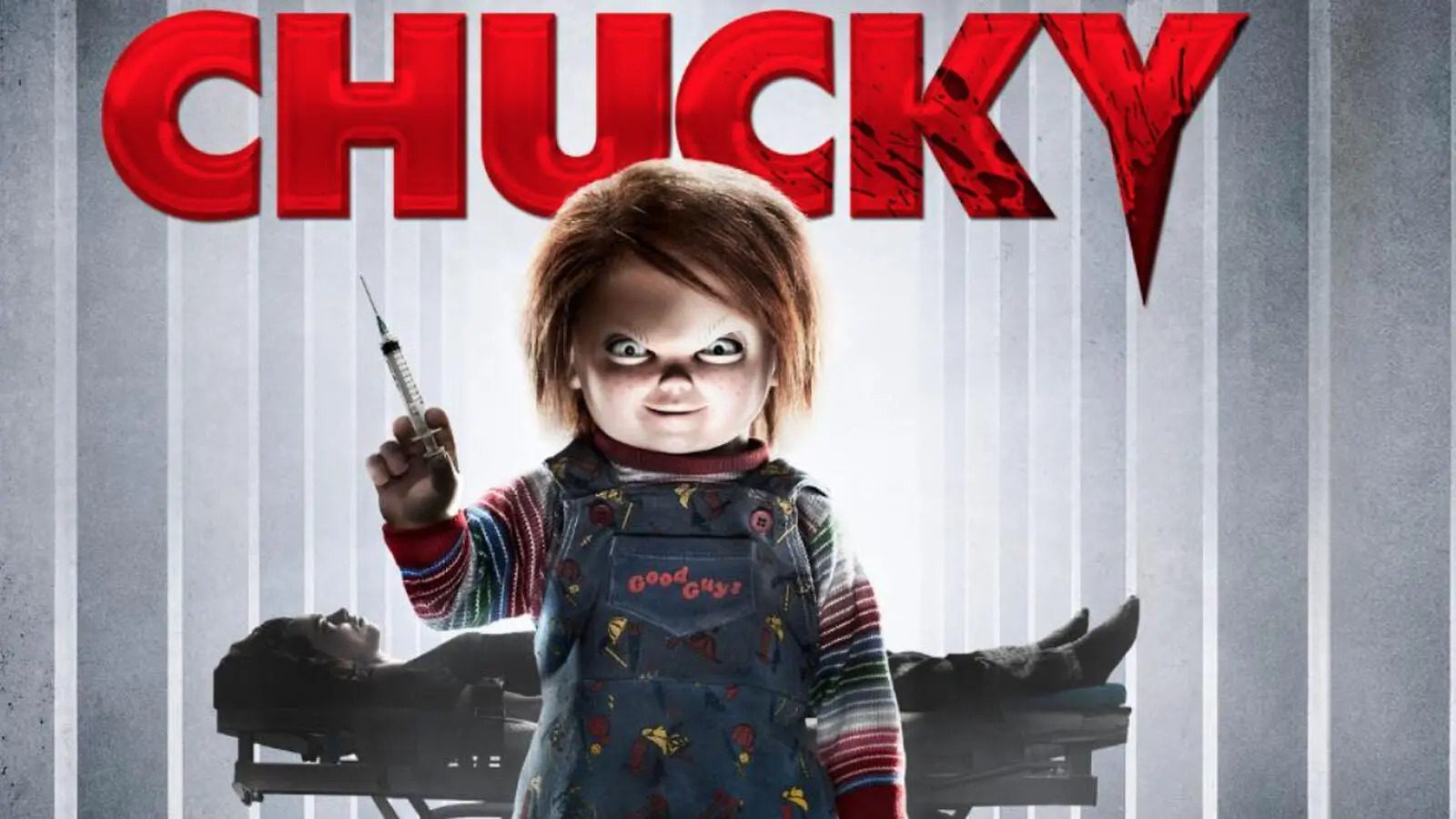 The “Chucky” horror television series, which is based on the “Child’s Play” film series, debuted on Syfy and the USA Network at the same time on October 12, 2021. Following 14-year-old Jake Wheeler, who purchases a Good Guy doll for artwork only to learn that the doll is inhabited by the serial murderer Charles Lee Ray, aka Chucky, the series takes place after the incidents of the 2017 movie “Cult of Chucky.” Jake becomes a suspect after the doll kills multiple people in his hometown of Hackensack, New Jersey.

Don Mancini, who had earlier directed three “Chucky” movies and written a number of “Child’s Play” franchise movies, is the creator of the television series. Mancini is also the executive producer and showrunner. With over 11.6 million watchers in season 1 across all platforms, the “coming-of-rage” series received favorable reviews from both reviewers and viewers, resulting in a rating success for the participating networks.

Many have been hoping for the return of the iconic killer doll ever since the season 1 cliffhanger finale. Although nothing is known about Chucky season 2, it is likely that in season 2, we will see the continuation of the famous doll’s plot to build a legion of Good Guy dolls.

When Jake follows Devon’s phone, he discovers that it is at the same location: Charles’ childhood home. After Junior has murdered his father and Chucky has carried out the ceremony, the doll then comes to life. Kyle, however, arrives at the last second to shoot him. Devon is shocked to discover Junior teaming with Tiffany and Chucky as well as an army of Chuckys. As she feels Nica values her more, Tiffany falls in love with her. After confessing that she had initially called the police on Chucky since he had started killing without her, she then slices off Chucky’s neck and injects Nica, knocking her out. 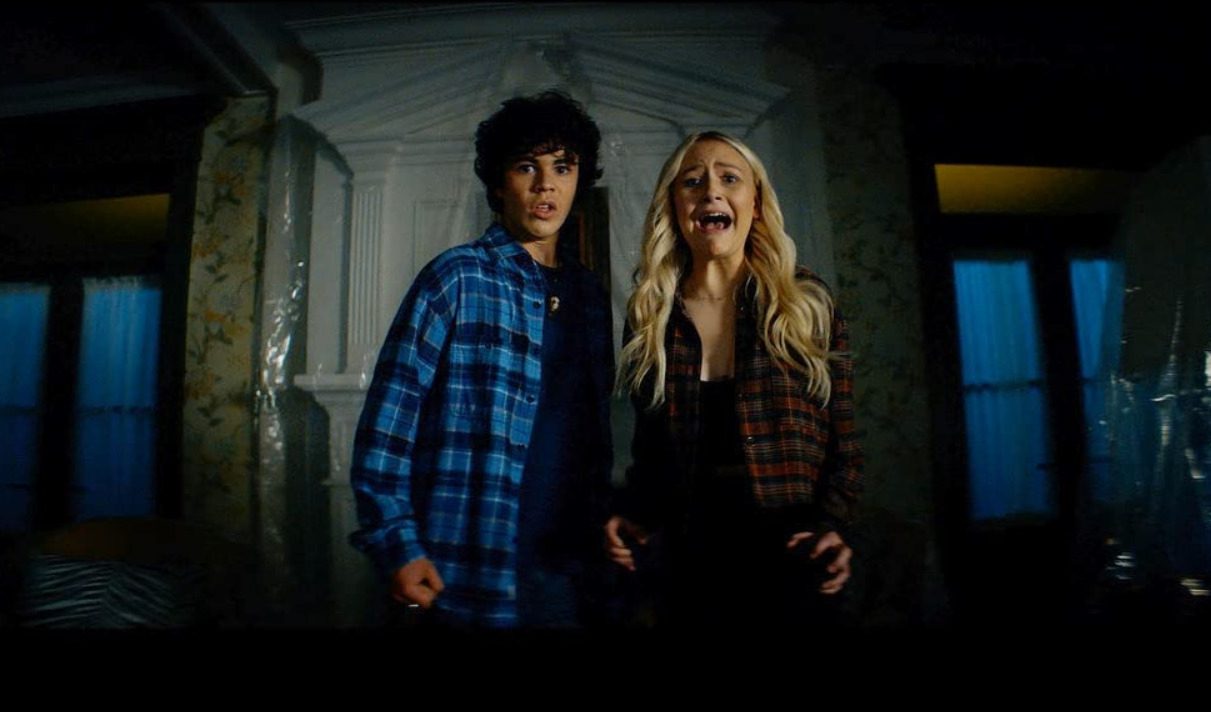 After putting the other dolls away to be distributed later in the world, Tiffany plants a booby trap at the residence. She reportedly received the Boobytrap as a gift from Glenda, her daughter. Despite failing to notify Kyle in time, who unlocks the door, Andy arrives to conduct some heroics and save Devon without using the front door. An explosion occurs. Kyle drugged Jake and Lexy because he didn’t want the kids to get involved. When they wake up in the morning, they discover online that Devon may have died in the house explosion.

Lexy’s mother, who is also the mayor, has organized a movie night event, with all earnings going to charity. When Devon shows up unharmed, Jake is at his house mourning his loss. The two decide to get back together. When Tiffany shows up for the event, Lexy is there, and she assures her that the good man dolls will be distributed widely. Caroline requests one, so she gives one to her. Chucky and Junior seduce Lexy. Junior refuses to kill Lexy despite Chucky’s urgings. He loves her far too much. While everyone watches movies at the theater, Chucky starts stabbing them. also, the mayor’s husband. 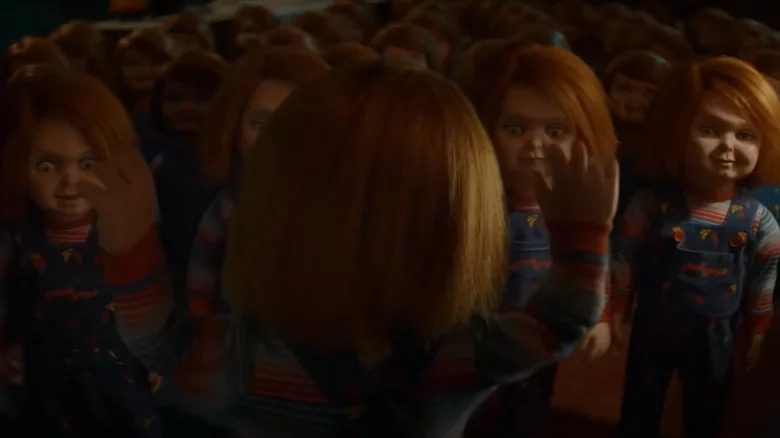 The mayor is seen munching popcorn that her husband had bled over in a bizarrely insane scene, and it takes her a few seconds to understand that the flavor isn’t melted butter, but rather fresh blood. She yells. While this is going on, Junior stabs Chucky from behind the screen before being stabbed himself. He died unexpectedly. Chucky admits he has abilities placed upon him by an evil entity, which explains why, despite being a toy, he is strong, and Jake kills him as a result. Jake somehow manages to outmuscle him. The following season will probably clarify how he accomplishes this. Maybe there’s another god?

The three friends mourn Junior’s passing even if the others are all alive. A frustrated Tiffany cries out as Andy, who somehow survived the explosion, tosses the transport truck driver out and takes off with the vehicle while he is carrying the dolls. Because Tiffany can’t be bothered to constantly verify if Nica is Chucky or not, she wakes up with her limbs chopped. Nica yells. When Andy is driving, Tiffany’s doll counterpart pulls a gun on him and commands him to do as she says.

Also Read: How To Watch Endeavour Season 8? Everything to Know

Chucky Season 2 was green-lit by the studio in November, one month after season 1 premiered. Thankfully, the wait for Season 2 of Chucky won’t be too long. The second season of SYFY will debut this fall, per the official SYFY website. Even though a specific date wasn’t given, it shouldn’t be shocking. As the shared network is known to customarily air horror movies and series all month long to honor the event, it is assumed that it will keep to the pre-Halloween schedule. Previously, the beloved spin-off series’ first season debuted on October 12, 2021. 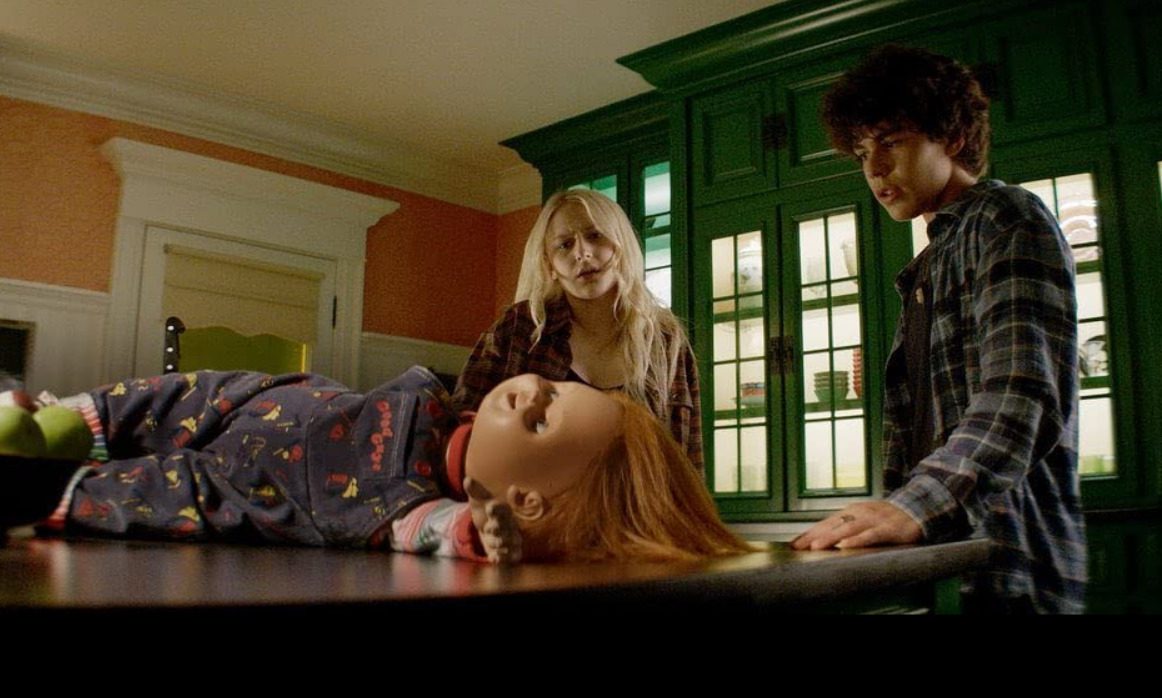 This information was released not long after Mancini unveiled the poster-sized promotional logo for the upcoming second season. Mancini added in his statement that they are excited to begin directing “Chucky’s” second season of puppeteer mayhem. Further, he also thanked their collaborators at USA, Syfy, and UCP for providing unwavering support and leadership in bringing “Chucky” to television in a bigger-than-ever way. Finally, he said that Chucky also extends his sincere gratitude to the fans and tells them that the story is far from over. In 2022, you’d better watch your back.

Zackary Arthur, who portrays protagonist and Chucky owner Jake Wheeler, is the star of “Chucky.” Looking at the cast for the upcoming season, Arthur’s comeback seems all but certain. Arthur’s other roles include “Kidding,” “Chucky,” and “Transparent.” Junior Wheeler, Jake’s nasty cousin, who was portrayed by Teo Briones, was one of the major characters in Season 1. But since Junior didn’t survive Season 1, it’s unlikely that Briones will make a comeback. Christine Elise, who portrays Kyle in Season 1, has more of a chance to make a comeback because her passing wasn’t seen on screen. 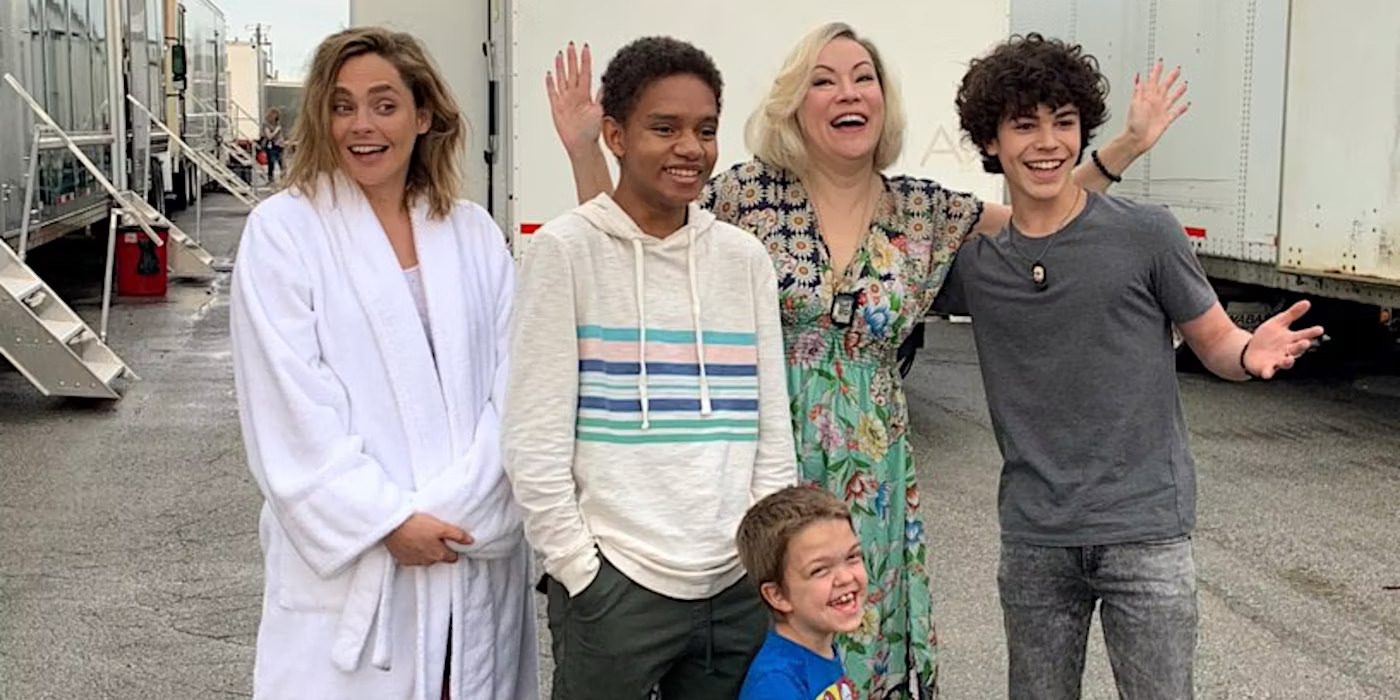 The rest of the major cast, or at least those who made it through Season 1, can probably be counted on to return for Season 2. Alyvia Alyn Lind, and Björgvin Arnarson, who play Jake’s friends Lexy Cross, and Devon Evans, round out the major cast. Among the other characters we can anticipate seeing again are Andy Barclay, Tiffany Valentine, and Nica Pierce.

On November 30, 2021, the “Chucky” Season 1 finale aired, and it left a number of storylines open for Season 2 to explore. Although Andy and Kyle believe they have destroyed every Chucky doll, it soon becomes clear that Chucky has been busy building a possessed army. Fans are undoubtedly curious to find out whether Kyle, a beloved character who is rumored to be dead, really is dead or if, like many other characters in the “Chucky” series, she’ll experience a surprise resurrection.

As Tiffany amputates every one of Nica Pierce’s legs and hands “in case” Chucky ever gets control of her, Nica Pierce is also placed in an extremely disastrous situation. 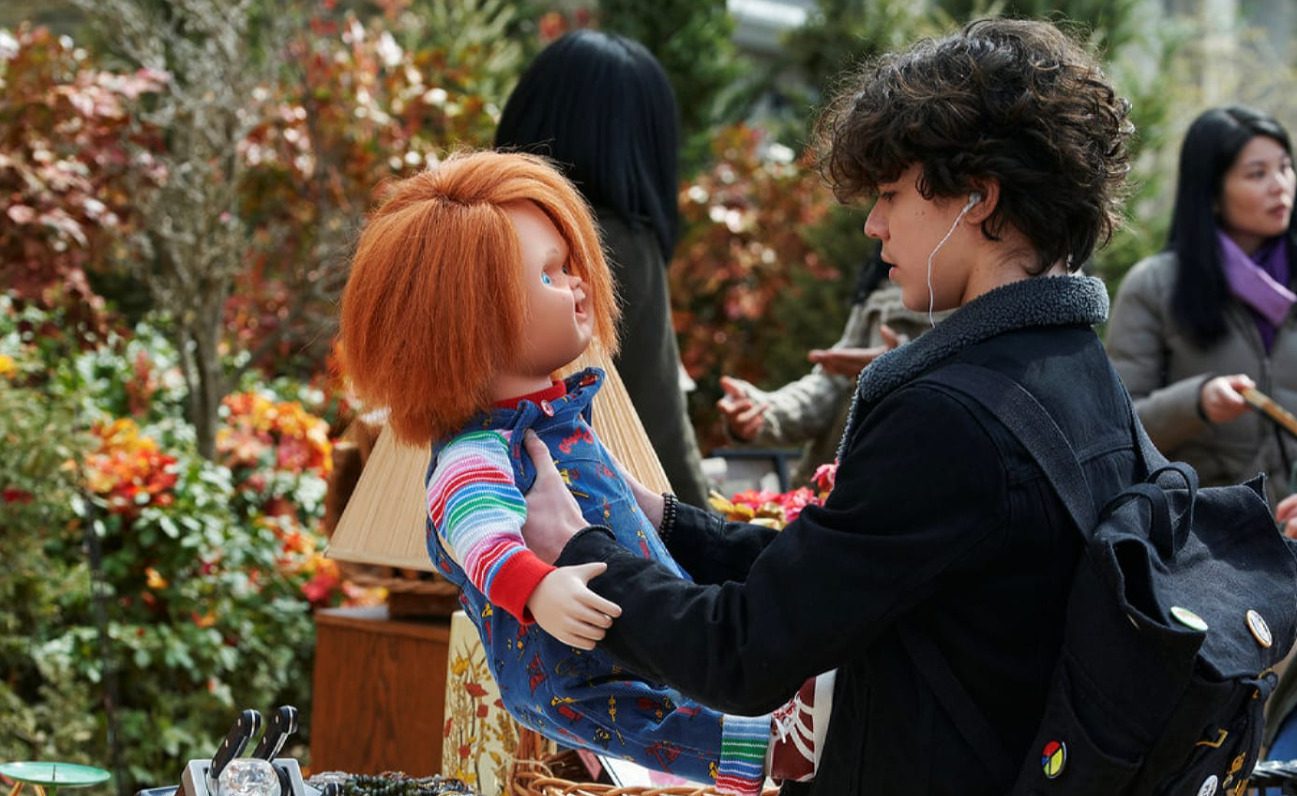 The most likely scenario is that Nica will receive artificial limbs, or maybe Chucky will carry out another witchcraft ritual that will give her the ability to re-grow her limbs. Tiffany is holding Andy at gunpoint, but we have no doubt that he will outwit her despite the fact that we don’t believe he will be able to dispose of the Chucky dolls. They strangely seem to be a crucial component of the show.

The three will continue to be friends, and Lexy is likely to find a new love interest that she will do everything in her power to keep safe. Chucky will undoubtedly boost his kill count. After all, it is what he is renowned for. Kyle most likely made it through the blast as well. Next season, hopefully, she will appear more frequently on Screen.

In the last two episodes, a number of things occurred far too conveniently, including Andy and Kyle showing up just as the kids were in jeopardy. Devon was beginning to exit the building. He would have suffered some damage from the explosion even if he had been fast to leave.

Why Jake was able to repel Chucky with supernatural abilities needed to be explained in this season alone. Just how did he accomplish it? Where will Jake and Devon now actually live? None of them have parents or guardians. According to Devon, his aunt won’t be able to care for him forever. So where will these two be living? That will presumably be explained in season two.