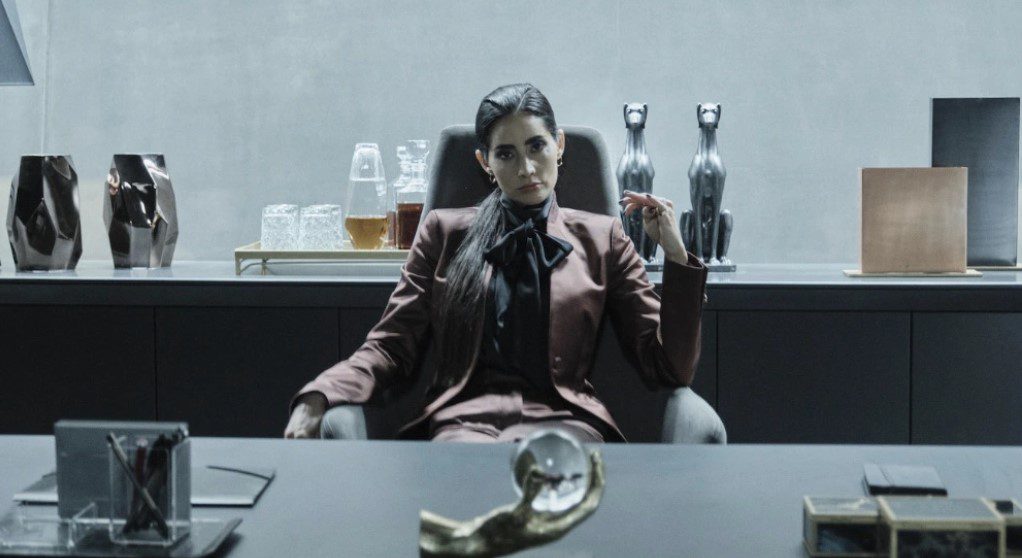 The zombie horror series ‘Resident Evil’ on Netflix is set in the future where the T-virus has turned millions and millions of people into the walking dead. The first season introduces the Umbrella Corporation and other story-driving characters to the audience. It provides a glimpse of both the past and the future, revealing the actions and repercussions. With an abundance of bloodshed, it provides a thrilling viewing experience that keeps you on the edge of your seat as one mystery after another is unraveled.

The concluding episode reveals some secrets and sets the stage for the second season. So, without further ado, let’s talk about Resident Evil Season 2. In 2036, Jade Wesker is researching zombies to determine if the T-virus is evolving and if a cure exists. Due to an error, her experiment is cut short when the test zombies attack her. She is rescued by scavengers willing to turn her over to the Umbrella Corporation.

As Jade attempts to return to her daughter while evading the evil corporation, they do everything they can to capture her. In 2022, young Jade, her father, Albert Wesker, and her sister, Billie, move to New Raccoon City. She is dissatisfied with Albert’s decision to remove their previous lives and relocate them to a place where something fundamentally feels wrong. Billie, however, views this as a chance to start over. In the meantime, Albert continues his secret experiments at Umbrella, focusing on releasing a new drug called Joy, which is intended to treat mental disorders. 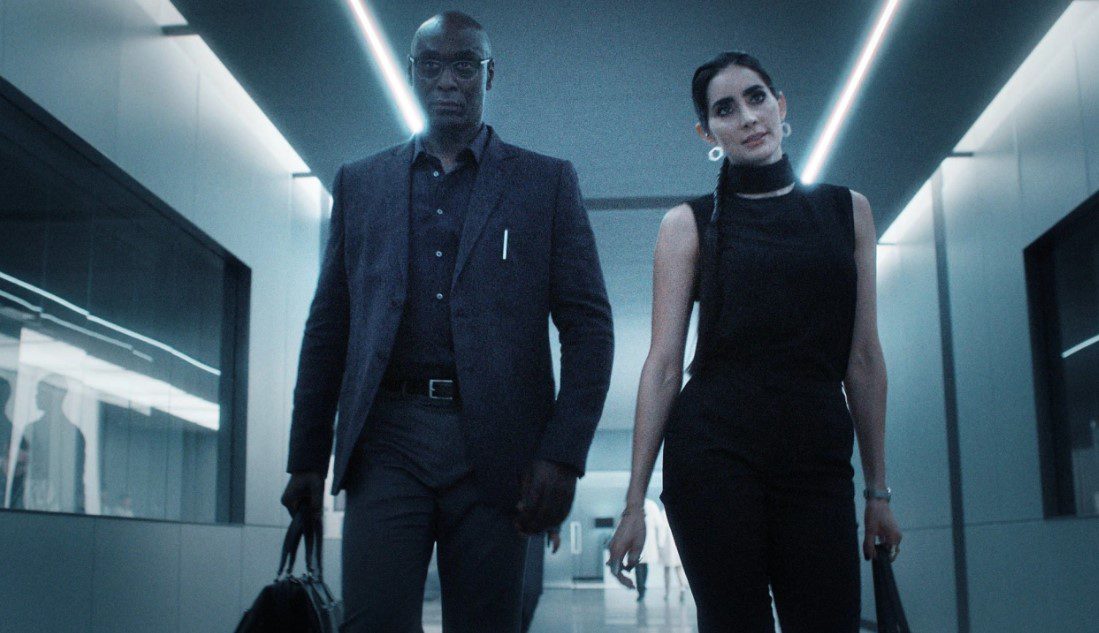 Here’s everything we know about a possible sophomore season

Evelyn Marcus, the head of Umbrella, is eager to release the billion-dollar drug on the market as soon as possible, whereas Albert has reservations. Because Joy holds traces of T-virus, he does not want people to use it until it has been deemed completely safe. However, Evelyn secretly plans her schemes, which Albert is unaware of. Jade and Billie unwittingly catch a glimpse of Umbrella’s true nature, thereby setting in motion the events that lead to the spread of the T-virus and the end of the world. In 2036, Jade discovers new information about zombie behavior and hopes to devise a cure for the virus.

Jade had fled the Umbrella Corporation assuming that Evelyn was still in charge. It turns out that Billie has assumed control and has found a way to exert control over Evelyn. Through her experiments, Billie discovered a way to control people’s brain functions by implanting electrodes in their heads. She was able to run the company while no one knew she was the real boss because she had Evelyn under her thumb with the help of a large number of drugs. Nonetheless, it appears that Evelyn has not completely lost control of her mind, as she occasionally displays lucidity.

Billie’s blood has deteriorated due to her exposure to the T-virus, and only Jade’s blood can prevent it from killing her. As a result, Umbrella had been searching for Jade. Unbeknownst to them, Jade has also discovered a method for repelling zombies. The enzyme extracted from the zombie queen in Calais, Jade discovers, can prevent zombies from attacking themselves when sprayed on their bodies. The same thing can also be used to attract zombies, which she does as she plots her escape from Billie’s clutches.

When she finally returns to the ship, she discovers that Bea has escaped, as she had previously instructed her to do. Arjun and Jade return to the land to save their daughter but are attacked by the zombie crocodile they released on Billie and her thugs. Jade abandons an injured Arjun on the beach to locate Bea. Billie arrives on the scene, has a few words with Jade, shoots her, and then departs with Bea, cutting Jade’s reunion with her daughter. Billie could have murdered Jade, but she does not. She abandons her while bleeding and alone, while Jade watches as her daughter is taken away by helicopter.

In 2022, young Billie and Jade escape Evelyn’s grasp with the help of Albert and Bert. As a result of her hallucination, Billie attacks and bites Simon. Evelyn shoots her son, knowing there is no cure and he will soon turn into a zombie, while Albert promises to help him. As Evelyn loses her mind over the loss of her son, Albert decides to sacrifice himself so that Bert can rescue Jade and Billie. He also provides the girls with Ada Wong’s address, the only person who can assist them now. The issue is that Ada is located in Japan, a significant distance from New Raccoon City, South Africa.

Evelyn Marcus is still inside the tent as a swarm of zombies approaches it in the final scene where we see her. So it seems unlikely that she would have made it out alive. However, there is a good chance that Evelyn Marcus is still alive because we aren’t exactly sure what happens to her, and there isn’t a dead body to account for. Here are the things that could have happened to her that we think are most likely to have occurred.

The first scenario is that Billie returned to get her. When the zombies attack, we see Billie use her drones to slay every one of them by herself. She later departs in a helicopter with a few of her bodyguards. Even though it appears that Billie continued, she may have found a moment to grab Evelyn. Billie continues to operate in the background even though she is the Umbrella Corporation’s CEO. Billie needs that cover to protect herself from the corporate enemies because nobody knows she is in charge of Evelyn. Billie would have found a way to take Evelyn with her because she values Evelyn’s face so highly.

Did The Zombies Get Evelyn?

Even though it appears that keeping Evelyn alive is justified, Billie may have a few extra Evelyns in the Umbrella Corporation lab. In the “Resident Evil” universe, the existence of clones has already been established. In 2005, Albert Wesker created his clones. Therefore, it’s possible that Billie created Evelyn clones, which might indicate that the original Evelyn has passed away. Imprisoned in the tent, Evelyn also has nothing good to take from this. Maybe the zombies did eat her!

The show itself might benefit from Evelyn, even though Billie may not have a reason to keep her alive. Here’s how she might end up being crucial to moving the story forward in the second season. Finally, Billie and Bea depart, leaving an injured Jade to watch them helplessly. Jade’s efforts to win back her daughter will undoubtedly take center stage in the upcoming season. She’ll need to know Billie’s exact destination, and Evelyn will be helpful. Evelyn will be in charge of her mind now that Billie is gone, and she’ll probably want to exact revenge on her.

Regardless of their prior differences, she will align with Jade because she wants to return to the Umbrella Corporation headquarters to regain control. There is a good chance that the “Resident Evil” writers will want to keep Evelyn around in some capacity, given all the potential directions she can take the series. It implies that she will likely appear again.

The first season unfolded over two time periods. Albert Wesker, a senior executive at Umbrella Corporation, and his two young daughters moved to New Raccoon City in the first one, which was set in 2022. They discover Umbrella’s most sinister secrets, such as Albert being a clone who injects himself with their blood to stop him from aging. And a zombie dog that bites Billie, the effects of the T-virus in the old Raccoon City, and a zombie dog that bites Billie.

Jade, Billie, and Bert, another Albert clone, escape New Raccoon City at the end of the season with information about Ada Wong in Japan, a character last seen working for the original Wesker in Resident Evil 4. There is also the minor issue of Evelyn’s creature escaping from its tank; some think William Birkin mutated into it due to the G-virus. Jade shoots Billie and kidnaps her daughter Bea in 2036, leaving two significant cliffhangers that must be resolved. 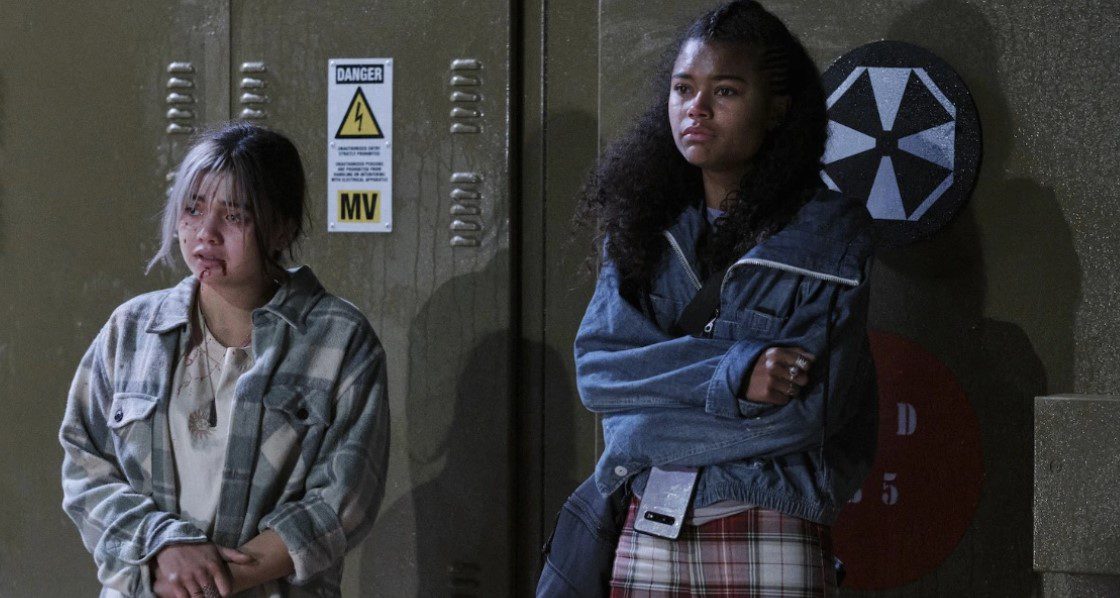 Will there be a sophomore season?

So far, Netflix hasn’t confirmed Resident Evil for a sophomore season, but if you look closely, all the elements for a second season are there. If everything goes accordingly, we could see Resident Evil going into production in late 2022 and seeing it land on Netflix by Summer 2023. We’ll keep an eye out and let you know with an update when Netflix gives an official word concerning this show.