Guy’s Ultimate Game Night Season 1 Episode 2 release date is what fans are looking forward to and here is what we know about the same. The show gives us the ultimate deal at genres such as comedy as well as drama. The main format of the series is to invite various celebrities onto the stage and have a friendly competition among them. Most of this trivia is related to food somehow. The format of the episodes is simple. We see some of the most popular people from their respective industries walk onto the stage and take part in the competition and have fun.

During this, the fans get to see a truly different side of the people they idolize in a good way. We also see their problem-solving and risk-taking skills. The host of this new series is Guy Fieri as well as Antonia Lofaso. The first season started airing last week and we are already in for another entry of fun with the series. Before we dive into any information about the next episode, let us understand how the previous one shaped us.

The first episode of the season was titled Laugh, Rock and Rolls. In this one, the hosts invited a fresh set of celebrities for guy’s night. We see Bobby Moynihan enter. He is one of the best comic actors in the industry right now. Then we had Ron Funches on the stage. He works as a comedian. Bret Michaels is a legendary rockstar as most of his fans would acknowledge and he graced the show as well. 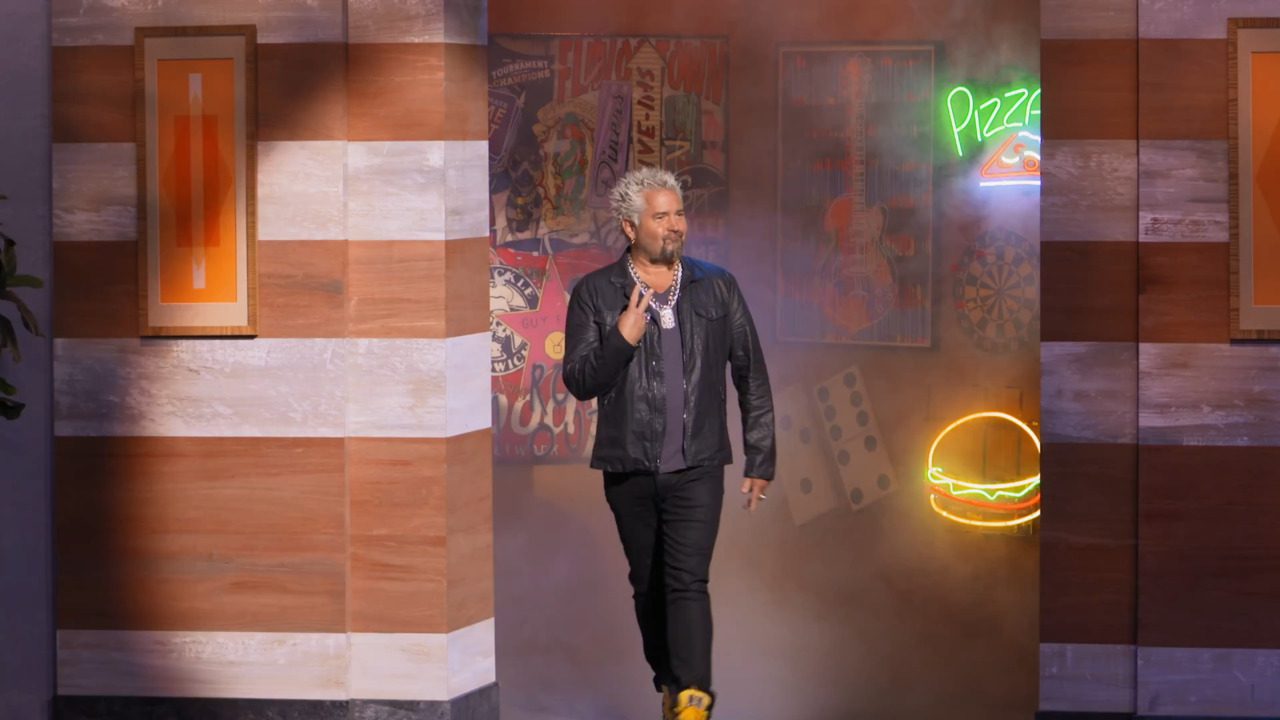 All these guys hurdle up to the Flavortown Lounge in order to have a great night full of food and games. Coming to the game part, these celebrity contestants were surely up for a challenge. They will be facing a whole bunch of confetti cannons along with other tasks. All of this will be done for charity. Well, this was all that the first episode had in store. Let us now understand the future of the series with its second episode.

Guy’s Ultimate Game Night Season 1 Episode 2 release date is on the 7th of September 2022. The episode is titled Greetings From Flavortown. It is supposed to drop out at 9 PM Eastern Time on Discovery Plus. You can mark your calendars for every week on Wednesdays because the series is just getting started.

Guy’s Ultimate Game Night Season 1 Episode 2 can be watched easily as it airs on Discovery. If you have missed the official broadcast, I suggest you hop over to the website of the channel Discovery Plus and start streaming the latest episodes. For easy access, users will need to have valid cable login credentials for the same. Another way to stream the episodes live if you do not have a cable connection is through Sling TV or Fubo TV. DirecTV will also let you have the same options. You can check out the process given at each platform and proceed with the one that fits your budget.

Guy’s Ultimate Game Night Season 1 Episode 2 is titled Greetings From Flavortown. In this entry, we will witness Vivica A. Fox on the screen. He is a brilliant actor and shall join the NFL Sportscasters with the new episode for an epic food game. These contestants are Charissa Thompson as well as Jay Glazer. These games will be conducted by Guy Fieri. Andrew Whitworth is also supposed to join the contestant’s team. He is a legendary NFL player and has even won the Super Bowl. Even after a life full of challenges and matches, this episode will give him a test that he has never been a part of before.