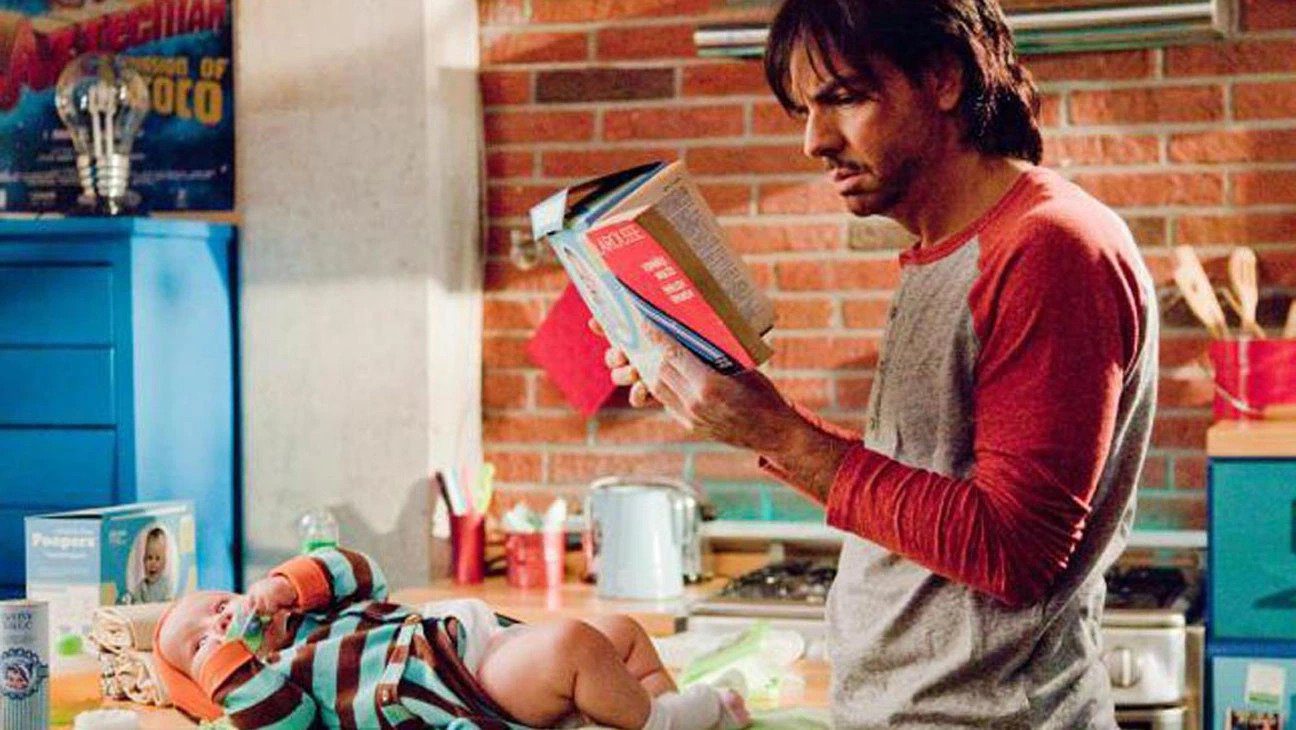 Let us understand Instructions Not Included Ending. Instructions Not Included is a Mexican comedy-drama movie released in August 2013. Eugenio Derbez is the co-writer and director of the film. He has also starred in the movie. The movie won five prestigious awards- Cinema Best Work at the Premios ACE (2014), Best Performance as a Child Actor at Diosa de Plata (2014), Best Performance in a Feature Film – Leading Young Actress at Young Artist Award (2014), Best Actor Award at The Platino Awards for Iberoamerican Cinema (2014) and Cinema – Best First Work at Premios ACE.

The plot follows Valentin (Eugenio Derbez), Acapulco’s resident playboy– when a fling leaves a baby on his doorstep and disappears. Valentin leaves Mexico for Los Angeles to locate the baby’s mother. He, however, finds a new residence for himself and his newfound daughter, Maggie (Loreto Peralta). A far-fetched father figure, Valentin takes care of Maggie for six years. He also affirms himself as one of Hollywood’s best stuntmen to earn his livelihood. Maggie, his daughter, acts as his on-set coach. The father and daughter’s unusual and offbeat family gets a threat when Maggie’s birth mom shows up out of nowhere. Valentin learns he is at risk of losing his daughter and his best friend. 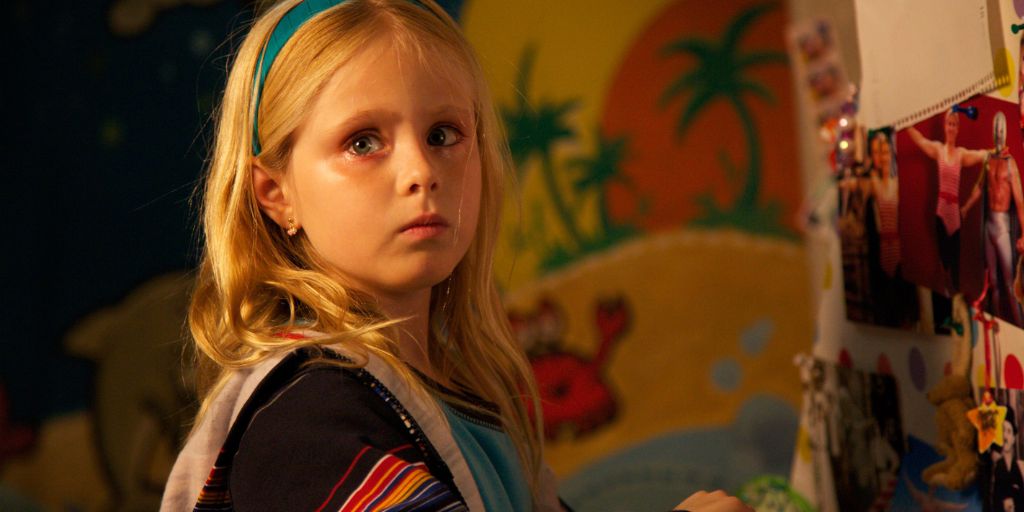 Instruction Not Included Ending: What Happened In The End?

In the last few scenes, we see that Julie and Renee endanger Valentín’s director to tease him into disclosing Valentín’s location. He, however, continually swears he doesn’t know where the father and daughter are. Ultimately, he concedes and says that Valentín has woken up every day, Unsure of if it would be the last day he would see his daughter. But the details for the same are not displayed on-screen. Julie discovers Valentín and Maggie on the beach and has surprisingly left her shots to gain custody. In contrast, the three enjoy time jointly as a family in Acapulco. In a voice-over, Valentín describes how doctors can sometimes discover a heart disease for which there is no treatment.

As Valentín and Julie sit on the shore with Maggie falling asleep in Valentín’s lap, Maggie peacefully passes away, revealing that she, not Valentín, was the one with the heart disease. In Instructions Not Included Ending, we see Valentin wandering down the beach with a dog, but Julie is not with him. Valentin now realizes his father’s intentions in desiring to give him the courage to face his fears. He wanted to prepare him to meet his fears and appreciate Maggie for teaching him to face life without being prepared. The film concludes with a picture of Maggie playing in paradise with her grandfather. Valentin figures that even in their absence, his father and daughter persist to guide him on how to encounter life.

What Did The Plot Of The Movie Hint About The Ending?

The movie presents Valentin Bravo as a fearful child, scared of everything from heights to spiders. His father, Juan Johnny Bravo, raised him, pushing him to make him brave.
Valentín grows up to be Acapulco’s playboy and sleeps with every visitor that traverses his path. One day his ex-fling, Julie, leads to his doorstep with a baby girl, arguing that she is his daughter. Julie exists and never comes back. Valentin rushes to the airport to return the baby but could not catch up. Julie boards her flight to Los Angeles. After trying his every bit, he fails to locate Julie and decides to raise the girl on his own.

He raises her for six years and even takes up a job as a stuntman to earn a living and support Maggie. To keep Maggie away from the truth, he writes letters a week to Maggie from her mother’s side. He wrote about various experiences and feats to explain her absence. Their lives take a turn when Julie, along with her partner, appears out of nowhere, asking for Maggie’s custody. Valentin fears that this would harm the daughter and the father’s relationship. In a DNA test, it becomes clear that Valentin is not the father. He ends up losing Maggie’s custody. Valentin and Julie, however, slink away and choose to go back to Acapulco. Valentin reunites with his friends and later discovers that his father died a few years ago. Thats it for Instructions Not Included Ending. 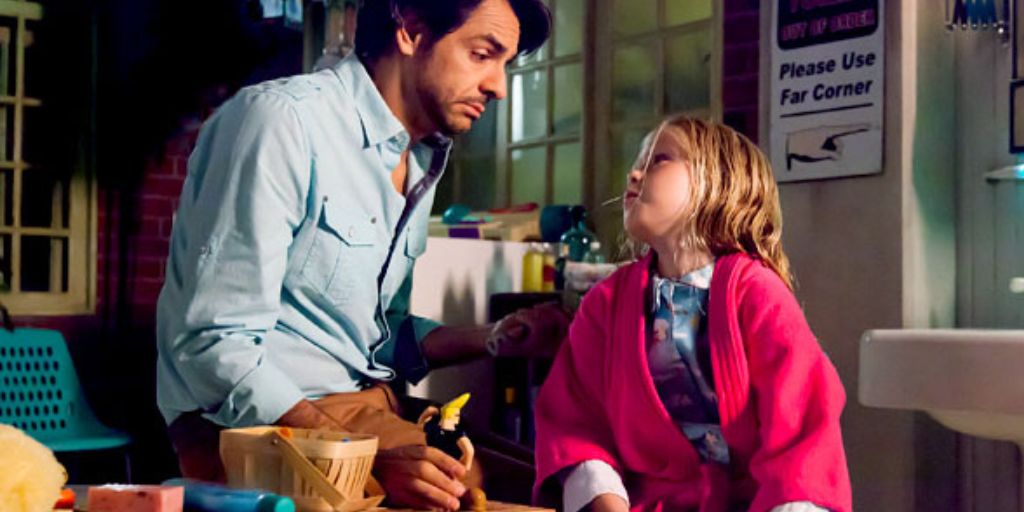 Also Read: 10 Things Eldians Know Nothing About In Attack On Titan