Here is an official confirmation by Activision Blizzard, “We are thrilled to share that we’ll be bringing our next expansion to players later this year. Dragonflight is a return to Azeroth, and the freedom and exploration that World of Warcraft is known for.” 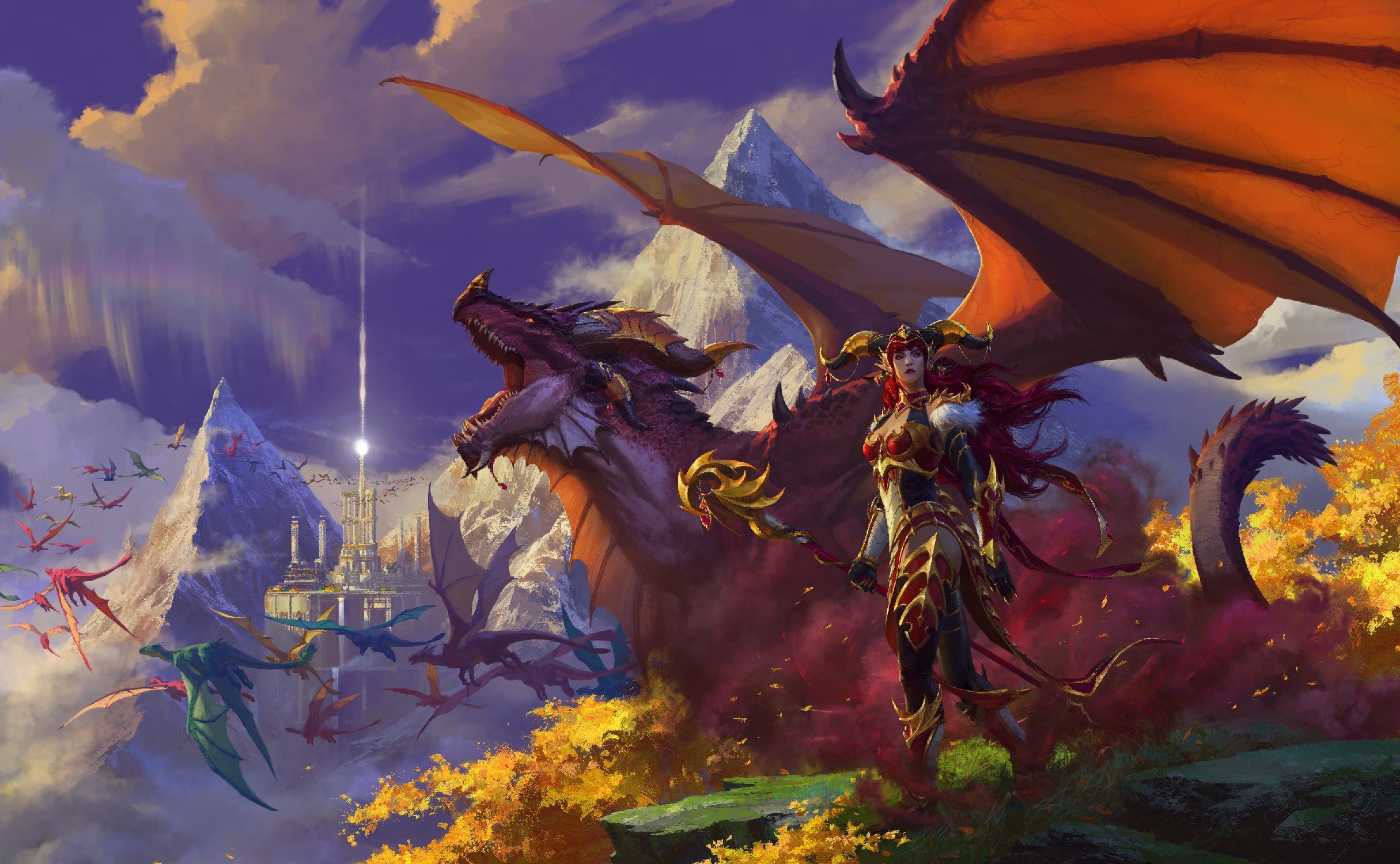 What versions are coming for World of Warcraft: Dragonflight Pre-Order?

As per the official website, Battle.Net, the following are the versions you can pre-order.

Original Article:
Horns are blaring, and the Alliance and Horde will clash once again in Azeroth! Blizzard Entertainment just announced the next major expansion for their long-running MMORPG. That’s right! World of Warcraft is back! And this time, it has dragons! Let’s unpack that a bit. Firstly, the World of Warcraft Dragonflight release date is the official name. Secondly, it’s dragon-focused. And that’s a big hype because it will include a new race, a Dragon race!

For most people, World of Warcraft feels like a very different kind of game. It also sounds and looks much different from the other games on their computer, too. For those who are new to this online world, it is important to know that it is not just another one of those mindless, time-wasting video games. In fact, World of Warcraft can be quite addicting, and many people have found themselves playing for hours on end.

Dragonflight continues the story of the Dragon Isles. Which is divided into five areas and four leveling regions, as well as a specific starting zone for the new Dracthyr race. Dracthyrs are specifically linked to the newest Evoker class, which would be supposed to mix traditional magic with dragon-specific skills. Evoker is a hybrid ranged DPS and healer who starts at level 58 and has a little different path through the Dragon Isles. Dracthyrs start at level 58 and travel a slightly different path through to the Dragon Isles, and Evoker is defined as a hybrid ranged DPS and healer.

There are also plenty of wings and fangs to go anywhere in this dragon-focused expansion. Dragon riding, a new aerial mount feature in Dragonflight, will allow users to create, customize, and upgrade their own dragon mount’s flight abilities. Dragon riding is supposed to be more interactive than standard mounts.

With the improved velocity and talented moves, Dragon riding will be available “straight from the beginning” of the expansion. Beginning with WoW’s user interface, Dragonflight will see certain core functions and content reworked. Blizzard claims it’s working on a complete “major overhaul” to improve the standard customer experience while allowing bespoke add-ons to flourish.

To begin with, World of Warcraft will introduce the first-ever class and race combo. The Dracthyr Evoker is their name. The player will be able to switch between a humanoid and a dragon form. The Dracthyr Evokers will have their own beginning place in this expansion.

In addition, as Dragonriders, players will be able to fly their own dragon. This is a brand-new ability that can be honed over time. These dragons will be entirely customizable, providing players with a plethora of new ways to explore the Dragon Isles. The new mounts will be accessible almost immediately once the next expansion launches.

With a new class and a major overhaul, WoW: Dragonflight promises a new experience

The release date for World of Warcraft Dragonflight has yet to be revealed. But Activision Blizzard’s past may provide some clues. Firstly Activision Blizzard just released Dragonflight, World of Warcraft’s ninth expansion, yesterday. Right now, we understand that “Dragonriding” will be a new feature in the expansion, along with new zones, Raids, and other things. But the developer hasn’t mentioned a release date for the new DLC. The only thing we know for sure is that an alpha test is coming soon. And also, you may sign up for beta testing on the latest expansion’s official website.

However, by looking into Activision Blizzard’s past, we may obtain a better sense of when Dragonflight will be released. Activision Blizzard announced the Shadowlands expansion for World of Warcraft in November 2019, with an October 2020 release date roughly a year later. Similarly, the Legion update was announced in August 2015 but would not be released until August 2016, a full year later. The Battle for Azeroth update, which was announced in November 2017 and will be released nine months later in August 2018, runs opposite such year-long intervals. With this, we are concluding our coverage of this Dragon-fueled WoW update here at Otakukart.