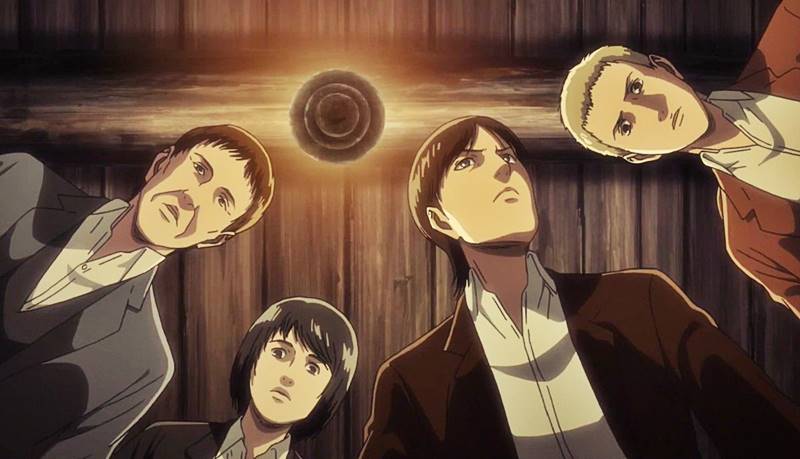 Eldia is a nation based on Paradis Island that is mostly occupied mostly by Subjects of Ymir, a tribe that used to be able to transform into Titans by ingesting a serum. The Eldians utilized Titans to create their dominion in ancient times, murdering many peoples and stealing their territory. Eldians have missed out on a great many things since they evolved slowly, and there are several things that they are unaware of. In this article, we will explore some of the things that Eldians know nothing about, and as an Attack on Titan fan, you must be curious about what they are, so keep reading to find out.

Due to internal rivalries amongst families with Titanic power, the Eldian Empire became unstable and eventually disintegrated during the Great Titan War a generation back. Eldia lost much of its land, and also seven of the Nine Titans, to a newly revived Marley, and so many Eldians withdrew to Paradis Island, off the mainland’s shore. The Walls were built to shield Eldia of Marley and the entire world, and the recollections of Eldia were obliterated out from Subjects of Ymir within. The inhabitants of Eldia were a primitive tribe in olden history.

Also Read: Attack on Titan: 5 Things You Need To Know About Marley Kingdom

Karl Fritz used the Founding Titan to convince his citizens that they were the only survivors of humankind in a world overrun by Titans while the Eldian Empire was isolated behind the Walls of Paradis Island off the east coast of the continental mainland. Basic meals like toast, smoked meats, steamed fish, beer, soups, stews, and seemingly tinned food seem to be the norm inside the Walls. However, meats have indeed been recognized as rare since the collapse of Wall Maria. 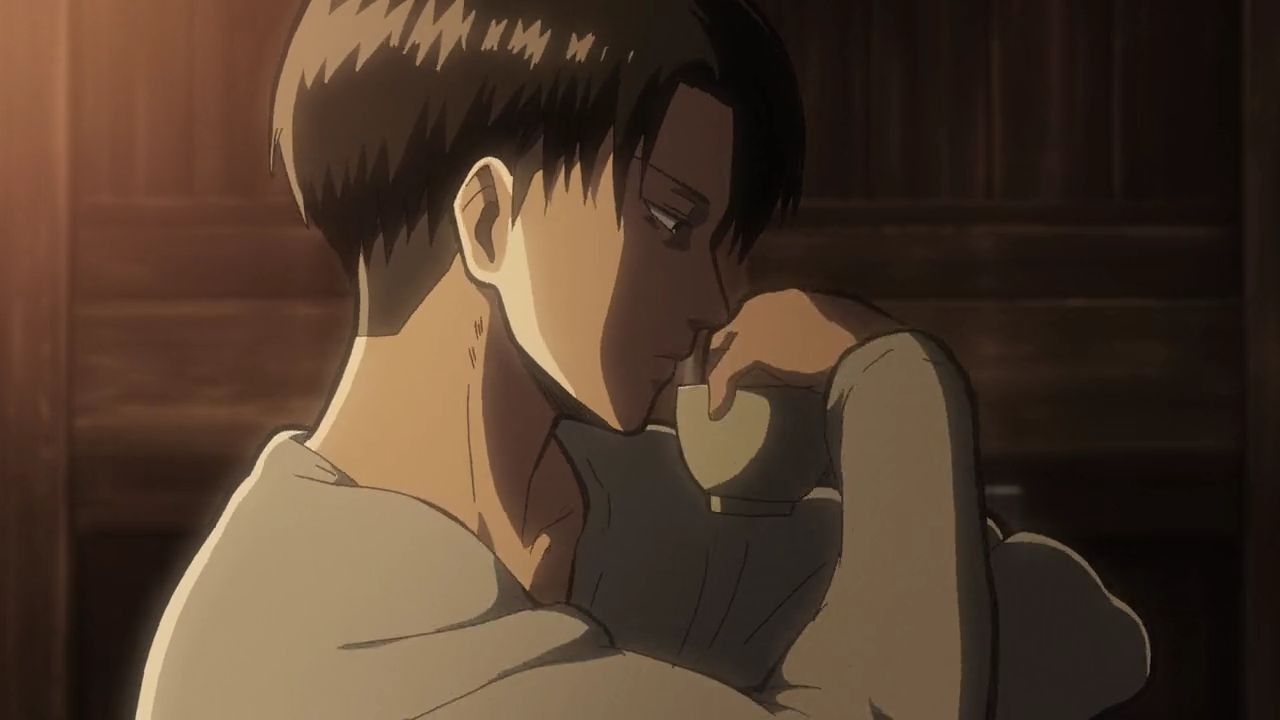 Whereas technology was greatly enhanced and improved, food and crops were severely restricted. Because you can’t produce anything you like and on the island, coffee was among the Beast Titan’s favorites, and he allowed Reiner and Bertholdt to try it. Armin was spotted finding their cups because he had no idea what it was.

Eldians were far ahead of Marley in terms of weaponry and explosives, which is impressive given their lack of resources. However, Eldians’ financial position remained vulnerable. They had no reliable source of income, and most people relied on agriculture only because they were so preoccupied with experimentations and fending off the titans that they couldn’t focus on other issues, whereas Marley is a large nation with a strong economy, unlike Eldians. The Eldians under Marleyan authority did not have a formal military after the fall of the Eldian Empire and the creation of Marley upon that continental mainland, but they did make coordinated attempts to fight against their new overlords. 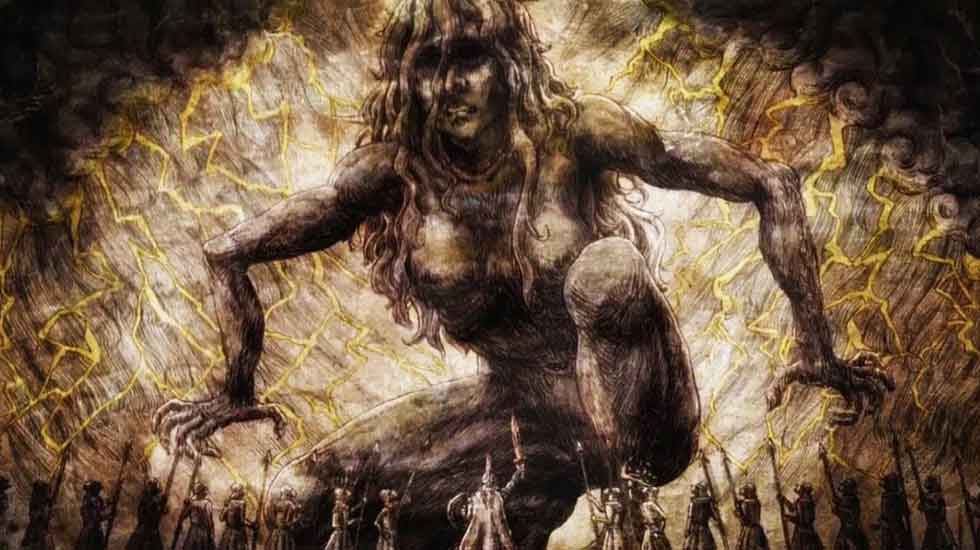 History Before Ymir Became A Titan

The Eldians raided and imprisoned Ymir’s town some 2,000 years ago, slaughtering her parents and cutting off the mouths of the survivors. It is regarded as a divine marvel by the Eldians. Although these tales have never been confirmed, many people think that as the Founding Titan, she used her Titan might to cultivate desert regions, create highways across nations, and build bridges across the world’s mountains. Once the Eldian Empire collapsed in the Great Titan War, the new Marley government spread nasty rumors that Ymir’s power was gained out from the “Devil of All Earth.”

Eldia’s survival was extremely tough. Most of the people were starving, and no one could focus on the growth or development of the children since they were too busy filling their stomachs. Children usually go out and pick up sticks, and when they reach maturity, they either choose farming or aim to join the military. Children as young, on the other hand, have nothing meaningful to do. Years of mental and physical development are squandered. The Eldians on Paradis Island who resided inside the Walls, as King Fritz had wished, had no contact with any other country beyond the Walls, thinking themselves to be the only remaining relics of mankind in a world ravaged by the titans. 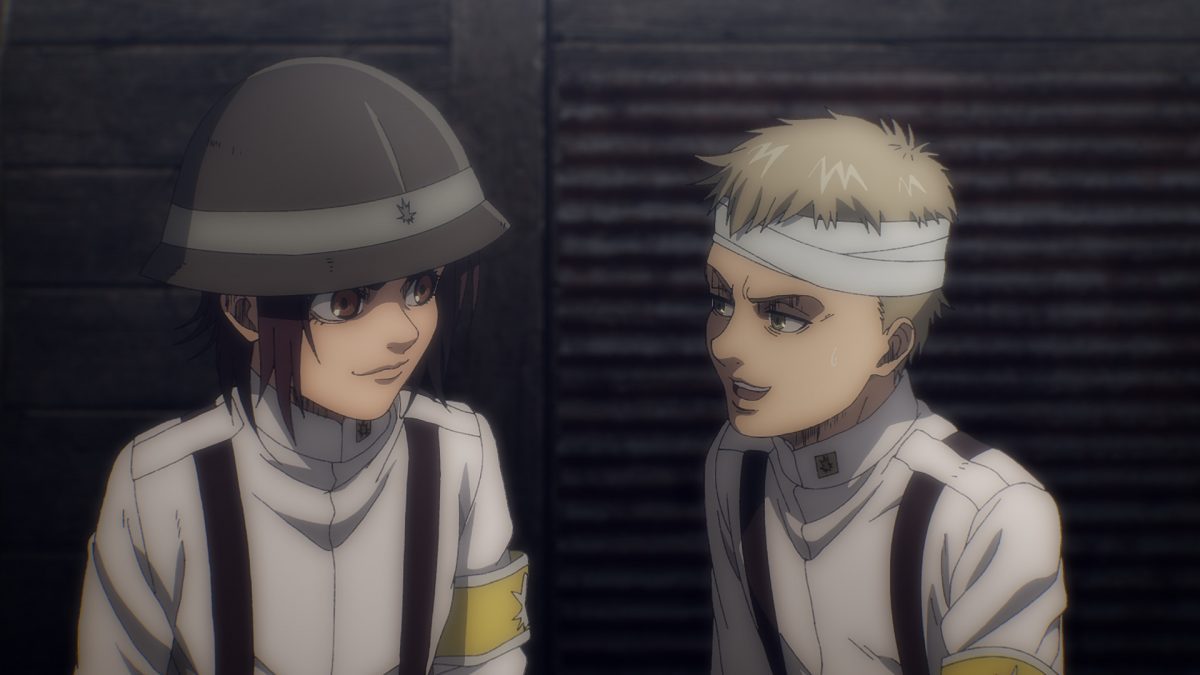 Gabi and Falco in Attack on Titan Final Season

In 1885, the first automobile was created. It took more than a century to discover new things and adapt them, then another century to refine the technology to the point where it is efficient, trustworthy, and safe. The inhabitants behind the walls, in contrast to the kingdom of Marley, haven’t had many resources to build something up, and they were well behind since the most they could think about were the titans and weaponry.

Because Eren Yeager, Mikasa Ackerman, Hange, and Levi Ackerman seem unable to identify a photo without Grisha’s words written on the reverse, the people inside the Walls are initially oblivious of photography. Several sorts of archaic technology have been unearthed inside the Walls, including pocket watches, pulley-based lifts, iron showers, and the printing press.

Grisha Jaeger grew up in a town outside the Walls with his sister Fay and their mother, in which they were compelled to live in a walled region and wear armbands in society. Grisha acts despite his mother’s wishes and brings his sister beyond the confines of the living area to witness the airship land that day, experiencing Fay’s surprise and joy at an airship sailing over their town. Grisha’s sister was slain because she wanted to see an airship. This indicates that airships are also still uncommon in Marley. They have, however, passed the test and may now deploy air assistance in battle. 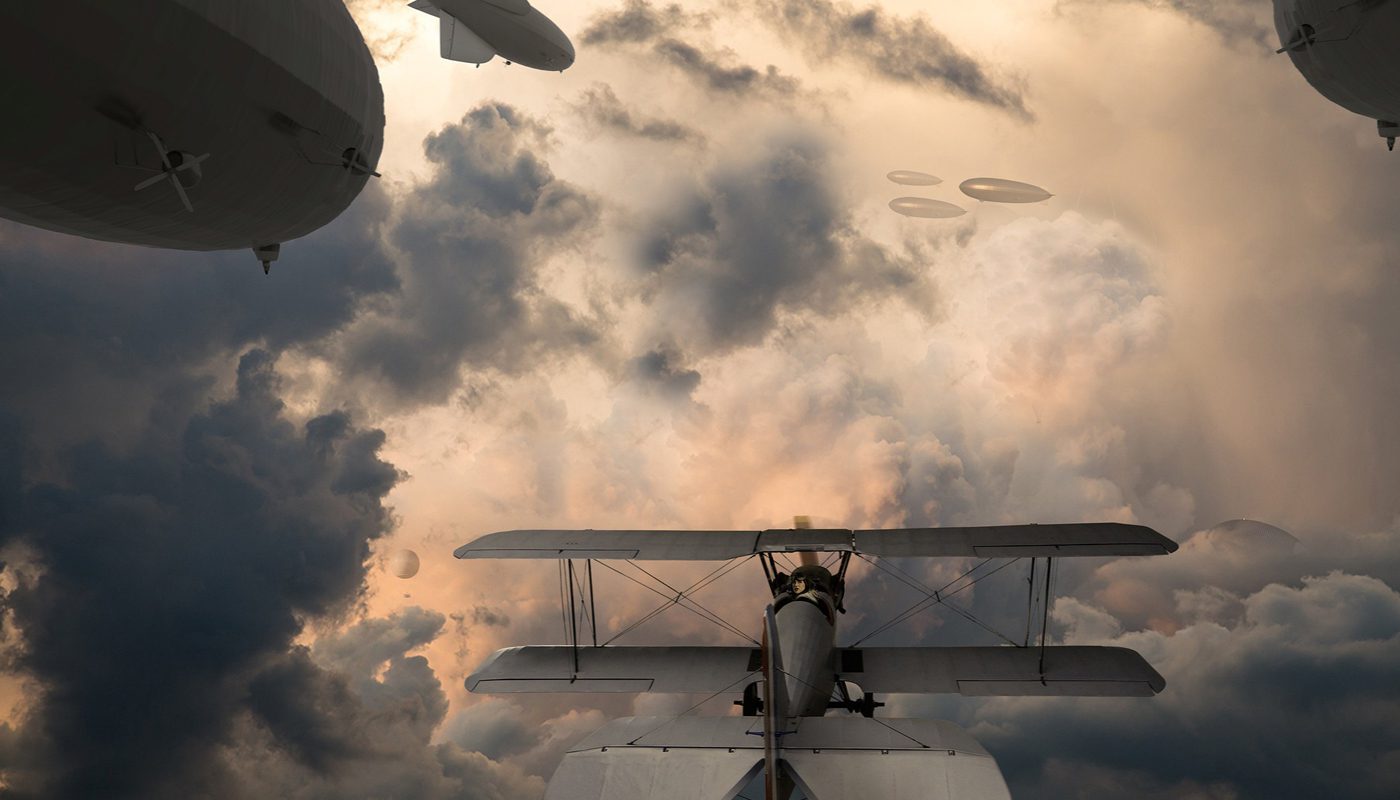 Within the Walls, horses are the principal method of transportation. In addition, several localities are linked by the river with sailless boats guided by pulleys and rails, such as the boats that travel through Shiganshina and Trost. In the year 851, a port along the beach is created, allowing the Walls to use confiscated Marleyan ships. Throughout this time, the Walls are subjected to locomotives and an airship, which both the Survey Corps will later use on their Liberia trip.

Eldians did not have equal access to all resources. Mines and mountains are used to extract metals, chemicals, and various raw resources. It is difficult to construct a tank within the confines of the walls. The Marley army, on the other hand, has conventional weaponry that appears to be comparable to that of other global powers but is known to be more antiquated. Bolt action rifles, as well as stick grenades, are also the standard-issue small-arms armaments of Marleyan infantrymen, having two rifle variants in use. Warchief Zeke Yeager also fights with a carbine rifle, implying that small automatic guns are employed with Marley’s elite Airborne Unit. Soldiers are generally carried by steam-powered trains, although trucks are sometimes used by soldiers who defend themselves within the homeland. 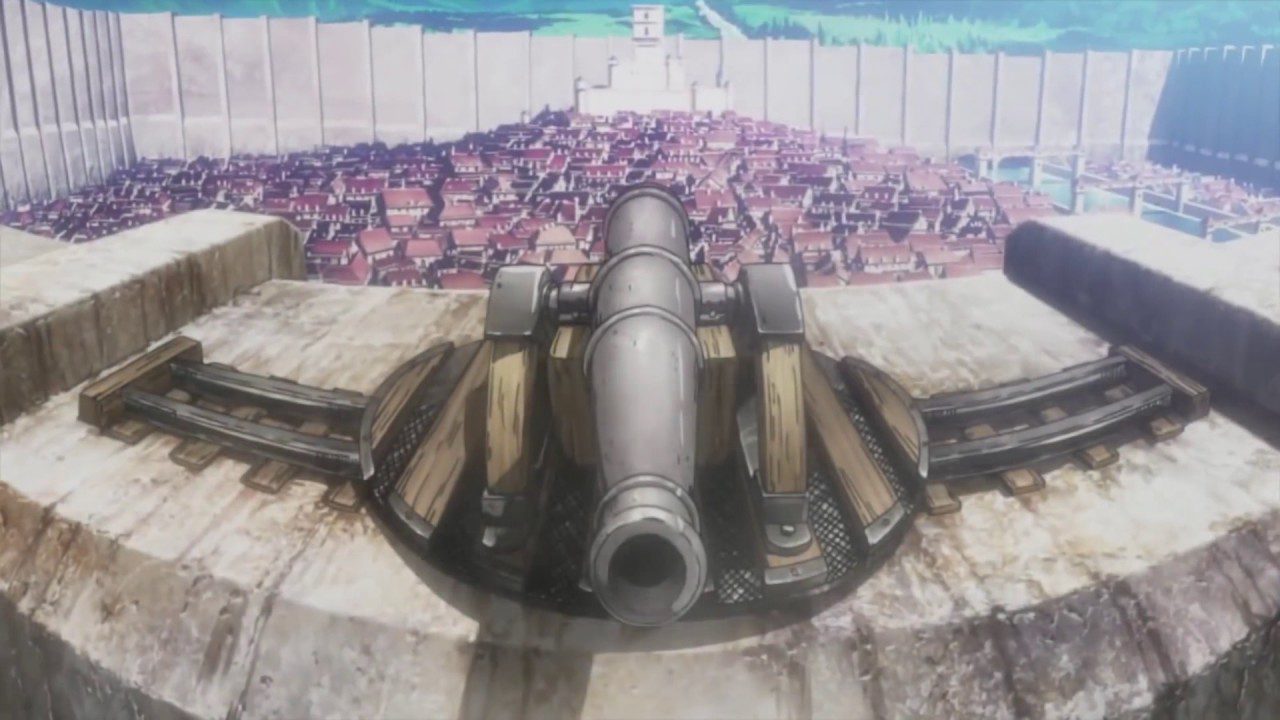 The army’s doctrine revolves around the usage of Titans. Marley has a long-standing plan of transforming its Eldian people into pure Titans to increase its military might, in addition to getting the Warrior Unit like a tactical deterrent. Because pure Titans, with the exception of the Founding Titan, are unable to obey sophisticated instructions, the Eldian Empire unleashed them as a hostile army en masse in antiquity. Although the Titans could now be deployed by airships, Marley’s strategy is nearly identical to Eldia’s in the contemporary period.

Eldians were never allowed to see much beyond Eldia since they were locked within the walls and had no idea what the entire world looked like. He was born there and finally died as a slave. Armin’s grandfather possessed an old book with some outside information that was not accessible to the general public. If the military had known, he would have been detained. Both oceans, as well as the desert, have only been seen by the scouts. 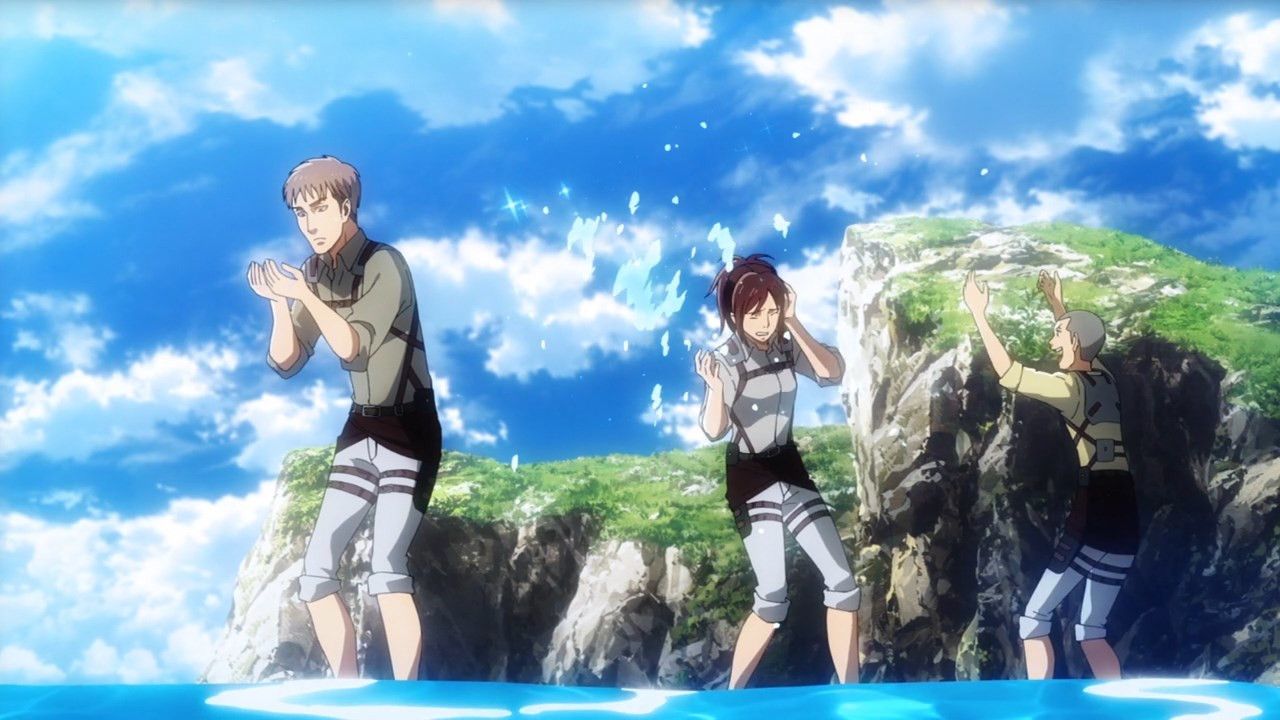 Jean, Sasha, and Connie playing in the sea.

The Eldians inherited from those who stayed on the mainland are viewed as poor citizens by the country of Marley, who would be deemed “filthy-blooded” and unnatural after losing the Great Titan War. Eldians are separated from the rest of the populace in specified places, such as Liberio, having Subjects of Ymir as a possible Titan weapon option. Eldians may be granted special permissions through the Public Security Authorities to leave the internment zone on rare occasions. Furthermore, while appearing in public, all Eldians, both inside the internment area and outside in Marley territory, must wear armbands identifying them as Eldians. 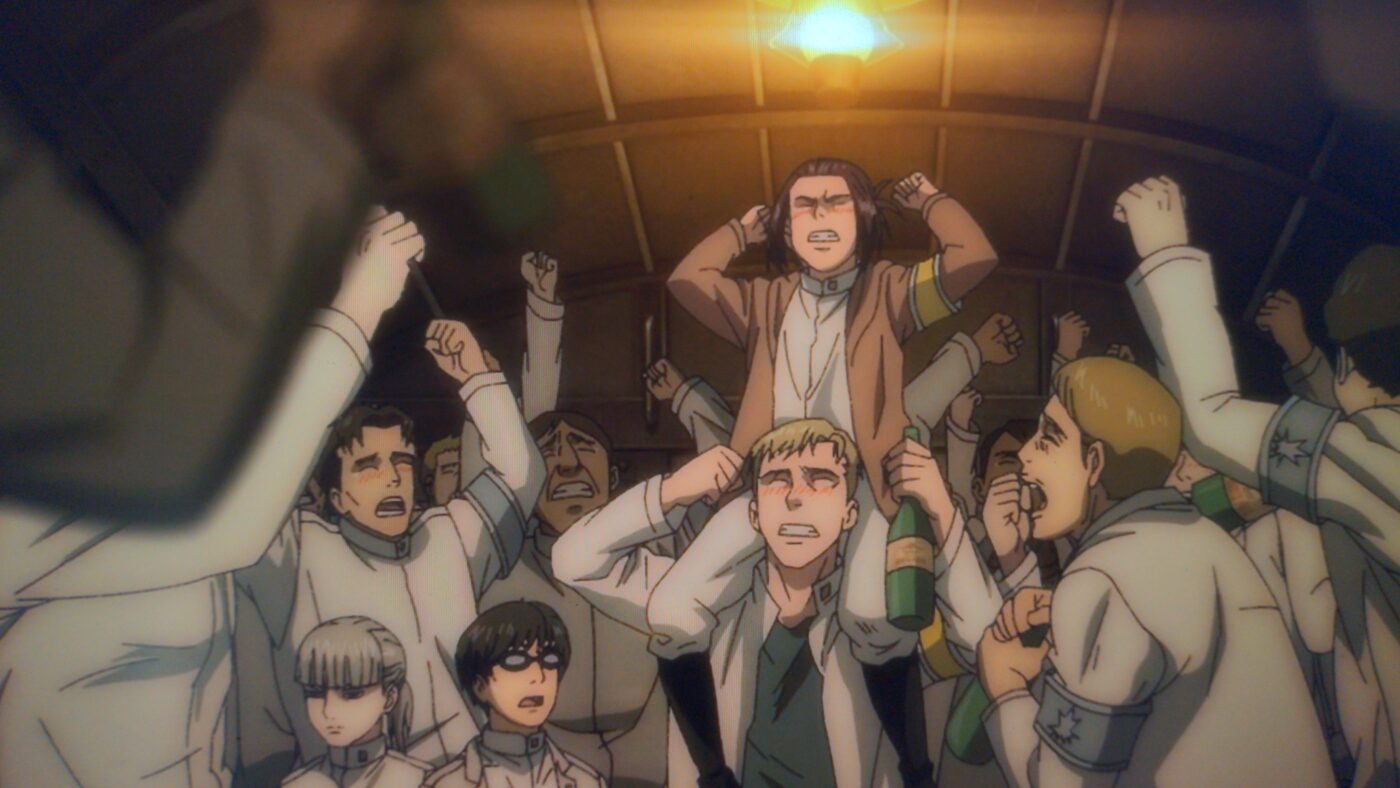 The Eldians inside the Walls are mostly pleased with their confined lifestyle under the King’s reign. Those who wanted to see humanity’s land returned might enlist the Survey Corps, a military unit that was allowed to leave the Walls on a regular basis, despite the fact that many citizens thought it was a stupid and useless gesture. Things were tough to handle in Eldia, and maintaining oneself was much more difficult. People did not have the chance to try new things or become engrossed in them. That’s how awful things were in Eldia in Attack on Titan. The nearest equivalent to a sport has been the recruits battling with one other or refining their ODM gear abilities on fake titans.

Also read: Characters Stronger than Levi in Attack on Titan