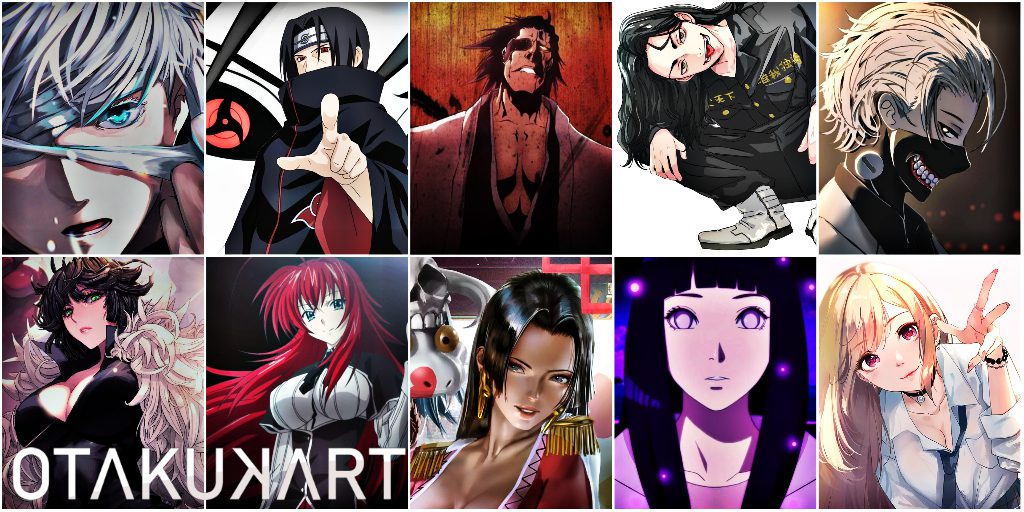 This list right here is the list of 20 Most Beautiful Anime Characters Ever, 10 Male and 10 Female. We know that 10 is a small number to list down beautiful anime characters, but still, we tried our best. Can’t name all of them, can we? The list would never end then. So, here we go with our list. We hope you like it.

Gojo Satoru from Jujutsu Kaisen is one of those characters who just don’t have any flaws. We were already head over heels for Gojo when we first saw him with blindfolds. But, the moment he removed those folds, Do we even need to explain what we all felt? The color of his eyes was the color of the ocean after a storm. Beautiful! And his “I’m the Strongest” was something he was not lying about. 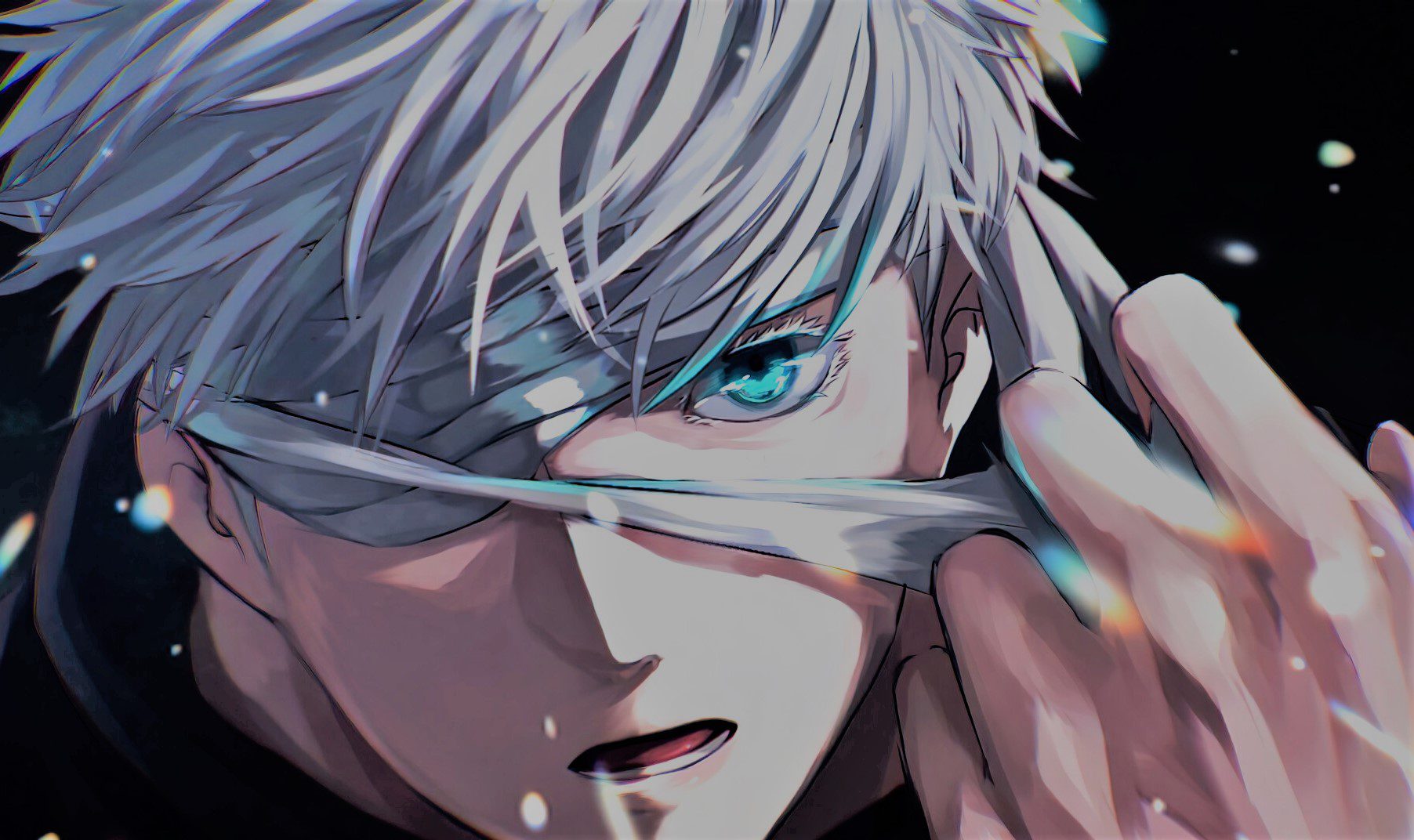 If perfection was a person/devil, it would be Rias. Her perfect red hair, perfect beautiful eyes, perfect cute smile, and of course, her perfect body. She is the perfect waifu material, and we are sure no one thinks otherwise. We are just mere humans and are ready to worship this Devil. It’s not just her looks that make us want to worship her. It’s her compassion towards her friends that makes us want to love her even more. We are jealous of Issei that he gets to be with her and not us. 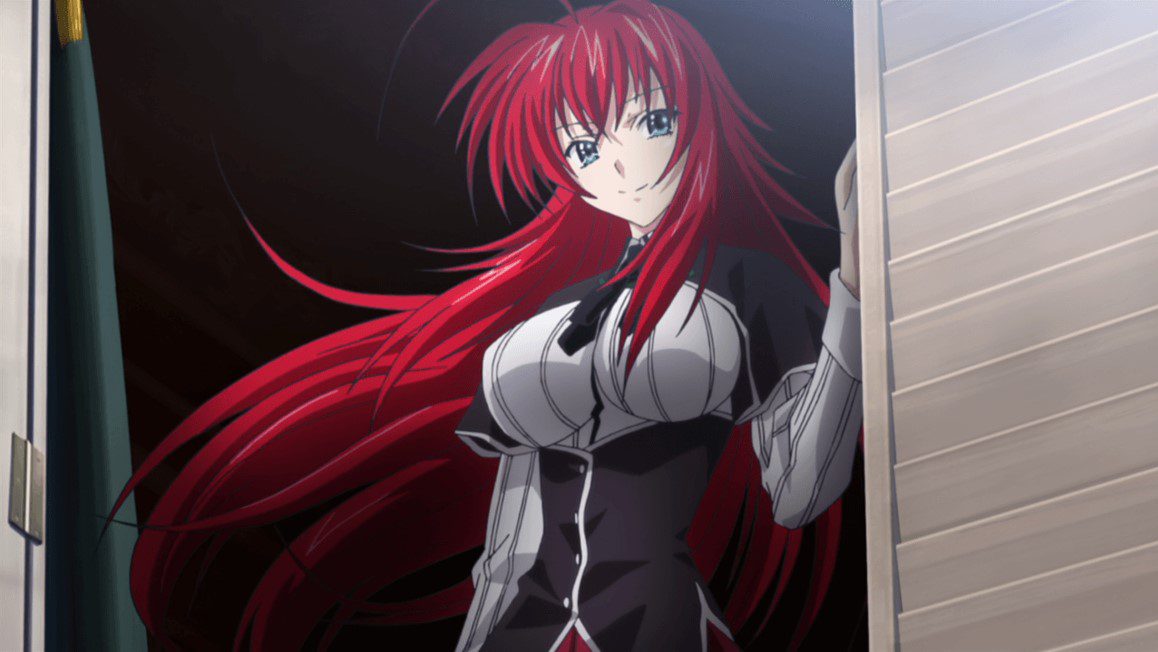 What can kids do? Here’s a kid who is a man among men. He knows the value of friends and family. And, he will not back out of a fight to protect his friends even if he has to sacrifice himself. Baji is even willing to take all the hate and blame to himself if that means he can save his friend from himself. He doesn’t usually share his food, but if you are special to him, then he’ll ask you for Peyoung Yakisoba. And, if he shares it with you, then know that he is even willing to die for you. Doesn’t that make him one of the most beautiful anime characters ever? 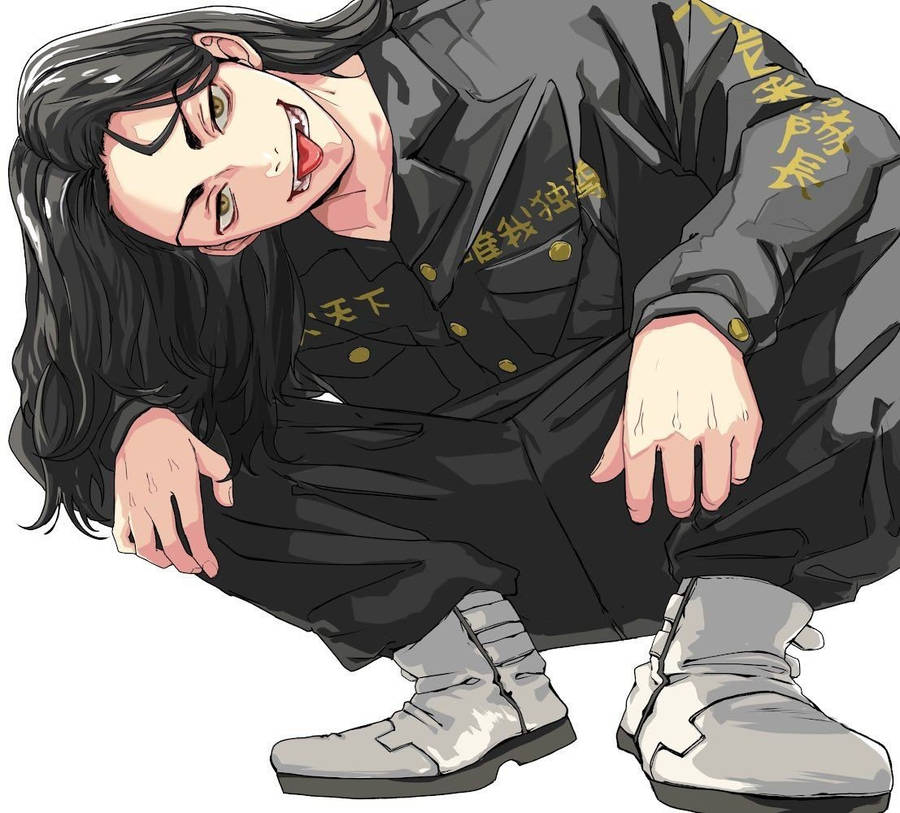 We are not supposed to have any kind of feelings for Boa Hancock, or else she will turn us into stone. But, she is so beautiful that we are willing to become stones and add to her collection of stones. The way she is loyal to Luffy makes us jealous of him and also makes us want to smack him hard for being dumb that he couldn’t even see the clearest signals from her. 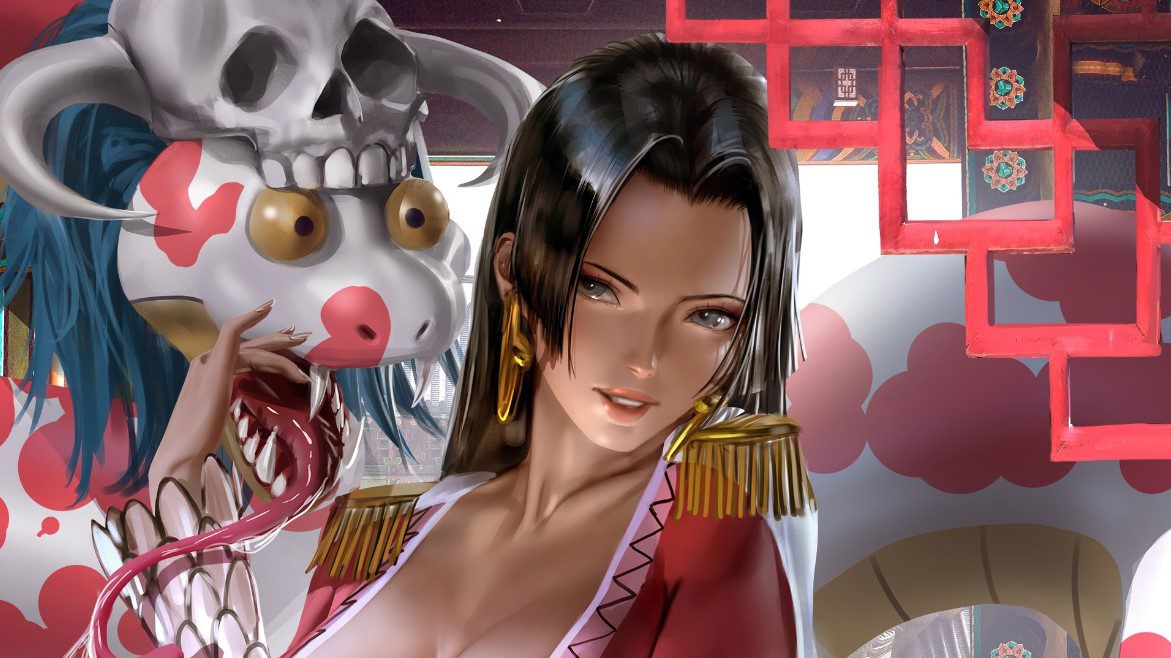 There are people for whom beauty does not mean facial beauty. For them, beauty is exploring the extent of human strength. Humans are capable of going beyond their physical limits. And Baki is the definition of such a beauty. He has gone through such training that the beast he has become now, people in the real world wish to become. In the real world, you’ll see people train themselves to look like Baki. That’s why Baki is one of the most beautiful anime characters ever. 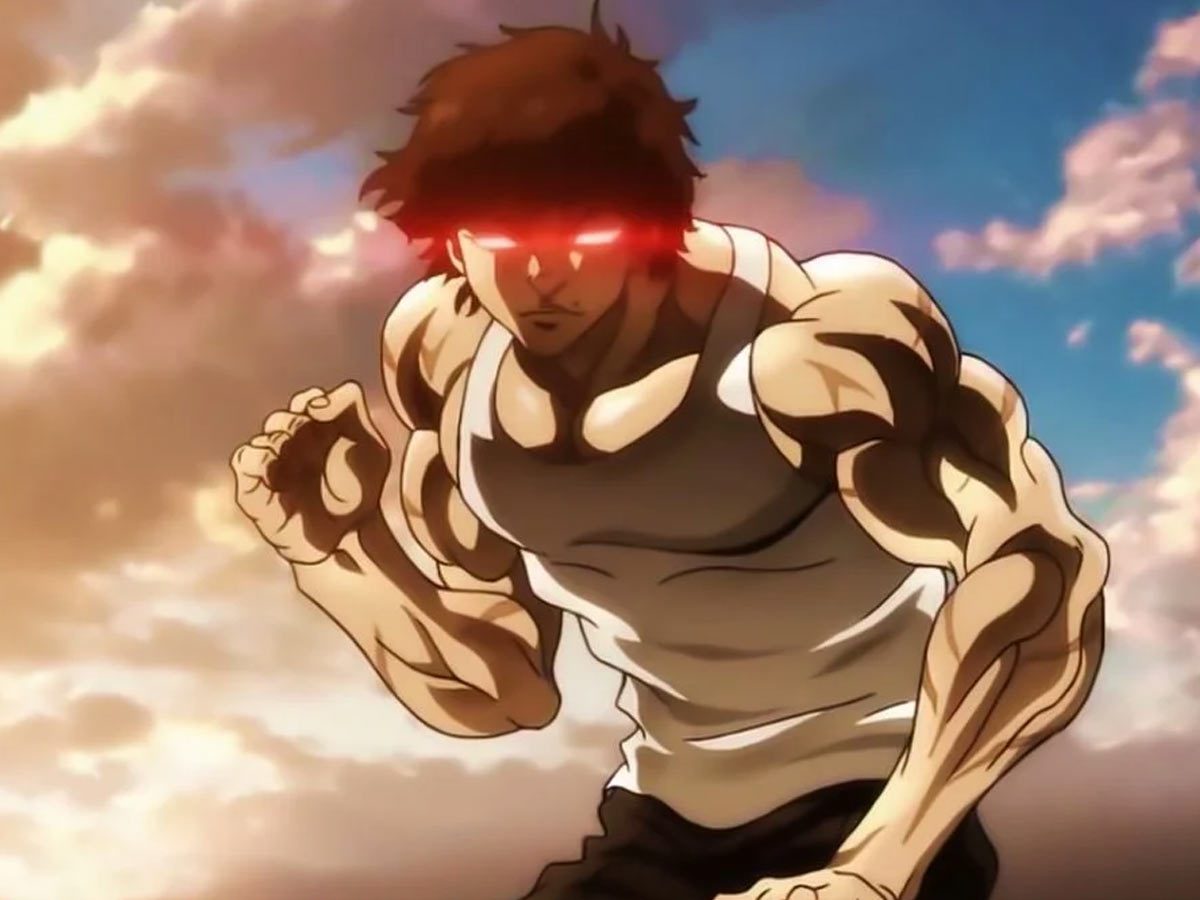 Also Read: Most Beautiful Eyes in Anime – All Time Ranking

Yes, you read it right. Hinata Uzumaki, not Hyuga. Now, she’s a Mommy! We mean mother, yes, that’s what we meant. She is the mother of two kids now. And she’s still just as beautiful as she used to be. We have no right to be jealous of Naruto. Naruto deserved love, and Hinata was right there with him, always. That’s the kind of love we weebs dream of and wish for. 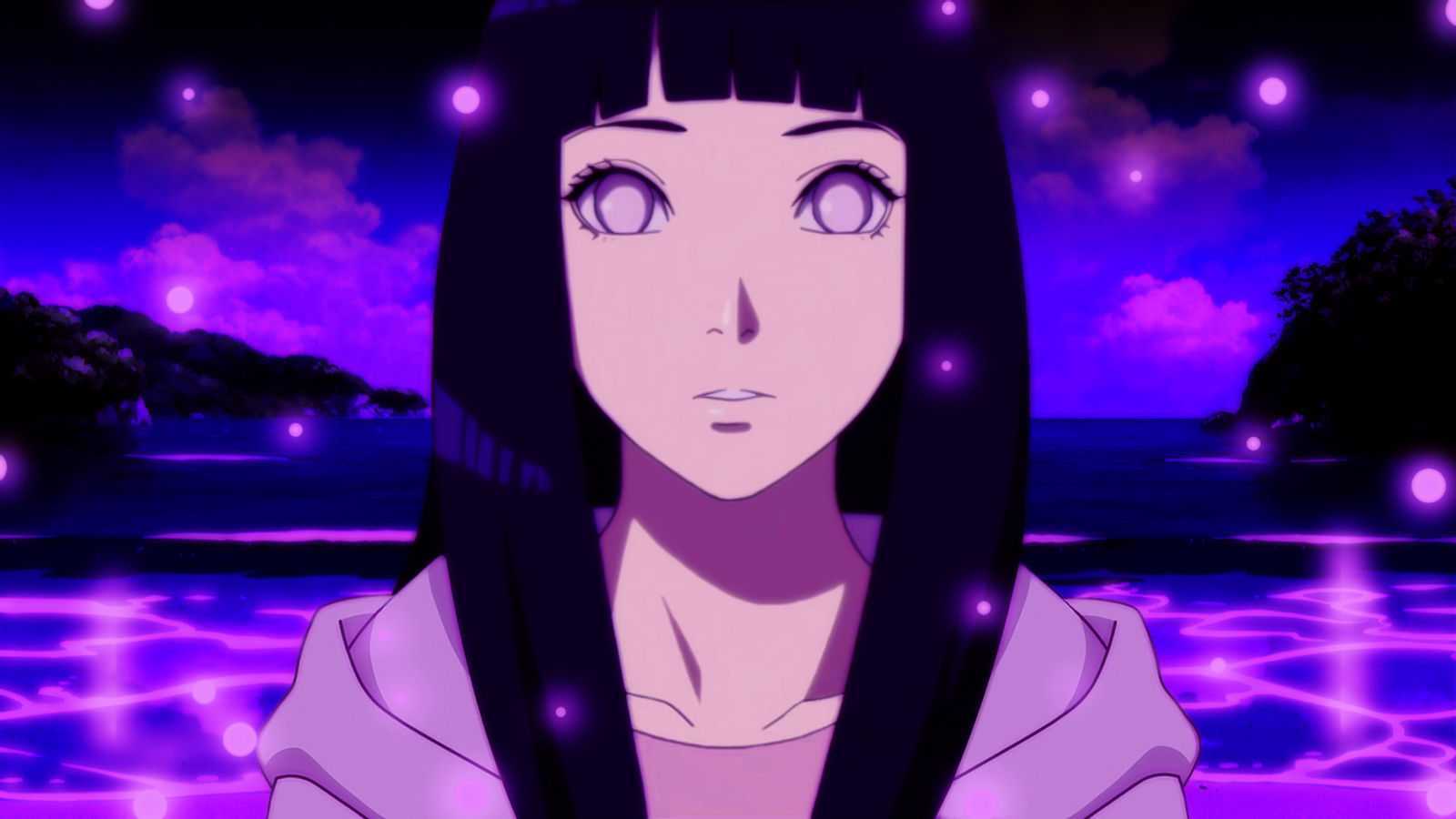 Kaneki hated Ghouls and in the end, became a Ghoul himself. Not completely though. He is a half-human and a half-ghoul. One of his kind. Now, anything and everything that is one of its kind are always beautiful. And Kaneki who hated ghouls learned to live with himself being a ghoul and even used his abilities for the sake of survival. We’d say, there’s a hidden beauty behind that mask. 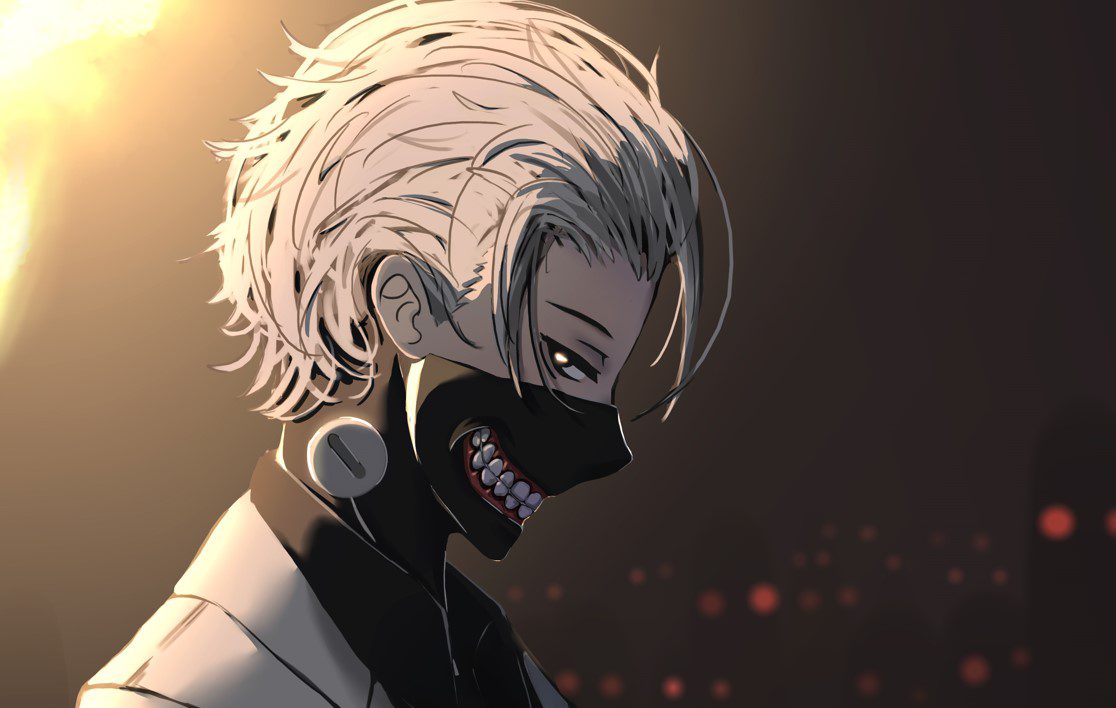 From being cute Mikasa when she was little to being badass Mikasa when she grew up, she never left our hearts. The way she always stays right beside Eren, we wish someone like her would stay beside us too. We hated Eren for making her cry, but the way Mikasa still loved him was true love right there. And that was beautiful indeed. 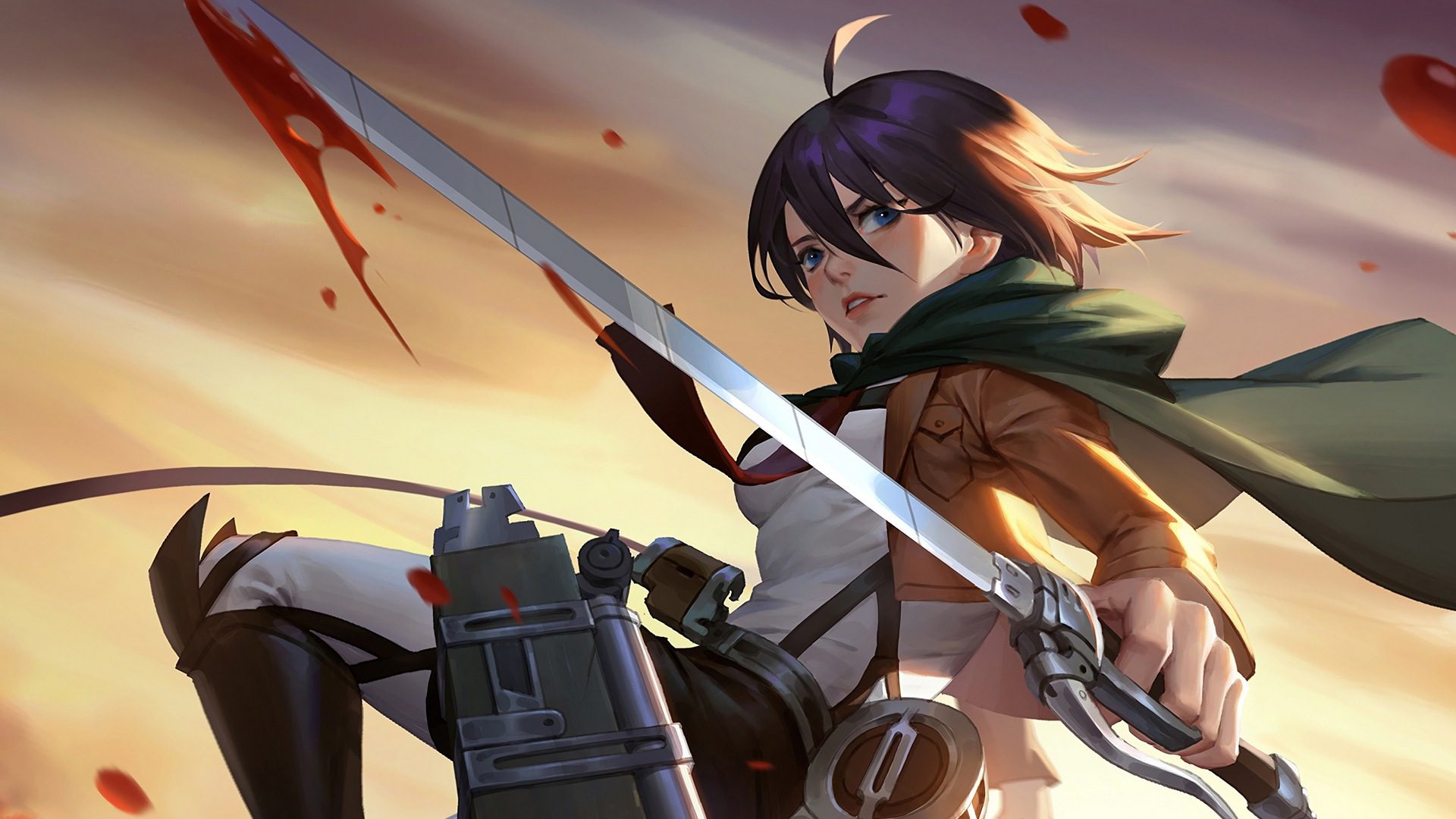 This guy is scary right? But, there’s a certain beauty about this guy that no one can deny. In the world of sword transformations, Kenpachi fights with his sheer strength. Even without using Bankai once, this guy can remain undefeated. He will give you the chance to kill him. But, if you miss, you are as good as dead. But, how can this guy be scary when Yachiru always stays smiling with him? Don’t you find that beautiful? When others fear him, Yachiru always wants to be with him. 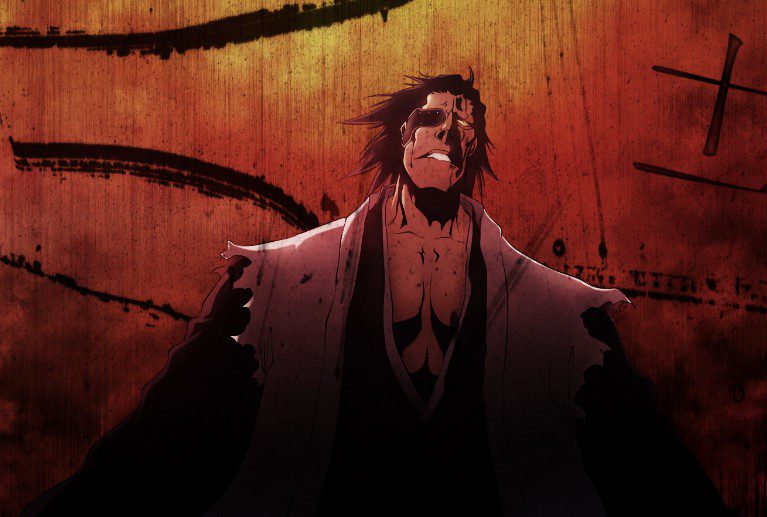 Do you remember the time when Saitama was looking at Fubuki like she was the food? Well, we are not going to explain further why she is one of the most beautiful anime characters. Saitama proved our point without even saying anything. 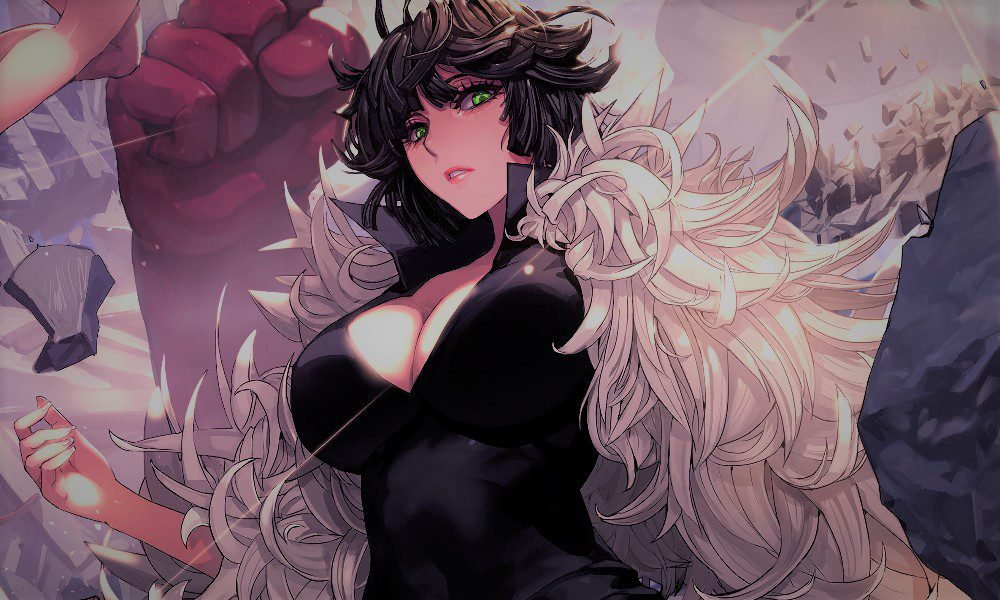 They say don’t look into his eyes, or you’ll get under his Genjutsu. Well, we looked into his eyes anyway. And fell in love with him instantly. We guess we are already trapped under his genjutsu, and we don’t mind it. His eyes are not the only reason why he is one of the most beautiful anime characters ever. He was just thirteen when he sacrificed everything for the sake of the greater good. He was just a kid, he was more of a man than any man in the real world to make such a hard decision all on his own. Itachi never truly found happiness, yet he died with a smile on his face.

If that’s not beautiful, then we don’t know what is. Yes, we know all he got was pain, then how is it beautiful. Well, Itachi is a painfully beautiful character. That’s all we have to say. 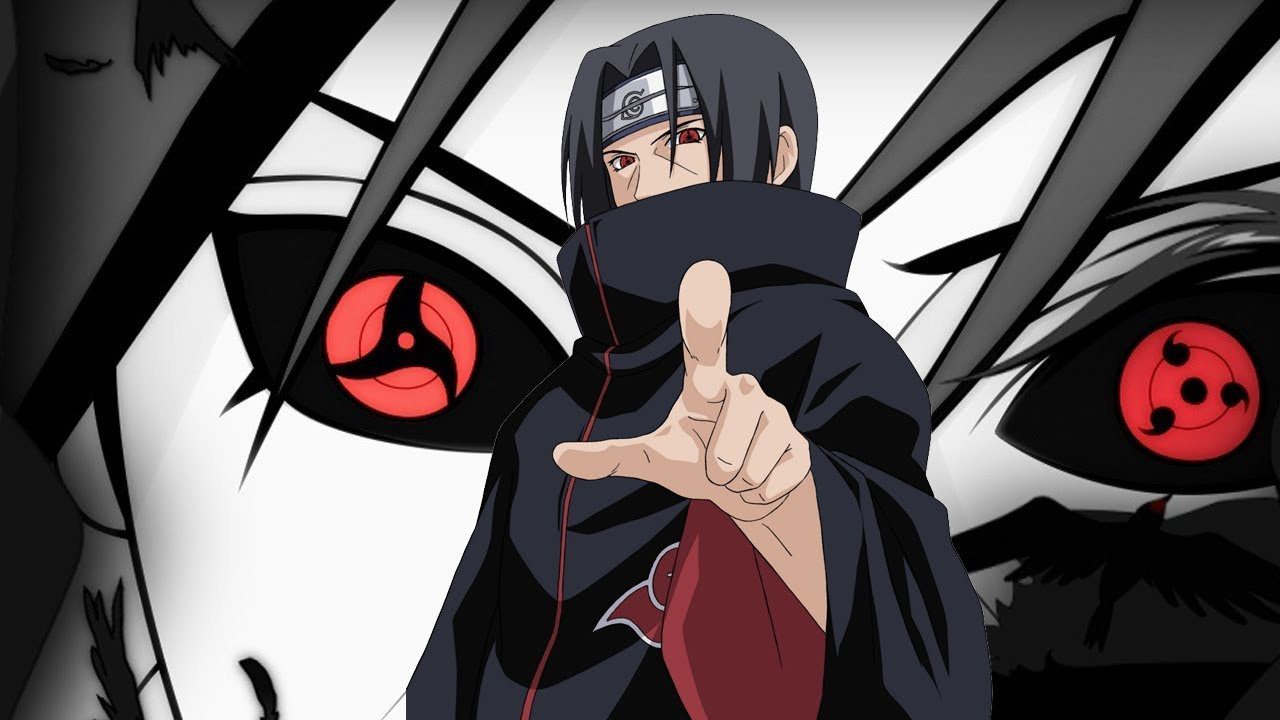 Esdeath is the antagonist of Akame Ga Kill, but her love for Tatsumi was more than real. We could never hate her for being the antagonist of the story, but we fell for her even harder because of her love for Tatsumi. In the end, when Tatsumi died, the way she buried herself with him in her own ice and then scattered away was something we wouldn’t mind if someone did that for us. We may not have cheered more for the main protagonist, the way we cried hard when she died with her love. 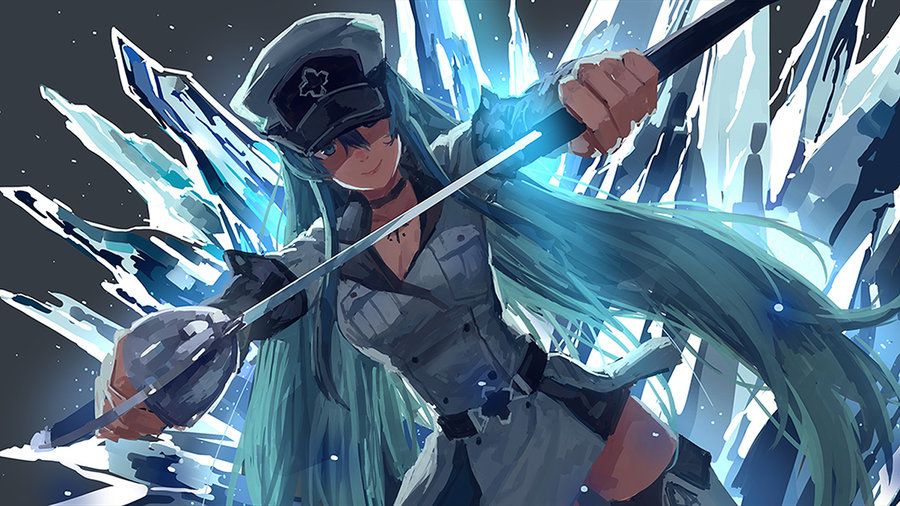 Yami, the first captain of the Black Bull squad, is that character who used to be the main character of his time and still manages to steal the spotlight from the main characters of this time. He is the kind of man who believes in action, not just words. Yet, whenever he speaks, his words always end up inspiring us. We’d say if beautiful had a face, that would probably look like Yami. 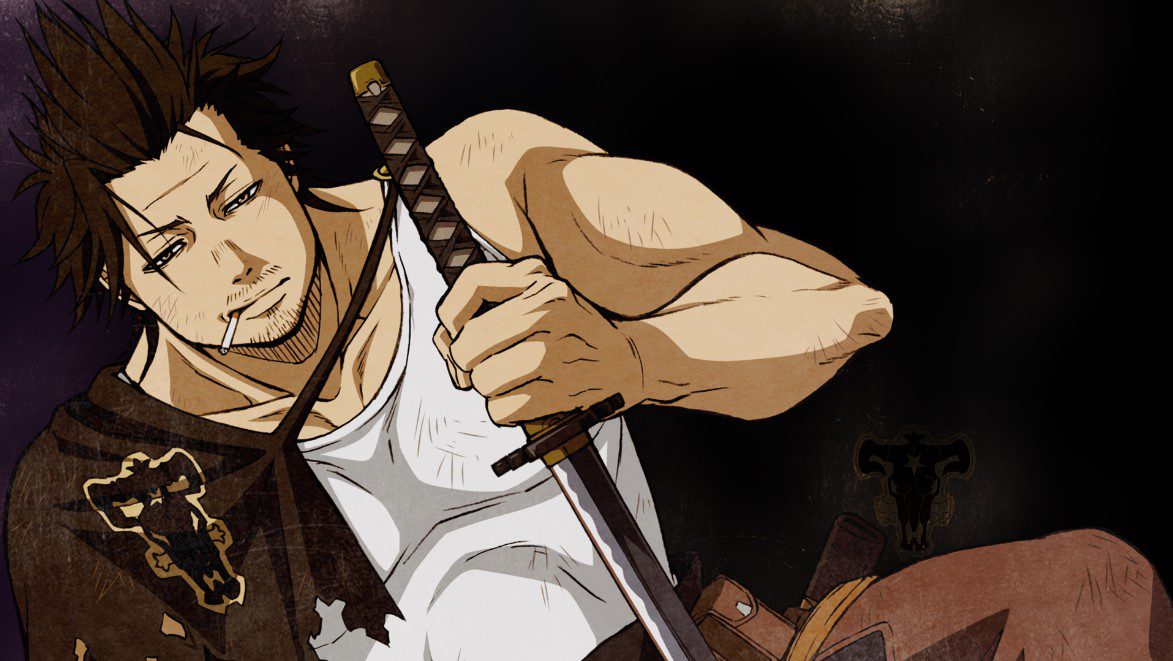 Daki was named Ume when she was human. And Ume was the disease that killed her mother. The way she was treated since childhood was anything but beautiful, but the way her brother, Gyutaro, raised her and protected her was more than beautiful. Their bond was beautiful. And the way she relied on her brother both made a special place inside our hearts. 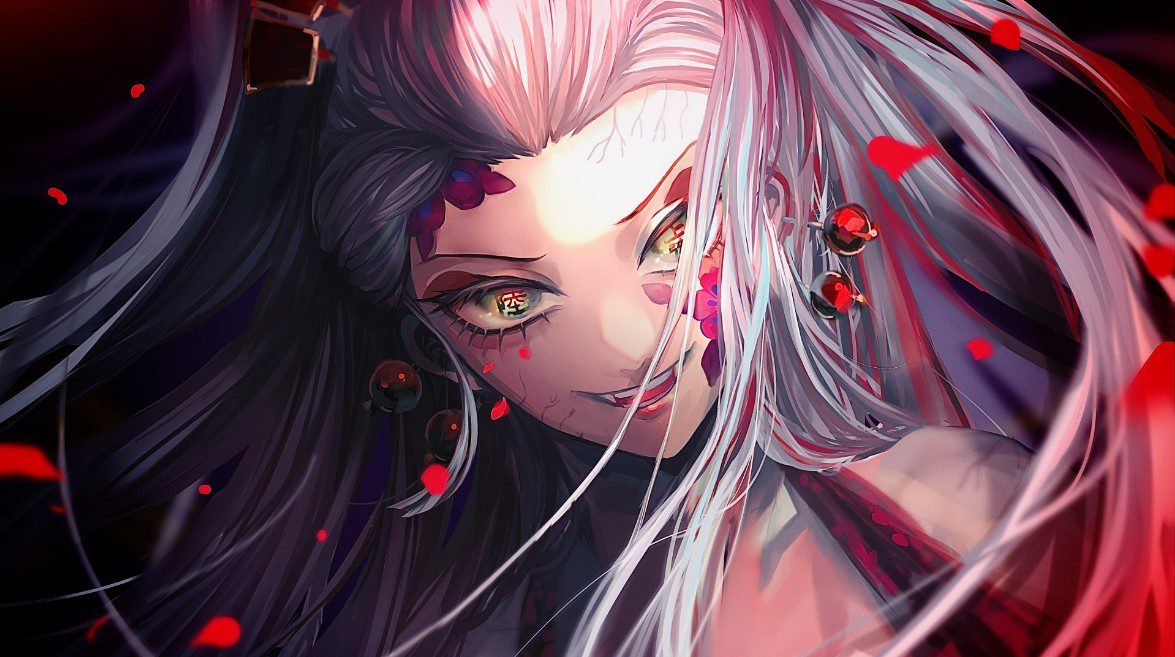 This guy literally has three wives, and all of them are happy with him. This has to mean something, right? Not just he is one of the most beautiful male anime characters from the looks, but also from the inside. Polygamy is considered bad in the real world, but he sure made it look good. Not just the girls, even the boys wished they could be one of his wives. 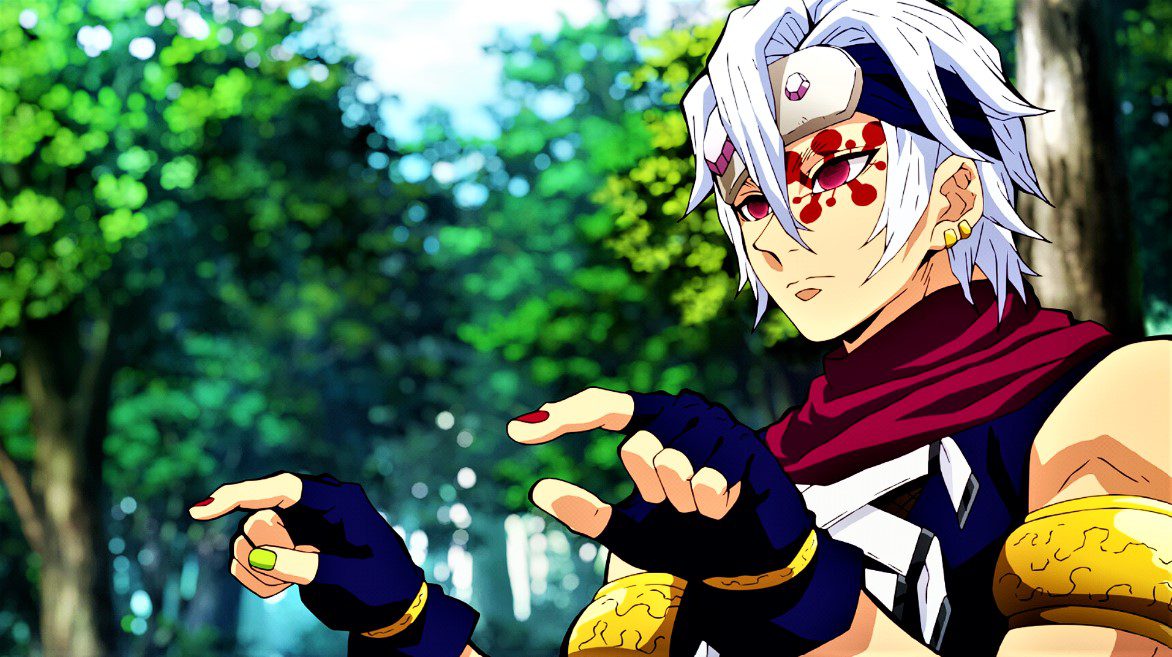 We have seen real people cosplaying as anime girls. But, Marin Kitagawa is an anime girl who loves to cosplay anime girls. The kind of passion she shows towards her cosplay is the same passion we see her with. The way she crushes over Gojo makes her even more beautiful. And hey, don’t forget Gojo doesn’t say the word ‘Beautiful’ lightly. When he says something or someone is beautiful, he means it. And he said it himself, that Marin was beautiful. Let’s take Gojo’s word for it. 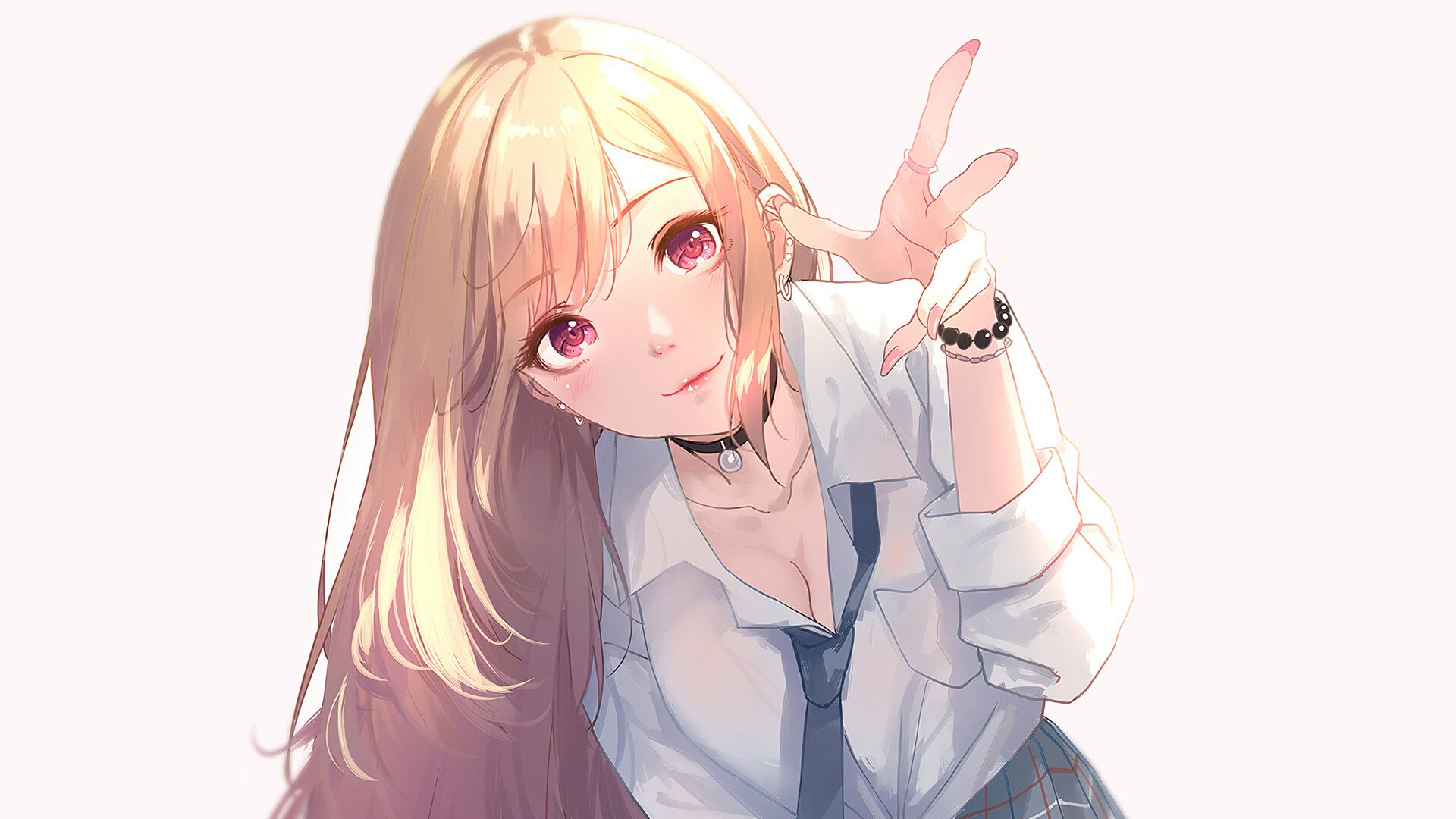 When you are told by someone that you are insane. How do you respond to that? Normal people would get offended and disagree with that. But, Levi Ackerman’s “Maybe I  am” has left the entire weeb community with their jaws dropped with this line. This guy may look short, but don’t be deceived by that. This guy has smacked the beast titan like a fly. He invented the definition of fear for that beast. The moment he made his entry into the anime, he entered straight into our hearts. 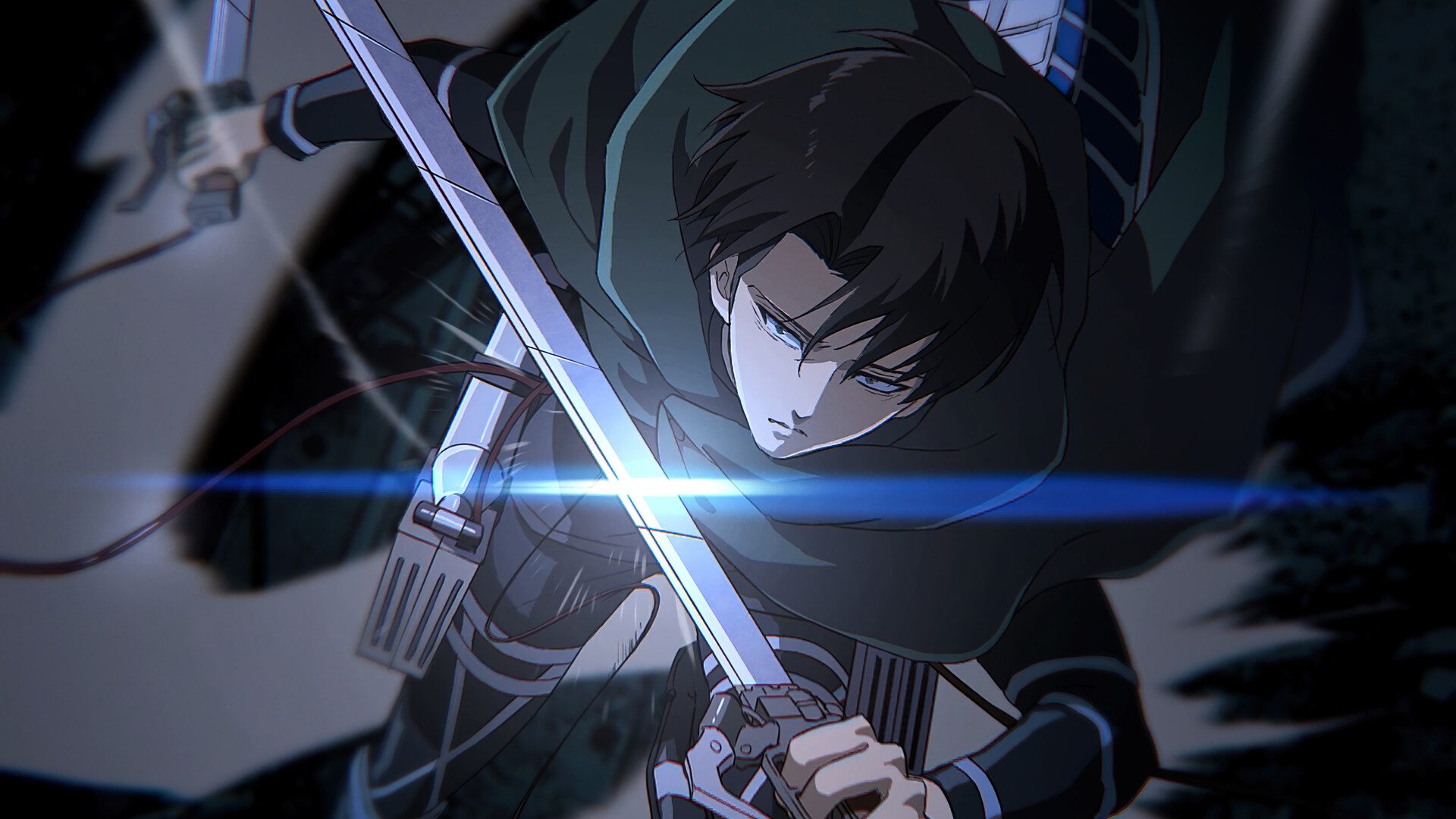 Komi-san doesn’t even need to speak to make us fall in love with her. She is such a Goddess. She has a communication disorder because of which she’s not able to speak the way she wishes to. But, the fact that she can’t speak the way she wants and she tries her best to make friends with everyone makes her one of the most beautiful anime characters ever. 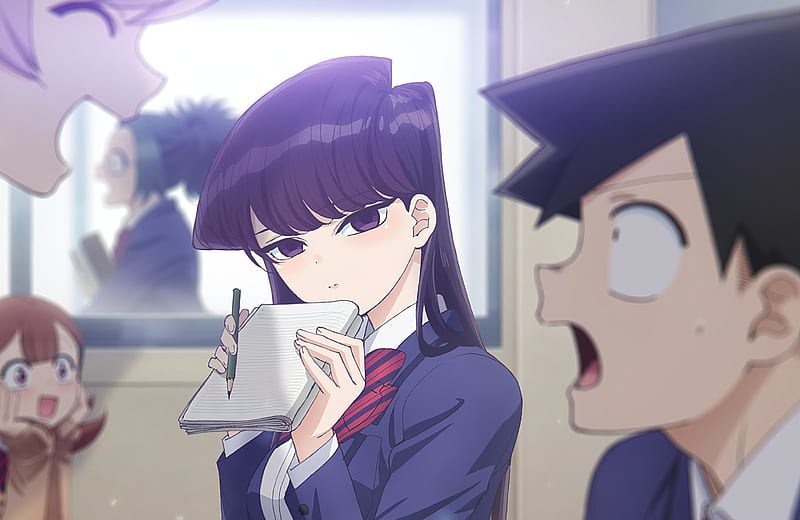 We have seen lots of swordsmen in lots of anime. But, when we are asked who’s the best, the only name that comes to our head is Roronoa Zoro. There are different types of sword-style users, but nothing beats the feeling of watching this Three Sword Style user slay his targets. He may be targeting the bad guys, but our hearts got slain by him in the process too. 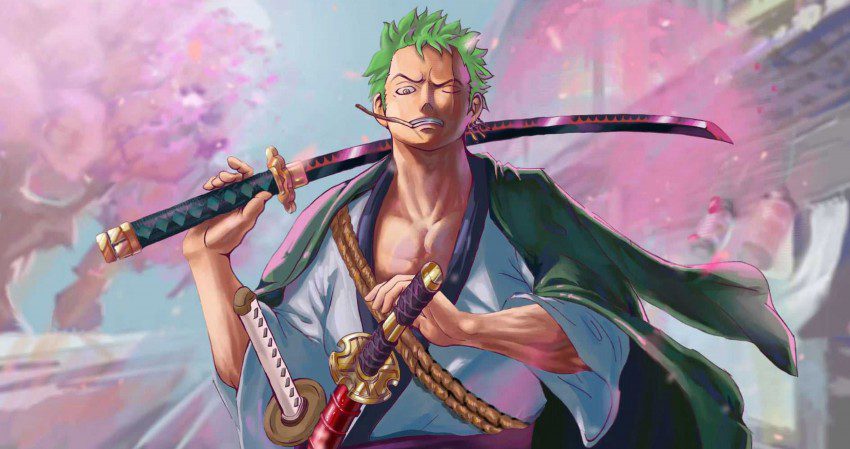 Chizuru wants to become an actress, and she believes that playing the role of girlfriend with a stranger will help her improve her acting skills. The way she completely transforms her personality when she plays the role of a girlfriend is what makes her beautiful. And we do believe someday she’ll become a great actress. 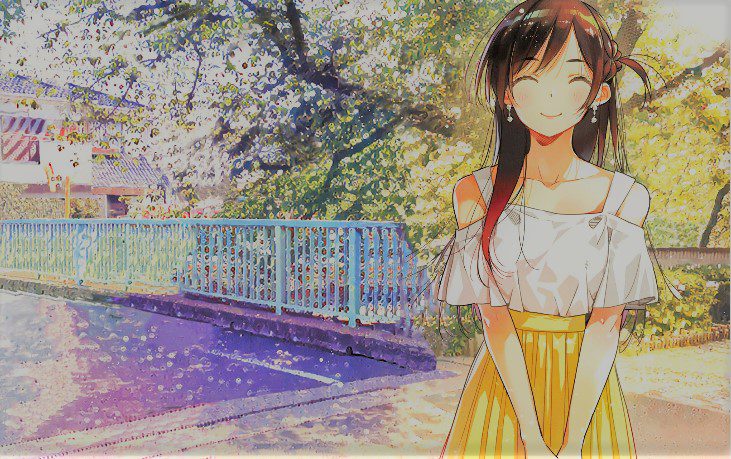 We know this list felt not enough. We wish we could keep adding more and more, but it is what it is. But, here are the few hon’ble mentions we would like to add to the list of Beautiful Male Anime Characters. Eren Yeager from AOT because of his glow-up in the fourth season and the way he went dark was beautiful. Nanami Kento, Sukuna, and Toji Fushiguro from Jujutsu Kaisen. Akaza from Demon Slayer, Zora from Black Clover, and the most recent Loid from Spy X Family. These are the kind of characters whose journey from past to future made them beautiful more than just their looks.

And, here are some of the hon’ble mentions we’d like to add in the category of Beautiful Female Anime Characters. Ino and Temari from Naruto, Maki from Jujutsu Kaisen, and Android 18 from The Dragon Ball Series also stole our hearts just the way the ones on the list did.