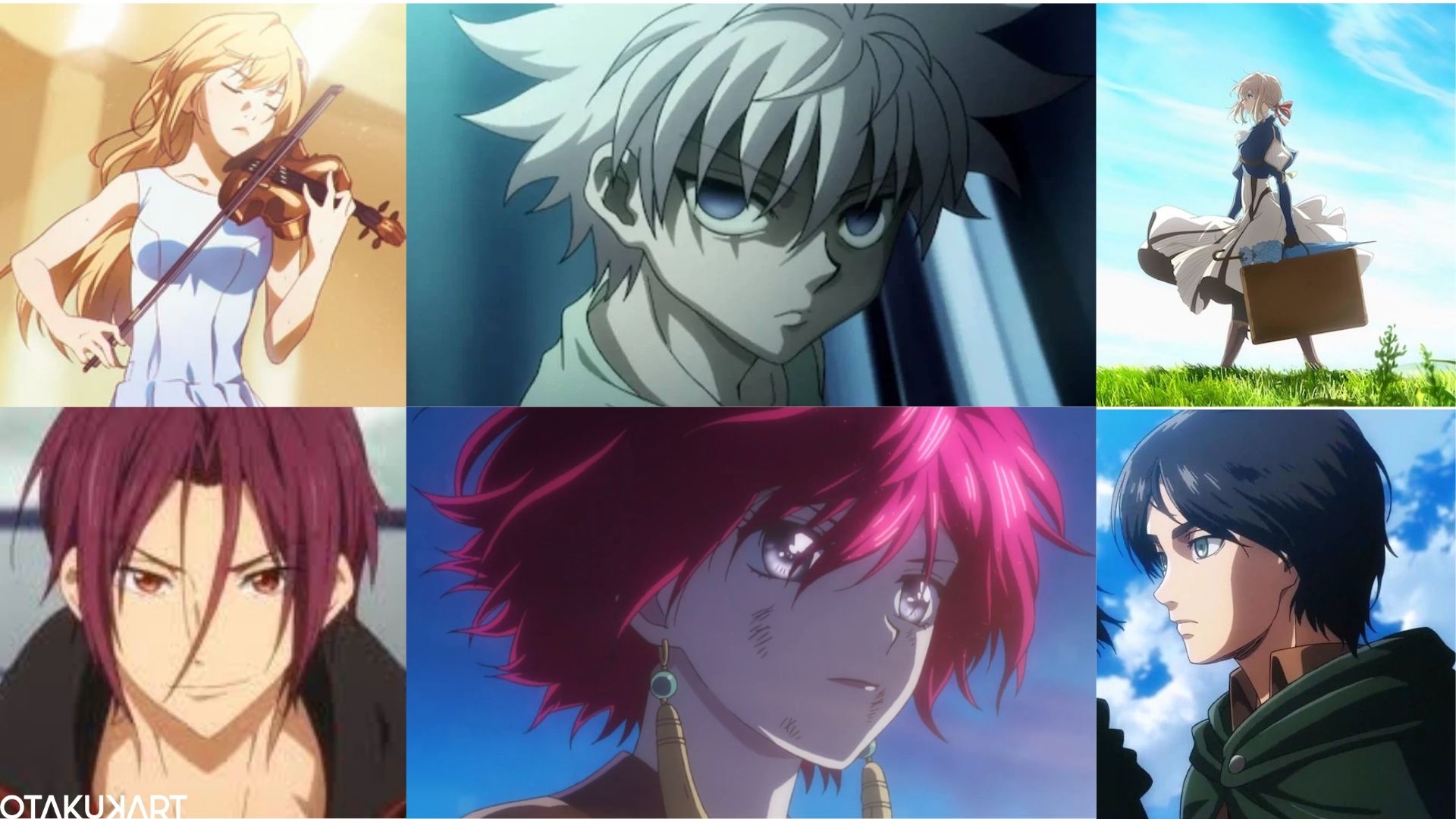 Most beautiful eyes in anime

In anime, except for the character’s personality, there is one most noticeable feature that is essential for the fans to be drawn towards that character. Guess what it is? Character design? Well, yes. Character development, of course, yes. But there’s something more unique and intriguing. Guess what? The eyes. Woah, okay, wait. Are you thinking that eyes do not matter most if the character is likable? Think about it again.

Did you not like it when Gojo unwraps his eyes and use domain expansion? Do you not see the pain of Eren Yeager and the hardships he had to face only by looking at his eyes? Do you not feel curious, like Eru Chitanda, mostly because her eyes sparkle and say, ‘I want to know more?’ Don’t you feel anything looking at their cute, little, and love yearning eyes? Do you truly not? Okay, no more pressure, and let’s accept that eyes are important too.

Most Beautiful Eyes in Anime

Here are some of the most beautiful eyes in anime. Apart from their eyes, (I) will also try to bring out their feelings through their eyes.

Rin is one of the boys from Free! who aspires to go pro in swimming. His eyes look determined and also shows his aloofness. His tired-looking eyes and, at the same time, eyes full of uprising competitiveness is what makes him look cooler amongst the Free! boys. 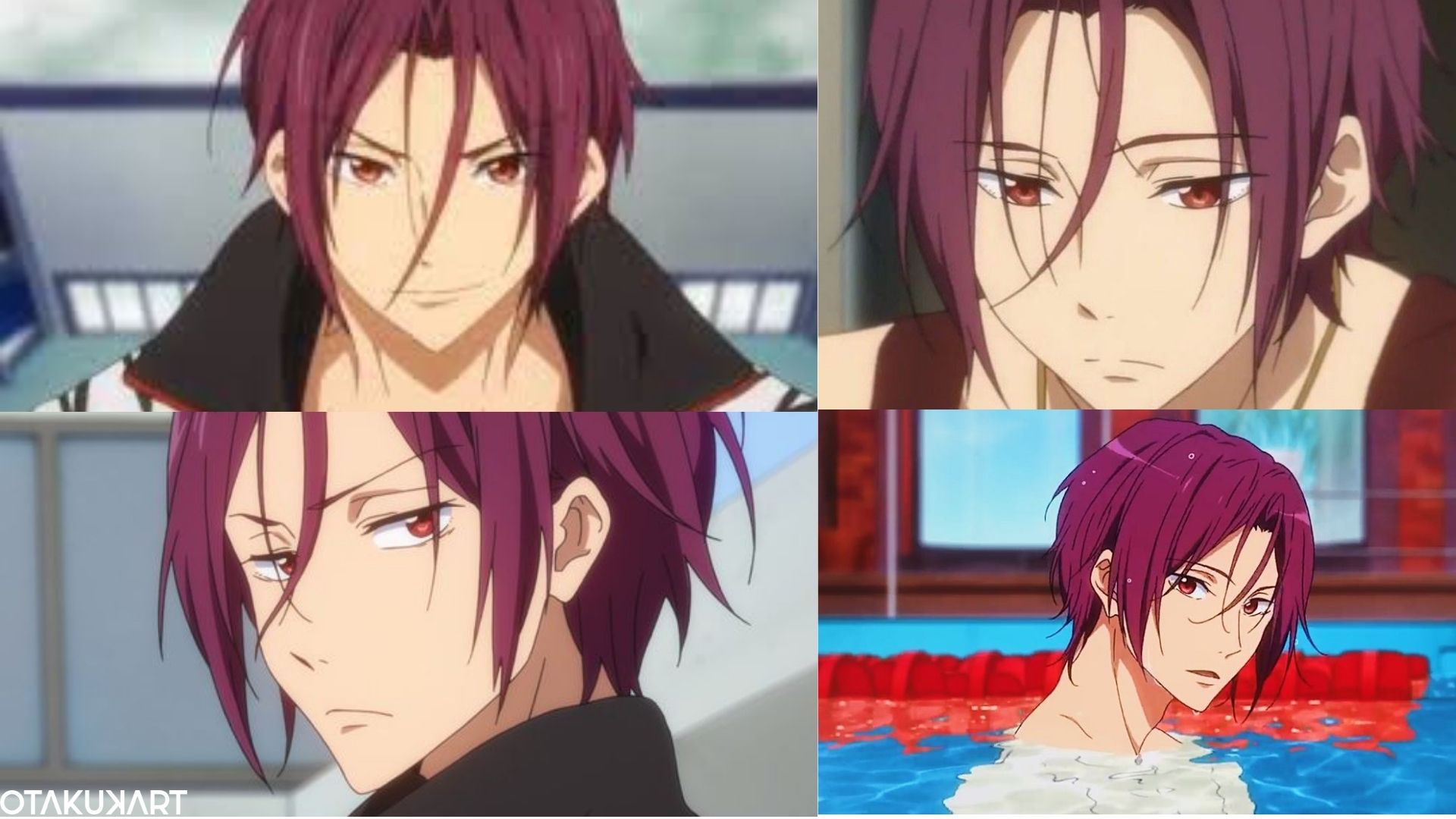 A free-spirited girl like her, Kaori’s eyes say she will disappear any moment. Leaving aside all the facts from the series, Your Lie in April, Kaori looks independent and kind-natured. Someone who will treat you as a human first and love you unconditionally. As if she is ready to die any moment, Kaori’s eyes are beautiful, just like her personality. 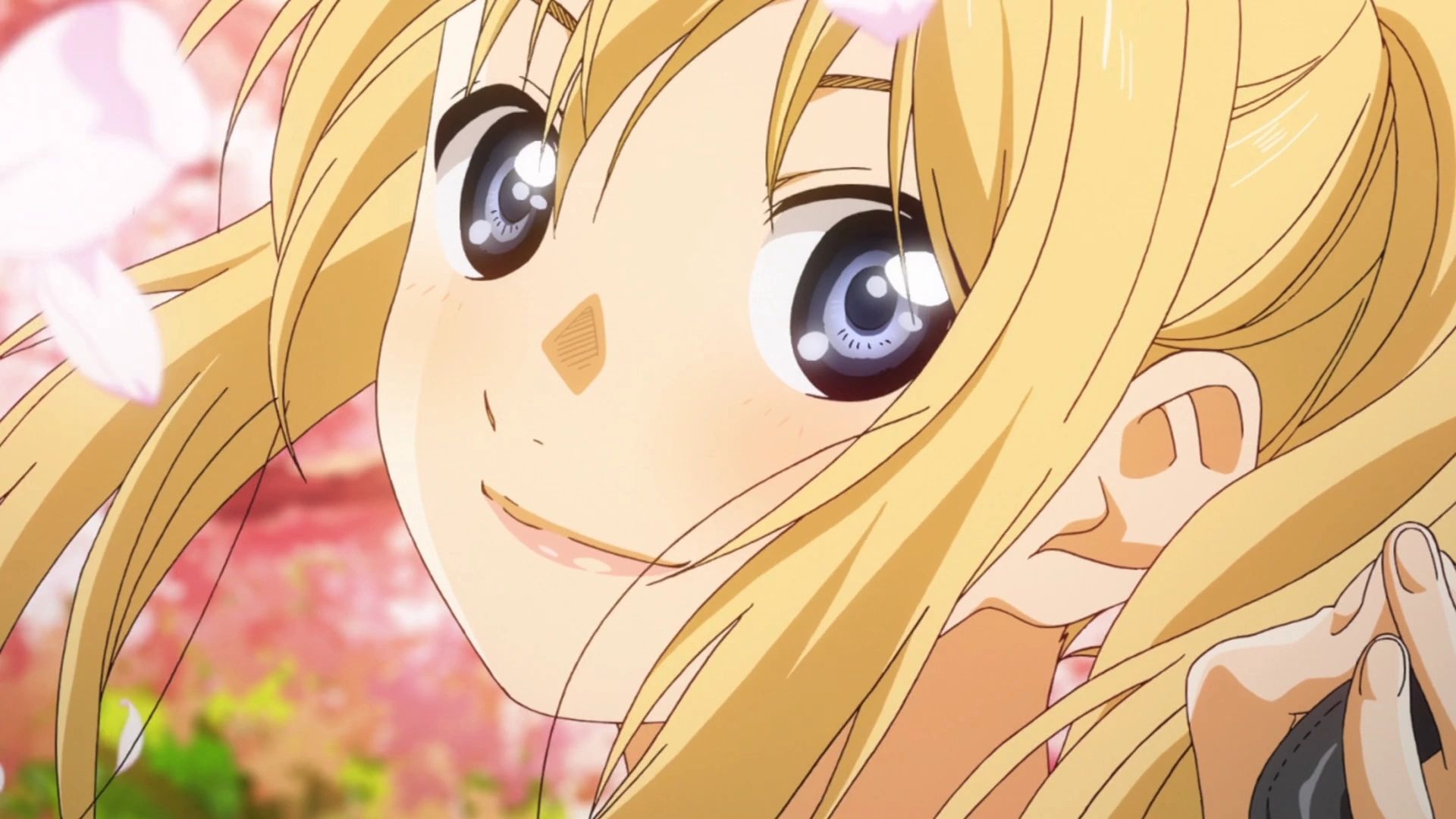 Kaori Miyazono from Your Lie in April

Although an ex-Machina, if we look at Shuvi as a normal ‘person-like’ anime character, she is no more than a child hungry for love! Her eyes say she wants to know more about human emotions, which is almost the truth. A long-awaited gaze, yearning for love, Shuvi’s eyes are as beautiful and curious-like as a child’s. 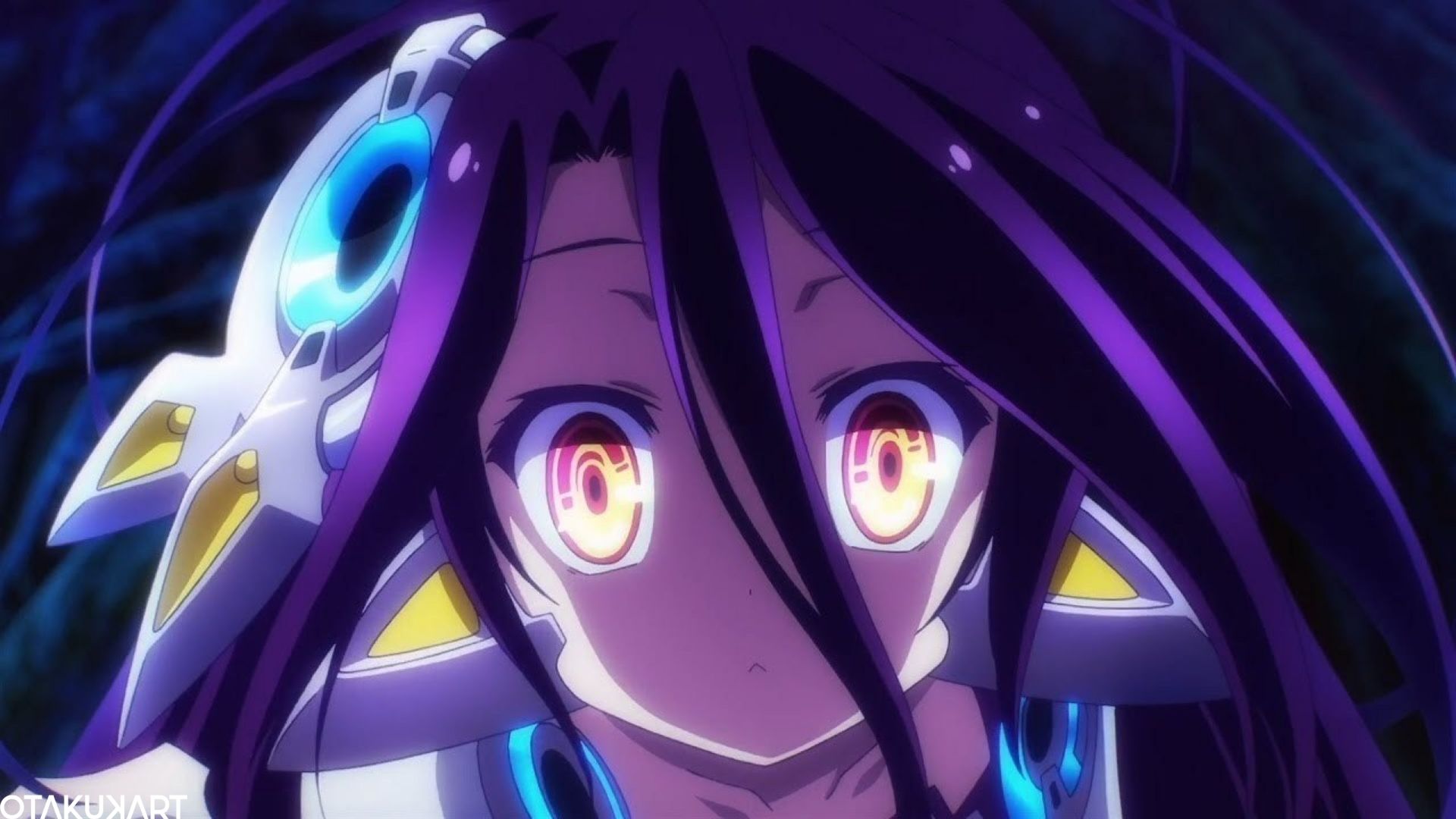 Shuvi Dola from No Game No Life

A child with so much potential. Also, a child who rarely expresses his emotions that one would say “an adult in a child’s body.” Ciel is known to be a prodigy and someone who could even trade his soul for revenge. Anyhow, Ciel is one of those whose eyes could rarely say what he is feeling right now. Nonetheless, his eyes are as pretty as they could be. 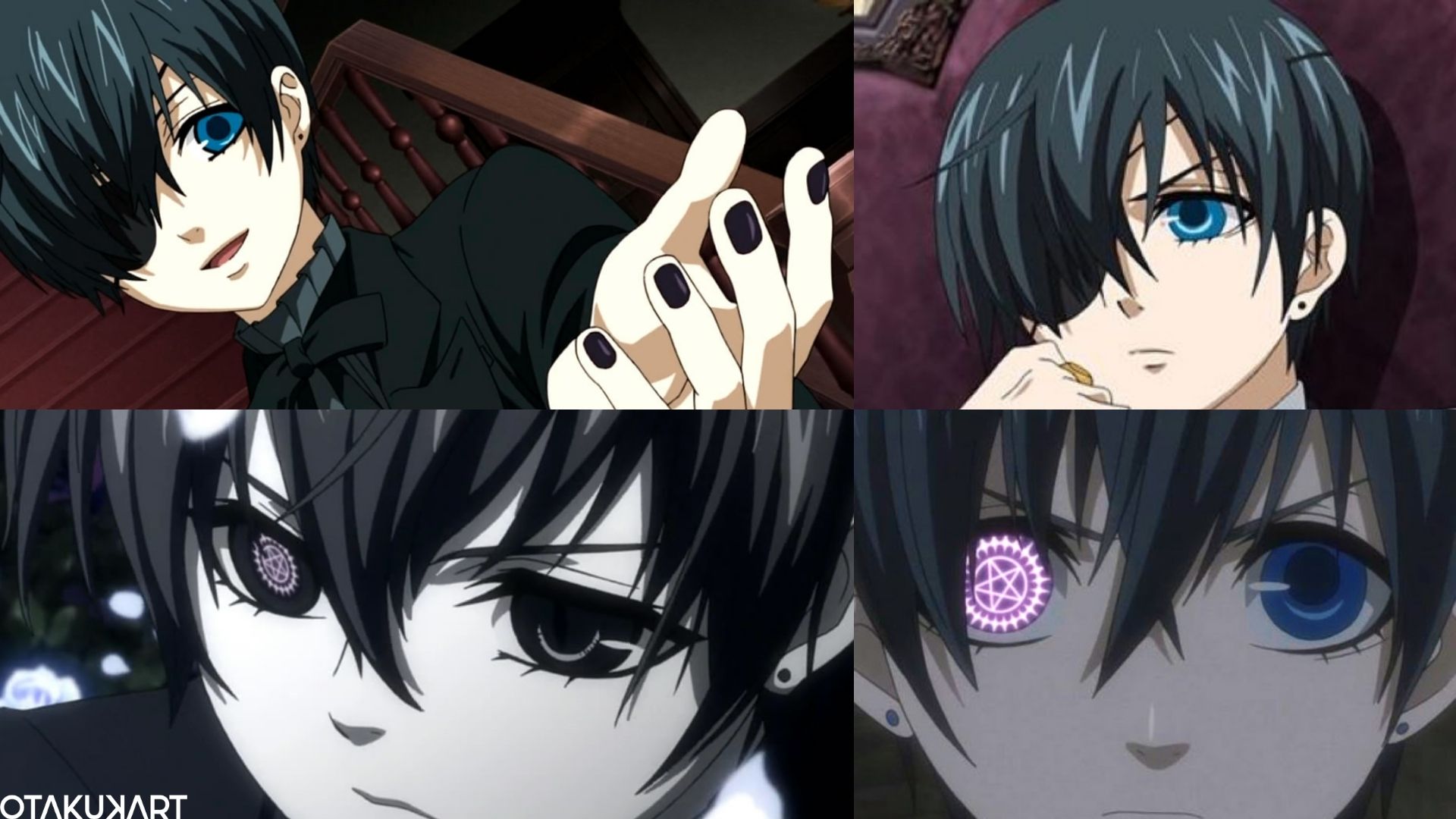 Vivy’s eye color is aqua. That’s quite an intriguing eye color in itself. When we talk about Humanoid AI, what first comes to your mind? Whatever it may be, does the fact that they will have deep aquatic eyes as Vivi also surfaces? Not really, right? Vivy’s eye clearly depicts how much hard work she puts in just to bring happiness through her performance. 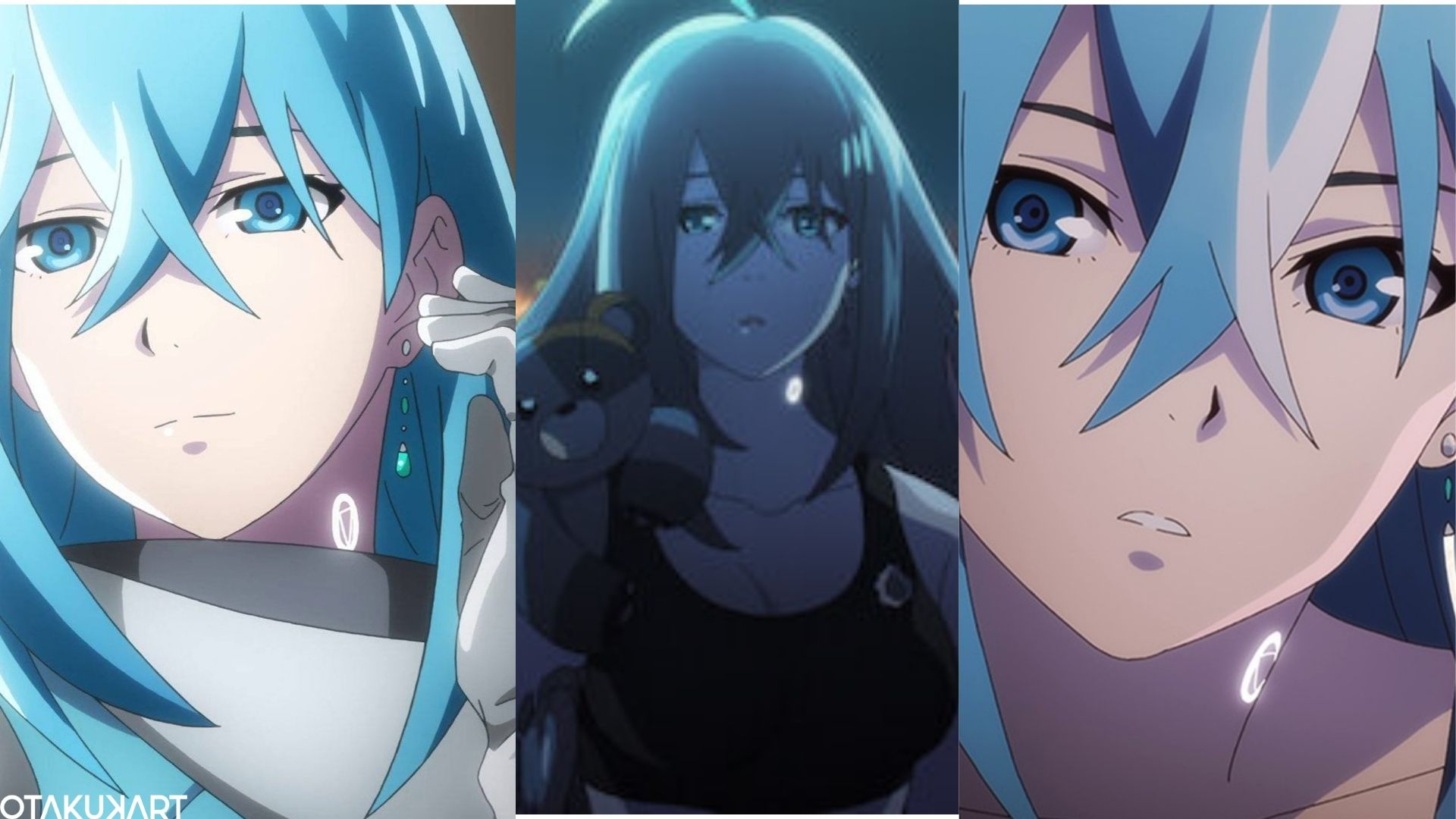 Yona’s violet eyes are amusing. Her character as a responsible princess surfaces till her eyes themselves. Her first appearance might not be great at all, but her flexibility in changing herself shows how much she is capable of. 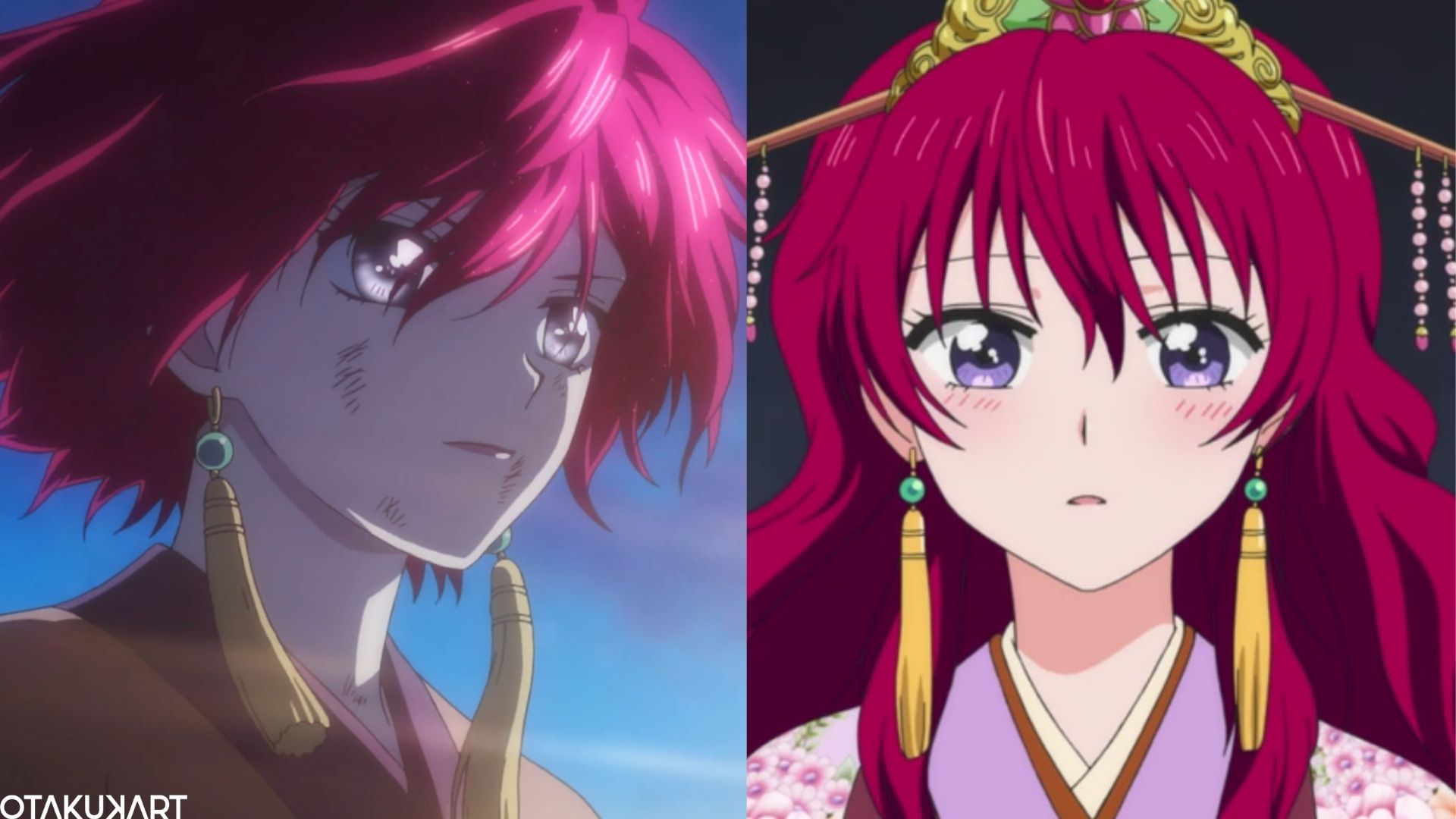 Princess Yona from Akatsuki no Yona

Characters with silver eyes are quite hard to understand. Much to our surprise, those characters are also the ones to suffer a bit of hardship. Noriko, from Kiznaiver, is someone whose emotions show up little to less. Her eyes speak for themselves as to how much pain she is in. Even though she may want to forget, she is holding her childhood memories a bit longer even after taking nullifying medicines. 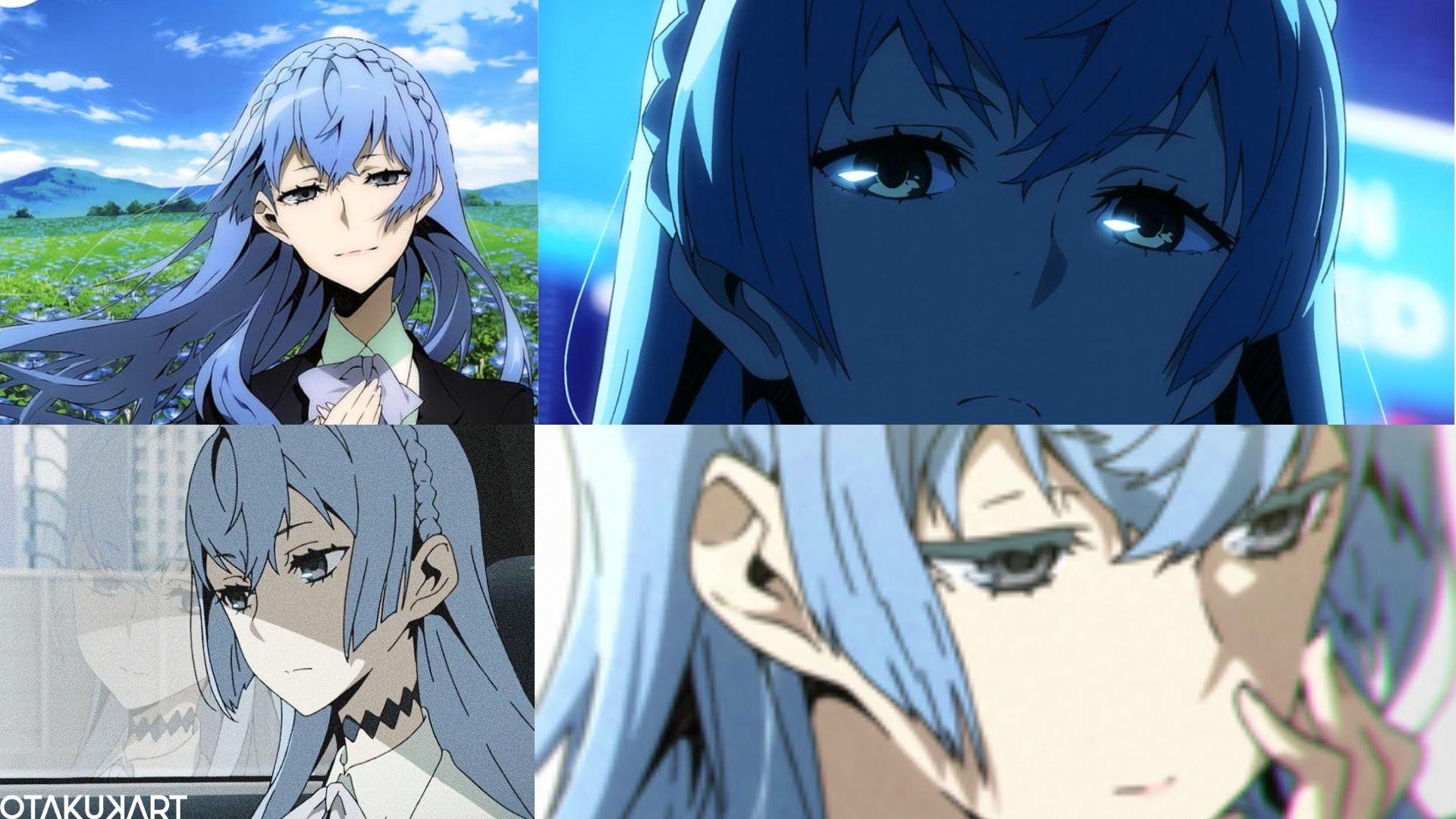 A girl who knows what she is doing. Not everyone can control their calculative actions. You need skills not to spill the beans. And guess what? Yumeko is such a character that is well aware of how to turn the tables in her favor. Most likely, she even likes to gamble. Gambling may be fun and all. But Yumeko actually likes to take higher risks and bets. She even enjoys such situations. 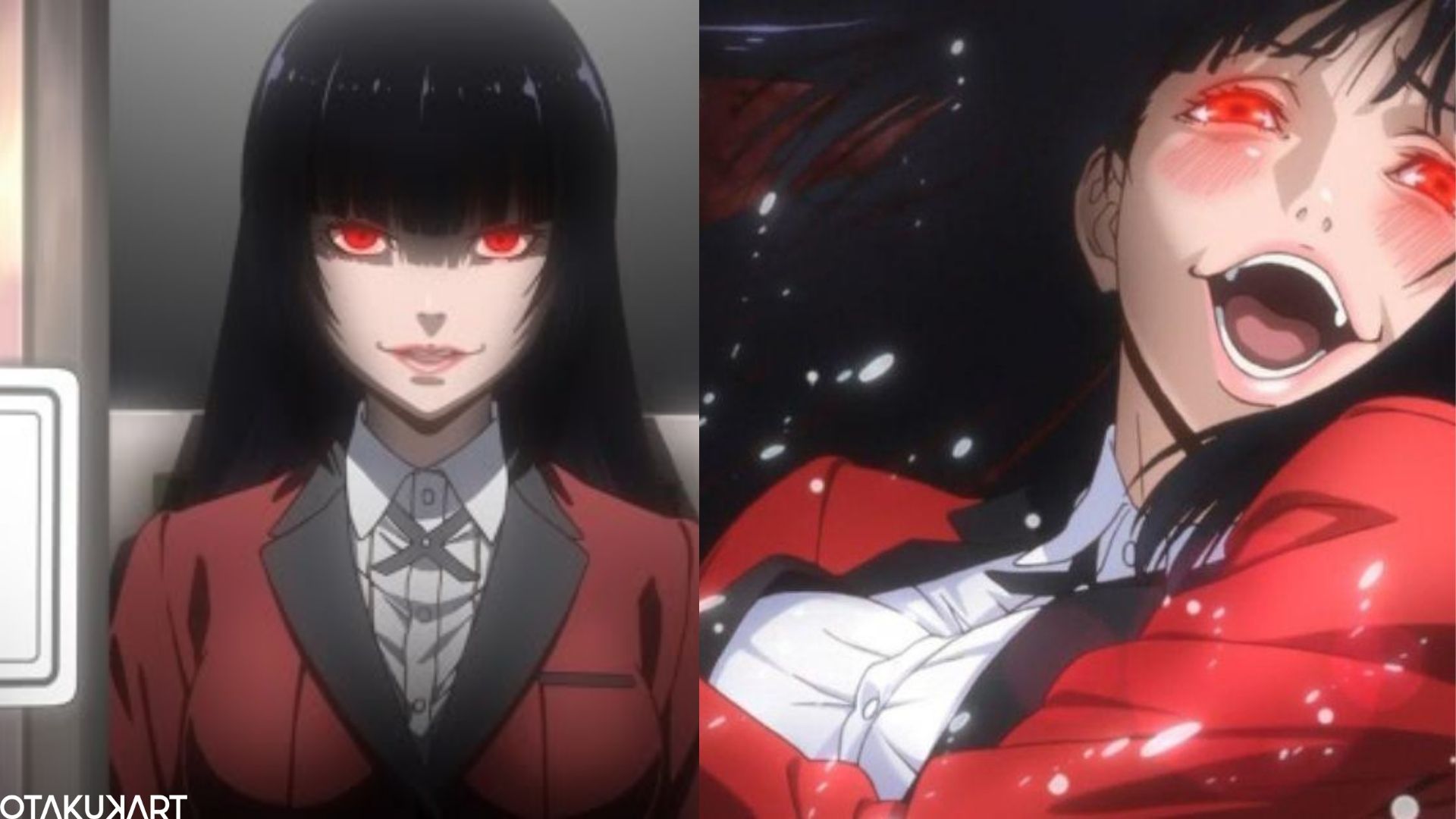 ‘A typical teenage girl who is trying her best to cope with life problems’ is what Chise’s eyes speak. Her character makes her hard to think about her well-being first. In order to be loved by any, Chise can even become a sacrificial lamb. Even though, Chise’s eyes are what makes her one of the fan-favorite and a character with beautiful deep red eyes. 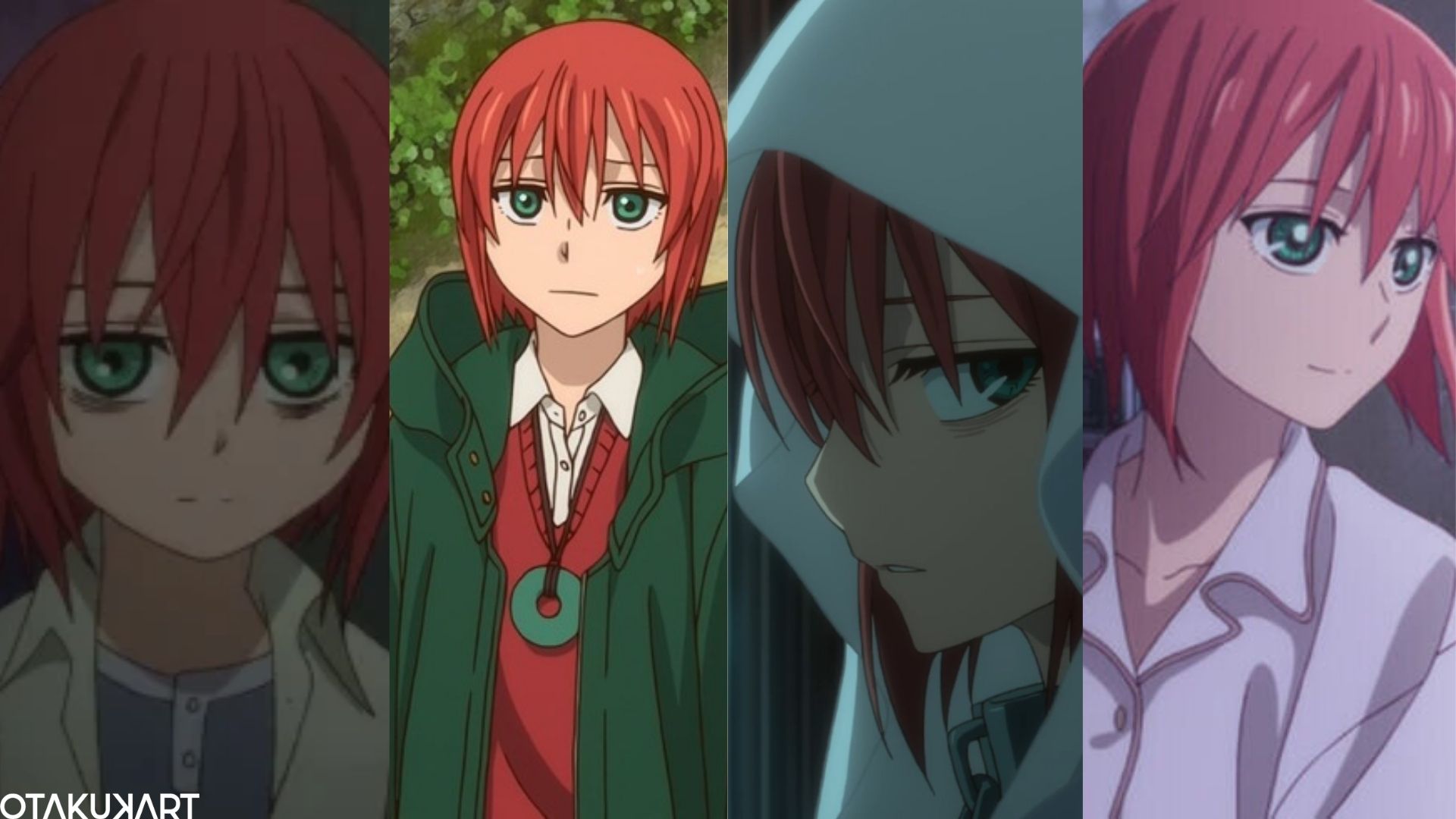 Kae’s sparkly eyes say she can go with the flow. Well, that’s a fact and her being an attractive Otaku is also a fact! Wanting to see some romance between men, Kae is approached by four boys and a girl even. Not being able to say ‘no’ to any, Kae even goes on a date with the four boys. As already mentioned, Kae will go with the flow. 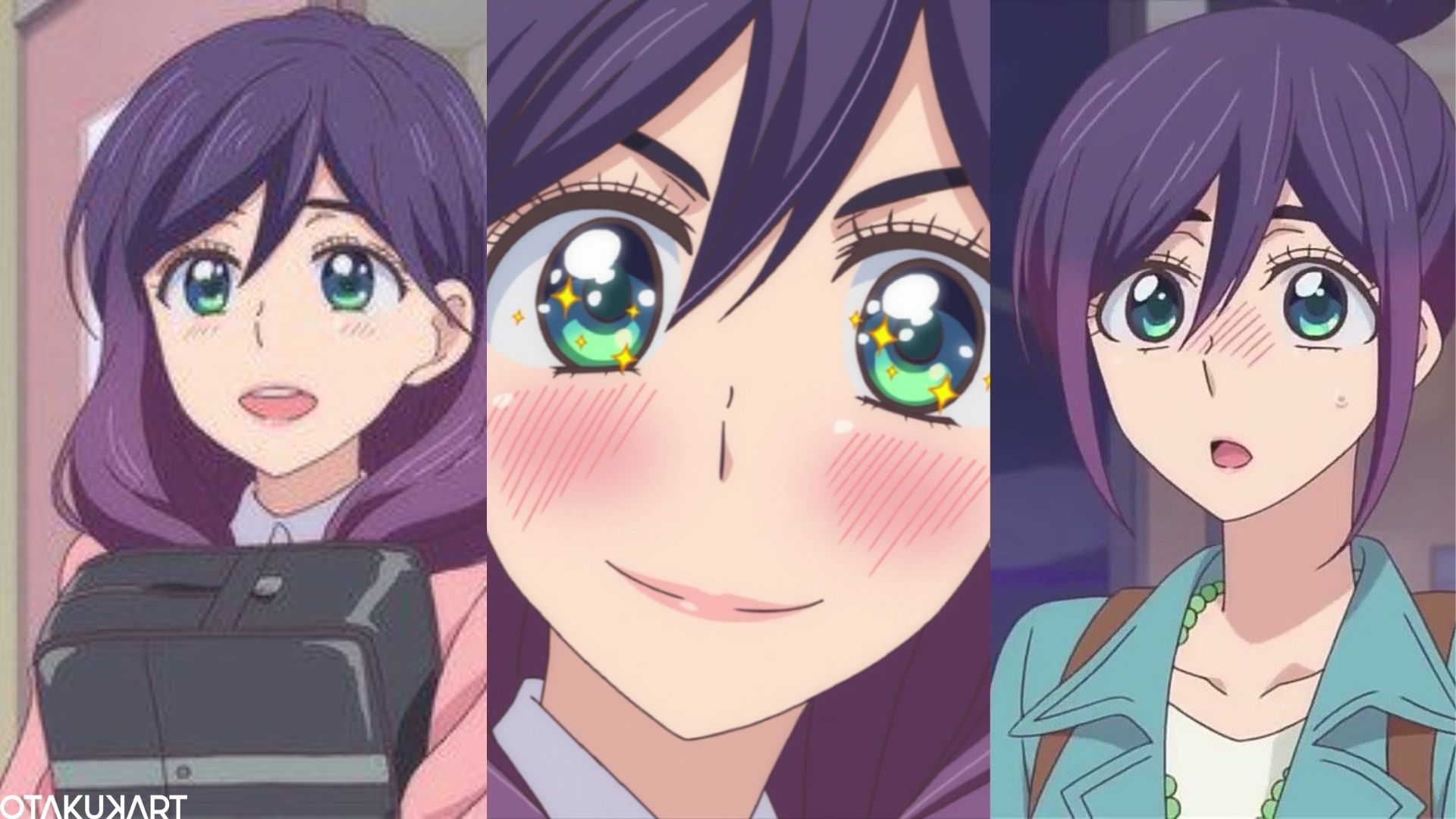 Kae Serinuma from Kiss Him, Not Me!

Someone curious like Chitanda has been able to captivate the audience with just her eyes. See, told you, eyes are important as well! Anyways, Chitanda’s eyes are a bit troublesome for Houtarou. Chitanda’s eyes speak like a child. The way a child gets excited to know more, Chitanda is the same. 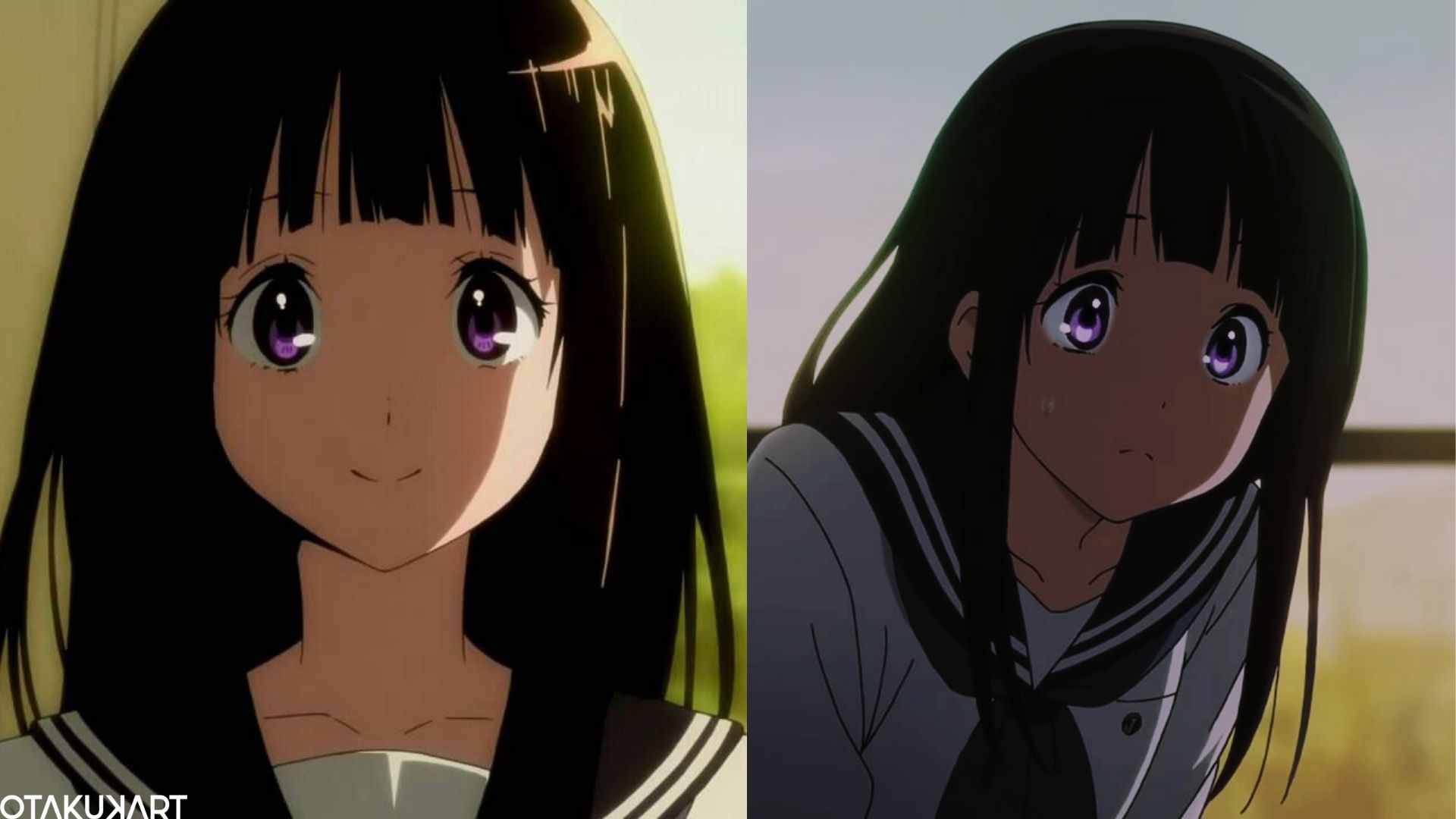 Her eyes are one of the most beautiful among the anime characters. Beholding the heavy feelings she has, Violet’s eyes are blue in color. Being unable to express any emotion doesn’t mean you had none to express! Her feelings, as has been suppressed, are as deep as her oceanic eyes. Even though she could understand only the word ‘kill’ for most of her life, she did want to understand other emotions as well. Violet’s eyes speak of those eyes whose life has been taken out and who now want to start afresh. 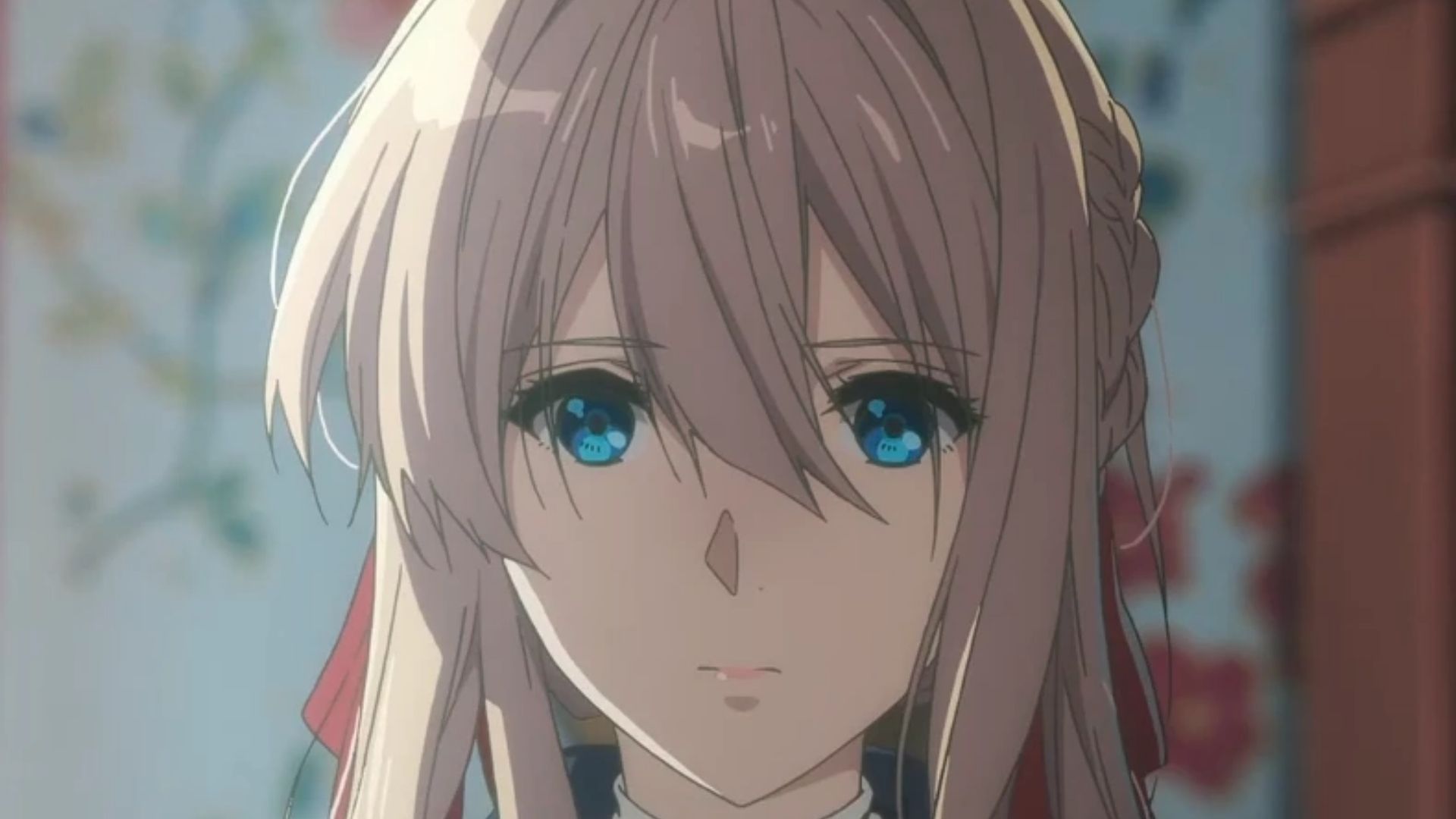 Killua as a brother. Killua as a friend. Or Killua as an assassin. Which Killua do you like the most? Certainly all of him? That’s Killua for you. Quite a genius, Killua is totally one of those who have the most interesting and beautiful eyes. Though his eye color is blue, sometimes they tend to have no life at all. Killua’s eyes are the truest form of his mood. When he is with Gon, he tends to lighten up and put his guard down a bit. When he is in assassin mode, his eyes feel as if they would be enough to pierce through the body. And when Killua plays with his sister, his eyes soften, and there is a longingness in them. Killua’s eyes are one of the features that make him a fan favorite. 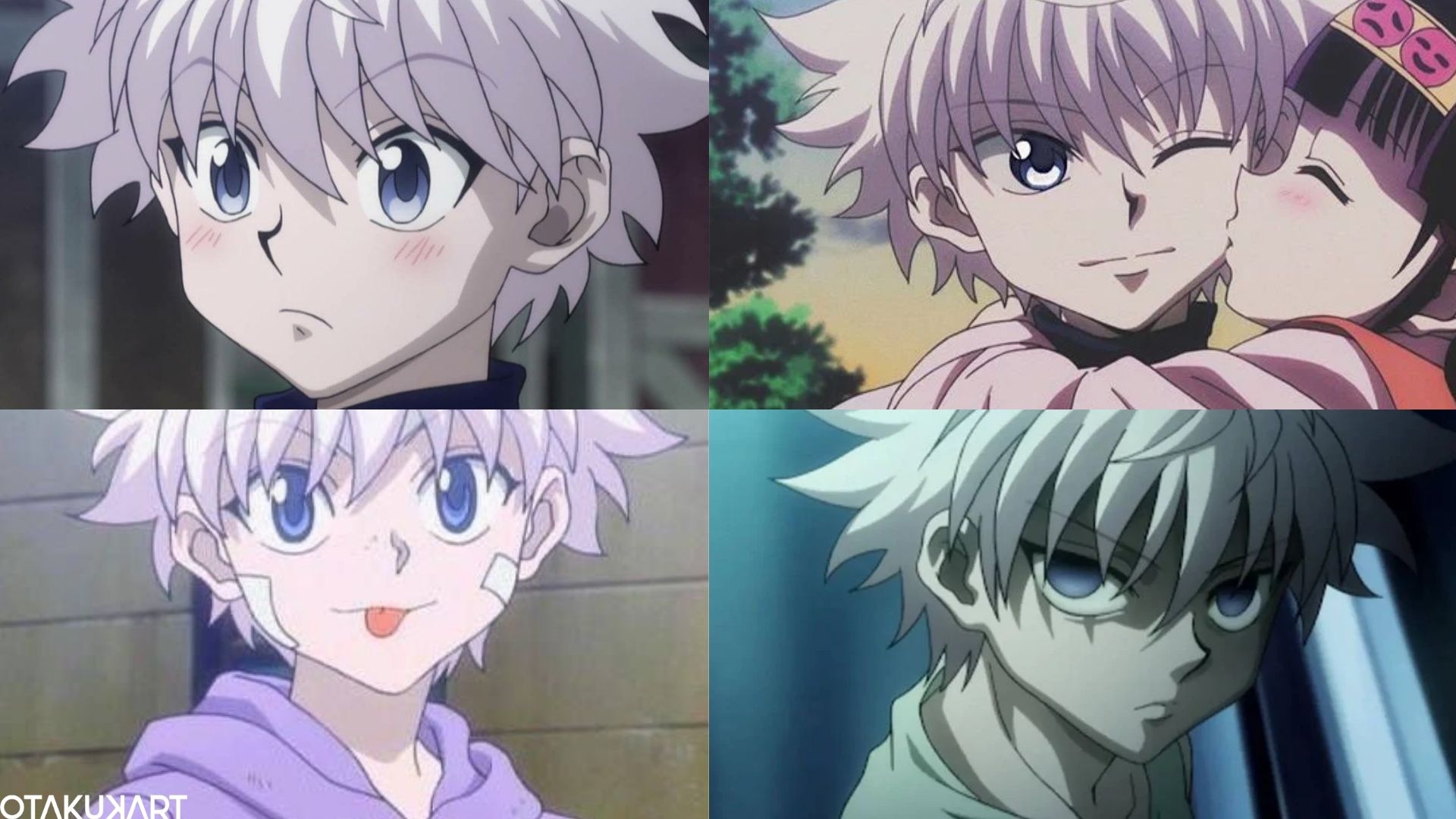 How tragic life has been for Eren to lose the shine in his eyes! While empathizing with him, Eren’s eyes were the prettiest when he was young, unknown of the cruel things. His eyes, during his training time, were of those when he wanted to defeat the Titans along with his friends. And in AOT final season, Eren’s eyes have gone dry. He cannot stray away from the path he has chosen. Might be one of the reasons why he is absolute in doing things and why fans could sympathize with him. 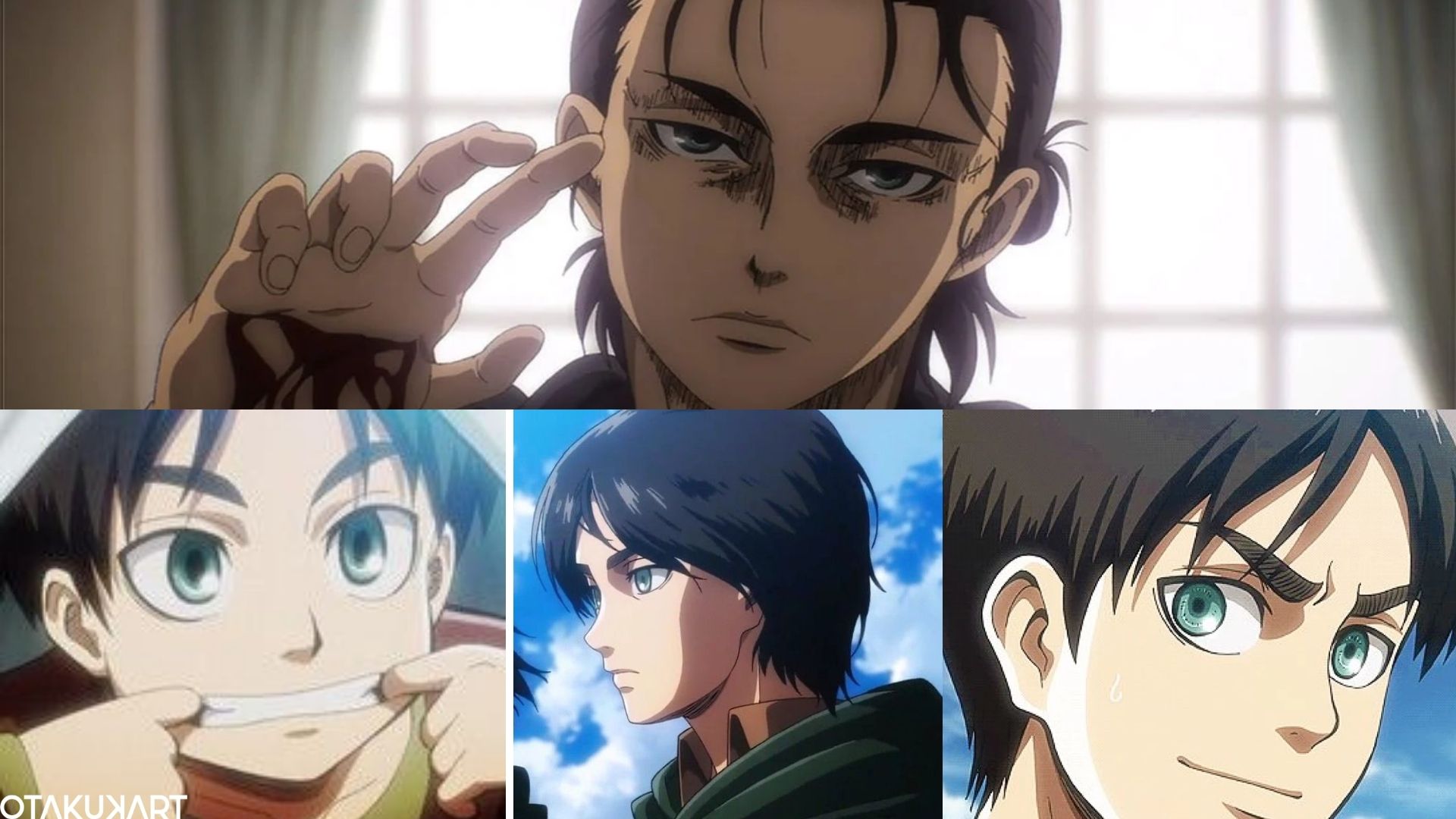 Eren Yeager from Attack on Titan

Eyes as beautiful as Gojo’s it is indeed hard to define. When he first appeared in the anime series, fans were drawn to his mysterious aura. And when the fans were adapting to Gojo’s mysterious look, with him wearing that black cloth to hide his eyes, he had to show his eyes. And the part where he slides that cloth off of his eyes is just so thrilling. His eyes have a sparkle in them, no doubt, but the moment he took the cloth off, you could tell that he, too is someone who had a tough time in the past. All this time, hiding his eyes behind that veil. 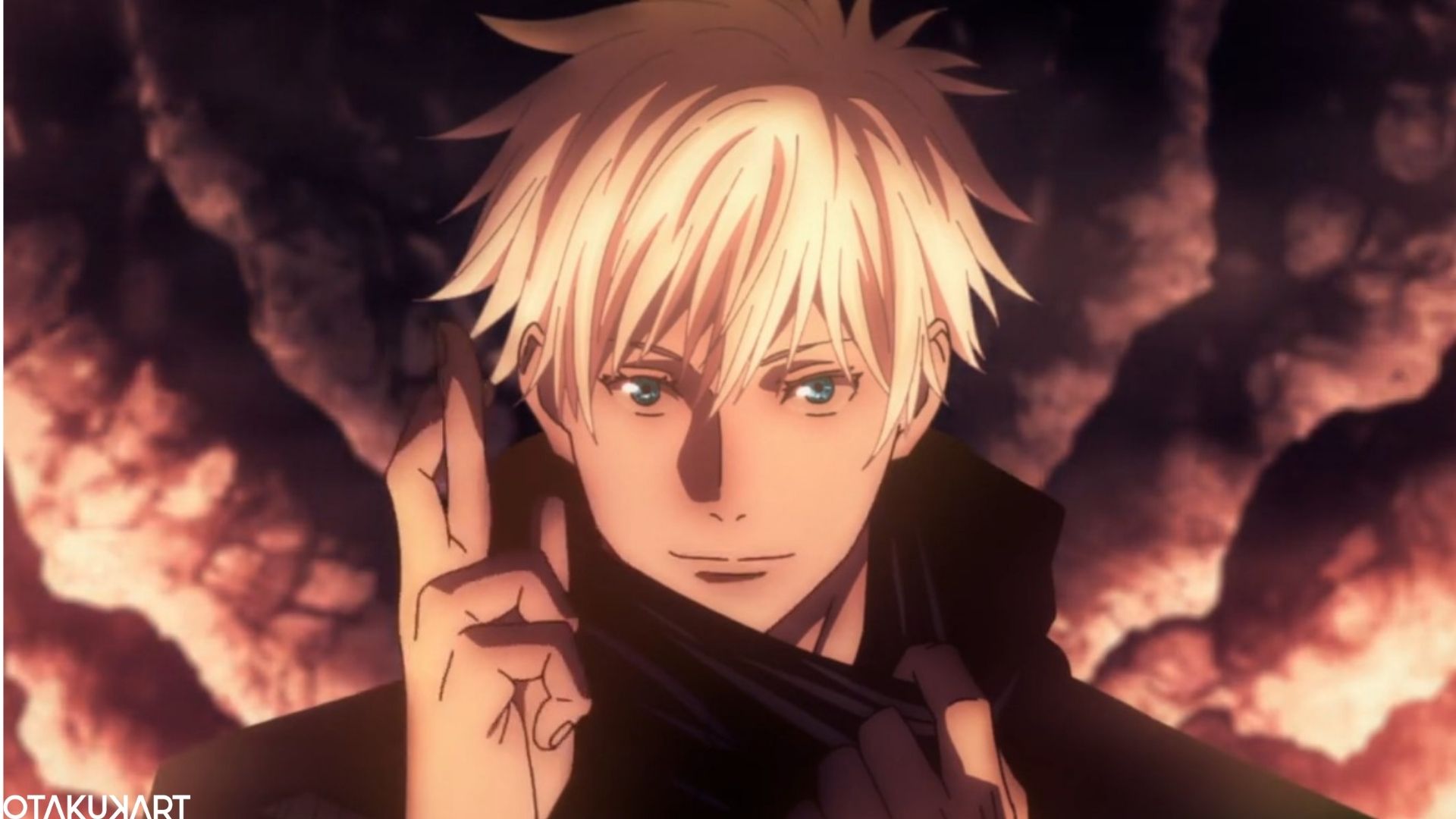