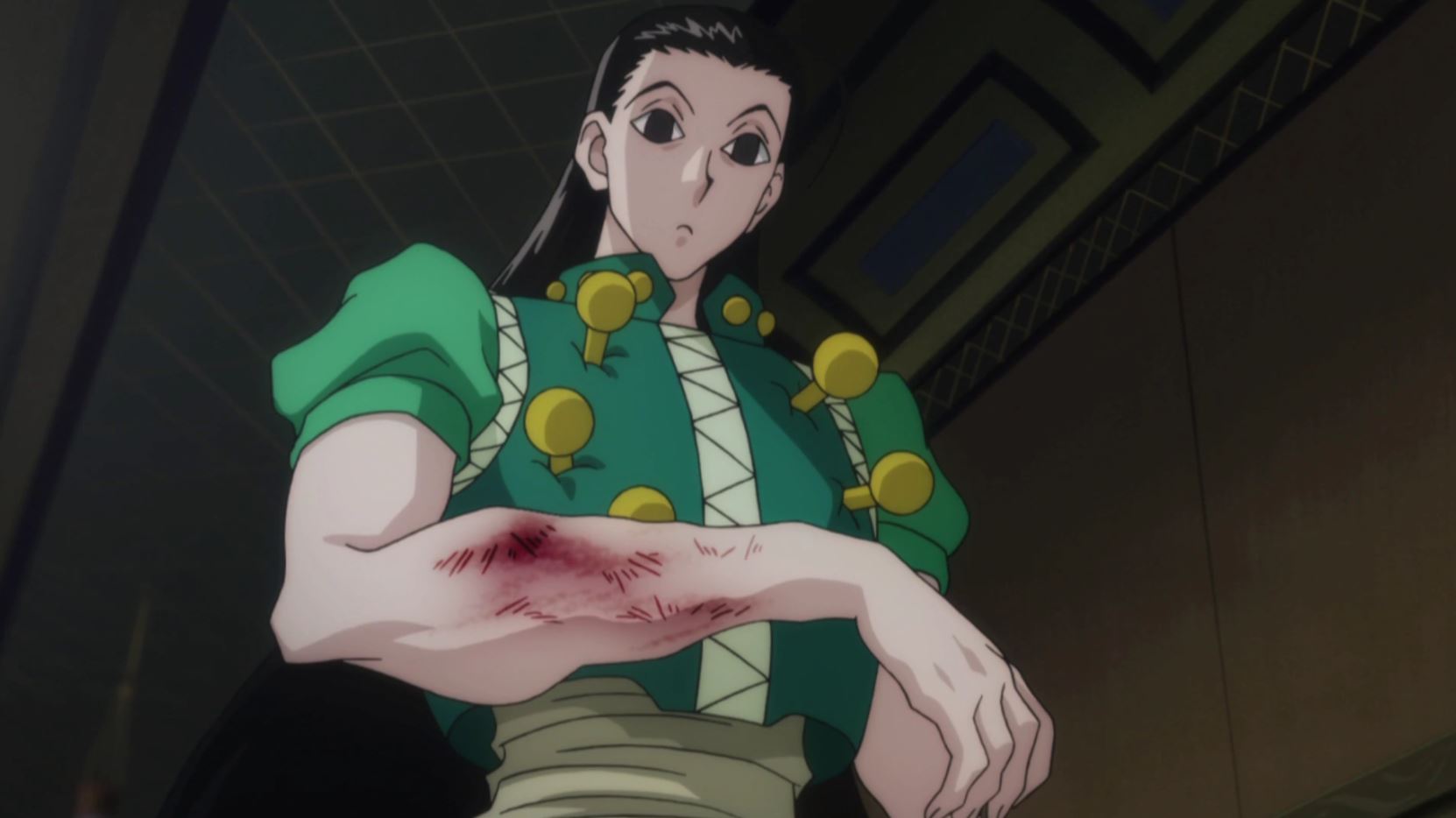 Illumi might look like your silent innocent neighbor, but he’s the most manipulative of the Zoldyck siblings. He is the firstborn of Silva and Kikyo Zoldyck. He was raised to be a professional killer, along with Killua. During the 287th Hunter Exam, he appeared under the disguise of Gittarackur in the anime, later revealing his real identity and manipulating his brother, Killua. He has a twisted character and loves to manipulate people for selfish reasons. Illumi doesn’t even leave his brother and manipulates him into thinking he should not fight the battle just because he didn’t have a chance to win. He is friends with Hisoka, but somehow they have a complicated relationship as well. So, here we have brought you some Illumi Facts that you might not have known.

Hunter x Hunter is a shonen anime whose manga is written and illustrated by Yoshihiro Togashi, and sadly we might not get more of the manga because the mangaka allegedly suffers from chronic pain. It features the life of Gon, who wants to become a famous hunter like his dad. He is quite enthusiastic and determined, just like Ash from Pokemon. He makes friends with Killua, who was originally trained to be a pro assassin, but he wants to be a hunter and joins Gon. This makes Illumi feel like his brother isn’t loyal to his family anymore. Illumi might seem expressionless, but he’s also quite twisted. He has thought about killing Gon and even his own sister Alluka! Let’s know a bit more about Illumi through some interesting facts!!

1. Illumi is devoid of most feelings

Illumi usually displays very little expression. He is quite selfish and only thinks about himself. He might be a narcissist who enjoys manipulating people for his good. He talks in a quite absent-minded tone, and it even sounds cheery despite how dark it might be! He can hypnotize people using his pupil-less eyes, and honestly, his actions might give you quite the shiver down your spine.

Illumi can easily manipulate people by placing a needle into the person’s brain. He can make them follow his orders. But there’s a catch! If the needle is removed, he won’t be able to control them anymore. Using this technique, he has made needle men on various occasions and used them to fulfill his own self-obsessed needs or his family’s orders. 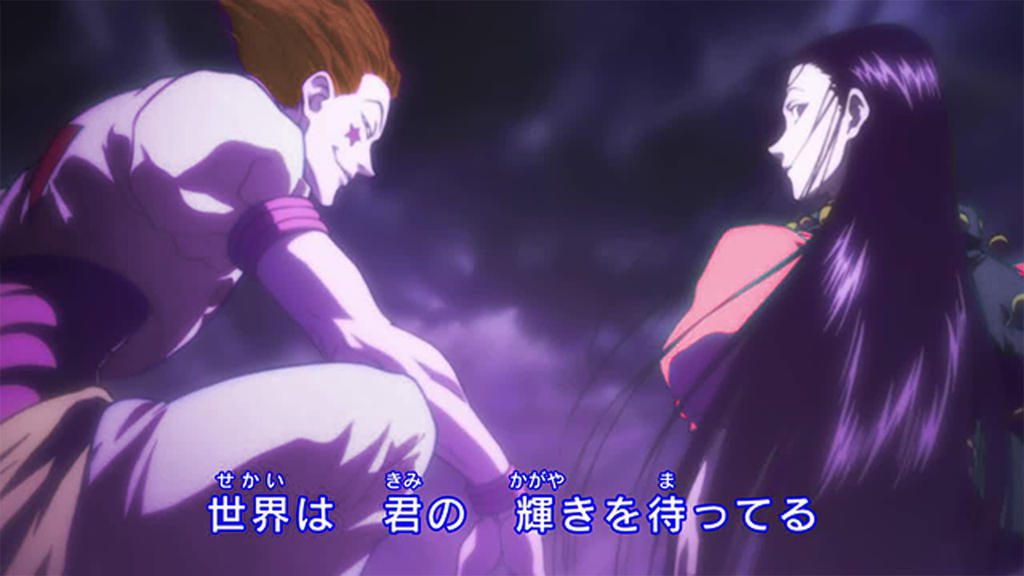 3. Illumi cares for his family in a twisted way

Illumi loves his younger brother Killua in a very twisted and overprotective form of love. This manifests to the point where Illumi used his Nen ability (needle technique) to control Killua and to ensure that he was obedient and following in his footsteps. Then Nen/Ren ability can make a common person easily crippled for life, but still, Illumi didn’t bother and used it on his brother, Killua. He and his father brainwashed Killua since his childhood that he could only obtain joy in causing the death of others. For protecting his little brother, Illumi had implanted a needle in Killua’s brain, forcing him to run from battles that he wasn’t sure he could win.

In one of the scenes during the election arc, Hisoka talked about killing Killua, which caused Illumi to be enraged about it before Hisoka could even say it was a joke. However, in the manga, things sounded way more pedophilic. Hisoka used the verb “to do,” which “suggested” sex or killing. This means it’s based on the context for the audience to interpret the meaning.

But SURPRISINGLY!! Hisoka provided the context by making a gesture with his hand indicating coitus. This hand gesture was kept in the anime, as well, but the “to do” verb wasn’t used. Therefore, we can conclude that Hisoka was saying he’d ra** Killua, which is why Illumi became angry. Hisoka is a pedophile who is attracted to Gon, as well as Killua in the series. So even though we might love his eccentricity, he is still “sexually attracted to children,” which is taboo.

Killua was influenced by his family, and Illumi had manipulated how he thought for years. The way Killua was brought up is honestly saddening. Illumi’s aura and manipulation convinced Killua that he was not worthy of friendship with Gon and others. When his opponent Gittarackur turned out to be his big brother, Illumi, Killua develops a crushing fear and questions his motives about becoming a hunter. Soon, Killua becomes paralyzed with fear when Illumi threatens to kill Gon. That’s when Killua desperately surrenders.

6. Illumi and Killua were raised to be assassins

Killua was trained to become a professional assassin by his older brother, Illumi. He was taught to engage in combat only when victory was certain, but Killua didn’t listen to Illumi or his father. Even though he was brought up this way, Killua didn’t like to hurt or kill people. That’s why he fled from home and started on his journey to becoming a hunter. 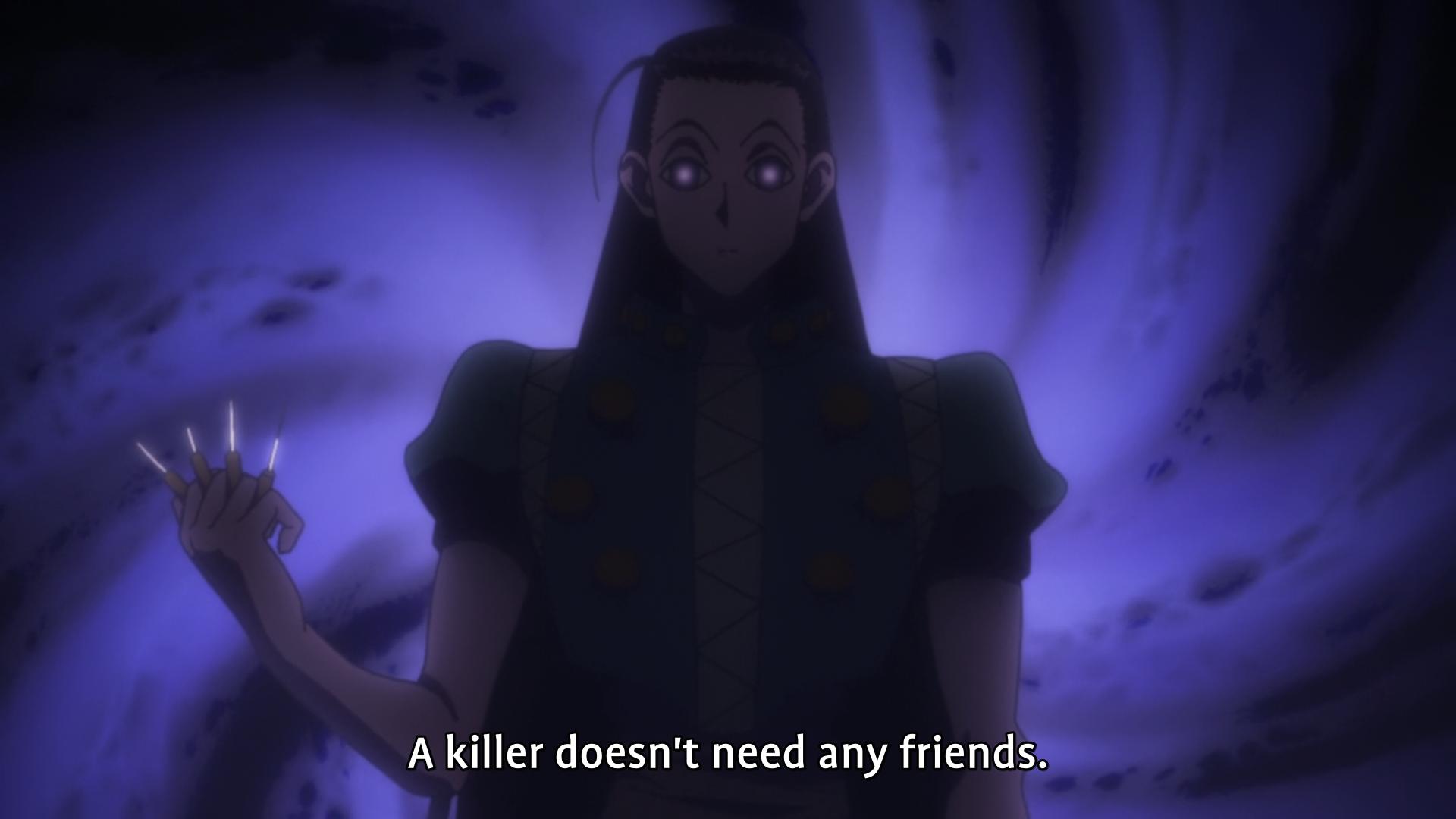 Illumi is radiating his aura to manipulate his younger brother, Killua

Illumi thought that Gon was dangerous for Killua and had been brainwashing Killua to be someone who he’s not. Illumi even suggested that it would be best if he killed him, which made Killua surrender from the match. However, Hisoka warned Illumi that Gon would only die by his hands. Illumi then declared that he did not have any intentions to harm Gon, and he was just testing Killua, which allowed him to conclude that Killua is not fit for making friends. He told Killua to go back home, which he silently followed without listening to anyone else. 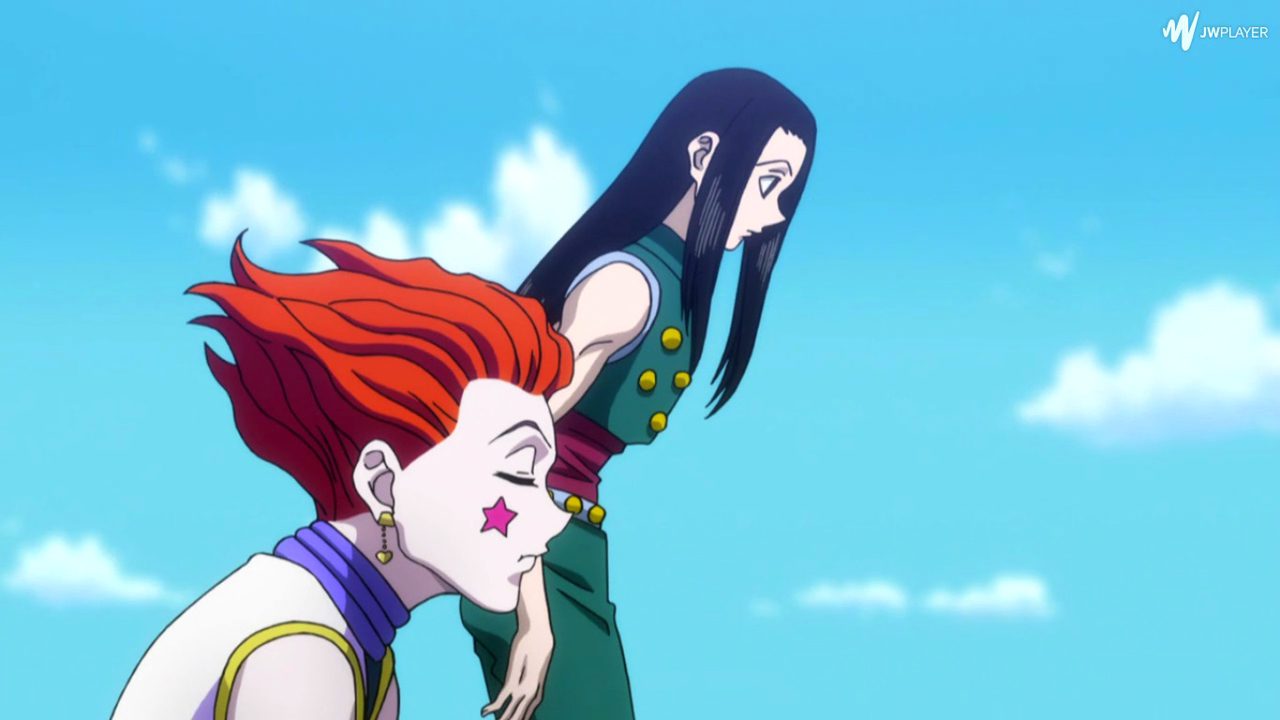 8. Illumi is not capable of being Killua’s brother

Illumi manipulated him into surrendering. He wants to control him one day, to be able to control Alluka. He even wants to kill Nanika! Killua even told Illumi that if he kept referring to Alluka as an object, he would disown him as his brother. He is not the big brother someone would ask for!

9. Illumi plants a needle on Killua to manipulate him

To keep Killua under his control, Illumi put a needle on Killua’s head, which always made Killua think that he was weaker than his enemy. This made him run away from the battles that he wasn’t certain he could win. He did this under Silva’s (Illumi and Killua’s mother’s) orders.

Illumi said that family members were not allowed to kill each other in an “inner mission,” this implied that he didn’t view Alluka or Nanika as a family member and wanted to kill her.

11. Illumi wishes to use Alluka’s powers

Illumi felt a huge power from Nanika’s powers, and he laughed to himself, saying that he wanted to have and control “it”. He approached the hospital by following Killua and Alluka. Upon reaching, he analyzed the rules of Alluka’s abilities. When Illumi arrived, he assured Killua that when he managed to control Alluka properly, he would guarantee some very minimum freedom for her instead of keeping her locked in a room all the time. Killua refused and told Illumi that he would be the one to protect her. Illumi became impatient and demanded that Killua should hand her over. Killua woke up Nanika and wished for Illumi to go home. This made Illumi crave to control Killua so that he could control Alluka’s ability. 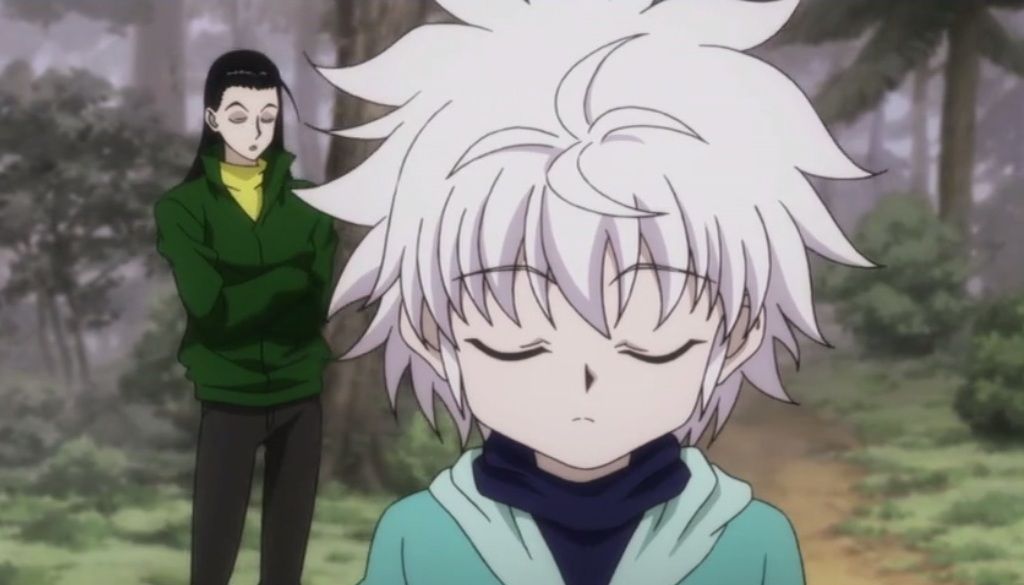 12. Illumi is a skilled Impersonator

Illumi often impersonates/disguises himself by changing his form and manipulating his looks using needles. He also mentioned that the process made him quite miserable for long hours. This helped him to look like others, but it also caused lots of pain to use this skill.

Illumi can manipulate deceased individuals and often uses them for his own self-absorbed needs. The victims can perform the memories which are stored in the implicit long-term memory, such as speaking and driving. They have no will or reflexes of their own, so they can be done easily.

Also Read: 8 Gon Freecss Facts From Hunter x Hunter That You May Know

14. Illumi has the immense pain tolerance

Illumi did not show any reaction when Gon broke his arm. Later, he still didn’t even express any distress from the pain. This suggests that he has a strong pain tolerance.

Illumi’s Nen abilities allowed him to change his physical appearance, control the dead, and his skills are a lot like Wei Wuxian’s, a character from Mo Dao Zu Shi anime.

16. Illumi has a mysterious aura

Illumi has this dark aura despite his coercive manipulation being rather cruel. He is very much capable of controlling dozens of targets at the same time by using needle people and corpses. 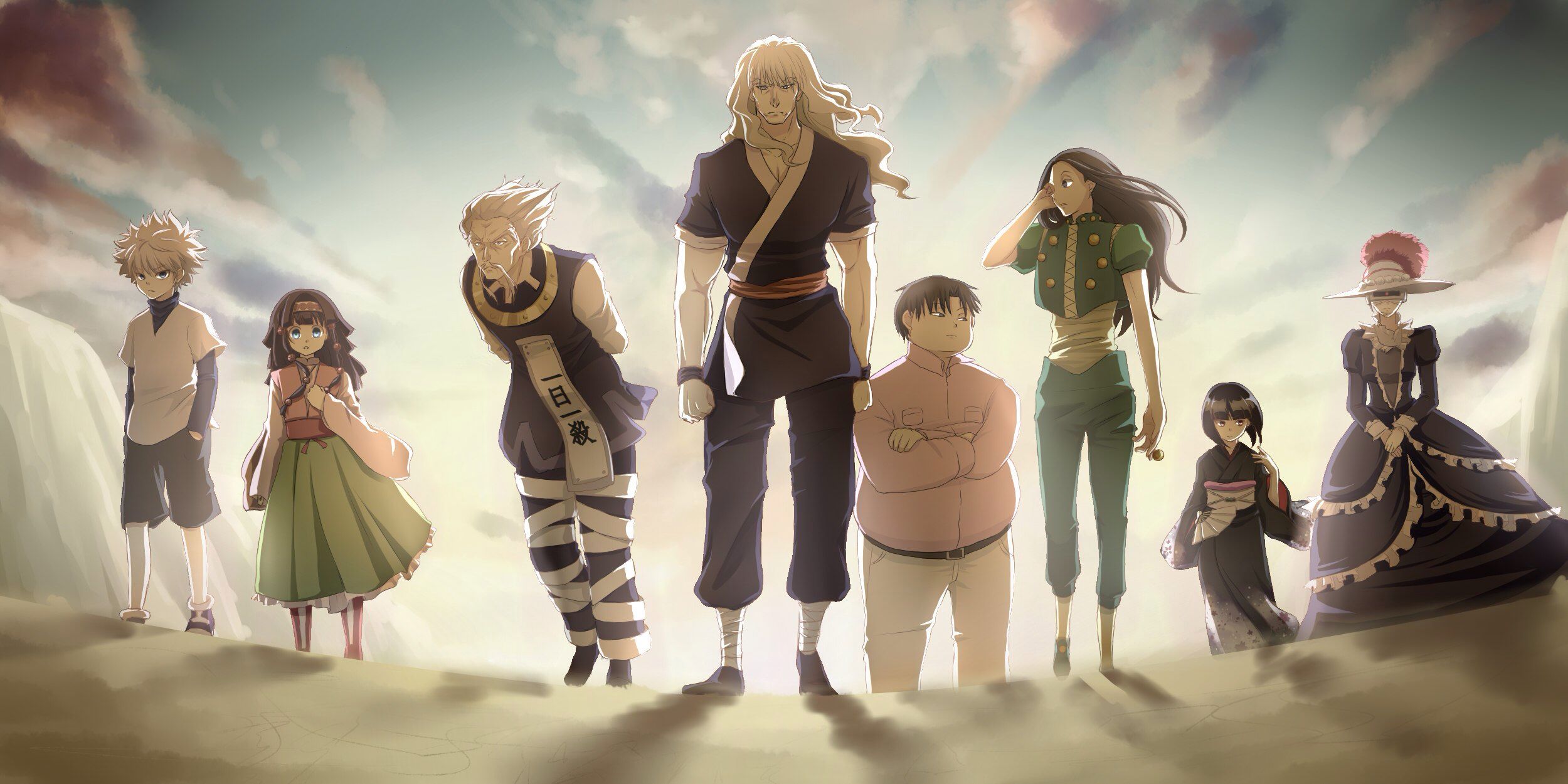 17. Illumi can alter his body

Illumi used his golden-colored large, round head needles, which he usually used to easily alter the shape of his own body and skin color. By removing the needles, he can easily revert back to his original appearance. According to him, the transformation was quite painful.

Also Read: 12 Best Anime Produced By Madhouse Of All Time That You Should Watch Right Now

18. Illumi x Hisoka: a ship among the fandom

Hisoka’s sexual attraction to Illumi wasn’t proven strongly, but he considered Illumi as an effective opponent on many occasions. There is a high chance that Hisoka is drawn to Illumi as well. 19. Illumi’s voice actor has worked in Code Geass and Alice to Zouroko

The Japanese voice actor of Illumi has portrayed as Kitou Koichi of Alice to Zouroko, Hyuuga Shin of Code Geass, and Kazumi Onimiya in Cardfight!! Vanguard G: Next.

20. Illumi was Uvojin’s replacement in the Phantom Troupe

When Uvojin passed away, the Phantom Troup was in need of a replacement. So when Hisoka asked Illumi for joining the troupe, he agreed and joined the crew alongside Hisoka.

Therefore, Illumi is one of the strongest antagonists in Hunter x Hunter, yet he’s quite the evil weirdo who manipulates people for selfish reasons. He loves his family in some very twisted way and gets along with Hisoka. One of his goals is to bring Killua back to his family and control Alluka through Killua. Even though he is evil, he is great as a villain who will give you goosebumps, and his empty eyes might hypnotize the fandom into loving him forever.