Let’s talk about Skeleton Knight in Another World Episode 13 Release Date. All Isekai anime have an entrancing attraction that makes us lose ourselves in it. ‘Skeleton Knight in Another World’ is an Isekai that will show you what it is like to live in a virtual world. Despite the fact that we’ve watched quite a bit of Isekai anime, it seems that we can’t get enough of it. The more we watch, the more we want to watch.No matter how similar the plots are, we can’t seem to stop watching them.

There has been a series of online novels serialized on Shōsetsuka ni Narō since October 2014. Overlap published ten volumes through its Overlap Novels imprint since June 2015. let’s talk about episode 12 episode 12 is titled “I Will Slay the Evil of this World”. The focus of this episode is the fight between Arc and the Country Destroyer Monster, and Arc will not find it an easy task to slay this monster as it is a Hydra, which will be rather difficult for Arc to beat considering that a Hydra’s head re-grows after being severed.

In episode 12, we will see Ariane’s fight with Chiyome and Fumba. in this episode we only get a few glimpses into Fumba’s past, what we learn changes not only how we think of him as a character, but also how he fits into the overall plot. Fumba has been playing a stereotypical psychopathic thug. He defies authority, brainwashes and rapes women, and murders people without hesitation. It’s simple to despise him, and his villainy is completely expendable. However, the problem underlying his arrogance is one that our heroine is all too familiar with.

Interestingly, Fumba is a twisted reflection of Ariane. Both her and Fumba are from insular cultures, both are exceptionally talented, and both are desperate for approval from the people they respect. However, this is where the two diverge. Despite his inferiority complex, Fumba rebelled in an unhealthful way. He came to believe that he was so extraordinary that his elders were jealous, which was why they wouldn’t recognize him. Inflating his ego, he became obsessed with beating down those who looked down on him, especially those who regarded him as inferior. 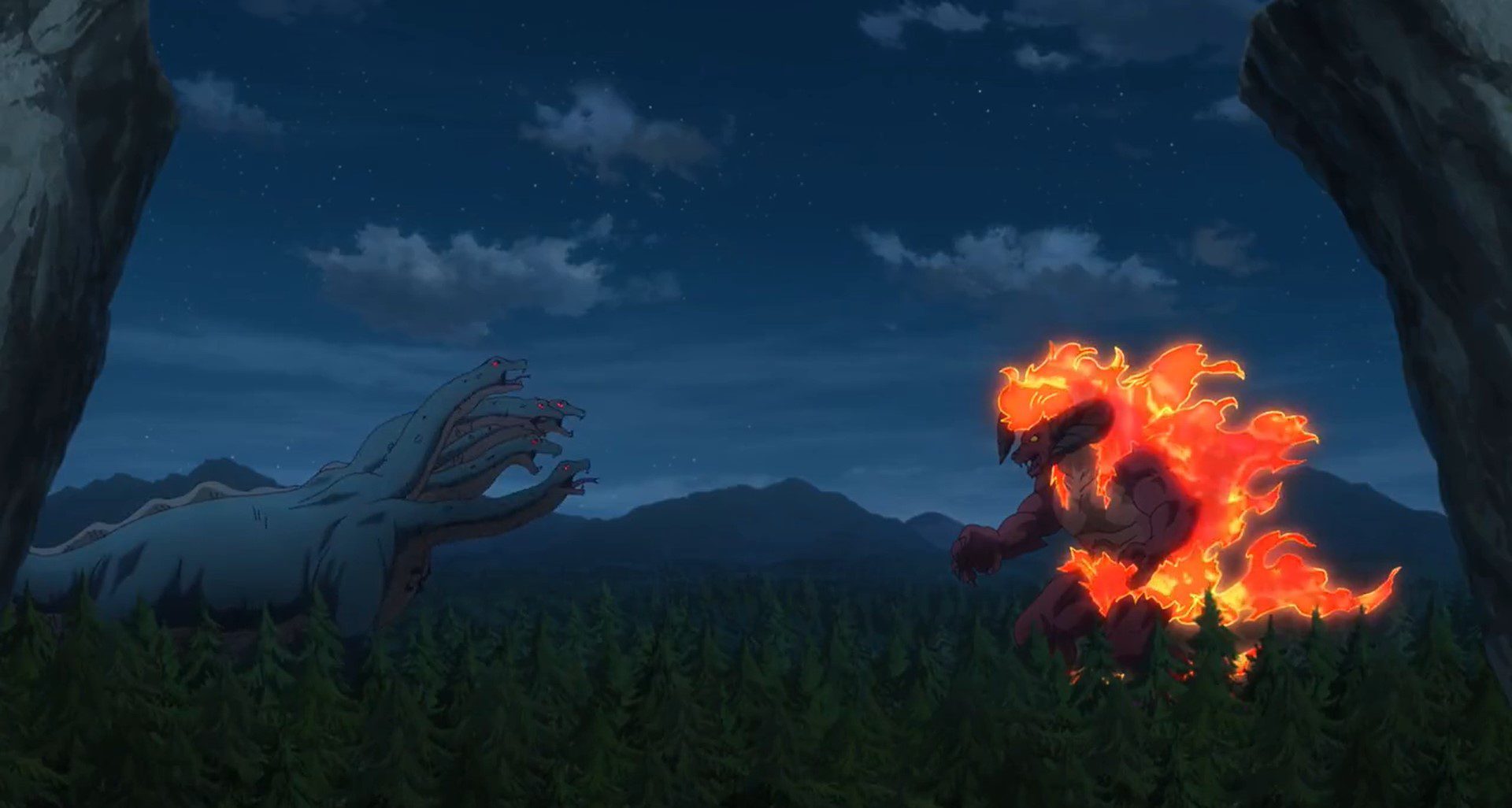 Skeleton Knight in Another World Episode 12

Ariana, on the other hand, was suffering in the shadow cast by her sister and mother. Despite everything she had accomplished, she felt insignificant compared to them. But then she met Arc, a man of incredible power who shared her opinion of her. Despite being constantly exposed to the worst of humanity, he was able to demonstrate to her that humans were not all bad. His very existence called into question the worldview she had created for herself. He not only made her feel important, but he also demonstrated that humanity wasn’t all bad. Arc’s example has influenced her life. She now realizes that anyone can be a hero. All they have to do is open their hearts and see others’ needs. 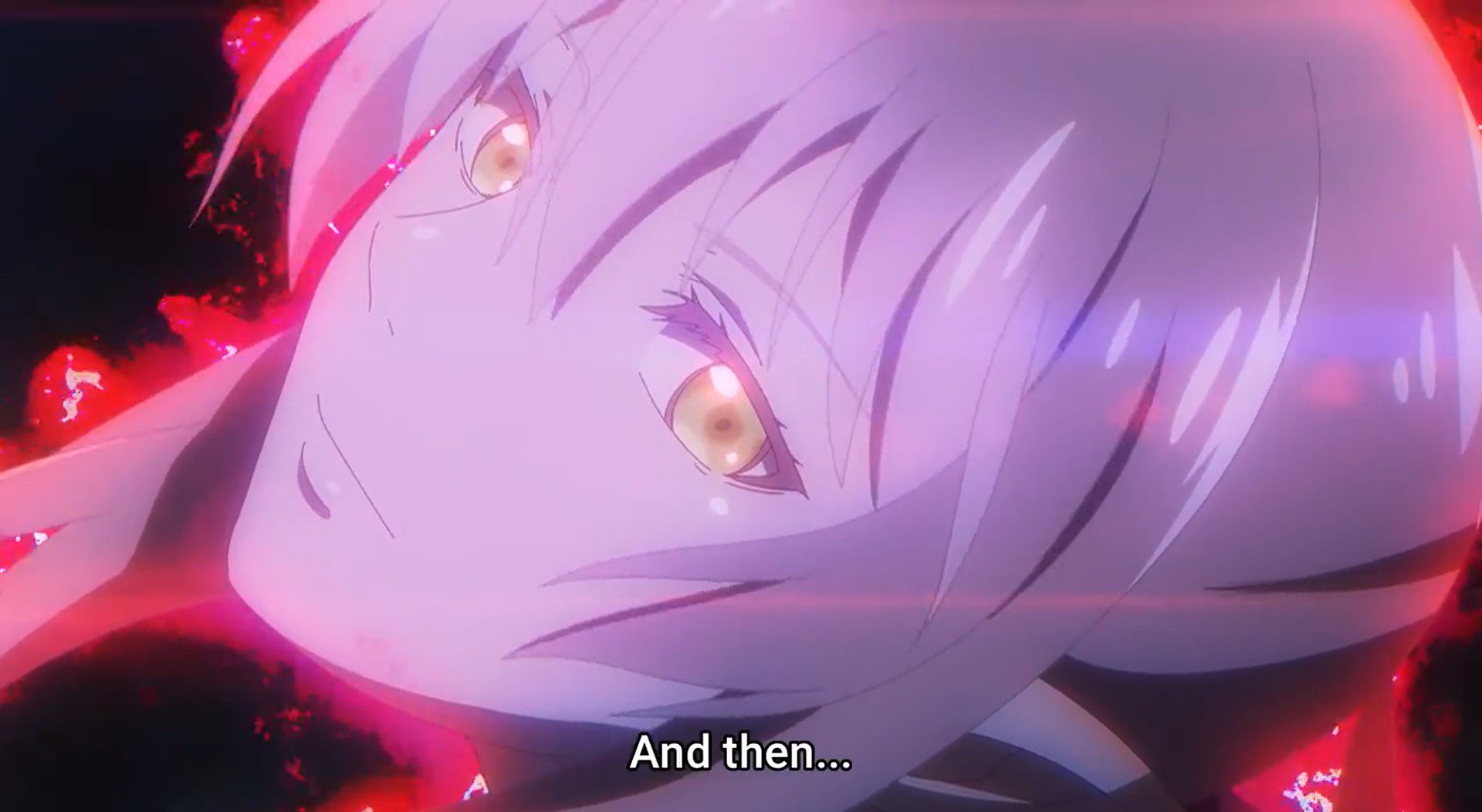 Ariana From Skeleton Knight in Another World

Despite not knowing Fumba’s history, Ariane easily sees in him how she might have turned out if it weren’t for Arc-a person striving for physical strength but lacking integrity. With that strength gained through her adventures with Arc, now she can see just how pathetic Fumba is. She is aware that he is a coward at heart and will fight accordingly. This makes it an easy victory for her-especially since Ariane has Chiyome as her true ally, while Fumba has none thanks to his twisted personality.

The conclusion to Ariane’s arc dramatically elevates this final episode by making it more of a character piece than a climactic action sequence. This episode works as a perfect end to the series in general, highlighting both Arc’s and her stories. In total, this episode makes a perfect end to a surprisingly entertaining series.

You can watch Skeleton Knight in Another World are now available on Crunchyroll for fans in the Americas, Canada, Mexico, and Brazil. Southeast Asians can watch it on YouTube via the Muse Asia channel.