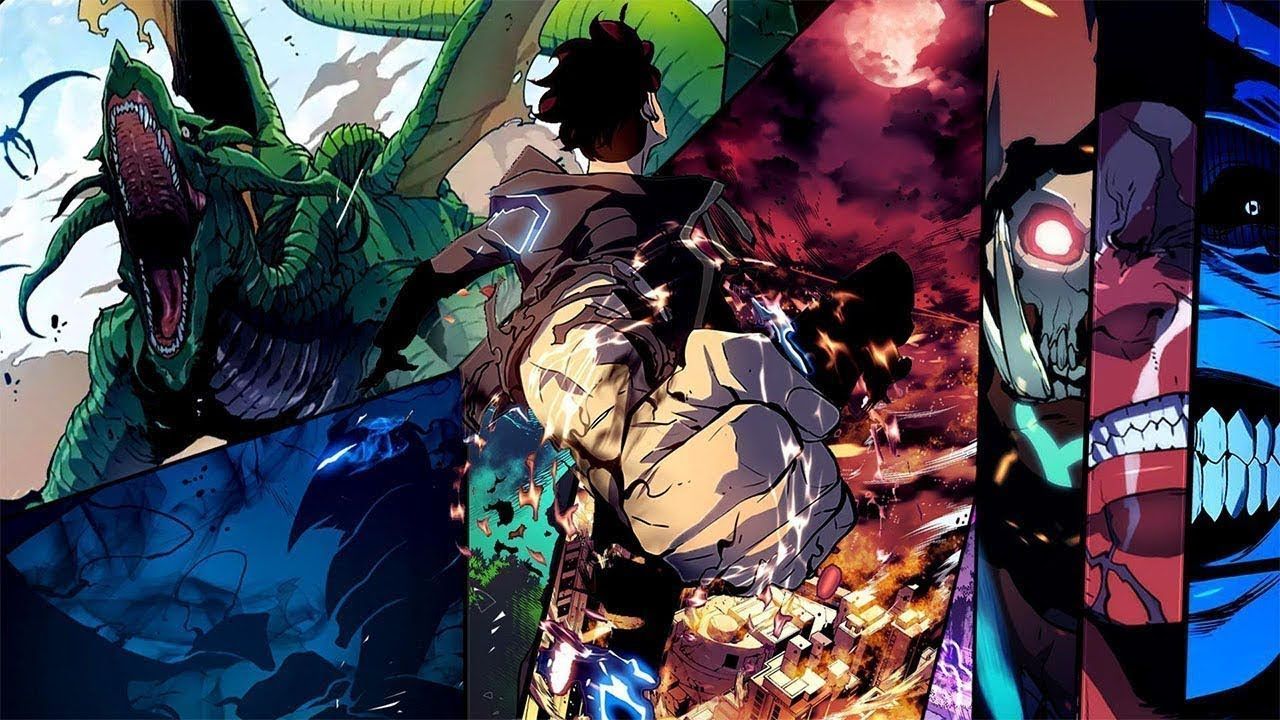 The Korean name for comic series and print cartoons is manhwa. Manhwa refers to South Korean comics. Manhwa is a popular form of South Korean culture that has spread to a number of other nations. Today’s main attraction will be: 15 Best Fantasy Manhwa To Read Right Now.

Sometimes people mistake manga and manhwa for the same thing. There are many differences between the two. In manhwa, intricate details matter a lot. Their bodies are mostly realistically proportionate. However, their faces or heads are not. Manhwa is known for its ability to deliver a lot. Even with lesser dialogue.

These are gaining popularity with great speed. At first, it was exclusive to mostly South Korea. However, now it has conquered territories in the outside world too. Manga and Manhwa are in a race right now. It seems like two twins fighting to get to the top first. Manhwa’s fanbase is growing day by day. So is the case with Mangas. It is just a matter of time before they will be everywhere

Like Mangas, Manhwa’s have different genres too. All of these are loved by people. However, Fantasy Manhwas are the cherry over the cake. People are crazy about this genre just like all the girls were about Sasuke. 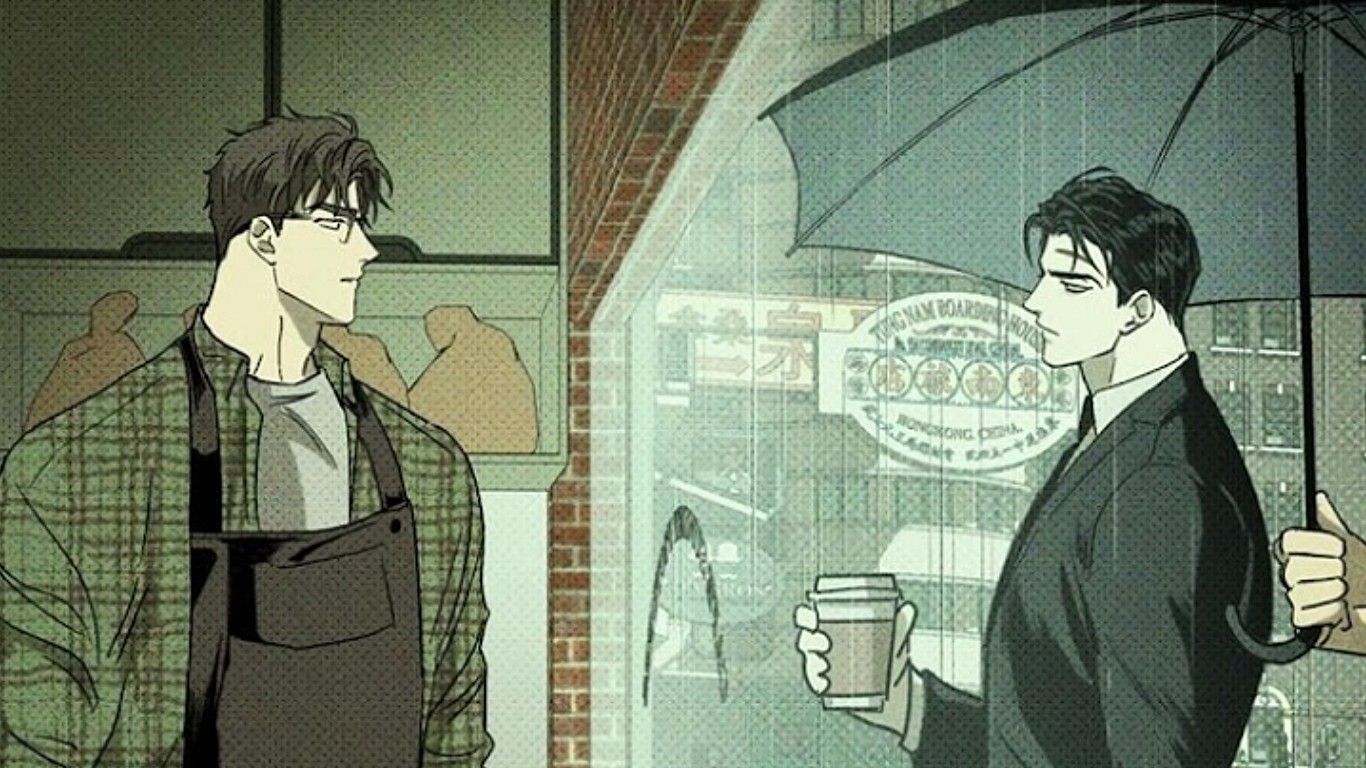 Under the Greenlight
Manhwa

There are many amazing fantasy manhwas to read but some of them are just extraordinary. Today we will list the 15 Best Fantasy Manhwa to read. So, get yourself ready for the journey. Who knows maybe you find your favorite one.

The plot revolves around obstinate characters with distinct personalities and occasional awkwardness. Noah’s relationship with his family is fraught with difficulties at every turn. The story is still relatively new, but there are several chapters to keep an eye out for explanations and plot twists. It is set in a post-apocalyptic world where people have extraordinary abilities and most of them turn into zombies. If “Ginny and Georgia” and “All of us are Dead” ever have a child it will be this. 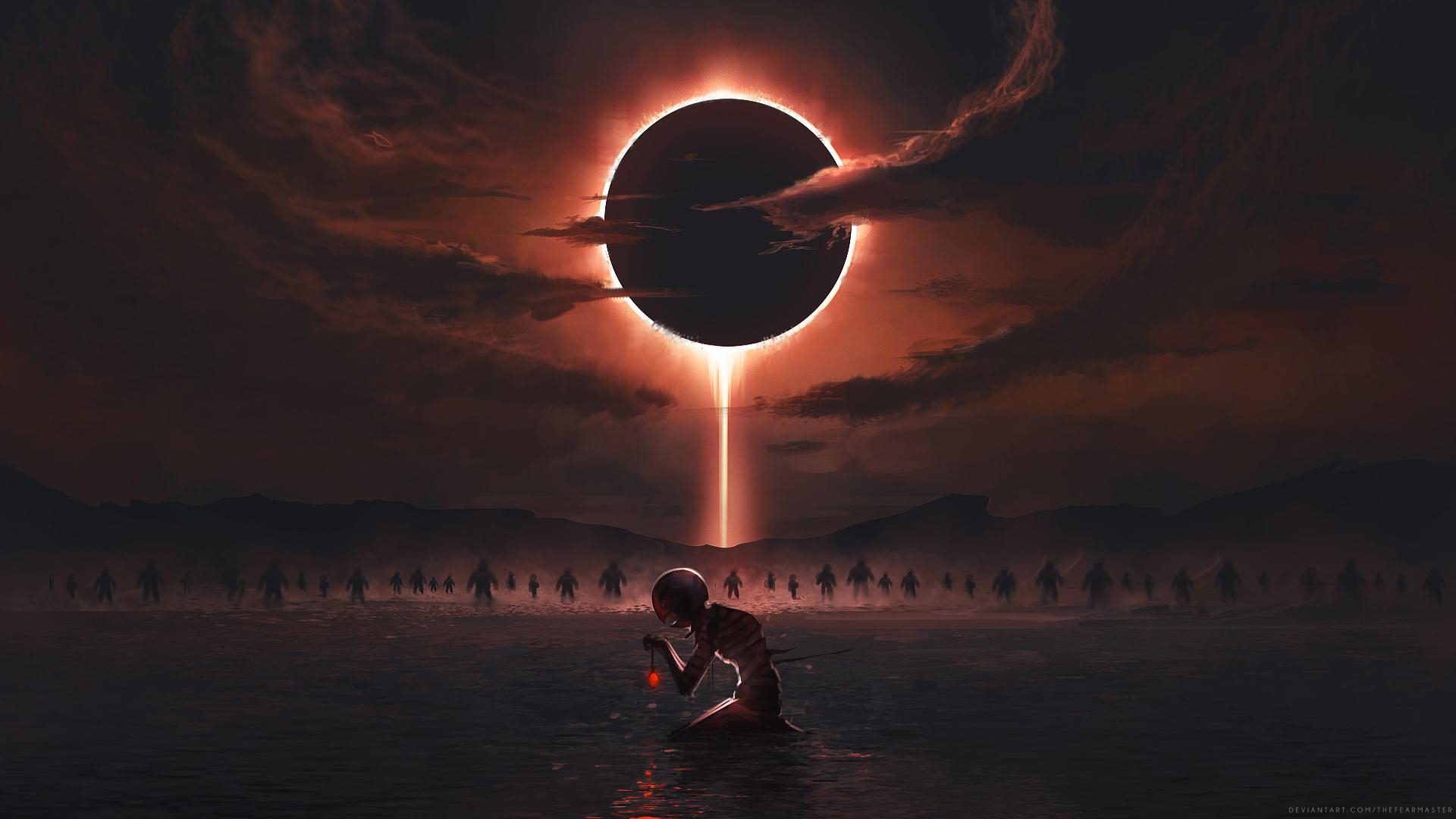 This is a charming and story-driven novel. It deals with surprises and revelations strewn throughout the plot. The art is fantastic. The character growth and the personal growth are fantastic. Lumine is an exceptionally rare werewolf, with only weredogs being more prevalent. Despite his diminutive size, one hardly pays attention to him. Werewolves and weredogs both have human forms with protruding ears and tails. However, they can transform into their wild forms at any time. 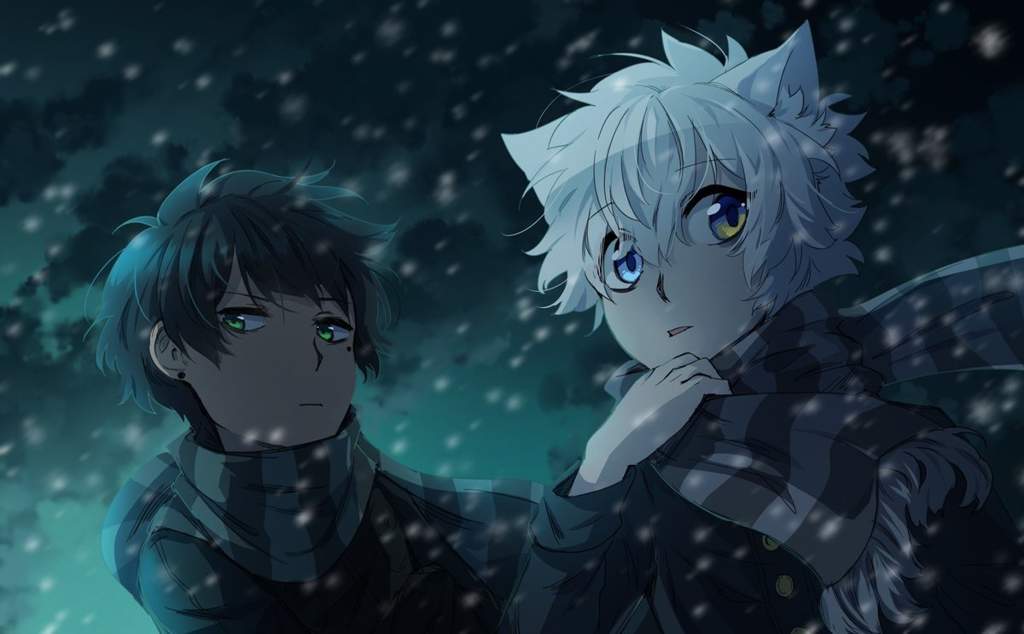 This novel is perfect for anyone who misses the Harry Potter realm or its surroundings.  The world of witches, wizards, and witchcraft might make you nostalgic. A narrative that appeals to people of all ages. Hooky is a story about two children who miss the bus to their mystical school and go on adventures while attempting to conceal the truth from their parents. One action led to another, and before they know it, they’re unraveling riddles and discovering the lies they’ve been told. 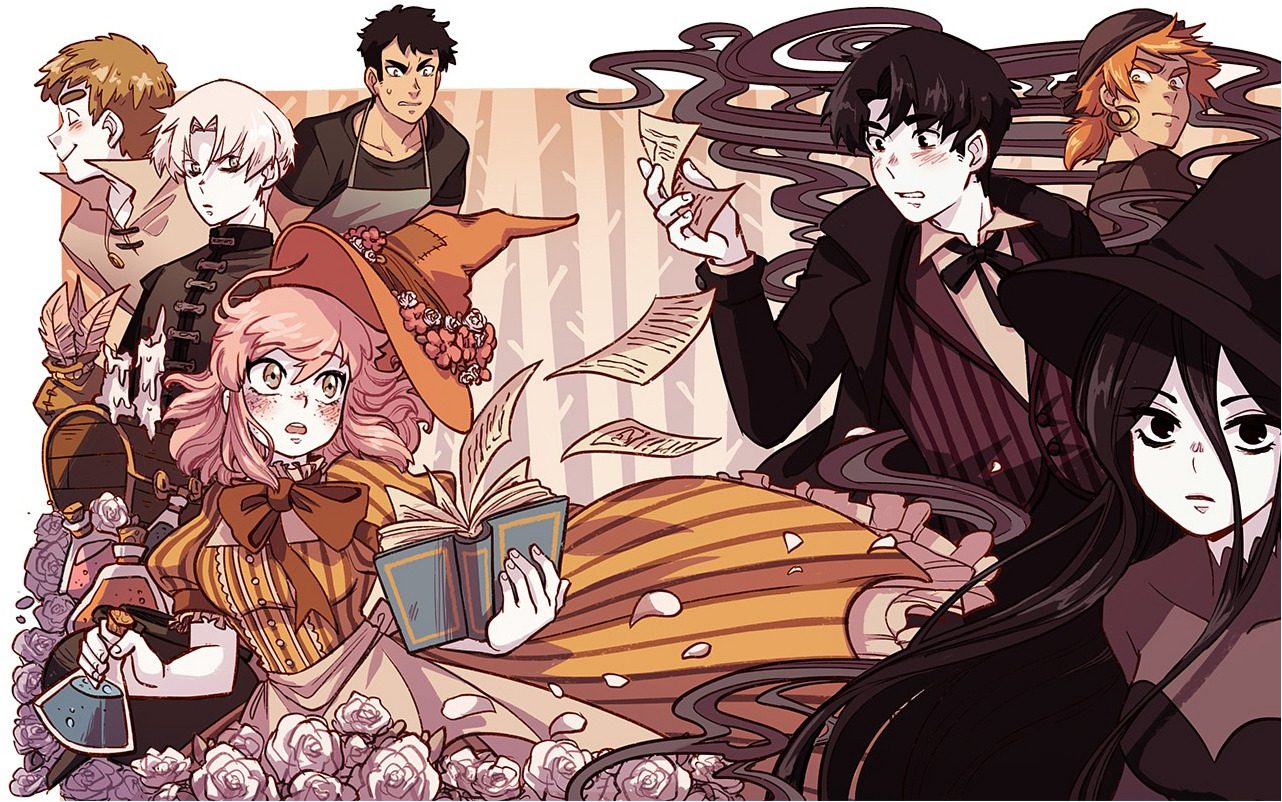 The artwork is lovely and light-colored. Emma and Ryan are ‘THE’ couple who were intended for each other. Other characters’ friendships and intertwining ties are fascinating.  You will be amused by Emma’s wit and beautiful naivety. This is among the most family-friendly romance-fantasy. The plot’s simplicity prevents it from succumbing to the standard romance genre clichés. 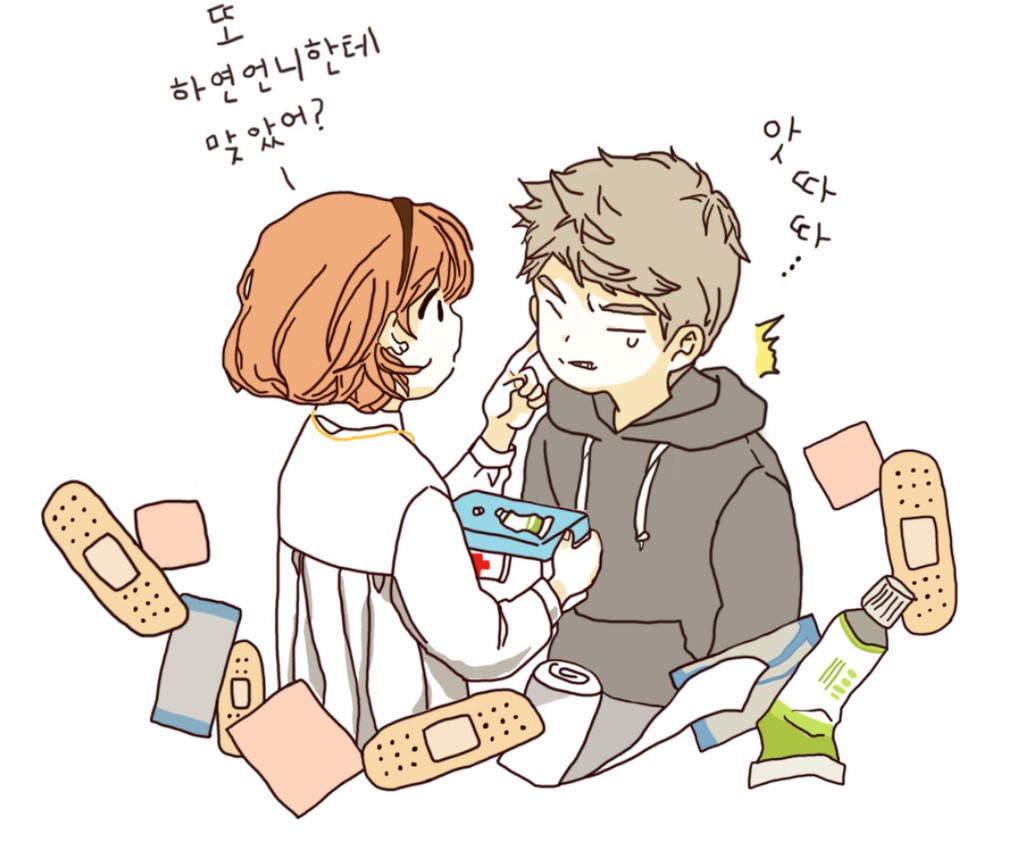 Mr. Lee, Hana’s father, adopts Haru, a werewolf. Hana has always had a close relationship with Haru. Mr. Lee is a werewolf rights activist who serves as an ambassador. However, werewolves get the ability to attend schools, things take a serious turn. The plot broadens as nuances and character development are added. However, they can stay in their human form. Werewolves’ submission helps people protect themselves against powerful monsters. It is easy to see how people prejudice against werewolves in everyday life. 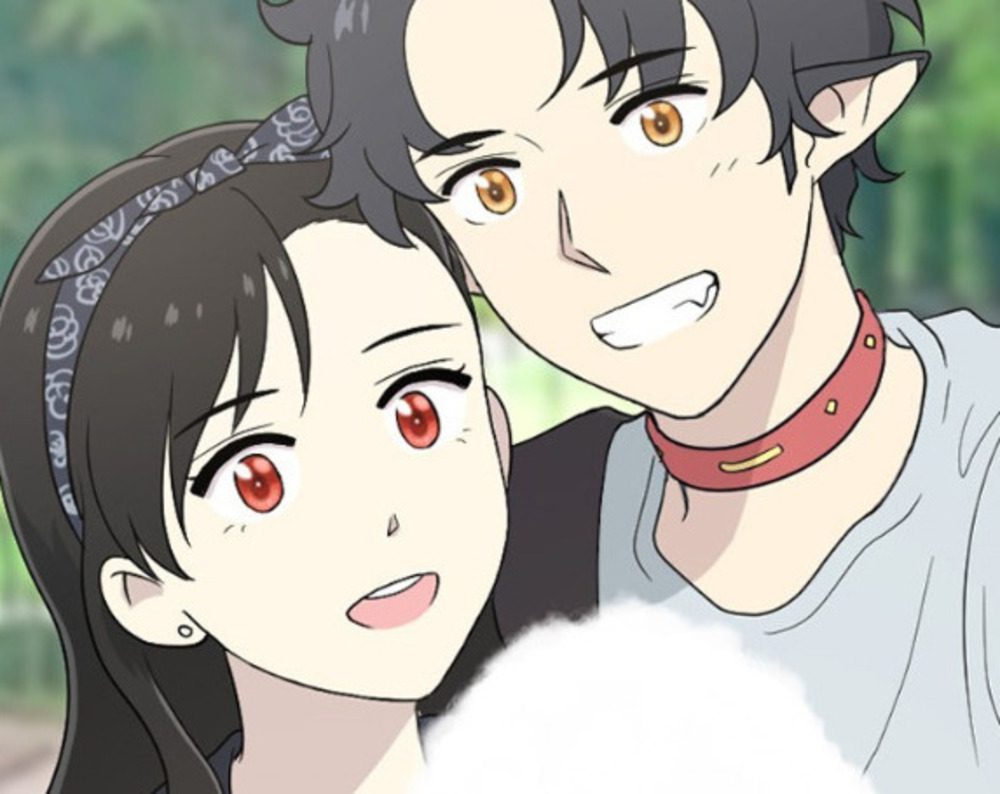 It’s a novel about a handful of individuals. They journey across this fantastical universe from one location to another. The main immortal protagonist, Ethermask, and his quest to learn how to cast the immortal spell. Some chapters may appear to be stagnant while we watch the characters meander from one location to the next. This leisurely pacing aids the tale. As we gradually become connected to how and who the individuals are. 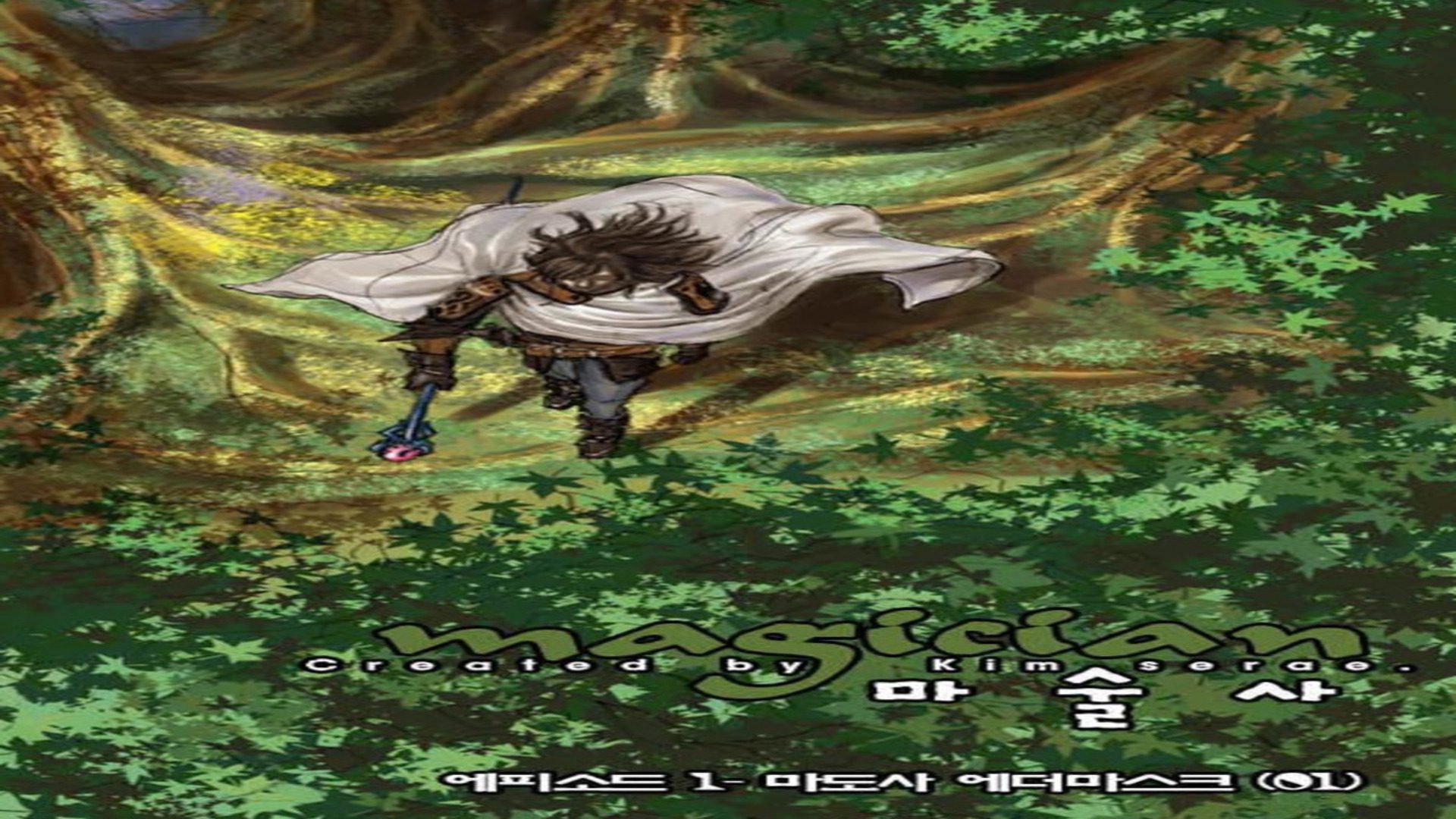 Winter is the story’s central character. Nox is a ghost who inhabits her residence and becomes entangled with her for unknown reasons. However, Winter and Nox are captured by Wren, a red crow. This represents a good concept of human-ghost living side-by-side thing works. It’s a well-thought-out story. The first chapter’s opening moments are still unexplained. 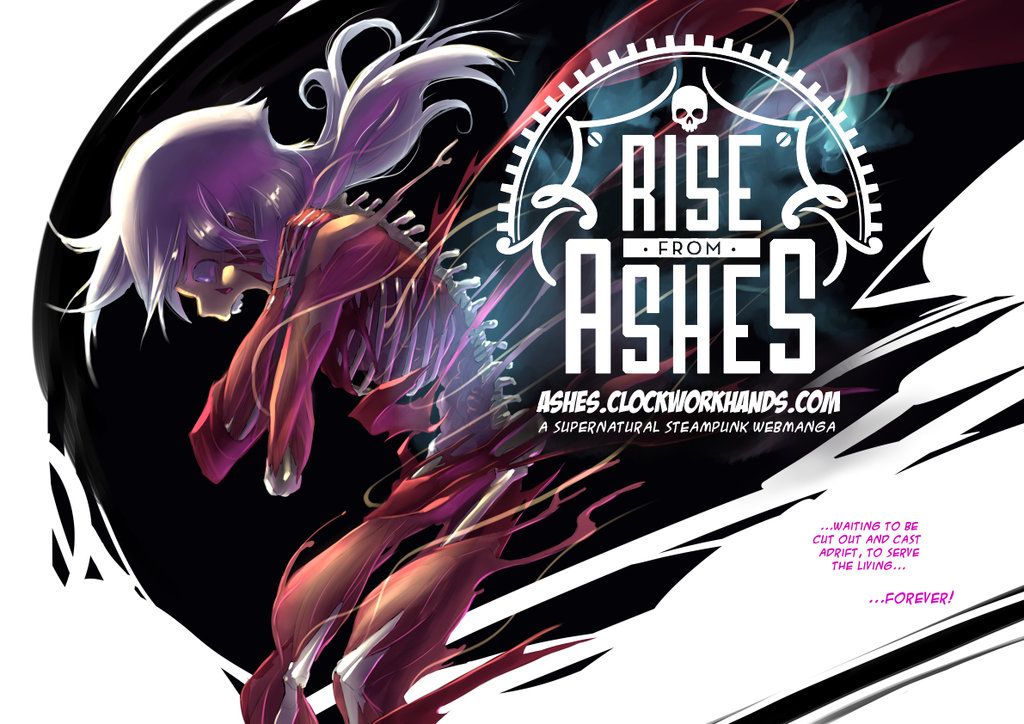 It’s a story about David, who is fascinated by objects and beliefs that come from everyday life and ‘fantasy’ themes such as aliens, ghosts, and demons. Being a child with such creativity has led him to be labeled as a child fascinated by the supernatural from the outset. As he follows a trail that leads to his imagination, things begin to pick up speed. 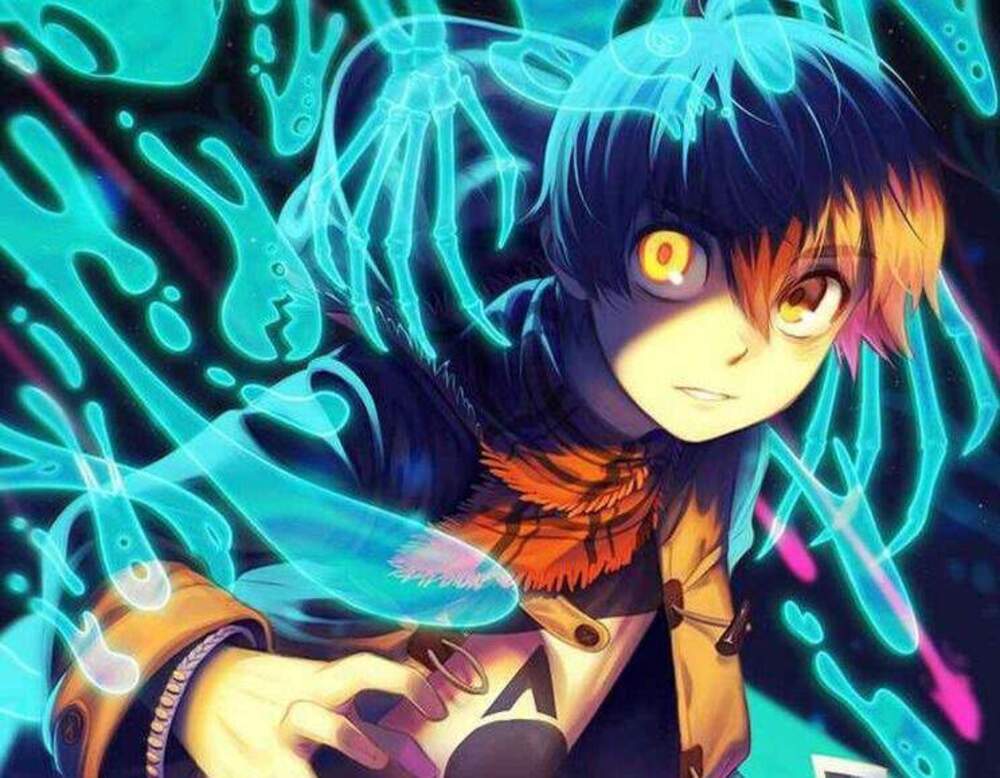 7. The God of Highschool

Mori Jin is a self-sufficient high schooler who is only concerned about eating and fights. Mori is approached by a stranger who invites him to compete in the GOH event. He must demonstrate his combat skills in the competition. Mori Jin, Yu Mira, and Han Daewi are the people in question. After a few bouts and sessions, we discover that there isn’t a contest going on. Instead, there’s something terrible going on all the time. Everything has a cause, and the character growth is immensely gratifying. 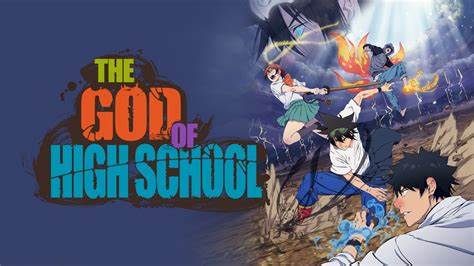 Izzy’s character is strong and confident. However, as we learn more about her, we see how all of her relationships are put to the test. The story encompasses far more than a battle between demons and witches. The causes, descriptions, and feelings that lead to such a sequence of events are all fantastic. The flashbacks from the past are in rhythm with the plot. Moreover, once you realize how important the umbrella is, you’ll want one to cover your ears. 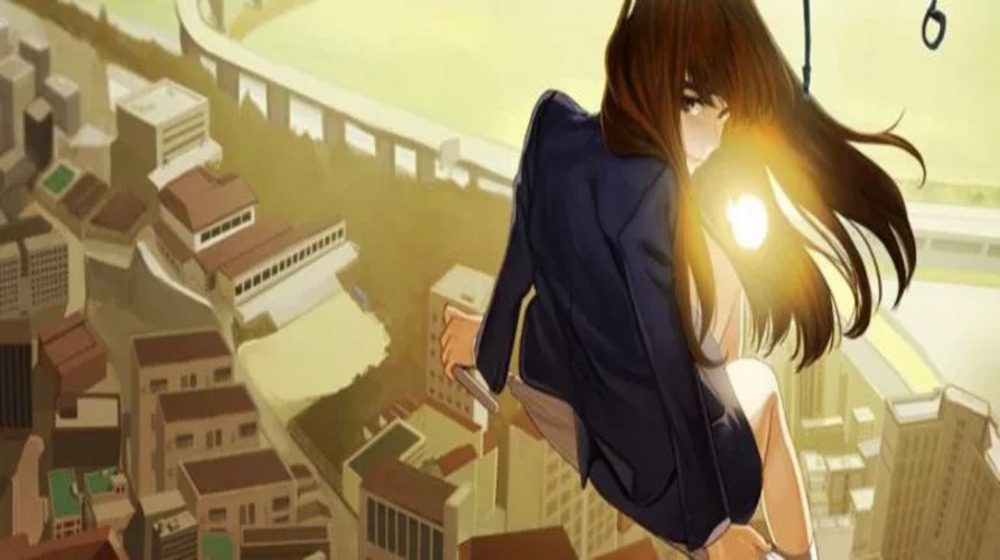 All of the characters in this fictional webtoon have varying levels of power. Powers determine how powerful they are. Wellston High is a school for elites. Students with abilities that much exceed those of the typical tire. John is a freshman student, and society regards him as a “cripple,” or someone who lacks superpowers. The characters are likable. Their characteristics clash but work together. You’ll gradually understand why Arlo is Ass-lo and why we despise hair gel. 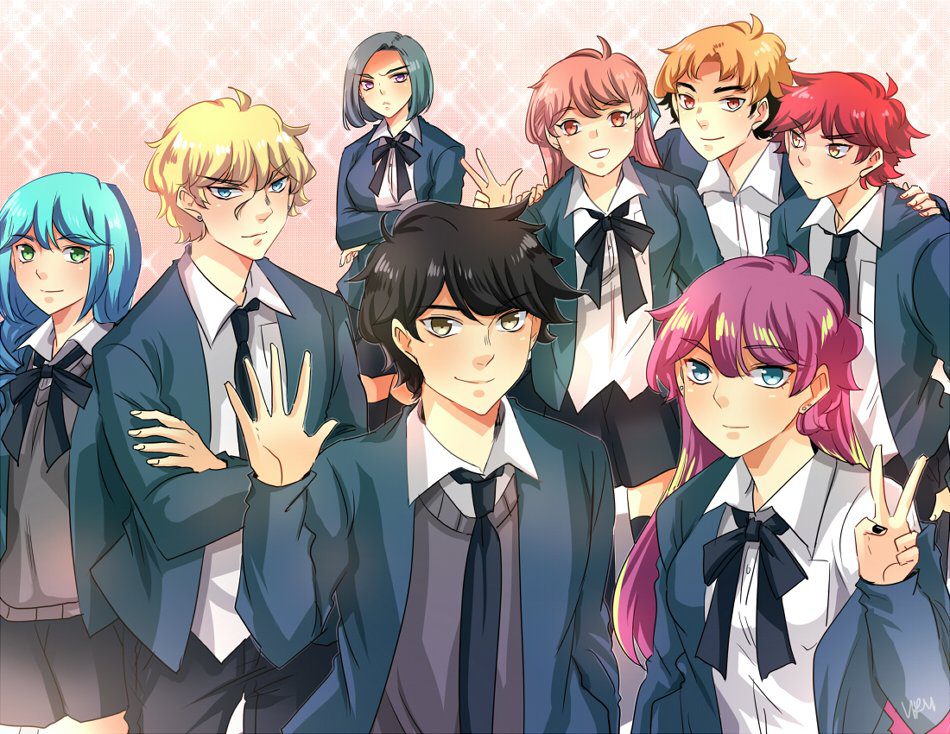 4. Winter Woods, One of the Best Fantasy Manhwa.

Winter, the main protagonist, seems to be something that is alive but isn’t ‘Human’. The story takes place in a combination of past and present. After being an experiment for so long, his struggle to understand what real life is is wonderful. However, a part of him is pretty mysterious. Jane is an ambitious writer in search of a tale. She encounters Winter by chance. Simple and lovely, with warm hues, is the art style. This is based on a story about darkness and light. In addition, dealing with some difficult situations such as abuse and violence. It comes to a bittersweet conclusion, leaving you with mixed emotions. 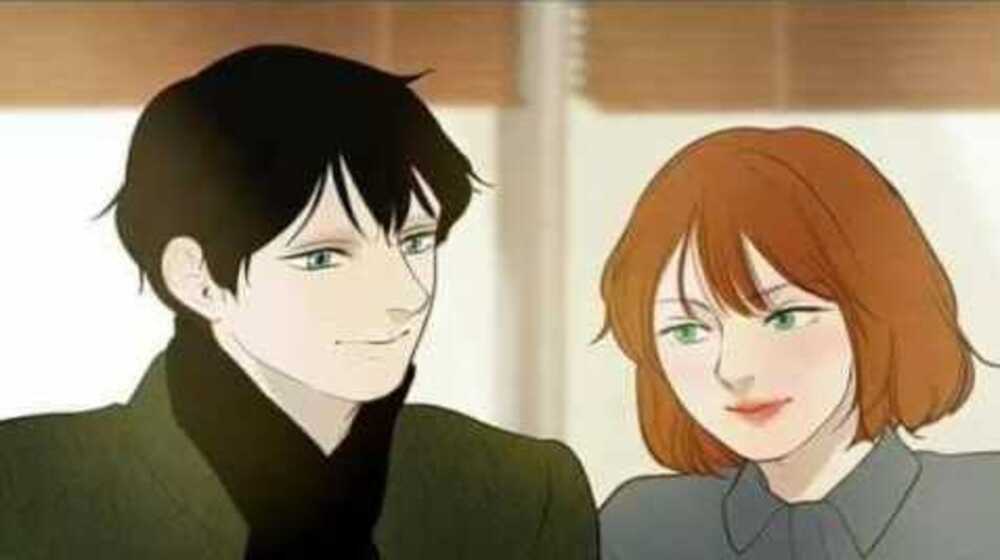 Jinsei is a previous rightful heir who is now a runaway from his empire. Kanae has Jensei imprisoned and intends to execute him. She puts herself in a dangerous scenario in order to settle a personal score with Jensen. She needs to liberate Jinsei so he can flee. Jinsei, Kanae, Flavius, and an AI named Nine should work together to unearth many truths hidden under ‘coins.’ In this world, coins are the origin of skills and abilities. The primary plot outline is how they will cope with difficulties. 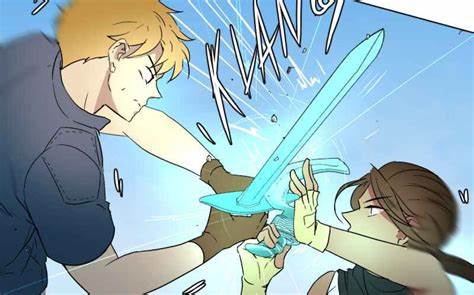 Every fan of fantasy webcomics should read this book. This narrative takes a fresh look at the worlds of vampires, wolves, and humans. The authors tried their hardest to put everything together. There is a slight deficiency in the detail stage of the story near the finish. Nonetheless, there are no defects in this series as a result of it. Franklin is the series’ most important link, while Rai is the series’ best hero. You will like the series to go on and on, dreading each new stage. However, it’ll be worth it. 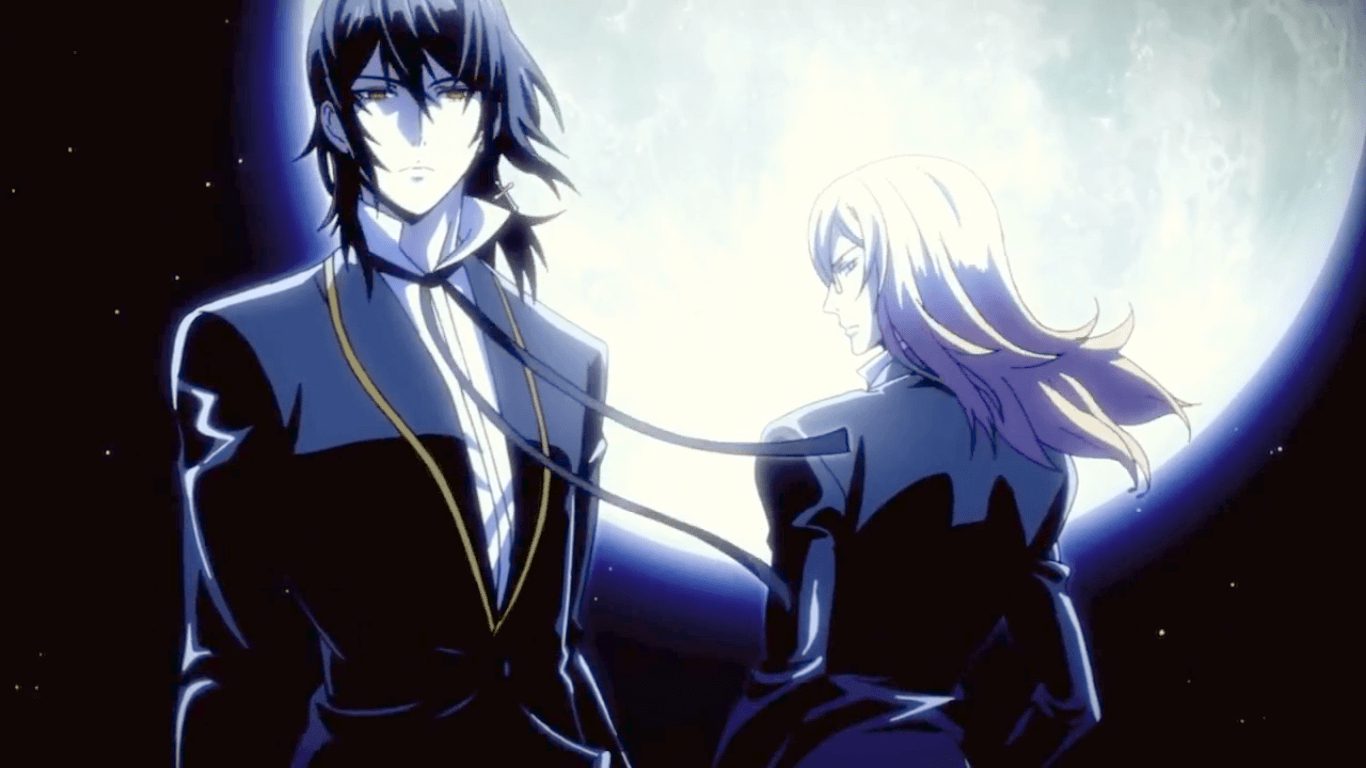 Bam spends his days alone, with the exception of Rachel. Rachel enters The Tower. Bam is able to get inside thanks to his unwavering determination not to let go of his sole buddy Rachel. Each floor needs each newcomer to overcome obstacles. In order to reach the summit of the tower. The world is enigmatic, clutching folds after folds and presenting readers with a complete set to pull apart. The plot, storylines, and foreshadowing are all amazing. As the novel progresses, we watch the characters grow and evolve. With all of its force, this fantasy manhwa list deserves to be at the top. 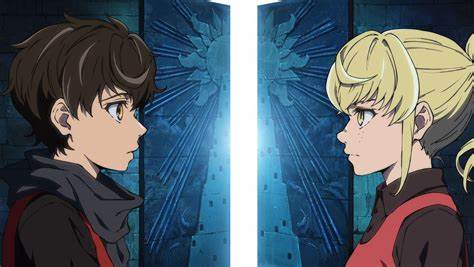 This was the list of 15 Best Fantasy Manhwa to Read right now. If you are wondering where…

Where can I read these manhwas?

There are different sites on the internet. However, Webtoon is the most trusted and loved one. You can find all the above mentioned along with other amazing manhwas. It has several Manhwa of various genres. So, enjoy your time reading the 15 Best Fantasy Manhwa.