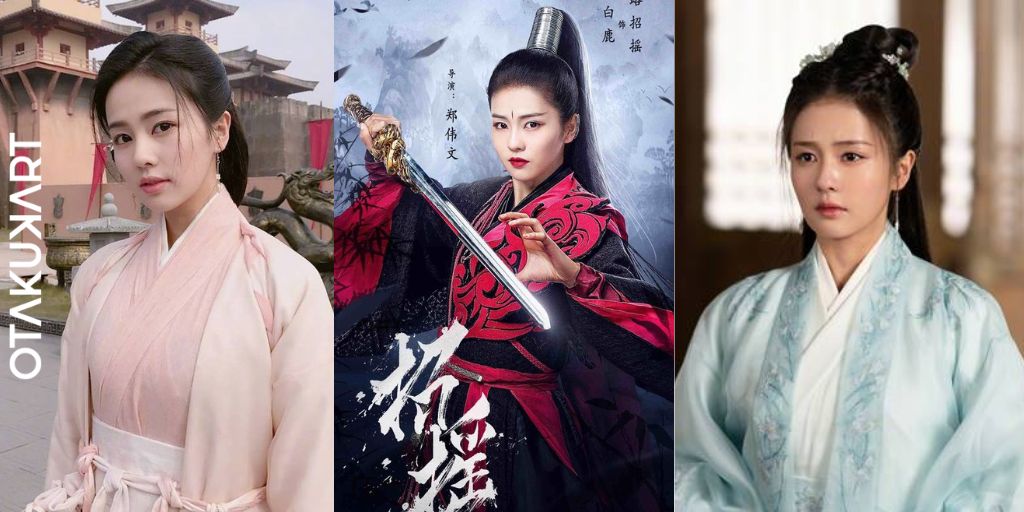 With Bai Lu’s latest Chinese drama, ‘Ordinary Greatness,’ which received huge attention, and also her upcoming project ‘Till The End Of The Moon,’ which as well seems to be a quite promising show, the audience is feeling nostalgic about this amazing actresses’ endless accomplished dramas. And thus, to give you a ride through that beautiful memory lane, here we are, presenting you with a few of the best Bai Lu dramas.

Before we give you a glance at some bewitching dramas, for the audience who does not know who Bai Lu is or hasn’t seen any of her dramas yet, our precious readers, you’re missing some real fun in life. But worry not, since now you’re here, you’d definitely get to know her through her work and would probably end up loving her choices of dramas as well.

Our precious audience, what do you think you would do if you someday end up being stuck in someone else’s body? Would you freak out? Well, too naive of us to ask that. Of course, you’d freak out, but would you rather have fun for a while along with finding a solution for it? Or are you the type who’s going to get all chaotic about it? Well, while you think about it, let us introduce you to one such insanely hilarious Chinese drama, ‘King Is Not Easy,’ with a somewhat similar plot.

But in this case, the swap takes place between an emperor and a woman who was secretly acting as a maid. We believe you can already imagine the bizarre situation that was created in the show. Although despite having an intense situation of body swap, the way Bai Lu and Zhang Yi Jie pulled their characters off so remarkably left the audience completely hooked to the show. 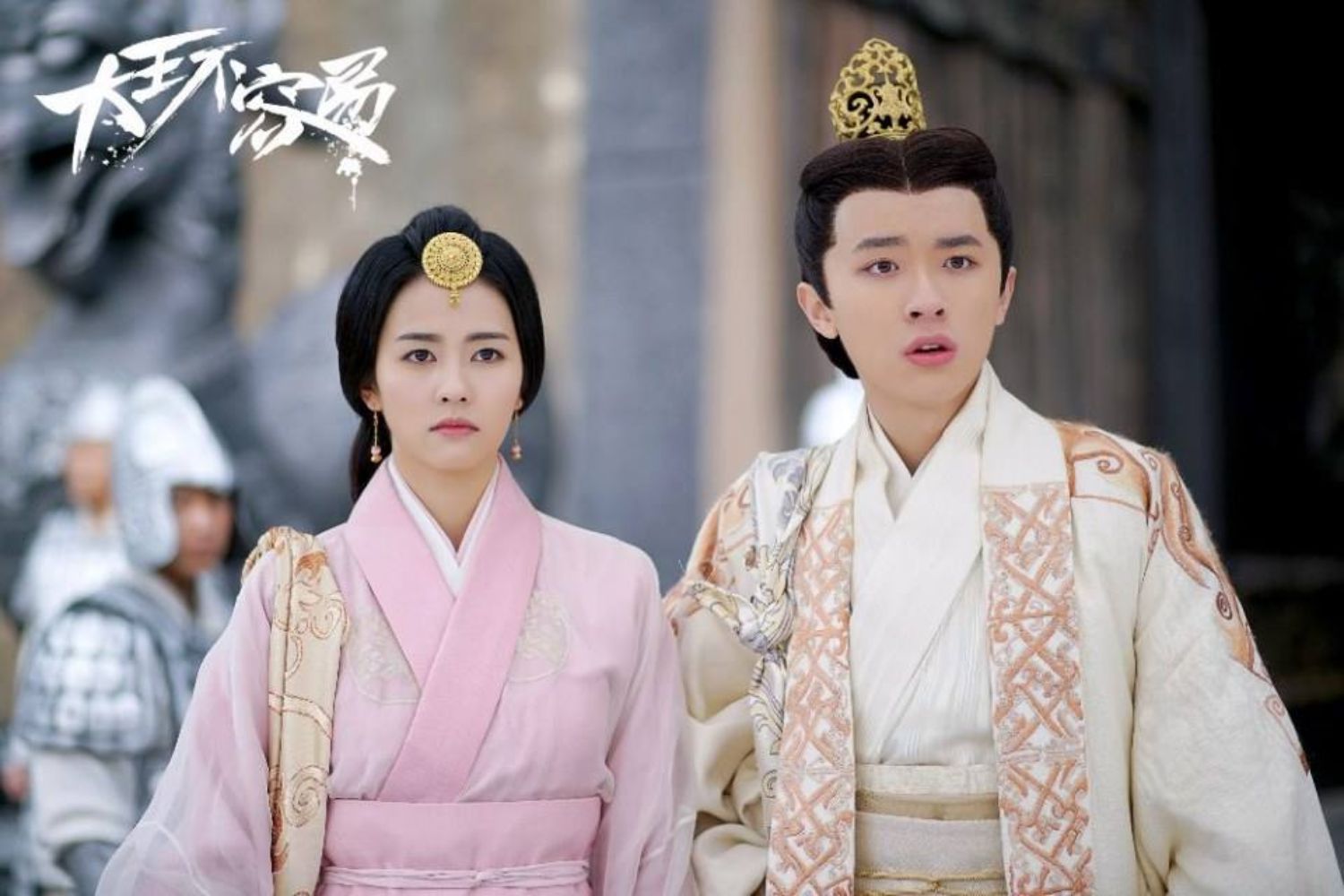 Bai Lu and Zhang Yi Jie in ‘King is Not Easy’

Even though there were quite a few questions left unanswered by the writers while wrapping up the show yet, because of their little twists and a satisfying ending, the drama is worth a try. For the audience who wishes to binge-watch ‘King Is Not Easy’, it is available on Rakuten Viki.

You know there are certain rules to life that we all apparently follow blindly. And honestly, it’s not because they aren’t right, but it’s more like it’s a belief, a perception that’s been passed down from generation to generation. But then again, how to question beliefs because obviously, they are ‘beliefs’ in the first place. Their existence is as we believe in them, right guys? But does that mean there can not exist a thin line stating that it might be untrue?

Well, this beautiful drama ‘The Legends’ gives the audience a fair chance to choose if simply being a demon means bad, and God means good, or sometimes it’s the words good and bad that we need to put our belief on rather than the spoon-fed virtuality. 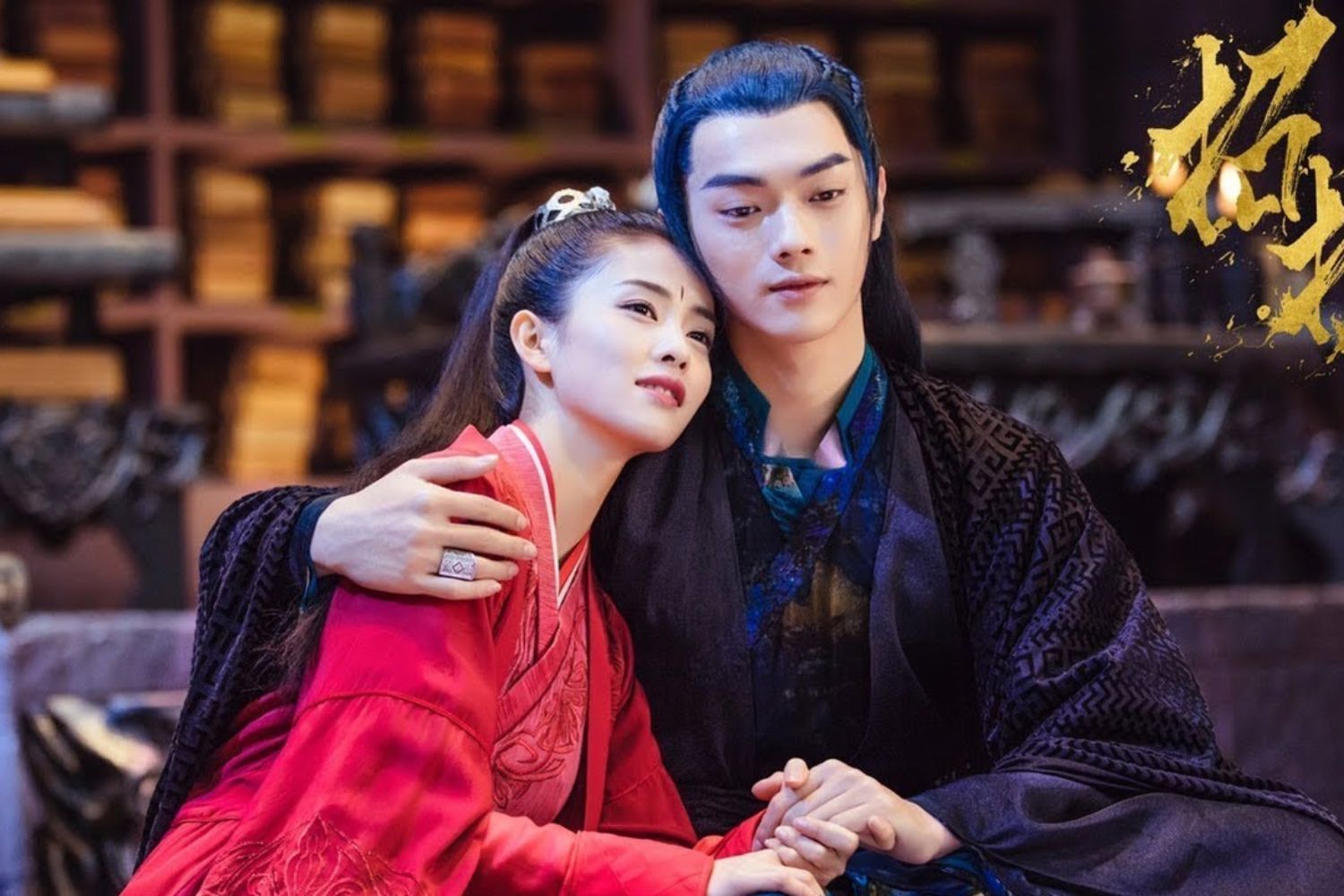 Bai Lu and Xu Kai in ‘The Legends’

With an engaging storyline, absolutely stunning chemistry between the lead casts( Bai Lu and Xu Kai), and a remarkable portrayal of the actors bringing their characters to life, ‘The Legends’ is, in fact, one of the best Bai Lu dramas that you ought to watch.

For the audience who wishes to binge-watch “The Legends”, it is available on Rakuten Viki.

Also Read: How To Watch ‘Falling In Love’ Chinese Drama?

Well, we all know romantic dramas are at some point supposed to be cheesy and cliche, isn’t it, guys? Yet there are some writers who put them in such a beautiful way that despite being predictable, they come out as soothing as well as entertaining than annoying. One such beautiful drama is ‘Love Is Sweet’, just like its name suggests, it’s a well-written romance drama that’s actually a ride of rollercoaster emotions.

You know there are times when we feel like our life is completely under our control (let’s be honest, that happens for like milliseconds in real life, but well, it’s a drama, so a while should be considerable), but then obviously we won’t find too many quotes on life is too harsh if it didn’t conclude out to be full of ups and downs but then again the way you handle it is probably the key to life. This drama ‘Love is Sweet’ seems to be simply about a cliche love life but also gives you a glance on how to steadily get up when life throws you down a pit from a smooth road. 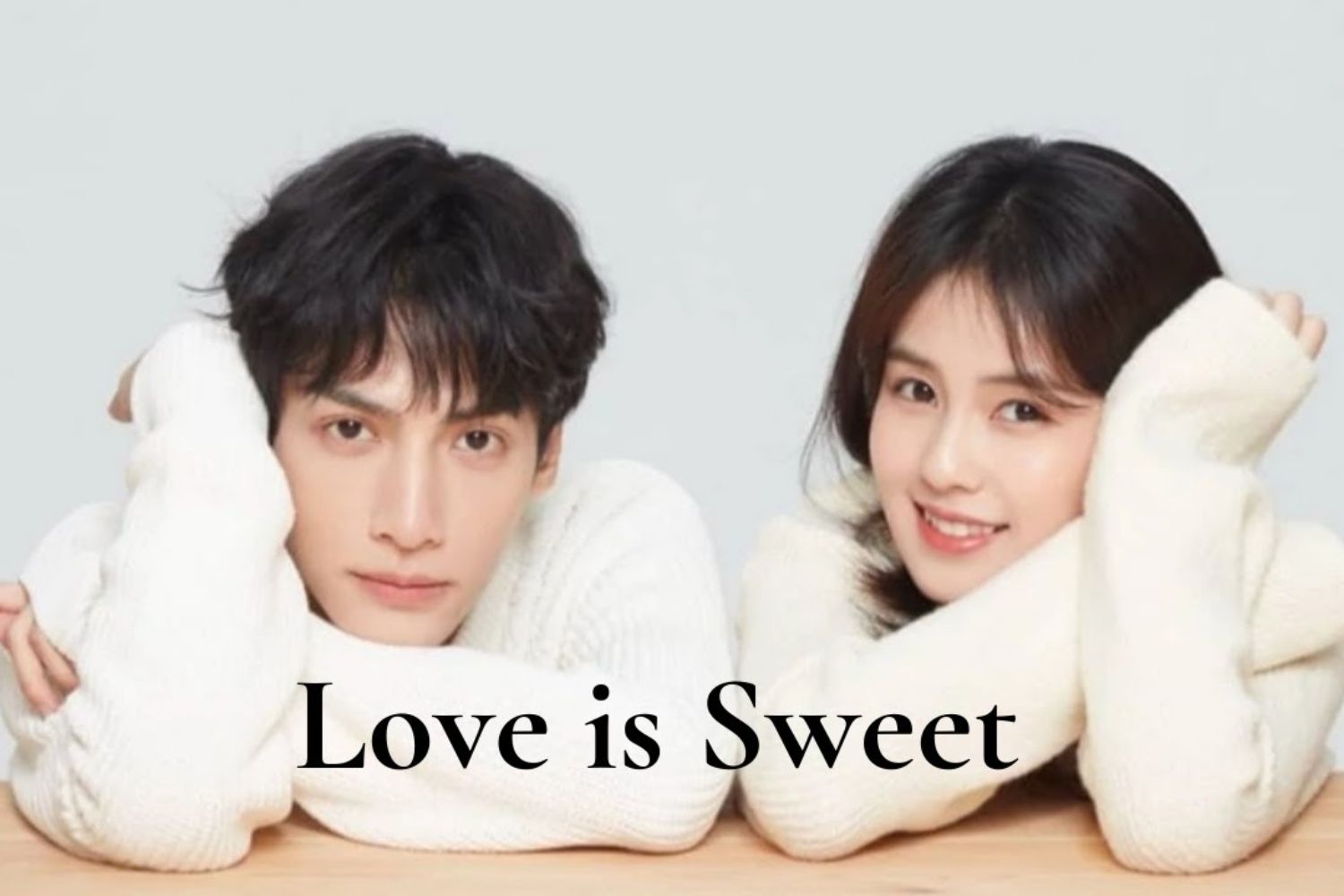 Despite its bitter-sweet plot, one of the main reasons why the audience finds this show addictive is because of the lead casts’ chemistry. It’s too good to take your eyes off, and thus, it comes out as one of the best Bai Lu dramas that one should watch. For the audience who wishes to binge-watch ‘Love Is sweet’, it is available on Rakuten Viki.

You know, usually, when a drama is based on its country’s history or happened wars, a lot of precautions are taken so as to not hurt the feelings of the citizens, but more than that, it’s like the writers usually show only the positive aspects of their own country and the negatives of others simply to avoid controversies. And obviously, at the end of the day, why would you want your career ruined just because you wanted an intense drama to work out, isn’t it? But the best part about ‘Arsenal Military Academy’ is the way, very subtly and honestly, the wrong-doings of both the countries are quite evidently shown.

It’s like they’ve literally left it to the audience to make a decision on what could have avoided the conflicts and to choose which party was right or wrong in the given situation.

Another aspect that is seen in the drama is the enlistment of a woman who wants justice, and in the blind of it cuts short her hair and transforms as if she is her brother to get into the military academy. Although because of her exceptional skills, she doesn’t get caught yet when love knocks at her door, things start to get quite unpredictable. Do her feelings get in the way of her justice? 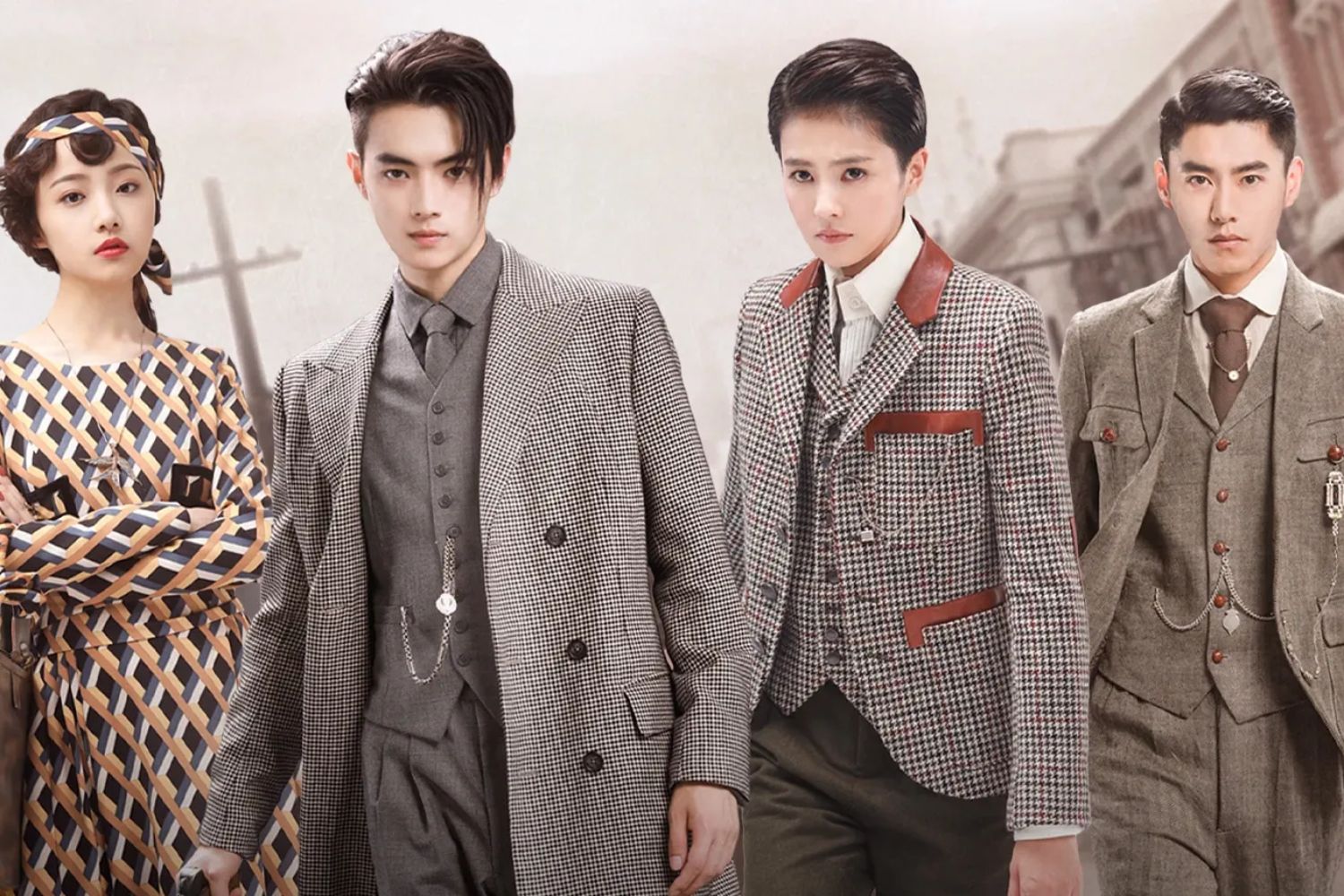 In addition to the plot, “Xu Kai and Bai Lu’s” beautiful chemistry kept the show exciting and engaging. For the viewers who wish to watch this masterpiece, it is available on Rakuten Viki.

You know, when we care for someone deeply, myths don’t seem like much of an unbelievable thing. “One and Only” is a love story that perfectly fits that description but not one that could have been completed in one lifetime.

Yes, you read it right, this exquisite masterpiece, based on the novel “One Life, One Incarnation – Beautiful Bones,” is about a love story that, in cultural norms, is totally unacceptable, yet feelings eventually find their way to set their hearts on fire no matter how determined their mind stands. And so, to fulfill their unrequited love, they are born again (which apparently is shown in the sequel and not this drama), but do they win each other then? Well, it looks like you ought to watch this show to satisfy your curiosity. 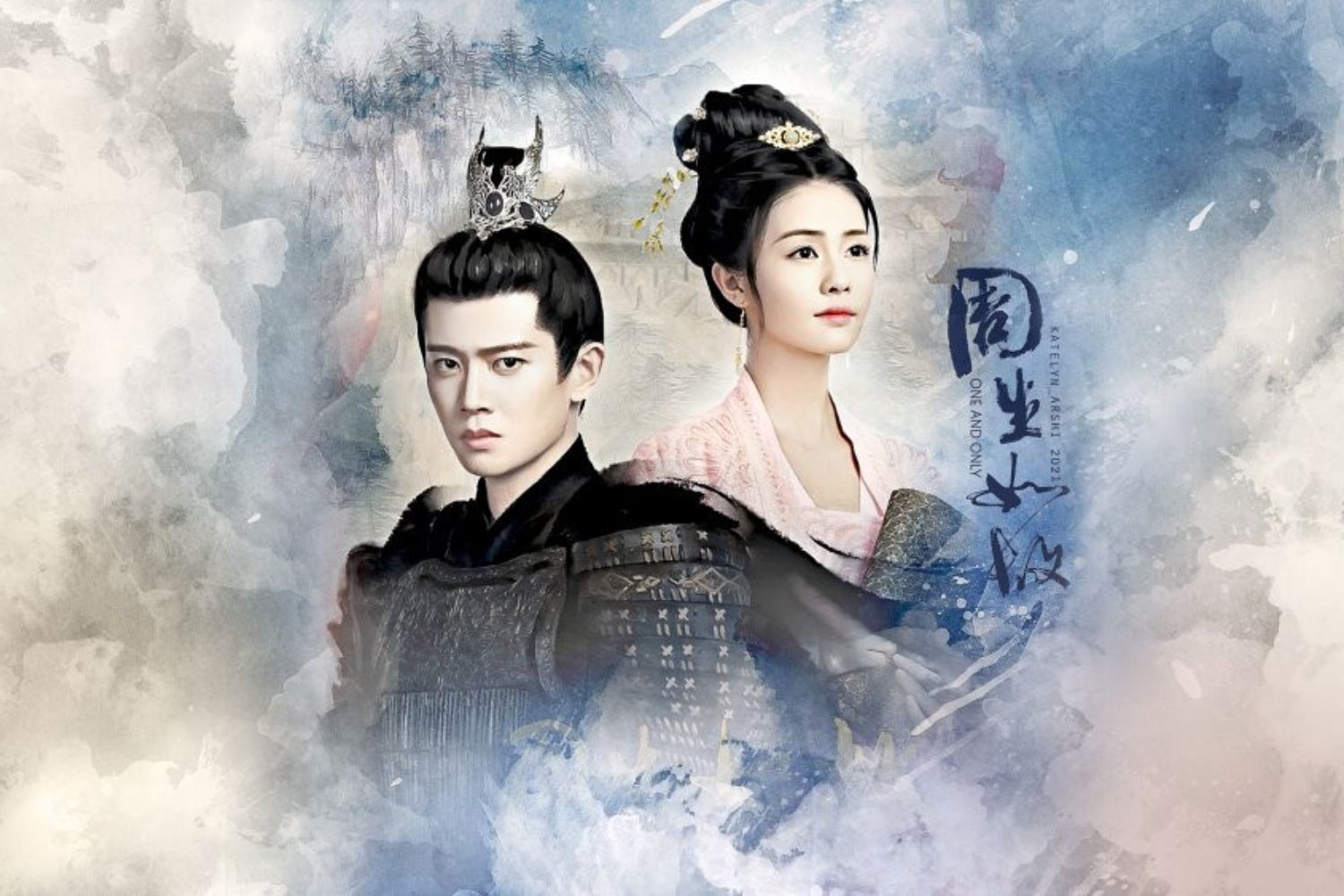 Although ‘One and Only’ is considered one of the best Bai Lu dramas but if you’re the type of person who doesn’t like watching tragic endings at all, it might not be a cup of tea for you. However, despite its tragic ending, for a lot of viewers, it was the most befitting and quite satisfying ending. Even then, if after watching it you still wish for closure or still crave for some more of it, worry not because Forever and Ever is the sequel of this beautiful Chinese drama. You can easily binge-watch One and Only at iQiyi and Forever and Ever at iQiyi as well.

Also Read: Best Steamy Chinese Dramas That Will Have Your Heart Racing