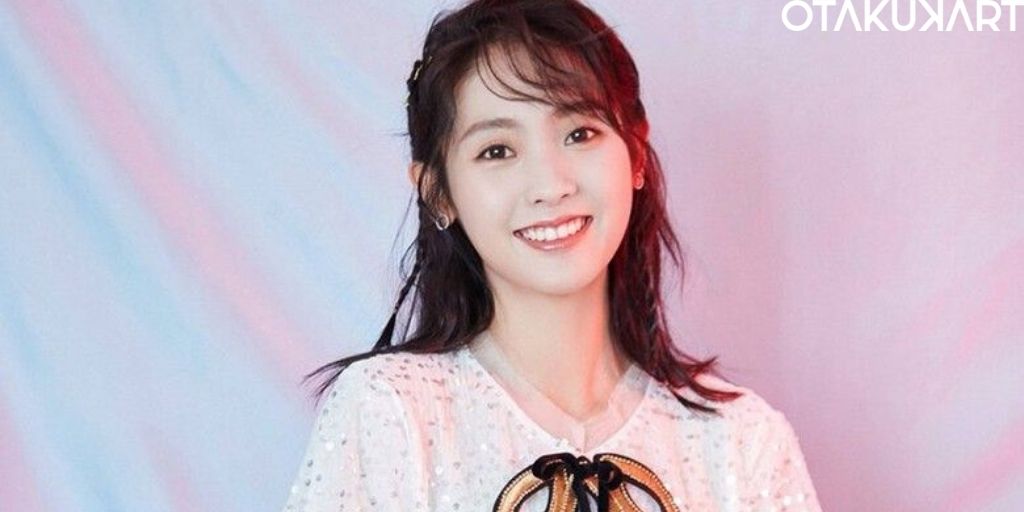 Let us take a look at the top 10 Xing Fei Cdramas because this actress has taken over everyone’s hearts with her talent and acting skills. Xing Fei has been a part of many top-rated Chinese dramas, and it is no surprise as she keeps getting better and better to the point that fans instantly know that if she is cast in a drama, it is sure going to be worth watching. Xing Fei is a Chinese actress, and many fans might not know, but she is also a great singer. She was born on October 1, 1994, in Hulunbuir, Inner Mongolia, China, and currently, she is 27 years old internationally. She completed her graduation from the Shanghai Theatre Academy.

Xien Fei is also known by the name ‘Fair Xing’. She started gaining attention after being a part of the variety program “Grade one Freshman”. She then started her acting journey by making her debut through the campus web drama “Campus Basketball Situation,” after which she also made an appearance in the sports youth drama “Tornado Girl” in 2017. Since then, she continuously starred in famous Cdramas like both the parts of the romance comedy “Master Devil Do Not Kiss Me” and the drama that grabbed worldwide fame “Put Your Head On Your Shoulder”. She is also known for her bright and bubbly personality, which attracts many viewers. But she has shown her various sides by portraying different roles, which further tells how talented the actress is. Well, we all know how talented the actress is, so let us now check out the list of top 10 Xing Fei Cdramas that you should check out.

Best Xing Fei Cdramas That You Should Put On Your Watch List:

1. Put Your Head On My Shoulder

Yes, we know you saw this one coming; how can we make a list of best Xing Fei Cdramas and not include this legendary series. “Put your Head On My Shoulder” is a 2019 high school Chinese drama. The drama has a cute, heartwarming story that revolves around Situ Mo (Xing Fei) and Gu Weiyi (Lin Yi). Gu Weiyi is a handsome and a genius physics student, and somehow Situ Mo ends up living together with him. At first, both of their personalities clashed, and they did not blend with each other. But slowly, they end up developing feelings for each other. This series has 24 episodes, and you can watch this Cdrama on various online platforms like Netflix, Rakuten Viki, TencentVideo, and WeTV. So get ready to watch this heart-tickling romance comedy. 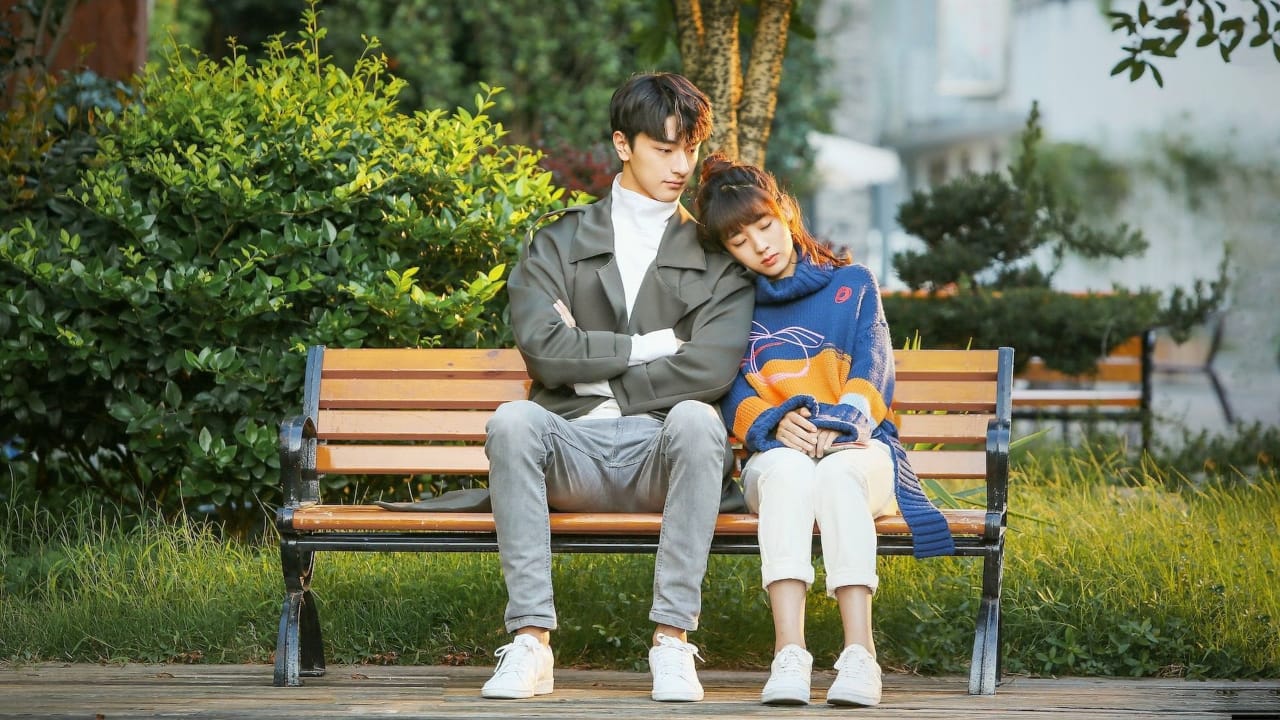 Put Your Head On My Shoulder

This is the most recent series in the list of Xing Fei Cdramas. “Hello, The Sharpshooter” is a 2022 sports romance Cdrama. The story is about Tang Xin (Xing Fei) and Shen Qing Yuan (Hu Yi Tian). Both of them were together in high school, and Tang Xin had a huge crush on him, but she never confessed her feeling to him. After that, they went in different directions, but fate brought them together when Tang Xin, who became a reporter, was assigned to interview Shen Qing Yuan, who is the leading 50-meter pistol shooter in the country. You can watch this interesting journey on many online platforms like Rakuten Viki, KUKAN, and WeTV. 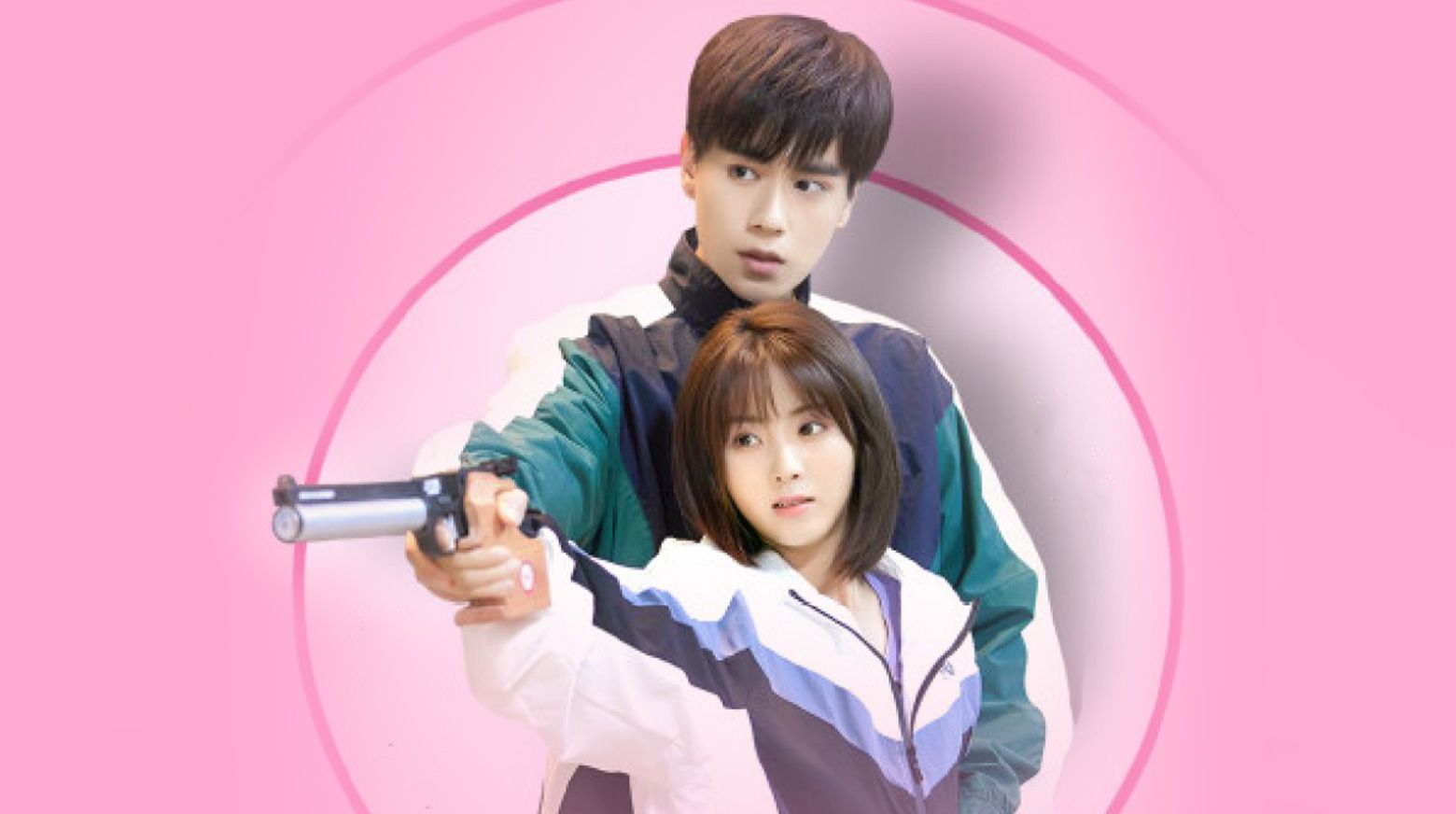 The third drama in the list of top 10 Xing Fei Cdramas is “Miss Crow With Mr. Lizard”. This series has an interesting plot where Gu Chuan (Ren Jia Lun) faced a sudden twist in his life when he met with a traffic accident. He suffers life-threatening injuries to his heart and is saved by an emergency heart transplant. He cannot perform any activity that might raise his heartbeat, and his lifestyle completely changes. But a ray of hope arises when he meets Xiao Ning, who starts working in his company. This series is also very interesting, and viewers can watch it on Rakuten Viki, WeTV, and TencentVideo with subtitles in various languages. 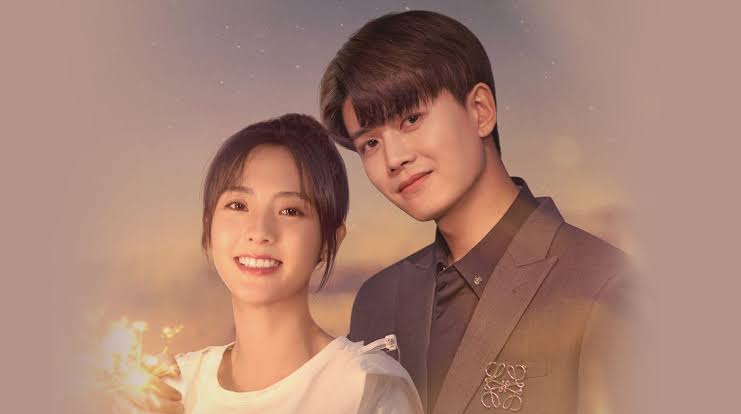 Just like the name, “My Little Happiness” is one of the Xing Fei Cdramas which will definitely bring happiness to our lives. What will happen if you meet your childhood friend through your work but find out that he has a crush on you? Well, this seems like an interesting story, doesn’t it? So let us find out what happens when Cong Rong (Xing Fei) meets a childhood friend Wen Shao Qing (Tang Xiao Tian), who is a talented surgeon and secretly likes her. You can watch this interesting journey from friend to lover on several online platforms like WeTV and Rakuten Viki. 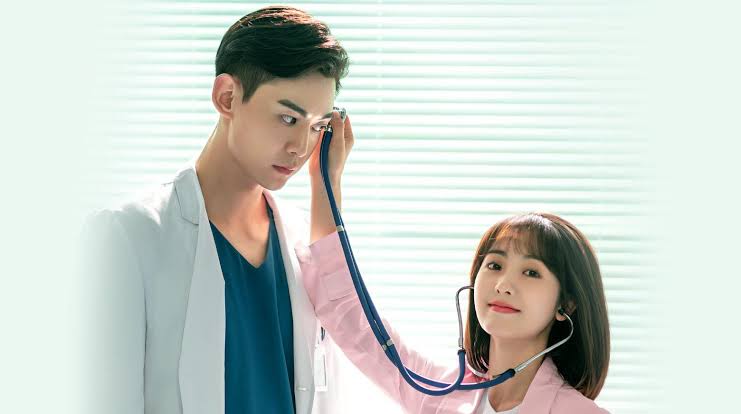 5. The Moon Brightens For You

Next comes a beautiful historical drama in the list of best Xing Fei Cdramas. “The Moon Brightens For You” brings a powerful female lead that we all love to watch. Zhan Qing Hong (Xing Fei) is a different girl from everybody else as she has a passion for martial arts and has only one dream of being a great martial arts master. Fate brings her and Lin Fang (Yu Meng Long) together as she accidentally helps him become a leader. Watch their story of how Lin never left her side even when everyone turned their backs on her. You can enjoy the Cdrama on Rakuten Viki with subtitles in various languages. 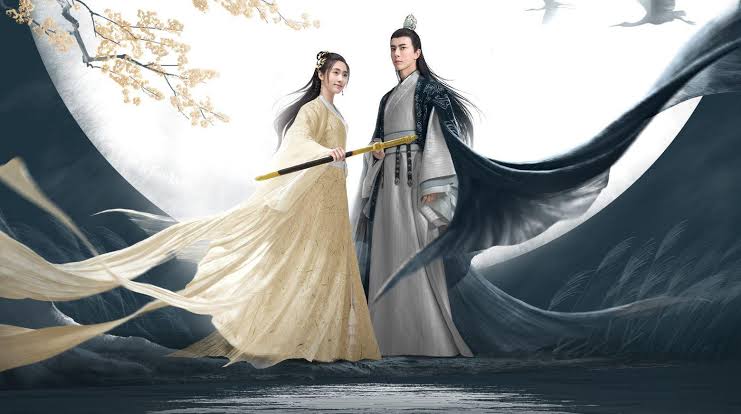 The Moon Brightens For You

“Forget You Remember Love” is another fantastic series among Xing Fei Cdramas. The story starts when a successful CEO Shan Junhao (Garvey Jin) meets with an accident and forgets his memories and his past. But Ye Qianyu takes him with him and also gives him a fake identity. Their journey begins as they slowly get attracted to each other while finding his past. This series will be a rollercoaster of emotions and will also make you laugh a lot. So you can start watching the Cdrama right now on WeTV. 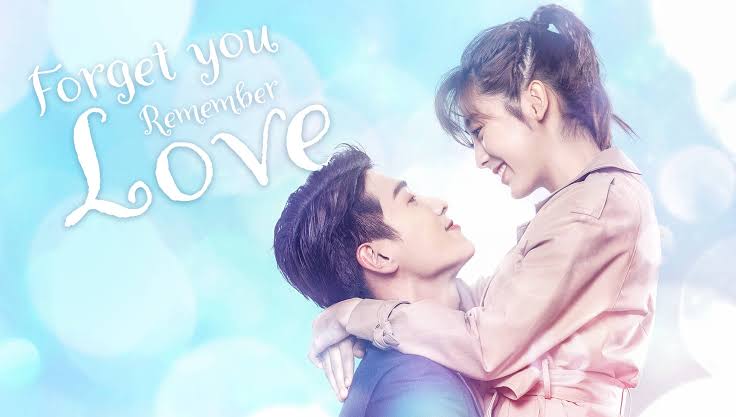 7. Your Highness, The Class Monitor

Here is another Xing Fei Cdrama to melt your hearts. “Your Highness, The Class Monitor” is a sweet high school romantic-comedy-drama revolving around Su Nian Nian (Xing Fei) and Gu Zi Chen (Niu Jun Feng). Nian Nian is an ambitious and competitive student who works hard for her academics. Meanwhile, Gu Zi Chen belongs to a wealthy family and is rebellious and creates problems. You can hope to see an enemies-to-lovers trope in this Cdrama, along with lots of heartwarming moments blended with lots of laughter. You can watch the series on WeTV. 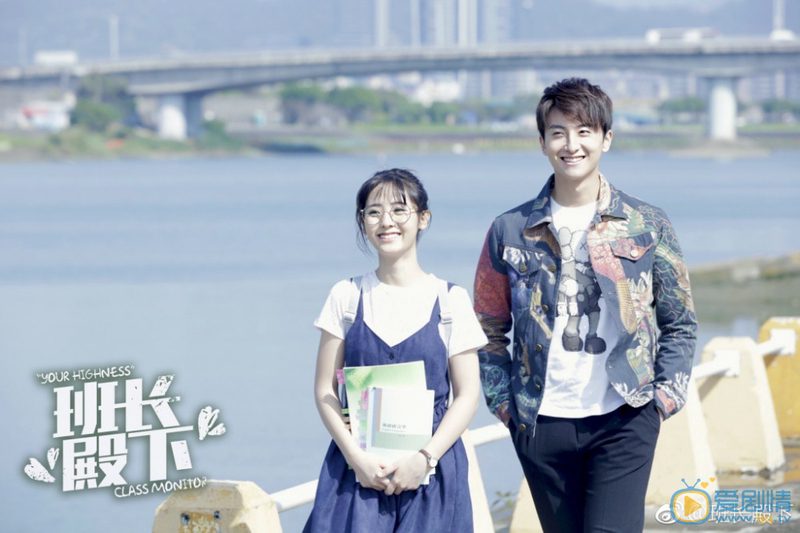 Your Highness, The Class Monitor

“The Faded Light Years” is a workplace romance drama that revolves around hardworking and ambitious people who try their best to achieve their goals in the fashion industry. Ding Wen Xiao (Jevon Wang) is the director of DI Group and works hard to fulfill his father’s goal. Meanwhile, Yan Xia owns a small shop named “The Faded Light Years”. Both of their future will depend on a crucial upcoming fashion show with DI’s chief designer Mu Ling Shan. Both of their lives get intertwined after this show and thus, begin their journey to know each other. You can watch the Cdrama on the Youtube channel of Fresh Drama with subtitles. 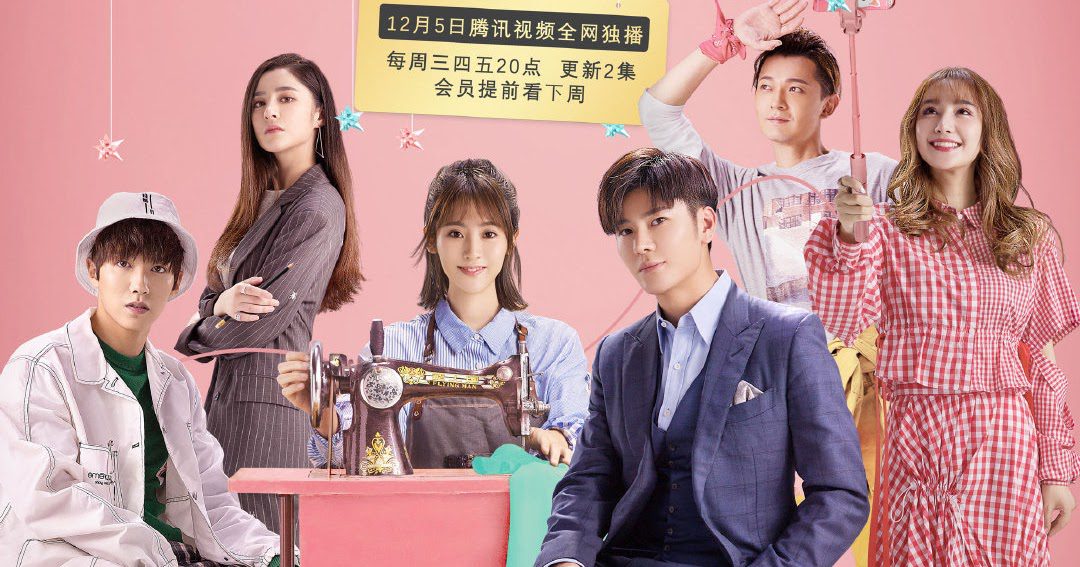 Here comes another sports-based series on the list of best Xing Fei Cdramas. “Basketball Fever” revolves around Chu Xiao (Thomas Tong), who is an exceptional basketball player. But he rejects his offer from NBA and instead joins Huatian, where his best friend used to play in the past. He does this because it is his best friend’s last wish. There he understands the true value of leadership and teamwork with the help of Yunyang. Witness his exciting journey of chasing his dreams, love, and friendship, which will ultimately teach him life lessons on iQiyi with subtitles in various languages. 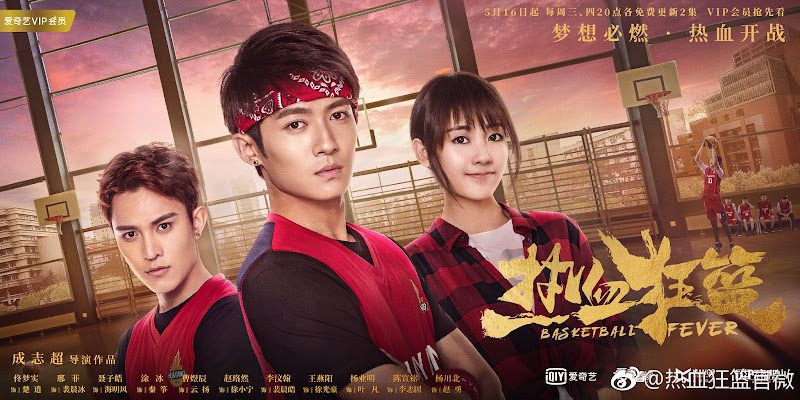 10. Master Devil Do Not Kiss Me

Just like the name of the drama is very interesting, this Xing Fei Cdrama is also very interesting and fresh. The story starts when our female lead An Chu Xia (Xing Fei) loses her mother and ends up being in the custody of Han Qi Lu’s rich family. She is then allowed to go to high school, where Han Qi Lu is famous as the master devil. Will our female lead survive the school? Will she manage to make her spot in the school? To get answers to these questions, you can start watching the Cdrama on any of the platforms like Rakuten Viki, WeTV, KUKAN, and TencentVideo. 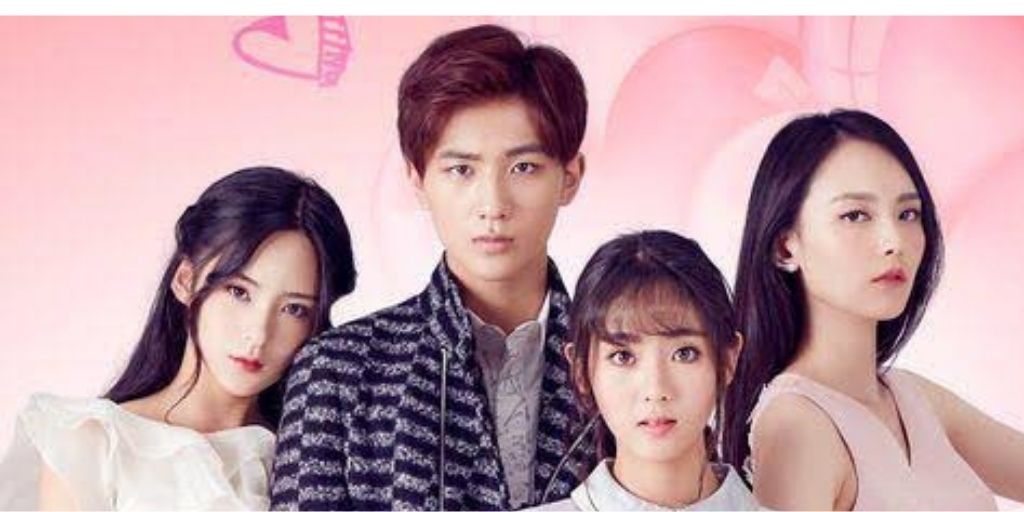 Master Devil Do Not Kiss Me