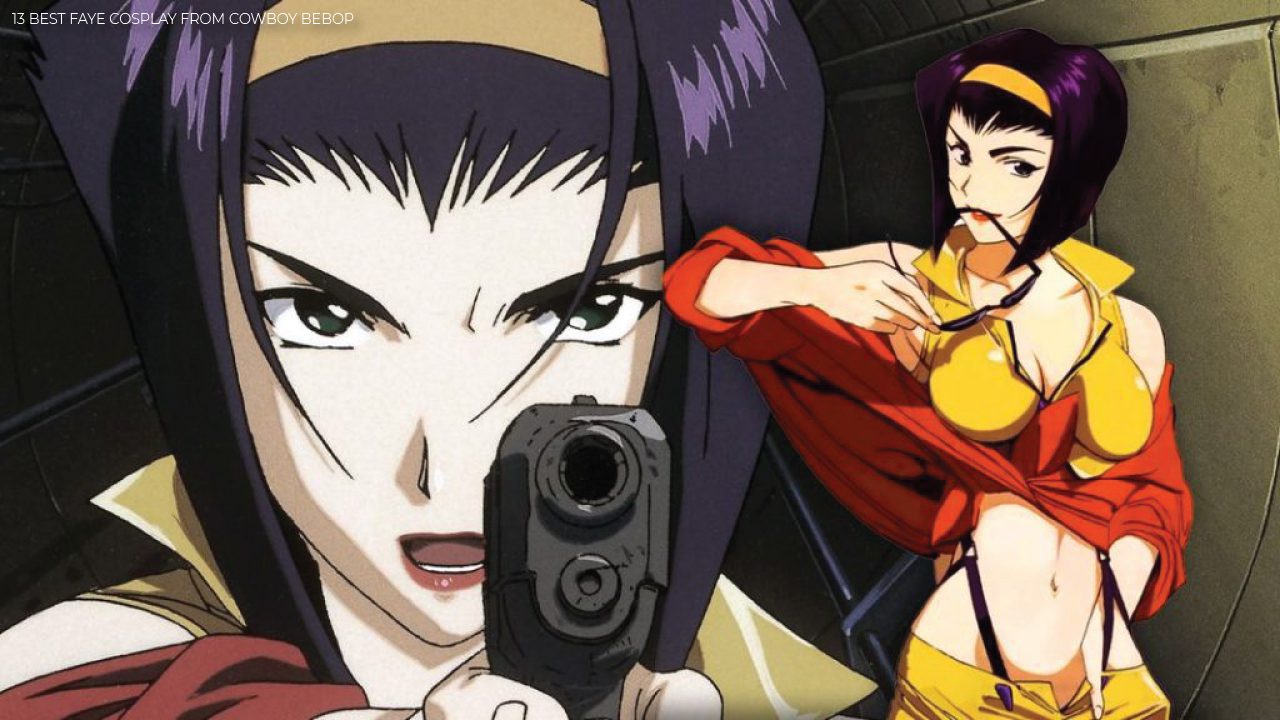 The following article is about ranking the top 13 best Faye Valentine cosplay from the anime Cowboy Bebop. Cowboy Bebop is one of those anime that gets better with time. It has an intriguing storyline with awesome characters. It was one of the first anime’s to bring western culture into the anime world. The experimentation was successful, and even though it had only 26 episodes, it remained one of the all-time best. One of the characters that got a lot of love was Faye Valentine.

Faye Valentine was one of the team members of Spike Spiegel. She was a bounty hunter and was as clever as a fox. Even though Faye had feelings for Spike, Faye never confessed to him, and neither did he. She used to wear a yellow top and shorts with a red shirt around. Faye Valentine had violet hair. She is the main attraction of today’s article. So without further ado, let us see the 13 best jobs of portraying Faye Valentine from Cowboy Bebop as a cosplay.

Cosplay is an art, and Zarsu has mastered that art. Her cosplaying of Faye Valentine is top-notch. Everything is perfect, starting from the hair to the dress code. She even has money in her hand, which depicts her profession, which is a bounty hunter. It was clever of her to use it. 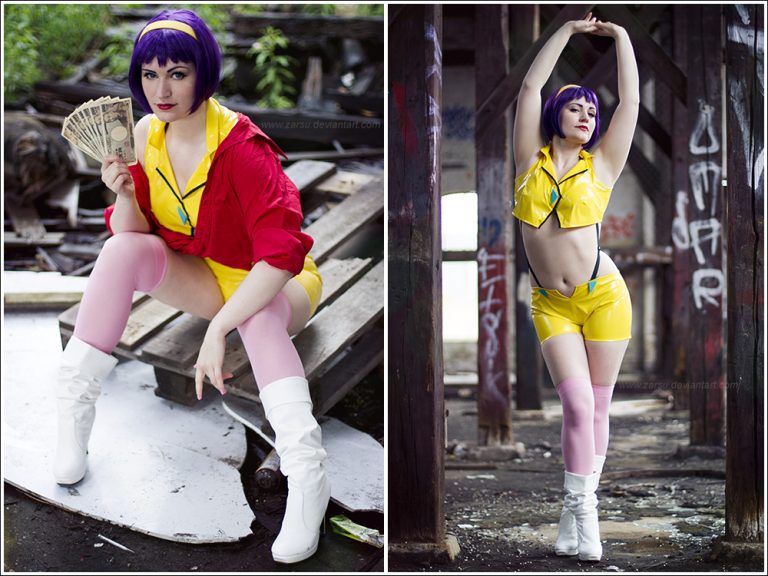 Shadecramer’s cosplay of Faye Valentine is up to the mark. Cosplays are done all over the world, but not all cosplays depict every single detail. Over here, it looks like she would be the best if a live-action film is ever made. She has a gun in her hand, which was Faye’s weapon in the anime. 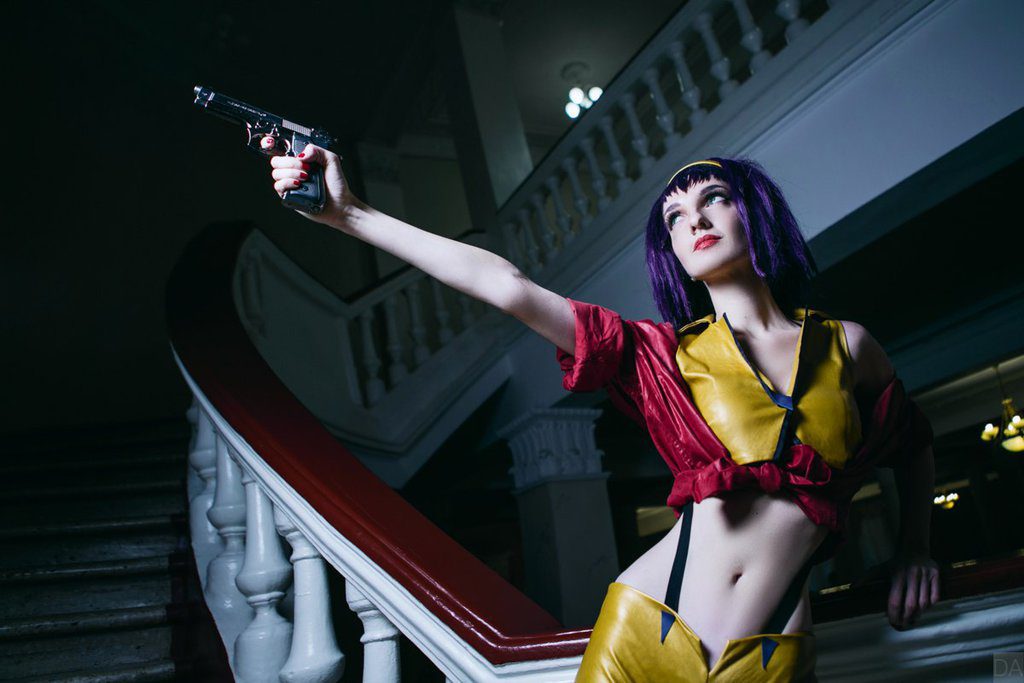 Unlike the previous two cosplays, Mostflogged managed to capture the innocent side of Faye. She used to use her innocent side to get out of dangerous situations, just like at the gambling place. The redshirt caught my eyes as it was the same as it was in the anime. 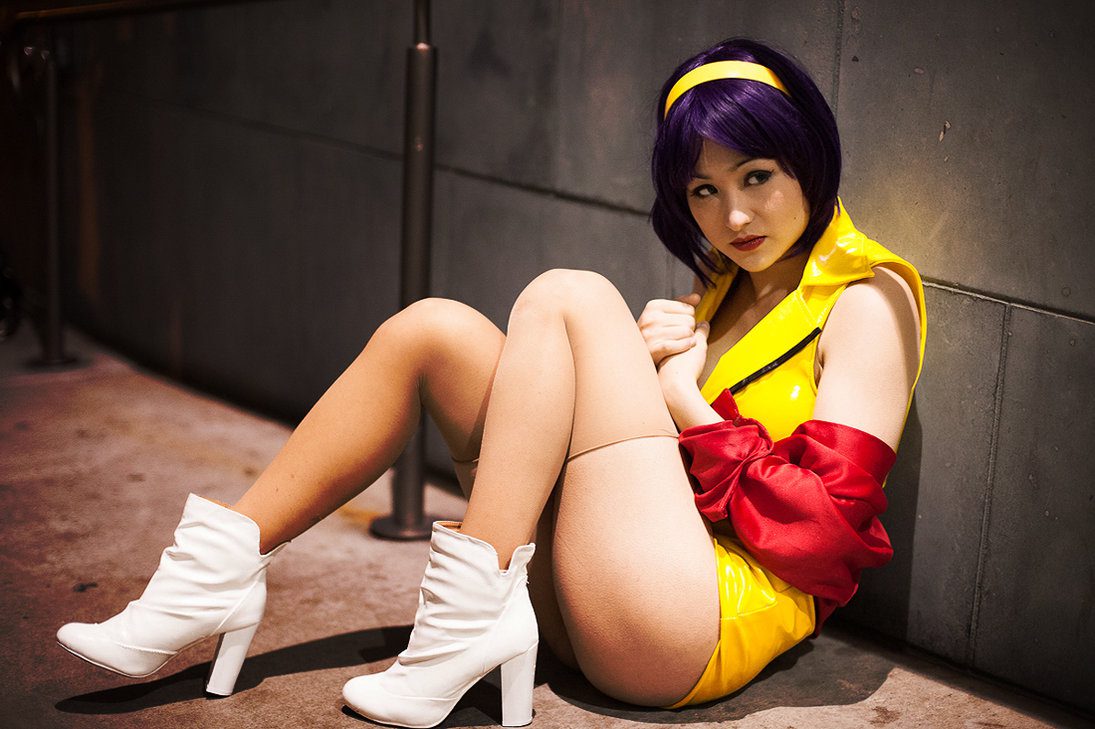 For a moment, I thought I was watching a still picture from the anime. It shows how perfect yayacosplay’s portrayal of Faye is. The hair length and the band are just too good. She is a professional cosplayer, and it is obvious that she is going to be one of the best. 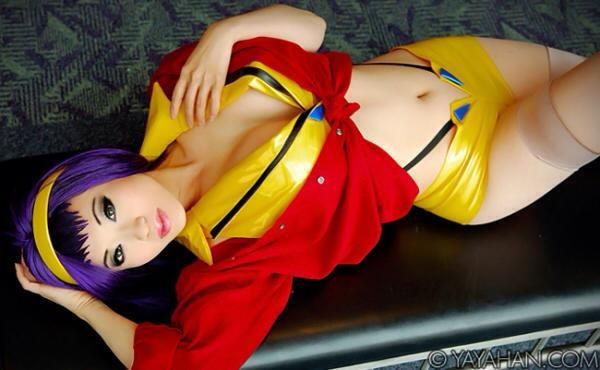 A professional cosplayer is going to do through the character and gather information. It is the same for Termina Cosplay. She left no margin for error, and the background suits perfectly. Follow her on her own page named TerminaCosplay. 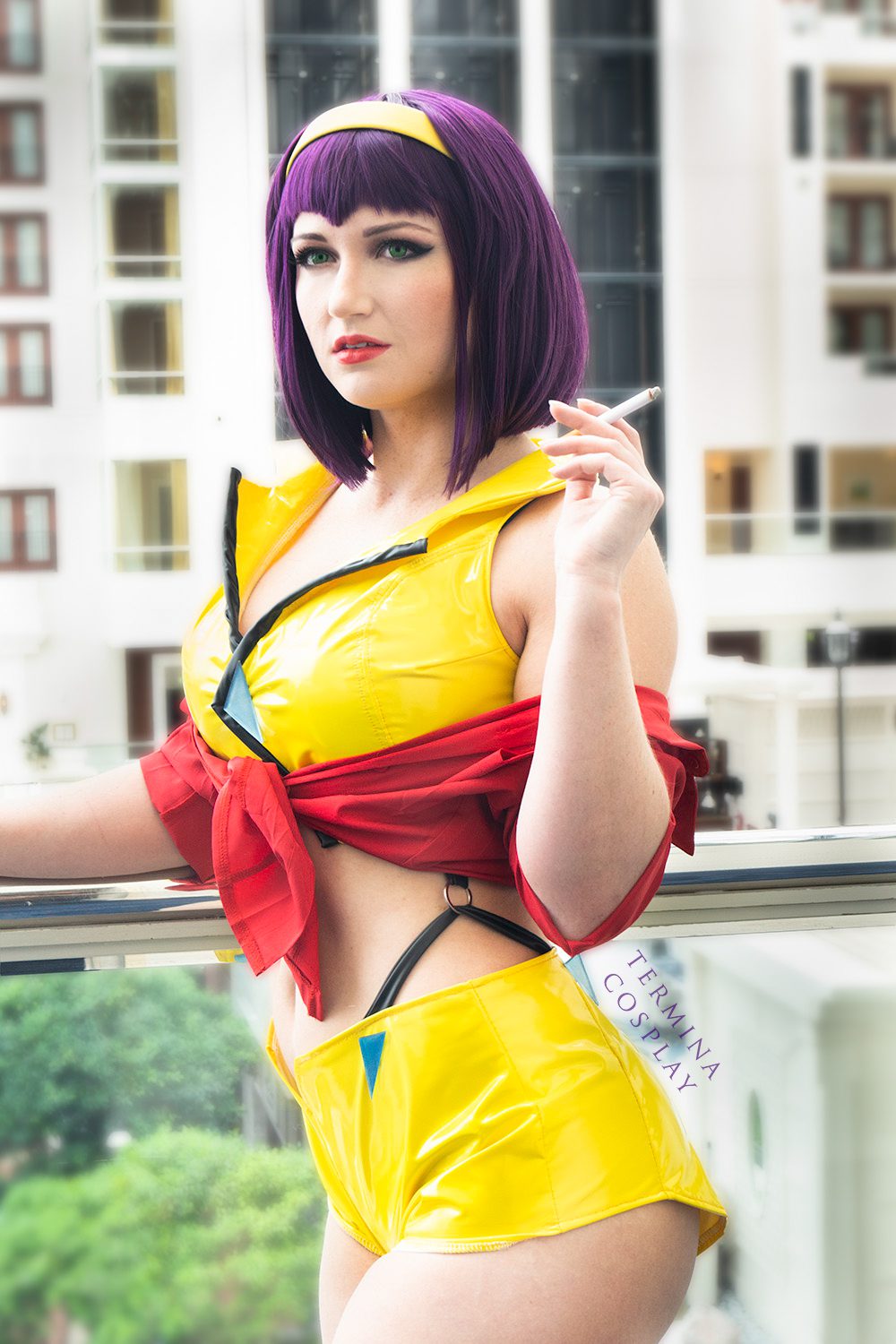 Even though the yellow headband is hardly visible, she still made the list due to her perfection. There is no doubt that she is a Cowboy Bebop follower. Her cosplaying sense is very good. 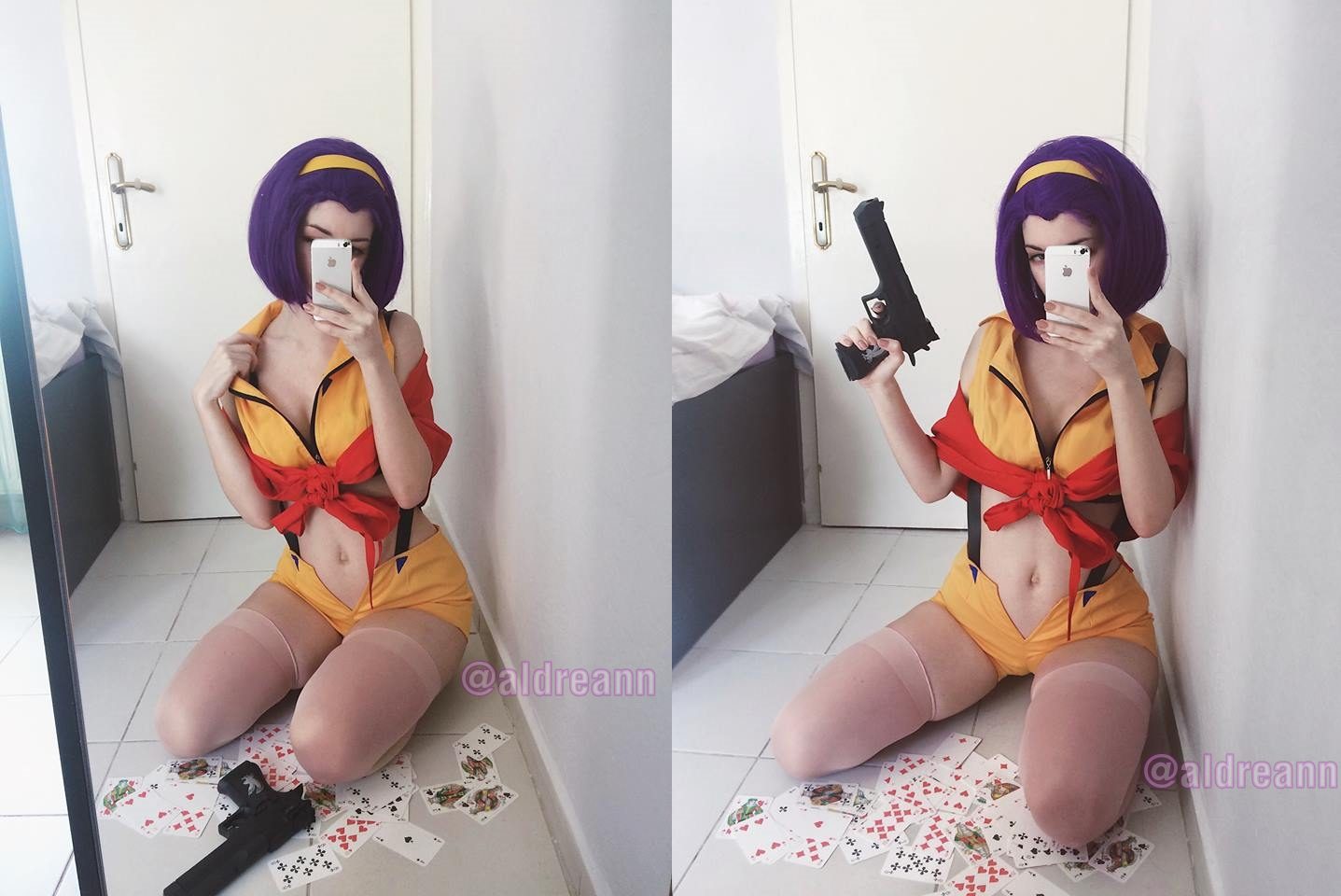 Truth to be said, Akemi is one of the best cosplayers around the globe. Her background matches her clothes. Faye Valentine would be proud to see this cosplay. It is like seeing a mirror image of her. 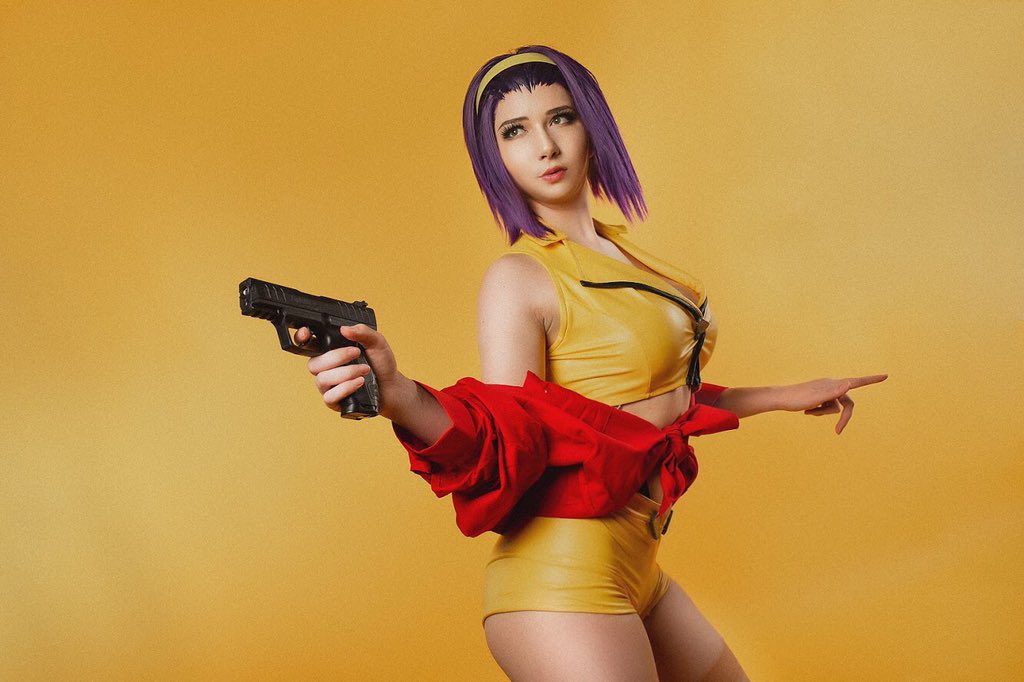 Many people will say her hair is more blue than original, but leaving her hair, she makes up a perfect Faye Valentine. Those black stripes did the job. 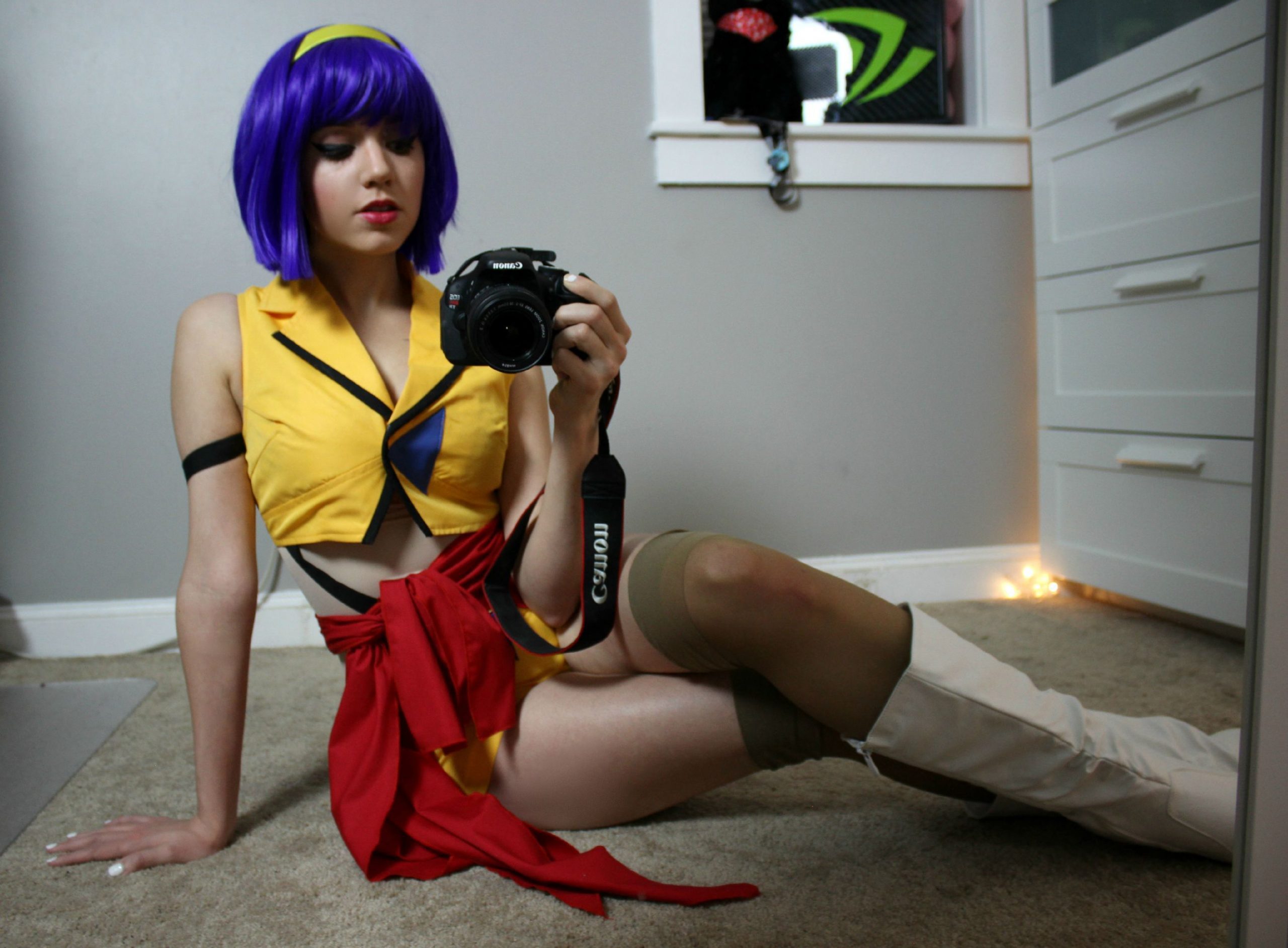 Her background is like the Bebop spaceship. The shirt is on point. Reaverskill is the only one on this list with the shirt on. The look on her face looks the same as Faye’s. The widow’s peak on the forehead is also mind-blowing. 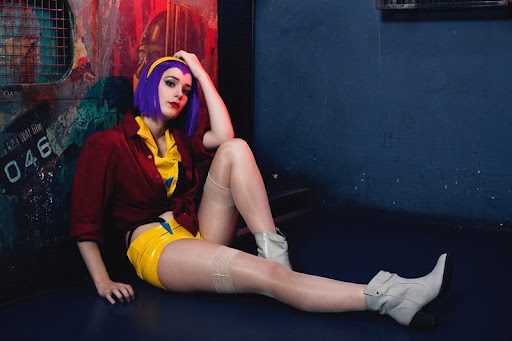 Faye Valentine has the same kind of smirk on her face as AliciaMigueles. It is very difficult to cosplay a character that is this popular. But she left no room for errors for people to criticize her. 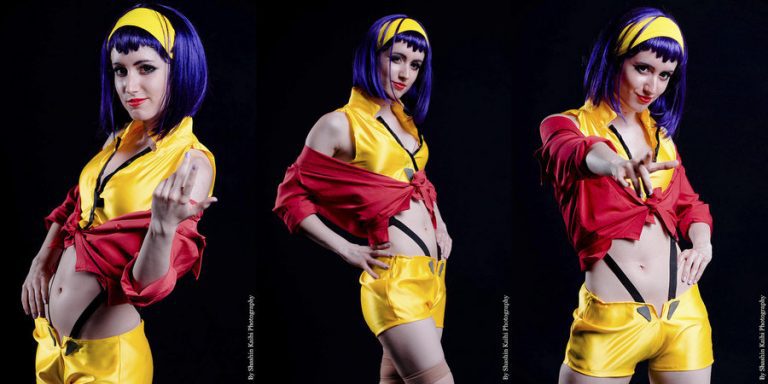 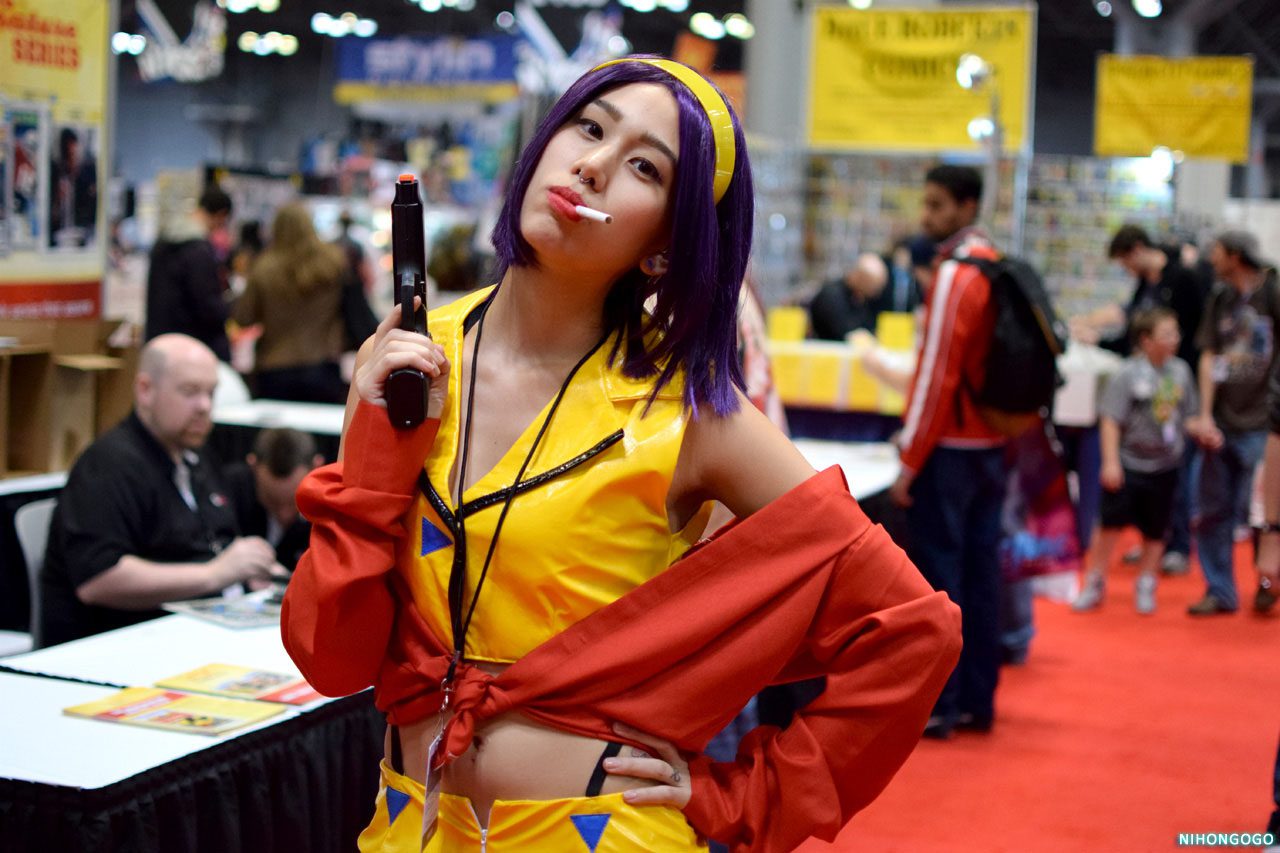 HezaChan is trying to bring out the naughty side of Faye Valentine. The expression on her face says it all. She would be a bit higher on the list if her cosplay details were more visible. 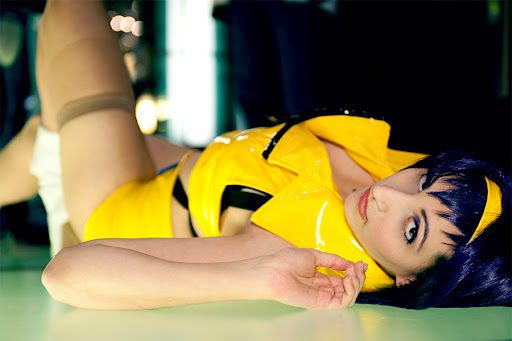 It had to make the list because, unlike the other cosplays, it shows how Faye Valentine would look in the future. With tattoos and phones in place of guns and cigarettes is something to look her. This image of her is enough to make the male Cowboy Bebop fans go crazy.