Are you missing Reservation Dogs on your screen? Well, you are lucky in that case; Reservation Dogs is coming with a season 2. The series is unique in a number of ways. The major point that impresses a lot of people is the reality shown in the show. As other shows show a unicorn world, this doesn’t do the same. The location of this series is rural Oklahoma, which has been first time taken into consideration for the purpose of shooting. Even the storyline is a bit more unique than expected.

The story of this series revolves around four  Indigenous teenagers who reside in rural Oklahoma. The teens are shown to commit crimes and fight it every day without having any fixed goal in life. The unfortunate setback came in the lives of teens when one of their teammates, Daniel, died. The main story of this gang starts when they decide to leave their hometown to move to California for a better life. But, as we know, it is not that easy to run away from a criminal life. The troop will have to work on finding a loophole in ending their crime life and upgrade to a better life.

The main characters of the show will definitely make a comeback. Apart from that, a few recurring actors are also expected. The show will present Devery Jacobs as Elora Danan Postoak, who lost her mother as a child and since then gave her entire life and focused on the gang. We hope to see her love for gang increase with every passing day. Moreover, the new season can’t come without D’Pharaoh Woon-A-Tai acting as  Bear Smallhill, who is a self-obsessed member of the gang and thinks of himself as the leader; the funny part is that he is the only one who thinks like so. Bear has also claimed to meet his guardian spirit several times. Bear is one of the gang members who have a good relationship with his mother.

Furthermore, Cheese will be played by Lane Factor, who is known for going with the flow. He is a pro at connecting with adults. We can’t forget Willie Jack in season 2, who is a tomboy having very intimate bonds with her parents. But, Daniel’s death didn’t leave her the same person. 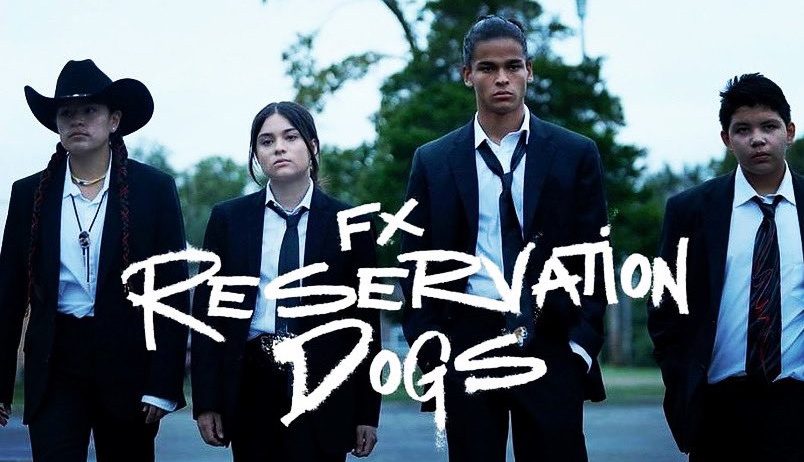 Where Did Season 1 End?

The starting of this season is right from the end of the previous one. The last season ended with the tornado coming with a huge speed towards Rez Dogs as they finally set everything in line to fly to California. The church acts a refugee camp for the majority of people while Brownie tries the streets to search for equipment to divert the tornado. Also, Bear’s guardian angel makes a comeback to see if his job before leaving is done or not. Moreover, the future of the Church was decided in a conversation between NDN Mafia and Rez dogs.

The release date of the popular show Reservation Dogs Season 2 is said to be August 3, 2022. The first day will make fans binge two episodes, whereas the rest will come out weekly.

The show has won multiple accolades after the end of season 1, we wonder what would happen after season 2. Some of the accolades won are  Peabody Award, two Independent Spirit Awards, and nominations for the Critics’ Choice Television Awards and Golden Globes. This can clearly show the show’s intensity and the good balance of plot and cast.

How many Episodes will season 2 have?

The expected number of episodes in Season 2 is ten. Trust us, the last one will make you want more.