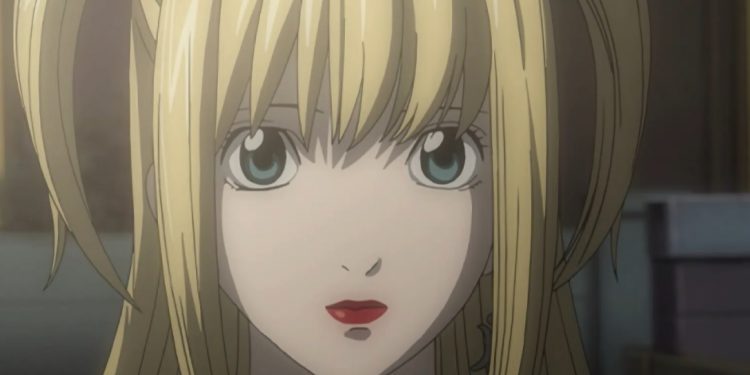 Death Note isn’t only a fun anime; it’s also a reflection of our own lives, with its hate, misery, and desire for vengeance, among other emotions. We somehow feel responsible for all the bad things that happen around us or in our country, and we wish we could eradicate all evil and punish people for their wrongdoings. That’s one way of thinking. The other is where people gain power, and instead of using it for good, they abuse it and lose the ability to distinguish between good and bad.

This anime depicts how a high school boy receives a diary called ‘Death Note,’ which possesses the powerful ability to take people’s lives and can eliminate anybody if he writes their name correctly and photographs them. Within the story, the boy, Light Yagami, meets another holder of Death Note named Misa Amane. So, today we will discuss the top 12 facts about Misa Amane from Death Note.

Death note was dropped by Ryuk, a shinigami who was bored with his Shinigami world and wanted some drama in his life, so he dropped the notebook in the human world to see what a human would do with it. The Death Note was discovered by Light Yagami, a 17-year-old high school student who was extremely intelligent and bored as well. He resolves to use it to assassinate all criminals, earning the moniker Kira in the process. His ultimate purpose is to rid the world of evil in order to build a utopia, which he will then rule as a god.

Misa Amane is the admirer of Light Yagami. Misa, a prominent idol in Japan, is a girl who has a huge crush on Kira. She is immature and, in an attempt to be adorable, frequently refers to herself in the third person. During an attempted house robbery, her parents were slaughtered in front of her. Misa thought justice had been done after the trial against her parents’ killer went on for a long time, and when he was slain by Kira. Misa’s fixation with Light is well-documented in the anime, and she has previously stated that she fell in love with him at first sight.

Light, on the other hand, has a different opinion of her and exploits her to carry out his goals. Misa Amane also possesses a Death Note, and her Shinigami eyes, which Light lacks, make her more helpful to him. Not once, but twice, Misa obtained the Shinigami eyes at the cost of half her remaining life span. She has been referred to be a second Kira as well as a Kira fan. Here are some facts about Misa Amane that might interest you!

Misa Amane has always been shown in anime as a beautiful girl who is constantly well-dressed, implying that she is a model who is frequently seen on photo shoots. She has a large fan base, and people adore her, which is one of the most compelling reasons for Light Yagami to choose her as an asset. Misa is not just a brilliant model and actress, but she’s also a fantastic vocalist, which may surprise you. Misa is a well-known singer and television personality in film series, musicals, and television dramas.

2. Misa Amane is a single child, but only in the anime

Misa has always been shown alone in anime and in her home. She was not discovered with any siblings or anybody else, and she is depicted as a self-obsessed kid who pampers herself and takes care of her wants, implying that she is most likely her parents’ only child. That doesn’t appear to be the case; it’s one of the lesser-known truths in the anime and manga series that Misa had siblings. In the film series, she is shown to have a younger brother. However, in the manga, she is shown to have an older sister. It makes her anime status as an only kid an intriguing option.

Misa’s character has evolved from the beginning of the manga. Misa was largely employed as fan service in previous translations. She has, nevertheless, grown into a three-dimensional figure and a formidable lady. In the musical, her affections for Light are genuine, and her love for him isn’t shown as a joke as it was in the manga.

Misa was far more engaged in the Kira assassinations in the Netflix film, and she went over Light’s back to achieve what she desired. Her line of work has also shifted. She plays as a musician rather than a model in musical and live-action drama.

Misa is always seen as a bubbly, playful, and outgoing character with a pretty innocent face. This makes us forget about her cruel side. For one, she took the life of several Task Force members without hesitating in the slightest, acting on her own without any orders from Light to do so. She was also seen threatening Light if she ever found out about him seeing other girls that she’d kill them. She was also seen offering to kill her own friend to show her loyalty.

We all know when Misa Amane was born, but we rarely know when she died. On December 25, 1984, Misa Amane was born. She was supposed to live longer, just like any other human, but she chose to shorten her life in order to gain the power of shinigami eyes twice. This demonstrates how insane she was to help the man who murdered her parents. On February 14, 2011, Misa died. Misa became depressed after the death of Light, according to the series’ writer, Tsugumi Ohba, and attempted suicide. She was born on Christmas Day and passed away on Valentine’s Day.

She’s regarded as one of the most difficult manga characters to develop. Her mentality and everything were tough to portray, and the writer admitted that it was difficult to put himself in the thoughts of someone who would act so irrationally and invest so much in a person to not only demonstrate love but also to do everything for the one they love. Obata also stated that, although being a unique character to write, she was also a lot of fun to draw. It’s no surprise that Misa is regarded as one of the anime’s most intriguing characters. During his investigation for her, he truly loved the magazine he was reading.

The character’s name, Misa Amane, is quite intriguing. The writer says he’s not sure, but he thinks the name comes from the Japanese word ‘Kuromisa,’ which means “Black Mass,” and Misa’s last name, Amane, meaning “Sound of the Heavens.”

Misa’s eyes were originally brown in the anime, but they were occasionally blue, implying that she wore contact lenses while she worked as a model and actress. Her eyes frequently become red anytime she uses her Shinigami eyes to glimpse someone’s name or learn about their life duration since she has Shinigami eyes.

9. She was not so bad after all

Despite her cheery nature, she’s generally portrayed as a cold-hearted person who wouldn’t mind killing anyone, yet if you recall, she did care about her manager, Matsuda. Their personalities were very similar. They were both upbeat and childlike, making them unlikely buddies. Misa was upset and saddened to see her biggest admirer go in this manner when Mogi had to replace him after he was forced to fake his death. Matsuda was regarded as an imbecile by many people, including Light and L. Misa outdid even the Task Force members in terms of compassion. As a result, she is nicer than most people assume.

Misa’s demeanor and appearance frequently obscured the fact that she is also brilliant, as seen in the series by her ability to set up the trap for L with Light, not simply that she was able to recognize Light while concealing her identity. She’s also the one who ultimately coaxes Higuchi into confessing.

Death Note contains several religious references, although Misa is never seen worshipping anybody other than Light, to whom she dedicated her life. She’s been engaged in so many murders that it’s impossible to say if she’s religious or not, but one fascinating thing about her is that she dresses gothic and, aside from that, Misa wears a Rosary. She believes Light is God. Therefore it’s only natural that she would do everything for him, even if he hadn’t avenged her parents. Light was happy to exploit her in whatever manner he wanted since he really wanted to be a God.

Misa was blindfolded and tied up in Chapter 33 of the manga, “Removal,” which was censored in the magazine version. L grabbed her and kept her as a captive because he had proof that she was the Second Kira. He wanted to learn more about Kira. Obata tried to make the scenario suitable for the public, but it was still deemed too explicit, leading to the censorship of one of the pictures. However, in Volume 4, the image was not censored.