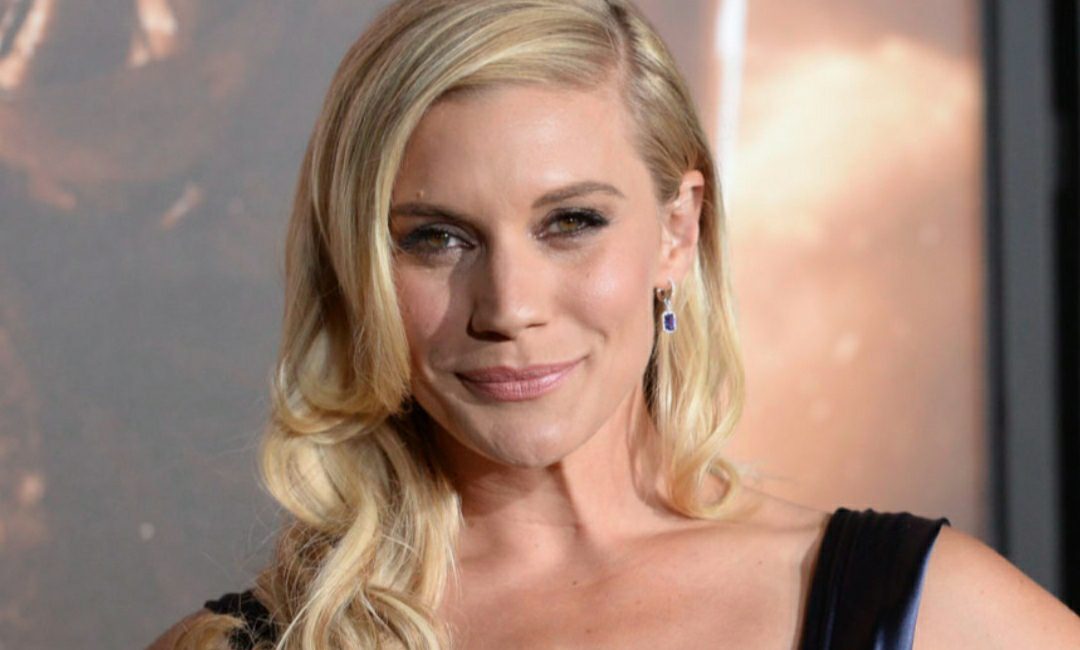 The Star Wars actress, Katee Sackhoff has unexpectedly revealed her new boyfriend all of a sudden. That is making her fans crazy. Most of you must be well aware of the fact that Katee Sackhoff will be seeing playing a major role of Bo-Katan Kryze in The Mandalorian Season 3. That is set to release at the beginning of 2023. In that case, there are still a few months that you have to wait to see her on-screen.

Recently, Katee Sackhoff attended the Showmasters fan conventional event. That’s where she clicked a picture with her ‘boyfriend’ and later posted it on Twitter. You must be surprised by this news. Well, the social media platform has a lot to say in this regard. Let’s find out who Katee Sackhoff’s new beau is.

It was on 10 July 2022, that Katee Sackhoff posted a picture of her standing on a chair so that she can hug her new love interest, sidewise. You must be wondering who he is? Well, it’s everyone’s favorite Wookie. She added the caption saying ‘New Boyfriend’ followed by laughing and blue heart emojis.

Fans, who already came across this picture, have posted hilarious comments. Some have said, “Cool Couple.” Well, the others have said, “Get ready for a date night.” Cutely, some have showcased their jealousy and shared that they want a Wookie. Not to forget to mention one very funny comment, that goes by “I think if you 2 can get over the height difference, you could make a great couple”, followed by red heart and laughing emojis.

People have taken this funny announcement of Katee Sackhoff positively. The Twitter post is flooded with hilarious comments. The actress also took it sportingly. At present, people are badly awaiting the release of The Mandalorian Season 3 which is scheduled to air in February, next year. Best Wishes to Katee Sackhoff.

You can watch the previous couple of seasons of The Mandalorian on Disney+ Hotstar. Hurry Up!