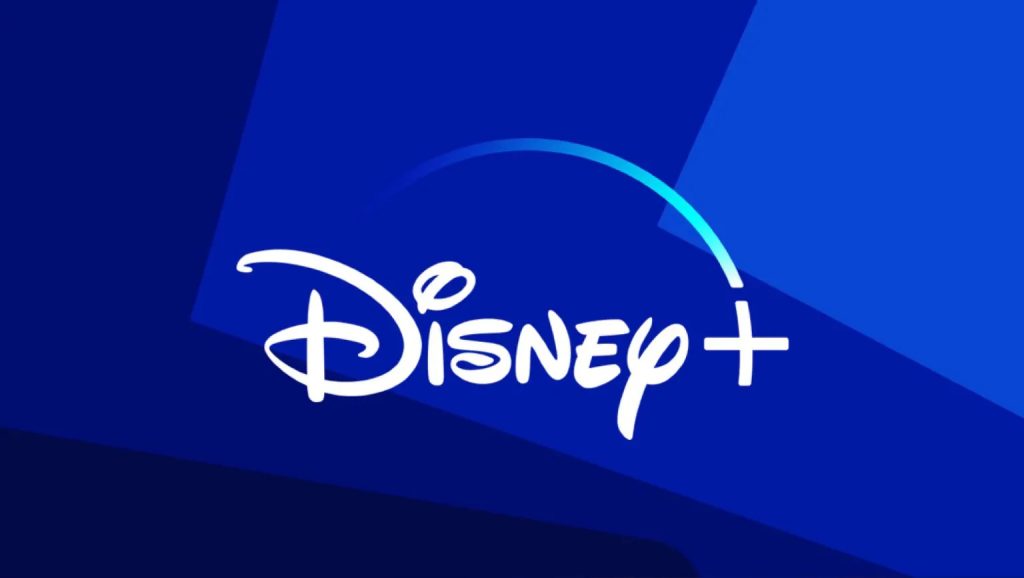 With the rise in streaming platforms, Disney Plus is also expanding its content. Given the fact that it has merged with the Marvel Universe, the service has seen an eventual rise in the number of views. There are other Star Wars ventures as well that have gained immense popularity at Disney Plus. Under the leadership of Bob Chapek, the financial situation is obviously seeing an upside trend. Well, here we have wrapped up the top 10 Disney Plus series of all time.

Be it MCU or the Star Wars Universe, it is obvious that Disney has an edge over various other streaming platforms. Established by Walt Disney, the company surely has come a long way. With the studio making history every year with its box office success, it would be curious to see the future.

This is the first Star Wars series to ever release, and it was uploaded on Disney. The plot sees The Book of Boba Fett joining The Mandalorian. At the time of its release, there was so much hype in the entertainment world regarding the plot. The action scenes gave us a strong sense of justice, while the plot successfully delivered a memorable script.

The best part about this show was obviously Baby Yoda, who won our hearts with its cuteness. The directors have successfully edited a 10-hour-long film into a show. Each episode feels like a film, though, with its own twists and turns. The Mandalorian also gave a big-ticket to Disney Plus as it announced its launch among the platforms. It can easily be considered as one of the Best Disney Plus Series. 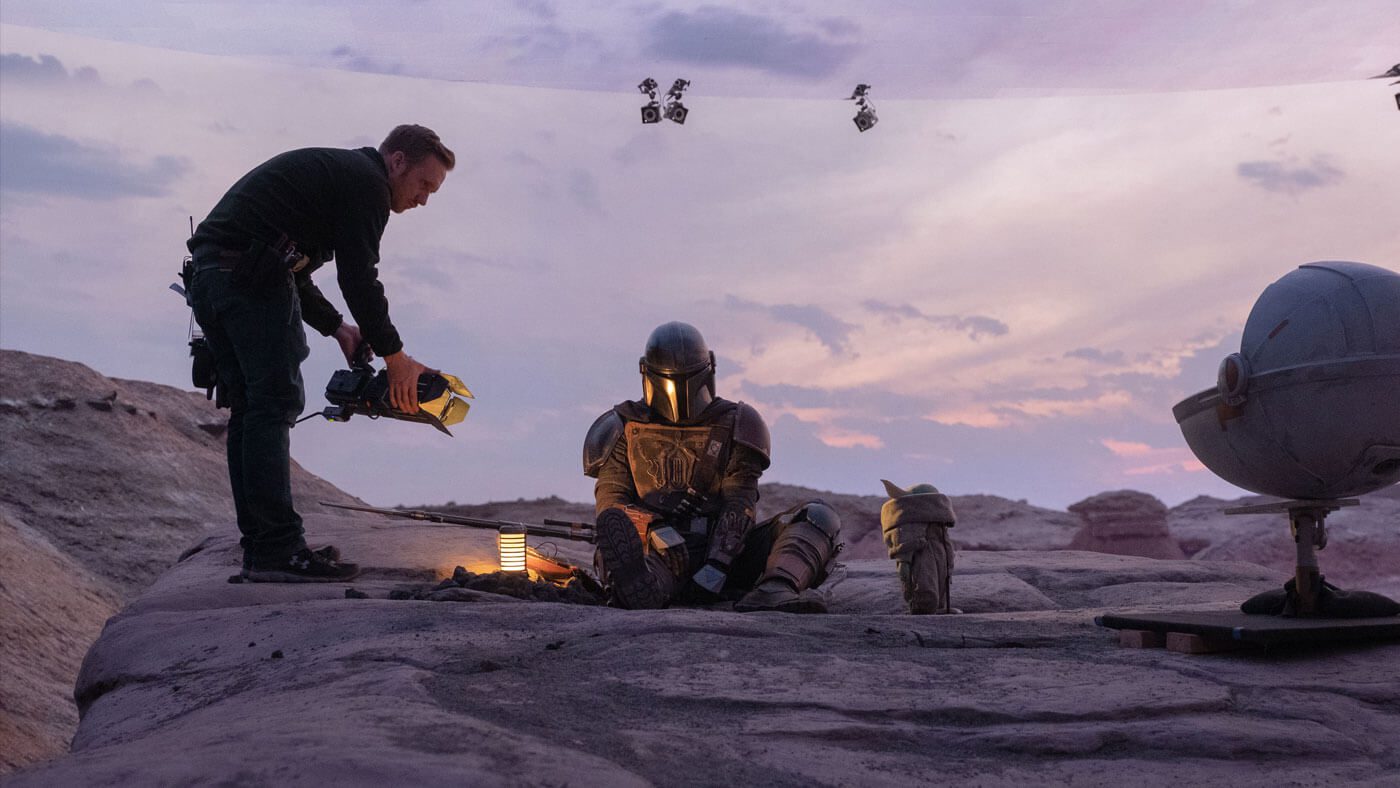 The Mandalorian on Disney Plus

Marking the beginning of Phase 4 of the Marvel Cinematic Universe, Wanda Vision delivers such high-quality graphics that it truly deserves an Emmy Award. There is a lot of grief involved in the film with a very classic family sitcom. Rocking its way through the science and fiction genre, Wanda Maximoff gets her own solo debut. We saw in the Endgame how everything was stolen from her, the love of her life as well as her brother. This series takes us into her past with Vision and how her happy dream broke into reality.

Loki is one of the best Disney Plus series to be made till now. He is considered the notorious member of Asgard and Thor’s little brother. We finally get to see his point of view in the fourth phase of the Marvel Universe. The plot explores this character with Agent Mobius and combines the elements from other series as well. We see a direct inspiration from Doctor Who with something of a cop comedy sort. In this Marvel show, we see him finally getting out of his home, especially away from his brother.

Well, in the previous Marvel films, we have never seen Hawkeye being the lead. Although, this solo adventure helps the fans in understanding in character even better. Initially, we did not expect a lot from this series. Although, when the episodes were released, it was everything that the viewers can talk about. The cast sees singer Hailee Steinfeld as Kate Bishop, taking the helm of Hawkeye, that is, Jeremy Runner, off of his shoulders. This spin-off surely casts off the much-deserved attention that has not been given to the Avenger before. 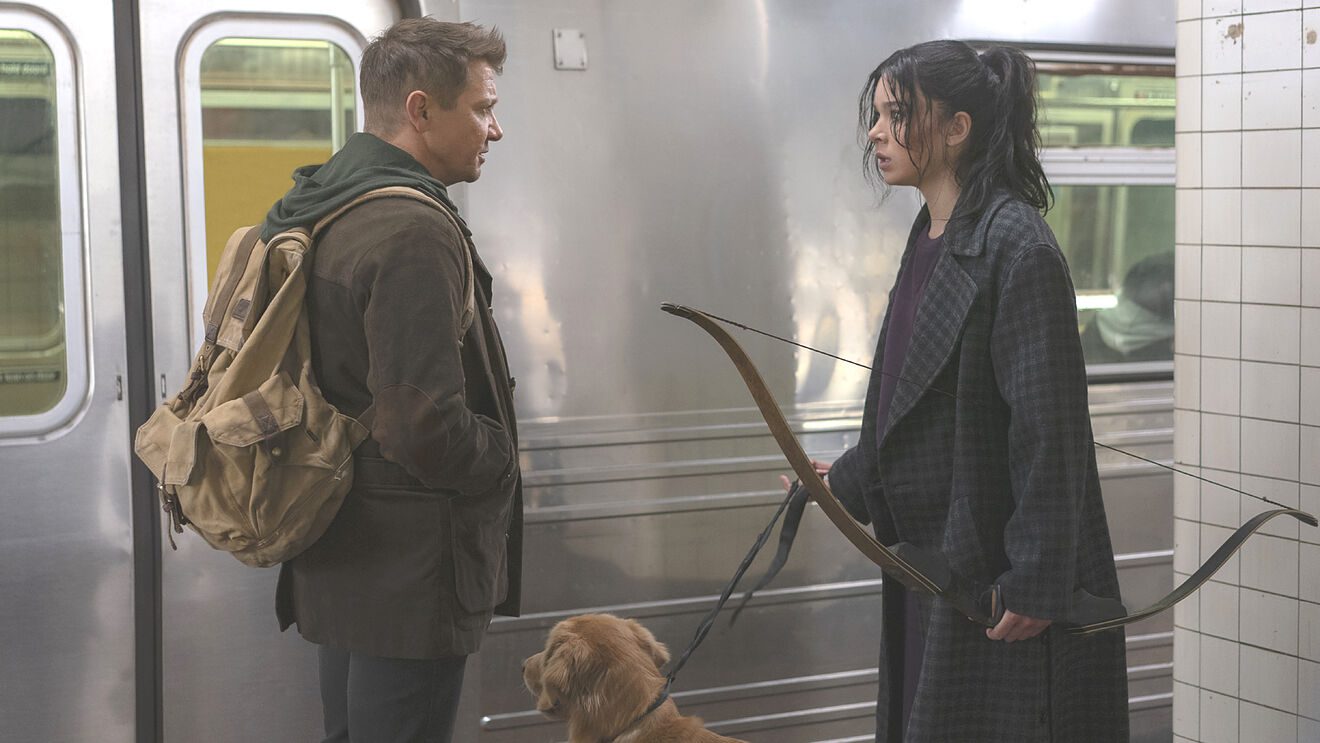 Hawkeye on Disney Plus

This is the latest addition to the Marvel shows present on the platform. It is something very different from the Avengers yet successfully gives away the entertainment fans need. The lead is Marc Spector. This character has alter-egos, including a museum employee called Steven Grant. Steven is rather introverted and does not talk much to anyone. Marc actually is suffering from a mental disorder that forces him to shift his personality. One day, he even turns into Khonshu, the avatar of an Egyptian god. By turning into this character, Marc fights the evil around him and presents consequences to the wrongdoers.

Taking the focus off of just Marvel shows present on the platform, we have Obi-Wan Kenobi. It can easily be declared as one of the best Disney Plus series. This installment gave us a powerful insight into the Star Wars universe. The main character is Kenobi, who is trying to save Leia. The Galactic Empire is the main antagonist here. The timeline of the show is set 10 years after the Revenge of the Sith. Darth Vader also is present in the show and adds to the overall zeal. It is a great addition to Star Wars franchise as well as one of the Best Disney Plus Series.

Iron Fist creatively adds to the small screen MCU drama. There are some elements in this show that do not exactly stand up to the standard of Marvel, nevertheless, the plot delivers a successful thrill to the watchers. The series was recently canceled, although you can still enjoy it on Disney Plus. The show focuses on Danny Rand. He is a billionaire. He is meant to be the hero that the small screen MCU industry needs.

Thus, the helm and responsibilities of being an Iron Fist fall upon his head. The first season did not develop the storyline a lot. Although, with the release of the second installment, there were some notable character arcs and plots being updated. During its high time, the MCU and Disney collectively decided to cancel the series. Although, its story still consists of some elements that are important to understanding the other shows in MCU.

8. Diary of a Future President

This show takes us away from the Marvel and Star War series on Disney Plus for a bit. In Diary of  Future President, we see how young child evolves to become something great in their lives. The main focus of this series is Elena, who is still studying in middle school. The plot follows each day through her diary entries. Elena is the narrator of her story.

Given the fact that we are looking forward to her becoming a President later in life, the series also tackles some future scenes where she is in the said role. Disney Plus has never had Latinas in the lead role. But with this show, every record changes. There are various LGBTQ characters present in the drama that gives it a superiority nudge over other originals meant for kids. The plot and characters make people from every ethnicity and gender feel appreciated and involved.

This is yet another great show for the kids to watch on Disney Plus. The education is provided to the young minds in a fun and creative manner that resembles entertainment. Well, this series is not all meant for kids. There is a little adult content as well. There are various storylines that are woven together through the series in order to make it a whole. There are various segments that we see throughout the course of Muppets Now. The characters have now taken up to earn money through show business. The segments are about game shows and cooking.

We also have a talk show going on underneath. Given the fact that it is supposed to be a talk show, the creators at Disney claimed that it is not scripted. Although, when the series came out on the platform, various writers were credited. This indicated that not all the parts of Muppets Now were unscripted. With this addition to the Muppets franchise, we also witness the addition of a brand new character named Joe the Legal Weasel as well as Beverly Plume.

Earth to Ned is an extremely funny addition to the Disney Plus platform. It streamed 20 episodes on the streaming service back in 2020. The main star of the series is Ned, as expected. He is an alien who lives in outer space. The aliens gave him a mission to take control of Earth and invade it. Well, upon landing, he gets to understand all the cultures of this place. He gets fascinated by pop culture mainly. Soon, we see him opening a late-night talk show.

Here, he entertains the guests from the entertainment industry. This is a very creative turn taken by the writers to bring about an evolution in the talk show business. The episode starts with Ned being what he is, an alien. He gets mesmerized by the new updates in the sports or music, or Entertainment world. Soon, they invite a guest from the related field and have fun with them.

Also Read: TV Shows and Movies Releasing in May 2022 on Disney Plus