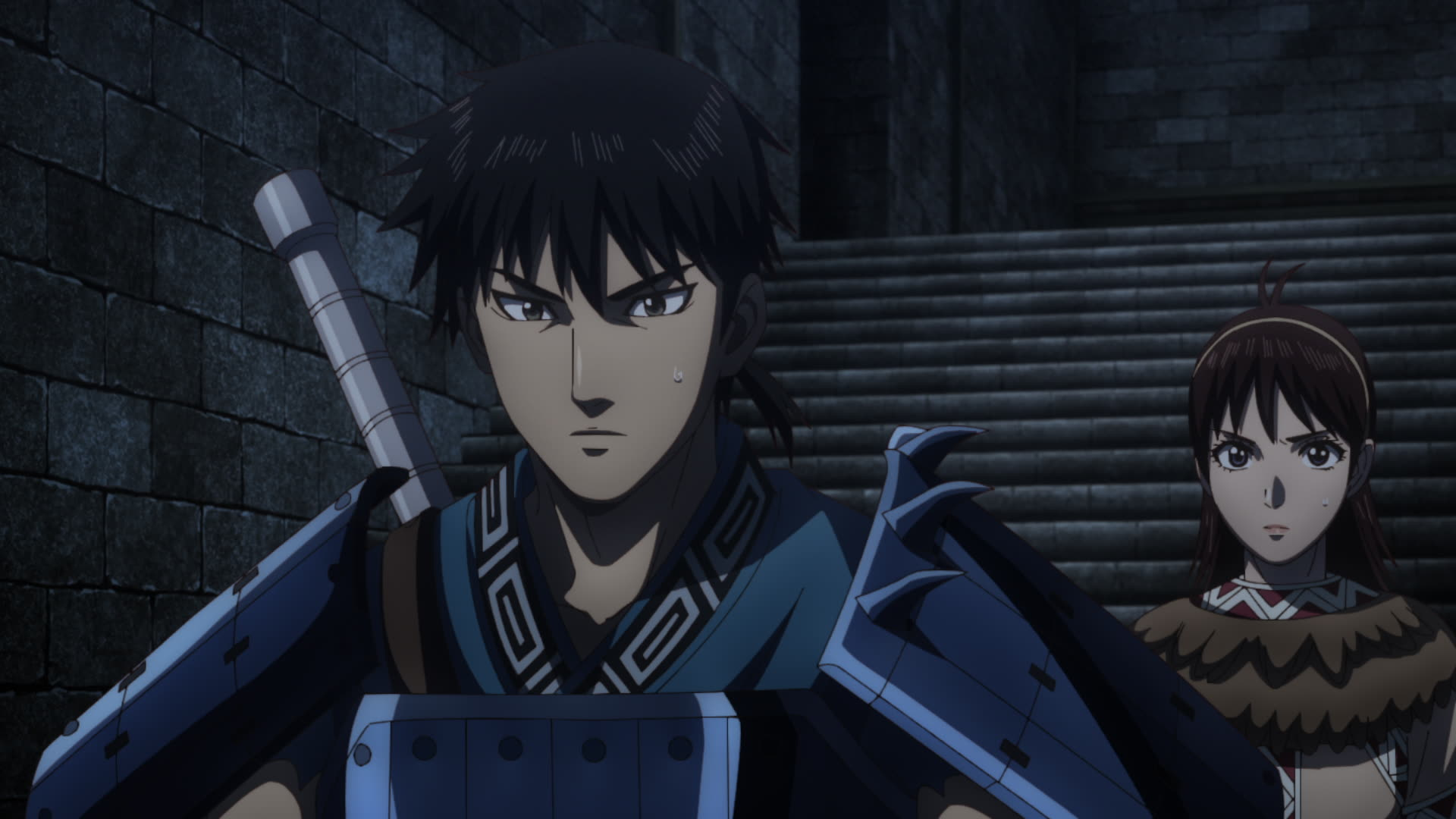 Kingdom Season 4 Episode 15 will arrive soon and the fans are eager to know everything they can about this upcoming episode. Kingdom Season 4 began on April 10, 2022, and is ongoing with some pretty dope action sequences and a good storyline to follow through. Fans have enjoyed the fourth season of the show so far. They have got just what they were promised- a gripping storyline, unimaginable plot twists, hardcore action sequence, and much more. The fourteenth episode of Kingdom Season 4 was titled “A New Nation”. Episode number 14 was as enjoyable as the previous ones and left the fans asking for more like every other week in the past.

Kingdom Season 4 has been directed by Kenichi Imaizumi and Kazuya Monma, produced by  Tomokazu Izumi, Mayumi Kurashima, Kazuhiro Iwami, and Yousuke Tamura, and written by Noboru Takagi, the music is given by Hiroyuki Sawano and Kohta Yamamoto. The amount of different people involved in this anime is not at all surprising. This can also be owed to the fact that the Kingdom manga won a Guinness World Record in December 2012, for the manga to be written by the most number of people. The creators took inspiration from the “Social Kingdom” campaign and allowed fans and many other artists to redraw the entire 26th volume.

The episode begins with people gathered and looking at something. That something is revealed to be a major literary work compiled by Ryo Fui over many long years which is finally completed. The work which just got completed is named Lushi Chunju. The work contains everything Ryo Fui has seen and achieved, information about different seasons, his thoughts, science, and everything else. The greatest thing to be written in Lushi Chunju is the idea of dividing a year into twelve months. The work is known the most for its “One letter one thousand gold” anecdote. Ryo Fui is looking at the crowd below when master Sai Taku arrives. 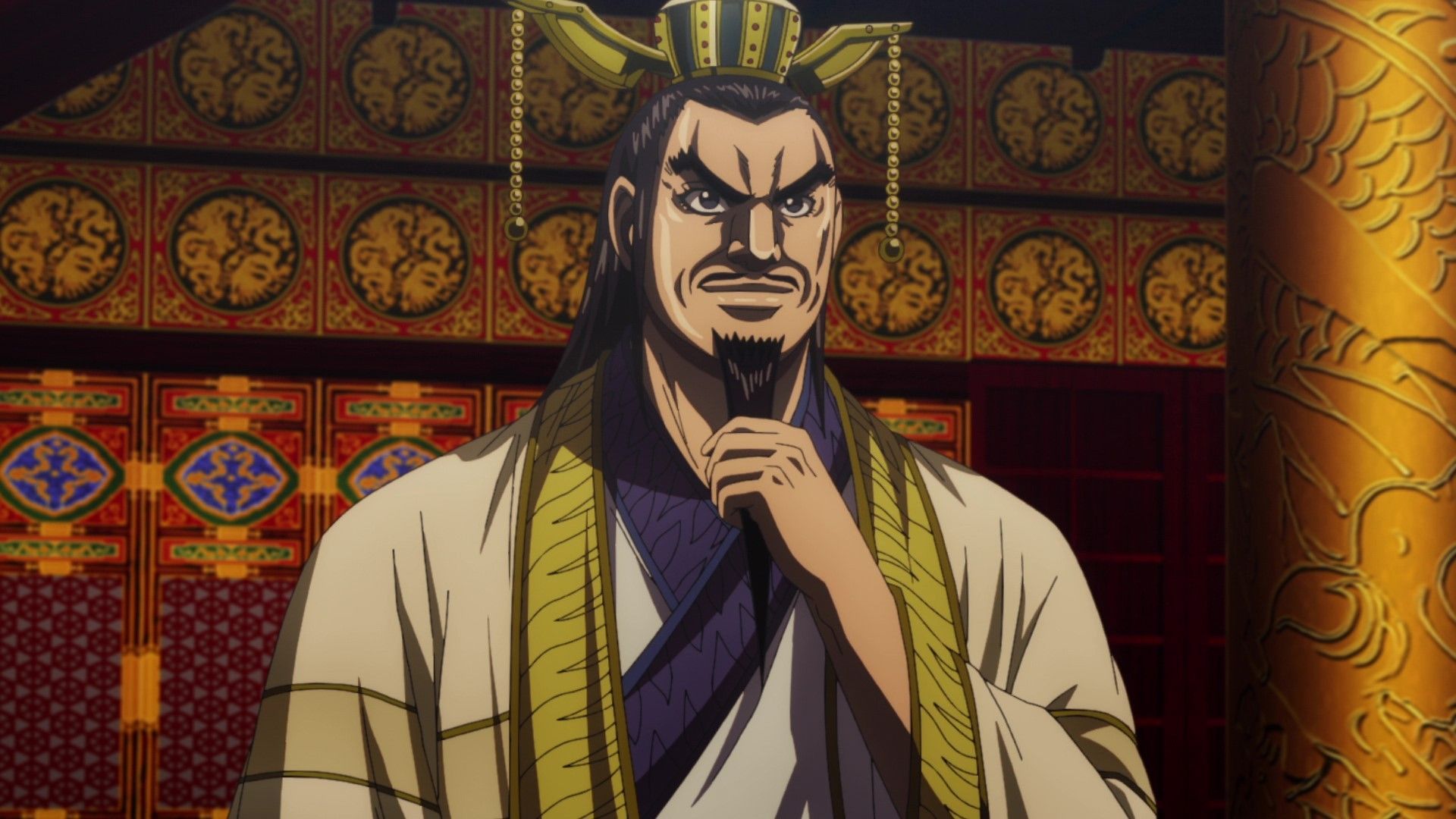 Inside the court of Ryo Fui, people are worried and arguing over who Rou Ai is and what he is after. A reporter arrives and says that Queen Dowager has entered Sanyou with the royal families. Ying asks his courtiers what the situation is. One of the members in his court responds by saying that he has already dispatched Kai Yoku to look into the matter. A soldier arrives and asks Shin to lend another 10,000 of his forces to which Shin gets angry. They ask the soldier where the troops have to go, the soldier replies that they have to go to Taigen. We then see Kai Yoku talking to his soldiers, Kai is surprised by hearing that everyone is gathering in Taigen including Rou Ai with the queen of Dowager.

The shot changes to Taigen where the queen and Rou Ai have already arrived. As soon as they arrive, they declare the Taigen area a nation of Ai. Everyone in Ying’s court is restless and angry with this move of the queen and Rou Ai. The nation of Taigen grows strong day by day as they create an army and resist any attempts from other kingdoms to overthrow them. Ying is left in a dilemma when he receives the news that the So army is approaching from the south. Ryo Fui arrives at the court of the queen of Dowager to discuss something. Ryo wants to talk about how and why she left him when he had given her everything twenty-one years back. He reveals his main motive to come here was to bid farewell to his one true love. The episode ends with General Tou becoming Chins’ second great general (joining Mou Bu) due to his bravery and victory in Choyou.

When Will Kingdom Season 4 Episode 15 Release?

The fifteenth episode of Kingdom season 4 will release on July 17, 2022. It is titled “The Man Who Was Nothing”.

After its local Japanese release, the episode will be available for all the fans worldwide on Funimation and Crunchyroll.