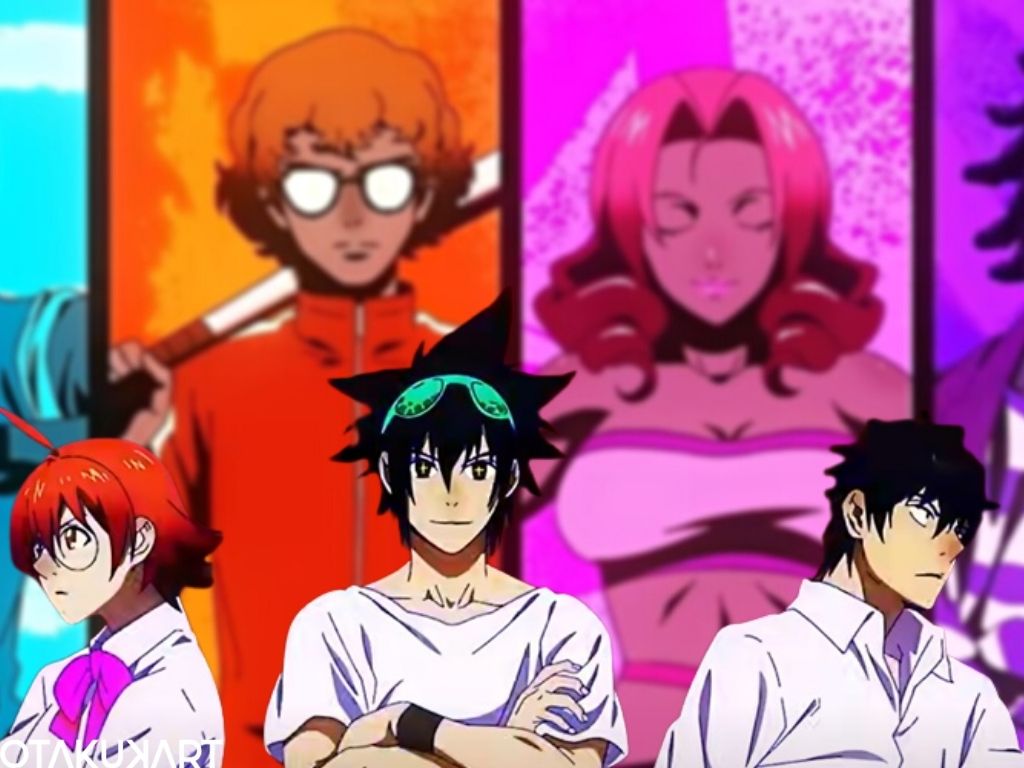 One of the most popular Korean manhwa, God of High School, which also had an anime adaptation in 2020, was created by Yongje Park. First serialized in Naver Corporation’s webtoon platform Naver Webtoon in April 2011, the series rose to the popularity charts pretty soon. The story of the anime series GOH mainly revolves around Jin Mori. Jin Mori and his friends participate in a tournament, where if they win, they will be granted anything they wish. Hanging onto that hope, fighters from different regions participate with wishes they hold different from all.

Also Read: 10 Best Anime Like The God of Highschool

Many fans, sometimes, get discouraged when their favorite anime, especially manhwa-based, ends up in a cliffhanger and takes a lot of time renewing the season. Henceforth, they search up for either similar to those anime or continue the series that can satisfy their curiosity in any way. Therefore, here are ten similar manhwa to God Of High School that you can read:

“Life is a war.” The story of the series, by HUN X ZHENA, begins with the girls. As the ‘Wild’s Private High School’ takes a new step in converting a 42-year-old girl’s martial arts high school into a co-ed institution. Jaegu is the only boy to be present in his class. Wild’s high school specializes in MMA. Jaegu, after enrolling himself in this high school, comes to realize what girls are really like. The story is set in an action-packed school drama where every girl has a different and strong character. 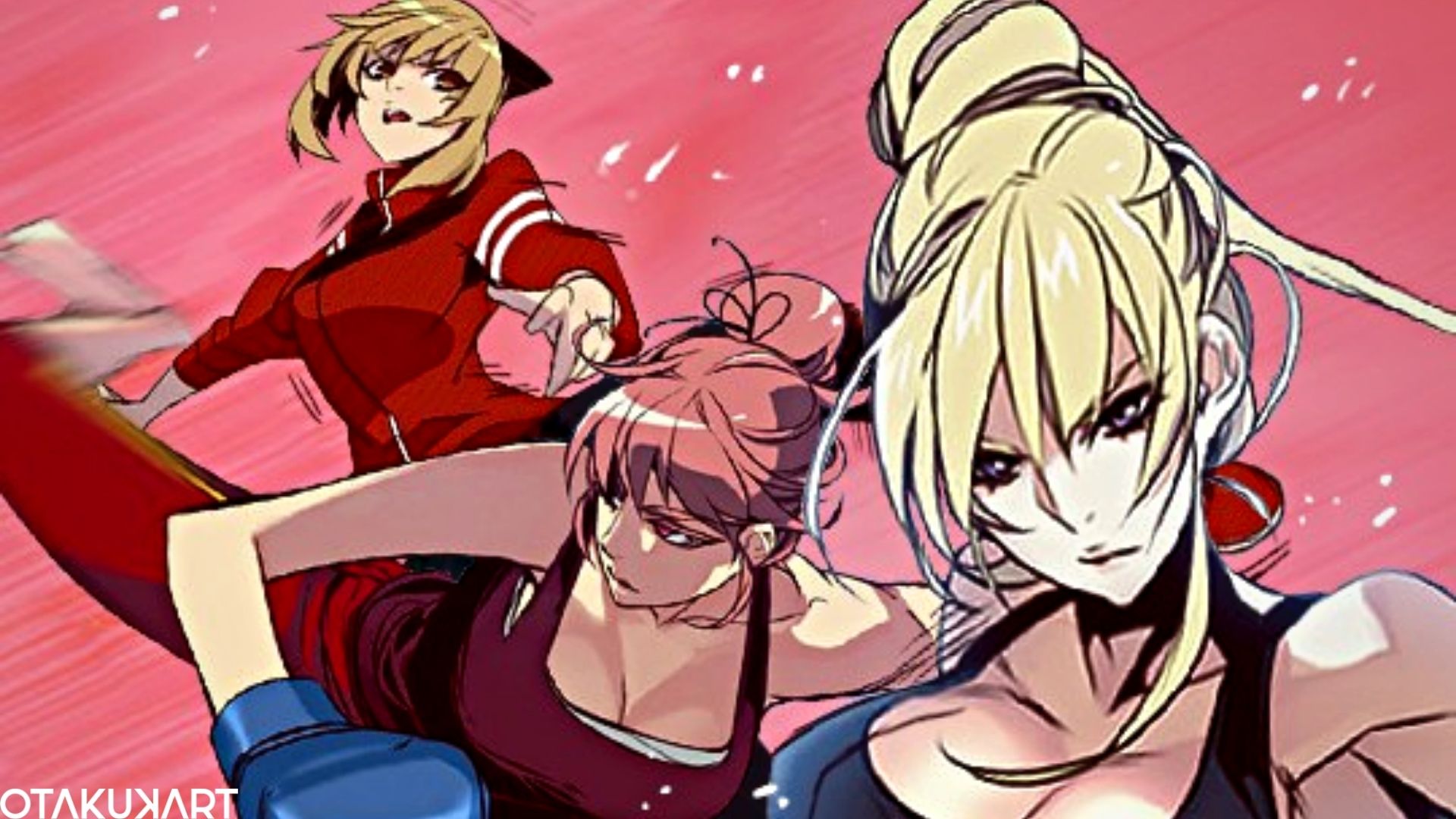 Girl’s of the Wild

A hero who is weak looking but certainly not weak at all. ‘Weak Hero’ is another of the Webtoon series, which you might be looking for after reading GOH. Gray Yeon, the main protagonist who looks feminine, defends himself well enough to even bully the bullies. Gray, who looks like he couldn’t be more than 110 pounds, beats the crap out of the school bully. The skeleton-looking body, height not over 5’2, and a totally weak-looking hero like Gray, seems impossible for many to even imagine he could defeat any. 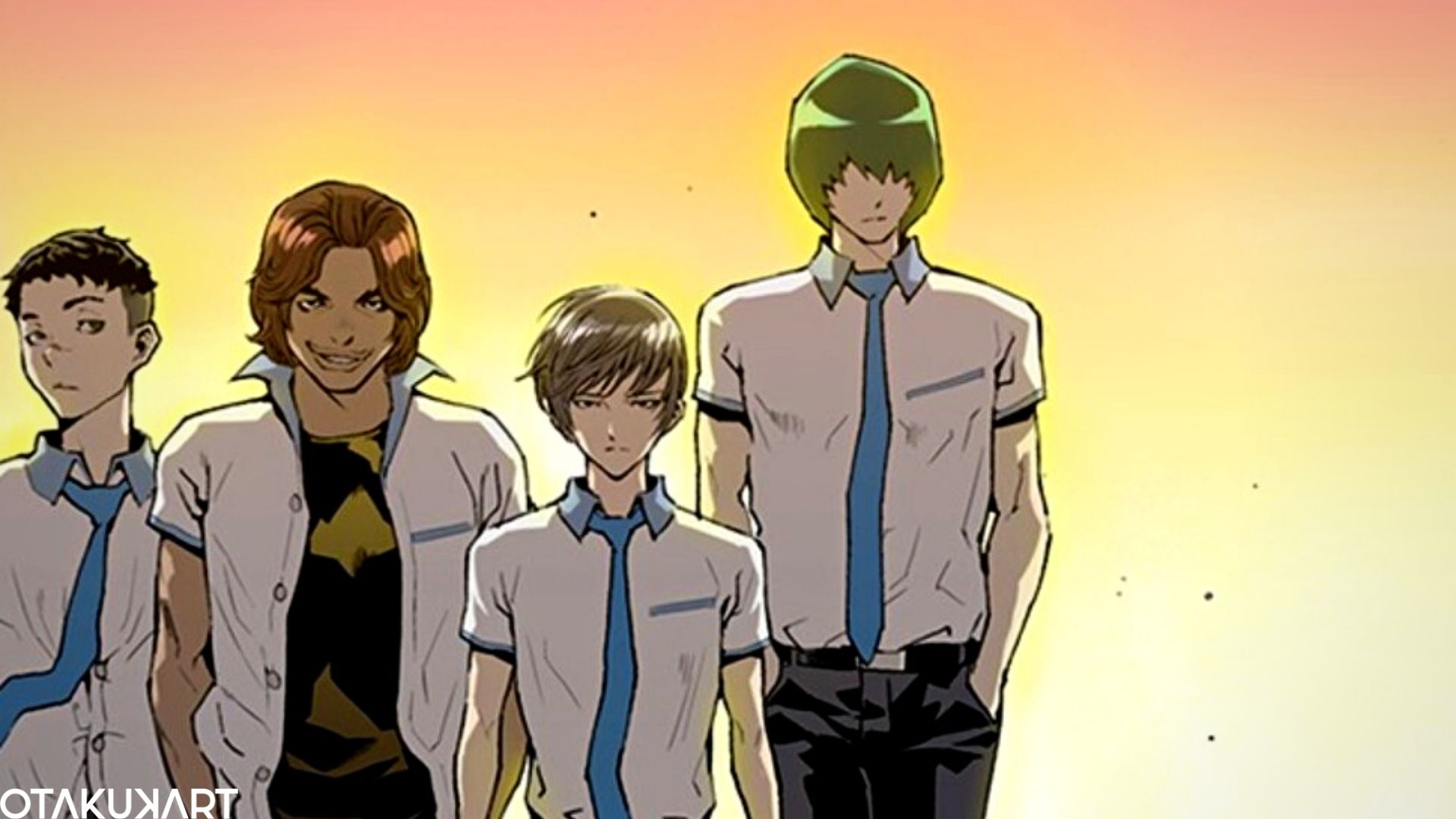 ‘The world is beautiful.’ However, the same world is infested with two-faced sinners who walk amongst all, wearing masks made of human flesh. Now, who could that be? A story by Graveweaver, the ‘I’m the Grim Reaper’ series is deserving of all. To kill a sinner, one sinner per day, the worst sinner of all has become the Grim Reaper. In order not to be thrown into the ninth circle, the void of absolute nothingness, ‘she’ has contracted with the devil to become the Grim Reaper. How will the story unfold? 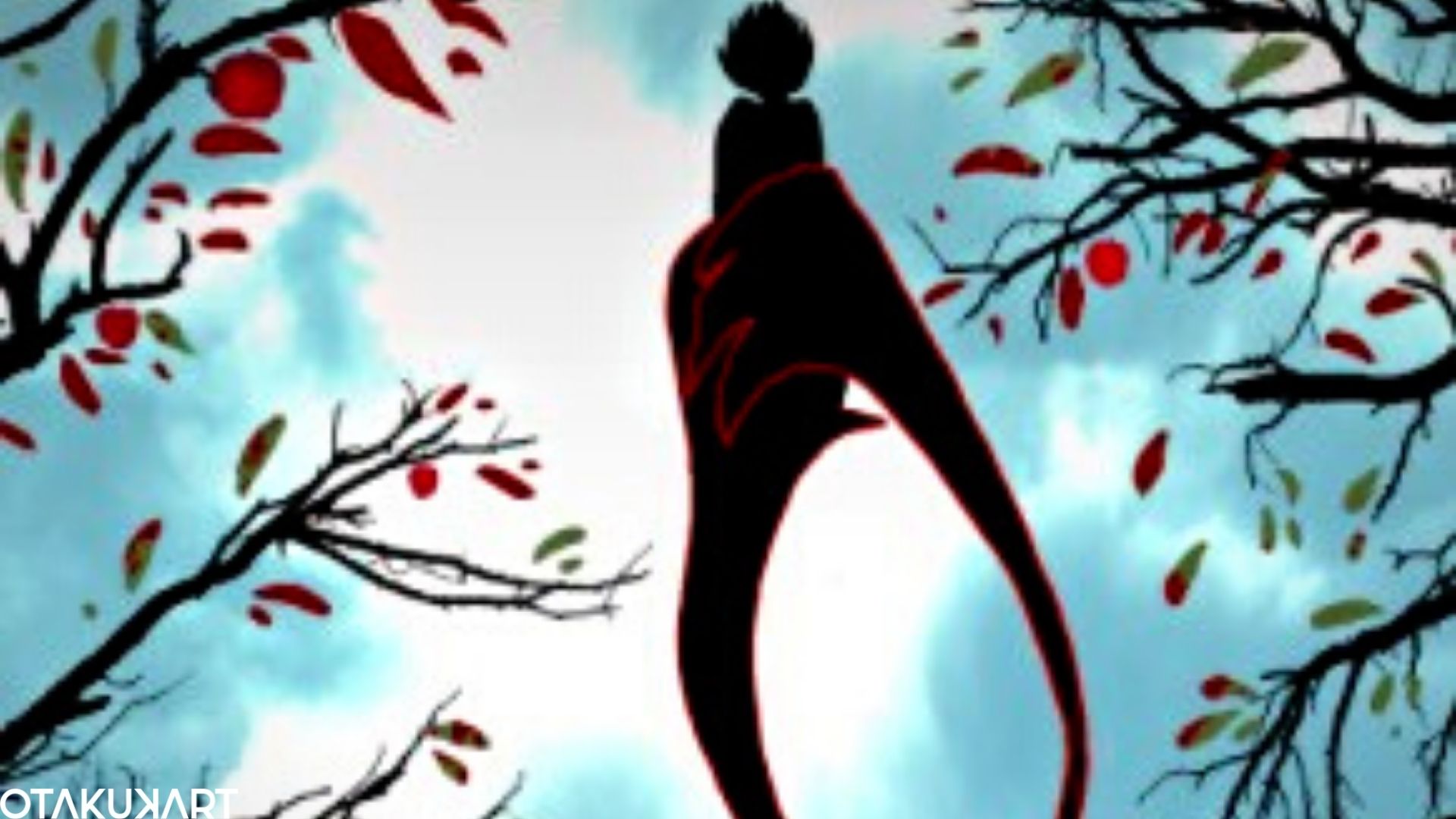 A priest who literally forgets his rites has the talent of exorcising? Well, read the first chapter of the series, and you are sure to be hooked up with the whole. Once you know it, you might have finished it. It’s rare to have action and comedy in the first scene itself. Even when some may have, there’s a chance that it may not be suitable. However, the webtoon ‘I’m the Grim Reaper’ pulled that off right. Erza, obviously not the one from Fairy Tail, forgets his rites while exorcising and instead almost messes the whole mission up. 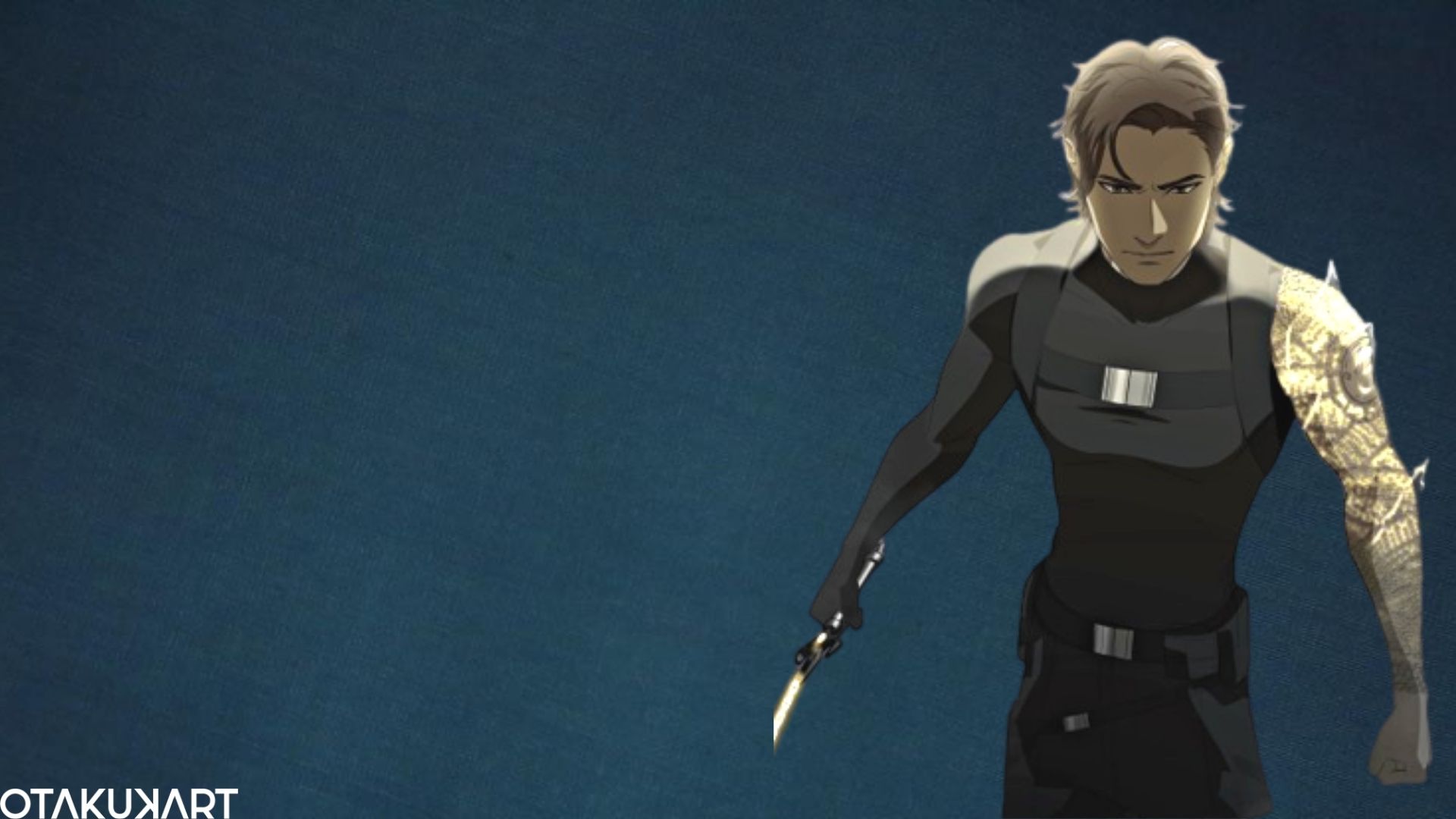 Written by the author of Noblesse and artist of Girls of the Wild’s, Eleceed is one to look up to if you have read ‘GOH,’ ‘Noblesse’ and ‘Girls of the Wild’s.’ The characters are well written and well-drawn, as expected from two popular artists. The story talks of a kind-hearted man, Jiwoo, and Kayden, opposite of Jiwoo. With unique superpowers, the two could make a great team, only if they can last till then. 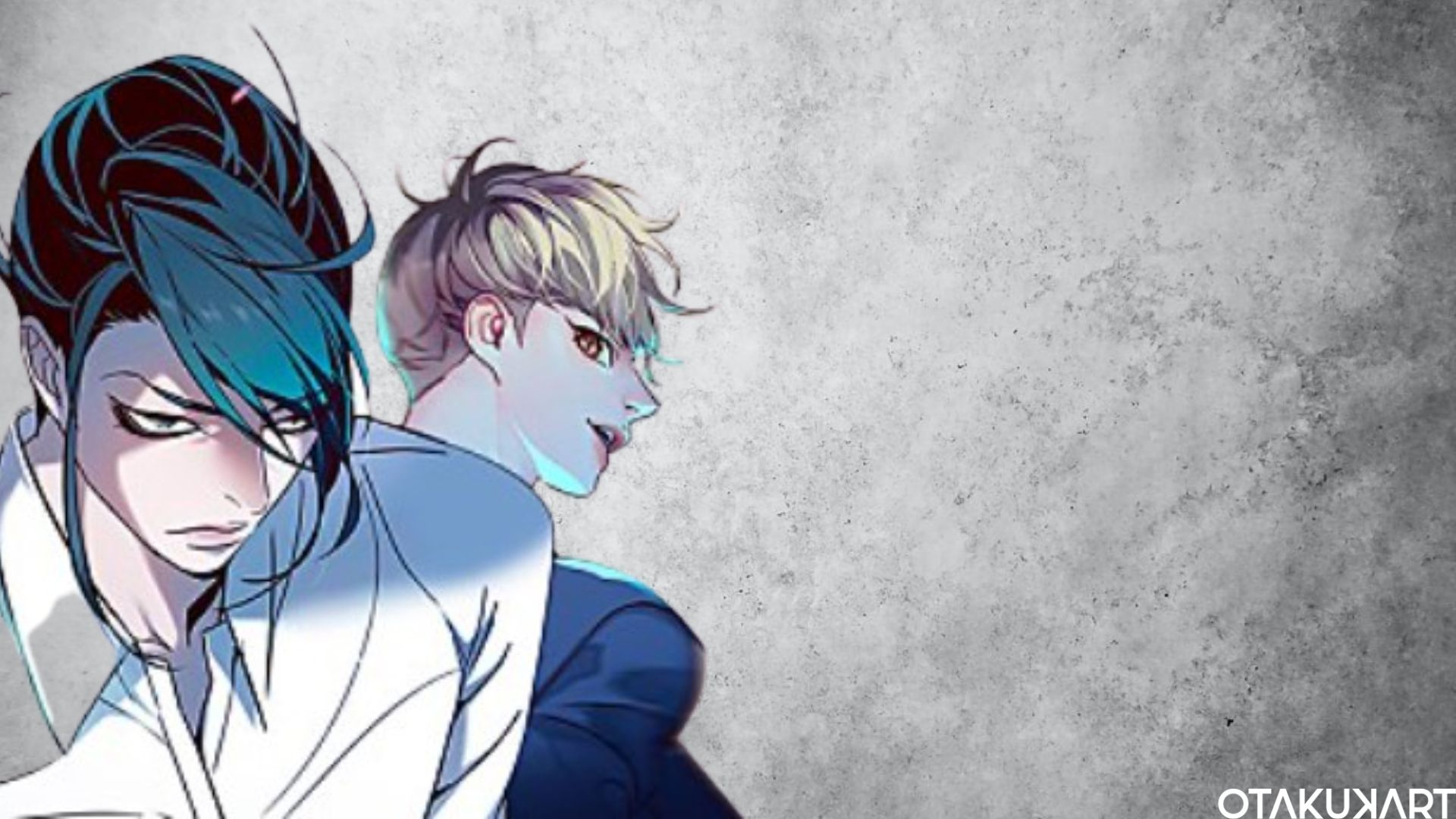 Story and art by JH, the ‘The Boxer’ is one of the most ‘will be hooked up’ webtoons. What does that mean? Well, it means what it means. ‘The Boxer’ talks about the story between two young schoolboys, of which one is excited about boxing, and the other does not even want to be bothered. A series where both a white-haired boy and a black-haired boy show up. Fans who love one of the two are already simping over the two. Just to make sure, the series is probably one of the most exciting ones. 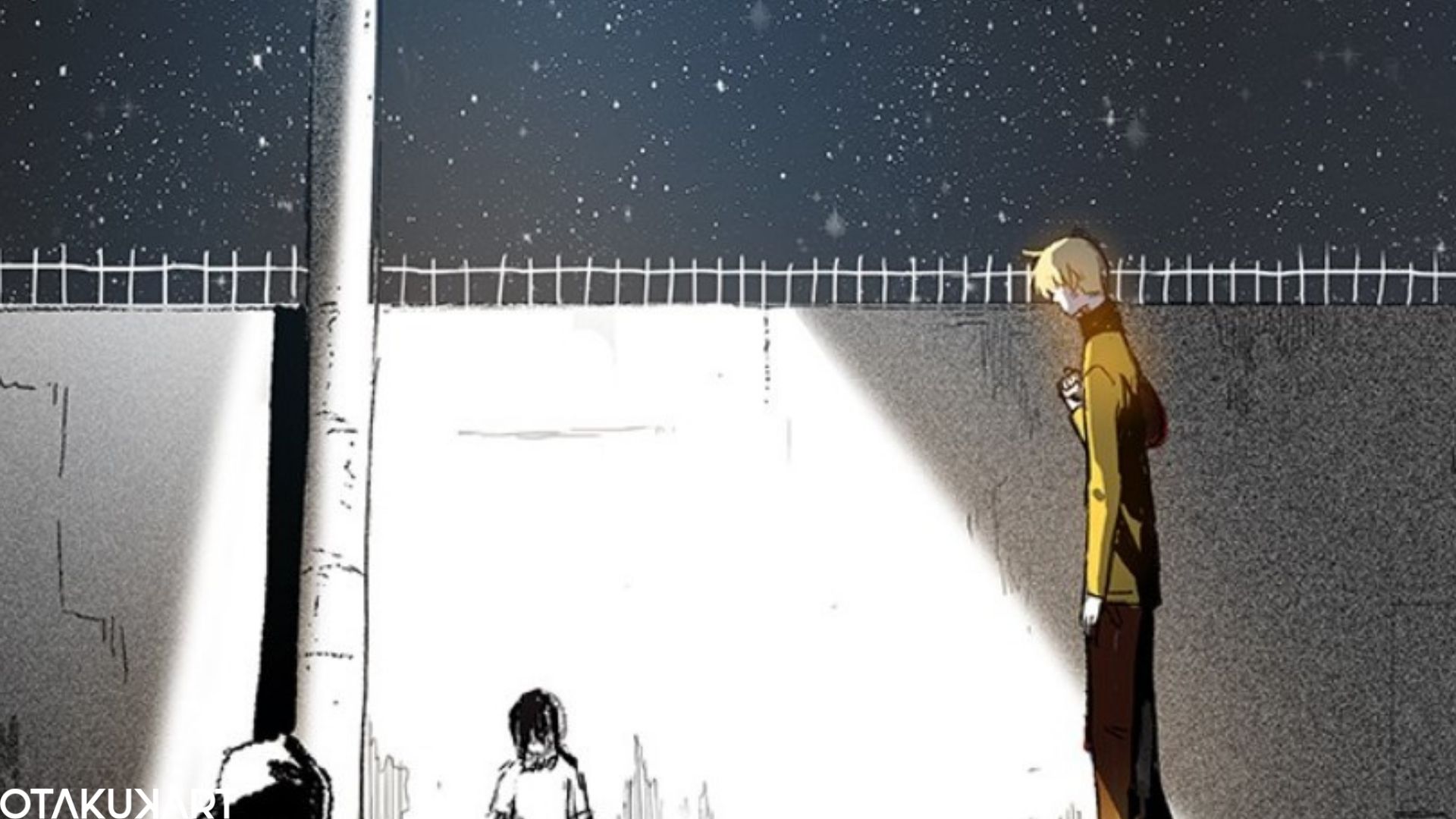 Will you read a novel that no one has read it forever? A novel with 3000+ chapters? Can you be loyal to the novel, even when alone? This might be hard, even to imagine, no? Well, now what if reading the novel will get you lucky? Lucky in a way that will only favor you? Not hesitant now, are we?

A normal, regular office worker, Dokja, who loved reading the novel ‘Three Ways to Survive the Apocalypse’, suddenly realizes that he is inside the world of his favorite novel and gets lucky. How? Because he was the only one to read the novel, he now knows how the world will end. With the setup of the world he is in right now, Dokja tries to change the course of his world. 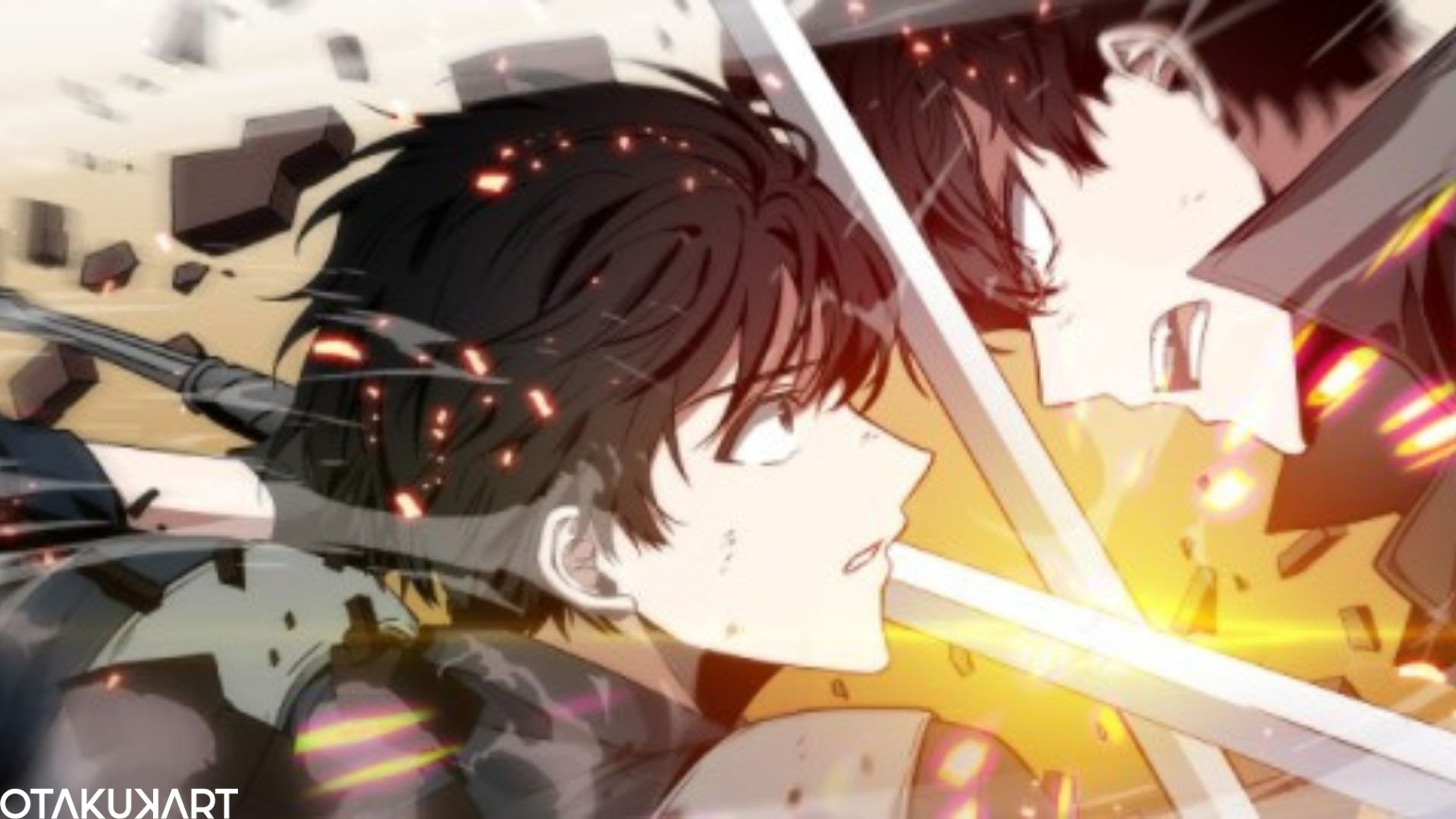 What is ordinary for you? What makes you do things ‘ordinarily?’ What is it that you believe is ‘ordinary,’ according to you? The world is not perfect, and neither are you. To deal with the flaws and limitations of oneself, one must be someone who isn’t ordinary at all.

John Doe is a male teenager who is looked down on because he is ‘ordinary.’ Set in a world where all people possess superpowers, similar to MHA, John has secret powers that can even threaten to bring his school’s social order. However, things don’t always look good, as John has to get past through battles and whatnot in order to fulfill his wishes. 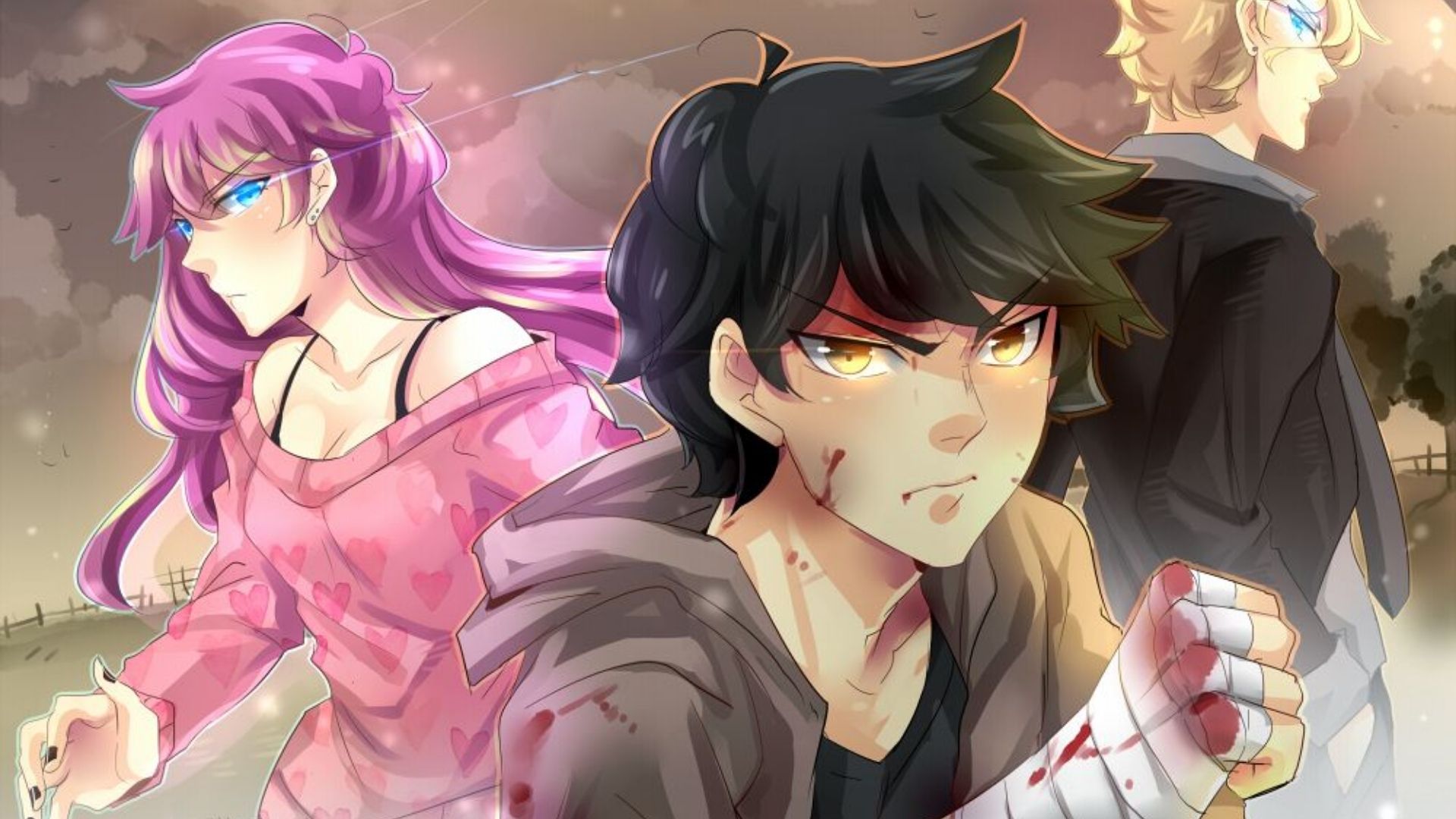 Also known as Kami no Tou, this Korean manhwa is in high demand. The story is set after the main protagonist, Twenty-fifth Baam, who is seen chasing after his closest and only one friend. The story, created by SIU, has a tower that can grant any desire one has. Be it desire, wealth, health, authority, fame, power, revenge, glory, or anything near to the above, the tower will fulfill it all. This tower calls out on chosen people, who are also known as ‘regulars,’ and grants them their desires. 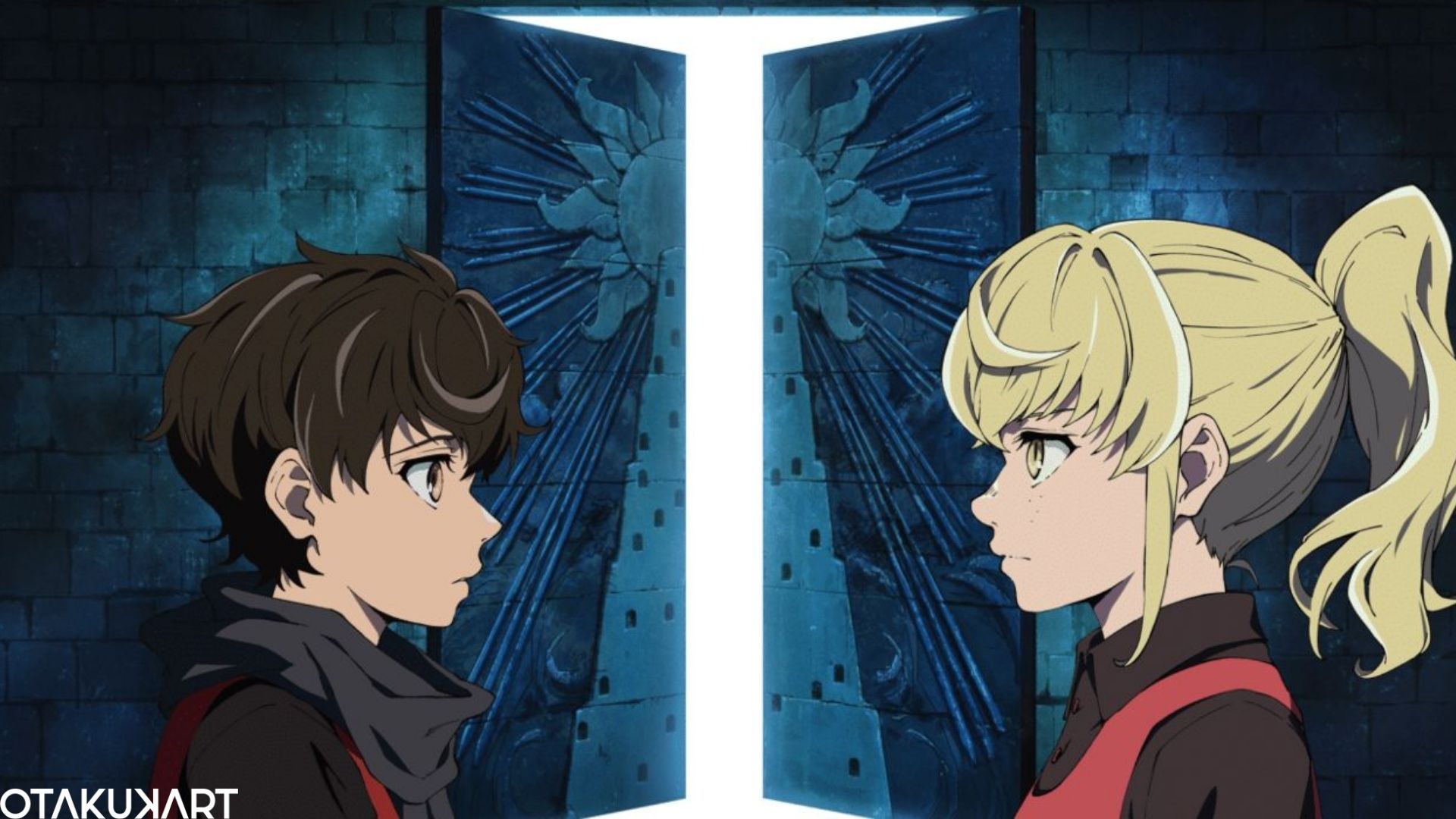 Chasing after Rachel, Baam’s whole life turned upside down. Even he didn’t know about the outside world as much as she did. Trying to be with her and feel pathetic when being left alone, Baam tries to force his way to the tower.

Also Read: 10 Anime Similar To Tower of God That You Should Watch

Are you yet to read this amazing manhwa? If yes, then better get to work now because it is one of the most recommended manhwas amongst the fans of God Of High. Solo Levelling, as the name suggests, is particularly focused on one character’s power level up. Ten years ago, ‘the Gate’ that connected the real world with the monster world opened. As some of the most ordinary and everyday people received the power to hunt monsters within the Gate, they are known as ‘hunters.’ 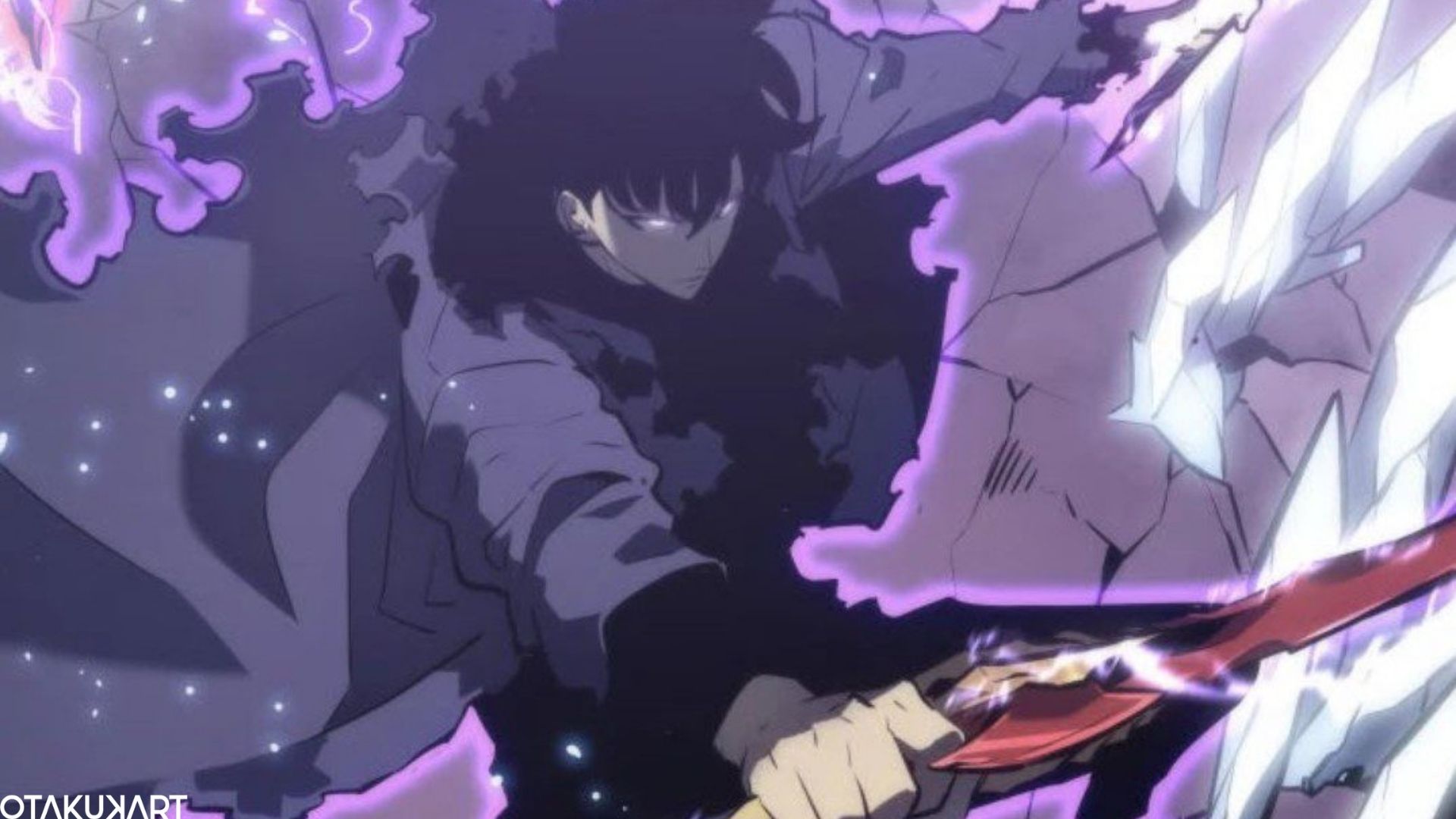 With no exception, Sung Jin-Woo, the lowest hunter of all and also the main protagonist of the series, had no skill whatsoever. Having to accept the death, he almost escaped it and suddenly felt a strange power as a quest log that only he could see. With proper guidance and training, Jin-Woo levels up and changes from being the weakest to the strongest hunter. This series is good enough to make you think, ‘I want an anime adaptation.’