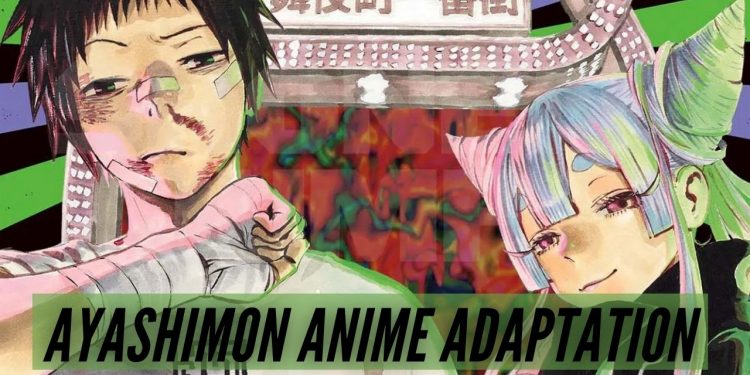 Ayashimon is a shonen jump manga from Yuji Kaku, the anime adaptation for which is highly anticipated by the readers. The mangaka is known for creating engaging worlds that are full of grit and mystery, and his characters are easy to relate to and incredibly lovable. Yuji Kaku’s work is a must-read for anybody interested in science fiction. His work, Hell’s Paradise: Jigokuraku, is an example of this. His most recent manga, Ayashimon, which Viz recently published with English translation on the Shonen Jump app, is another example of this. According to Viz’s current release plan, new chapters will be released on Sundays once a week.

Kaku began publishing the Hell’s Paradise: Jigokuraku manga on the Shonen Jump+ subscription service in January 2018 and discontinued it on January 25 of the same year. Viz Media has made the manga available digitally via its Shonen Jump service, while Shueisha has made the manga available digitally through its MANGA Plus service as well. The manga is also available in print via Viz Media.

I keep waiting for Maruo or someone else to say Jigokuraku, Chainsawman or Dandadan is their favourite manga. 😅 Shoutout to the Fujimoto line. I love the relationship these 3 seem to have. Also Yukinobu Tatsu is a top 3 artist in Jump for me. 👌🏽#Chainsawman #Ayashimon #Dandadan pic.twitter.com/UApgvTqtQY

An Anime adaptation for Ayashimon has been announced by the creaters, as well as, any animation studio. Ayashimon is a well-known manga. It shows the side of a character living in a society. He is a superhuman which makes him different from the rest. The manga plot overall has a lot of potentials to be a hit anime series. It also shows a great bond between Yakuza and Maruo, where both of them understand each other better than anyone. They have their respective objectives, and yet their bond serves the purpose of their goals. The plot has all the elements to make it a driving factor to be a hit, especially with its power-packed scenes. It has an evil side that wants to rule the underground, and Maruo, a super-strong character.

The mangaka has not said when the manga will be released. However, given that we are just at the beginning of the year 2022, we have no way of knowing what the year will bring. The manga has depicted the plot from a variety of views, as well as underworld ambitions, making it an extremely suitable source material for adaptation into an anime. If not now, there is a strong probability that the manga will be adapted into an anime series in the future. Any new information on the Ayashimon anime will be included put on our website, so stay tuned.

Ayashimon is a new series that will debut on Shueisha’s Weekly Shonen Jump. Yuji Kaku has written and drawn the manga, who is best known for his recently completed work “Hell’s Paradise: Jigokuraku”. Following the events of Maruo, Ayashimon is set in Shinjuku’s red-light district. It has a supernatural twist. Growing up, he idolized the main characters of famous comics. It made him go so far as to train himself to be like one of them.

As a result of his training, Maruo had superhuman power, capable of smashing rocks at the age of seven, which did not sit well with the rest of society. He couldn’t find a place to belong and felt like a social pariah, desperate for a sense of purpose. Maruo comes into Urara, a strange young lady who is fleeing from a gang of underworld criminals. She offers to serve Maruo a sip from the Sakazuki sake cup.

Ch 1-6 served as a strong start to our 1st major arc. Enemies are established & we got enough info on the Onmyo & their relationship with Ayashimon to interpret their involvement. Anticipating more additions to our gang in coming chapters.#ShadzAyashimon #Ayashimon #Ayashimon6 pic.twitter.com/X9GltOntnI

This is part of a rite that creates the bond between a Yakuza member and the boss. Despite his initial reluctance, Maruo’s attitude changes as he comes face to face with the evil Ayashimon. Urara reveals her lofty ambitions of one day ruling the underworld of Shinjuku with the group as they work together.

So far, the premise seems to be fascinating, and being a series in Shonen Jump. We can anticipate some typical shounen moments as well as a slew of difficulties for the main characters to be encountered. You should definitely check this out if you’re a fan of the Shounen Jump franchise. The new title was launched on Monday, November 15, and will be distributed on a weekly basis going forward! Ayashimon is the first of three new manga series that Weekly Shonen Jump. It will publish in three consecutive issues.