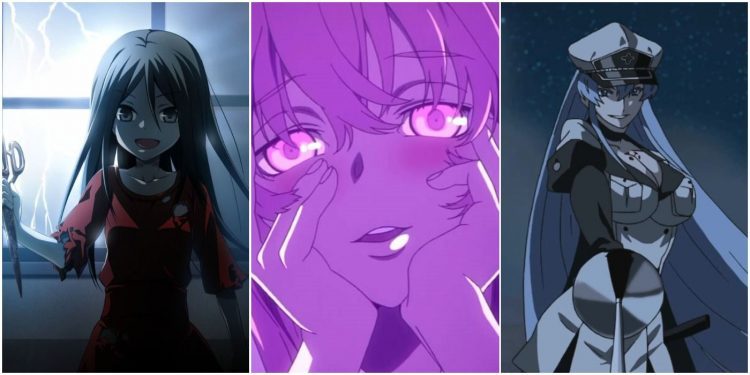 Wondering about the anime, you have heard or read about, where a girl can see ghosts. The supernatural stuff always makes everyone go through it, even for once. However, where it is scary for some people, it is very amusing for others. To help your craving for the supernatural, we will take you to the most loved animes that fits your search for anime where girls can see ghosts. In this article, you will get to know about those animes. Here we get a list of animes that might help you end your search.

This list has been made with the popular opinions by the viewers about these animes. This supernatural anime series, not compulsorily scare you. You might find them cute, amusing, and might be scary as well. These types of animes are far from having a stable plot that only follows the realistic laws of physics. These animes contain some characters who are capable of noticing some signs from another dimension. This ability either made them the protagonist of the series or the most noticeable character. So, to praise the abilities of those characters, I will take you to the list of characters along with the anime they belong to.

ALSO READ: Miko vs. Giant Evil Spirits Inside House of Horrors In Episode 10 of Mieruko Chan

The first one on the list is Mieruko Chan. The Japanese manga series is drafted and illustrated by Tomoki Izumi. The manga has been collected into six volumes and is super popular in its genre. After getting an overwhelming response for the manga, an anime adaption was released on 3rd October 2021. Although the anime has been out recently but has collected a lot of admiration from viewers. The anime series goes around the life of a girl named Miko Yotsuya, the protagonist of the series. She is just like a girl next door and is a high school student. However, everything that seems fine from the outside might have something hidden underneath.

Miko has this unfortunate ability to see ghosts and spirits that are, of course, is horrifying. This not only affects Miko but also the people around her. In order to lead a normal life, Miko tries hard to ignore their existence. Miko Yotsuya is the girl in the series that is able to see ghosts. From her appearance, she is quite a normal short-statured teenager with black hair and yellow eyes. When encountered with the spirits, she tries to keep an unbothered look on her face but is frightened internally. Miko is a very caring person, and she always tries to use these powers to help the people around her.

Toilet bound Hanako Kun – Japanese Jibaku Shonen Hanako-Kun is a Japanese manga series that includes a character that is capable of seeing ghosts. The manga series has been written and demonstrated by Aidalro and has been serializing since 2014. An anime series based on manga have also been produced that was released on 9th January 2020. However, that anime series was short and consisted of 12 episodes, the manga is still ongoing. The plot of the series is set around the Kamome Academy that is very famous for its supernatural occurrences and its Seven Wonders. In this series as well, the protagonist Yashiro Nene is capable of seeing the supernatural spirits. However, unlike our previous characters, she has a keen interest in occult stuff.

One day out of interest, Nene wished to have a boyfriend and summoned the seventh wonder ‘Hanako – san of the toilet’ – “of the toilet” because of the rumors of her haunting the bathroom. Hanako is rumored to be a girl (ghost) who haunts the toilets and can grant wishes in exchange for the right price. However, when Nene came in contact with Hanako, she found out that Hanako is actually a boy. Hanako is a good spirit and wants to destroy evil spirits in order to maintain the balance between the human and spirit world. To achieve this motive, Nene helped him.

Kyokou Suiri, or In/Spectre, also referred to as Invented Inference, is a Japanese Manga series that was drafted by Kyo Shirodaira and was demonstrated by Hiro Kyohara. The manga series was adapted from the novel series that was written by Kyo Shirodaira. Later, an anime series based on the manga was also been produced by Brain’s Base studio, which premiered on 11th January 2020 and is still ongoing.

The plot of the anime series Kyokou Suiri goes around the like of a boy named Kuro Sakuragawa who was recently broke up with his girlfriend and was approached by another girl named Kotoko Iwanaga. Kotoko claimed that she is in love with Kyokou, and it was love at first sight when she saw him two years ago. Later, it was revealed that Kotoko is actually a Goddess of Wisdom that works as an intermediary between the real and supernatural world.

Here we are talking about Kotoko, who is able to see supernatural things. However, she herself is some sort of goddess that makes her non-human. This anime was added to the list because of Kotoko being able to see and do supernatural stuff.

Hotarubi no Mori e, also known as Into the forest of Fireflies, is a Japanese manga series that was released in July 2002. The manga belongs to the genre of romance and supernatural. Later, in 2011, the manga was republished as romantic one-shot stories. After the success of these two mangas, an anime film was also been produced by Brain’s Base Studio that premiered on 17th September 2011. The movie had a run time of 44mins and was a great hit in Japan. The manga series tells the story of a young girl named Hotaru who met a strange masked young man, Gin, at the age of six. She found him in the mountain forest near her grandfather’s home. However, on her first meeting, she didn’t know that Gin is a supernatural being but gradually discovered the fact.

Hotaru visits Gin every summer vacation to spend time with him. As time passed, their bond and relationship matured. However, they both struggled due to the limitation they had in between. Hotaru and Gin cannot touch each other, it can lead to the disappearance of Gin forever. The anime had portraited this sweet relationship between them, which is soothing to watch.

Among all other anime and series that we discussed till now, Mokke is the oldest of them all. The manga series was drafted and illustrated by Takatoshi Kumakura. Manga of Mokke was released back in August 2000. The twenty-one-year-old manga series is still managing to grow its popularity. An anime series based on the manga was produced by Madhouse studios which premiered on 3rd October 2007. The plot of the anime is unique and straightforward, it covers the aspects of both supernatural and slice of life. The storyline of the series goes around the life of the Hibara sisters which are blessed with some abilities that make them stand out from the crowd of ordinary humans. The elder sister Shizuru Hibara was able to see ghosts and supernatural spirits and Mizuki, the younger sister, tends to get possessed by them.

However, the ability that we see as a blessing has forced the sister to live away from their parents. Both of them live in the countryside because their parents are unable to deal with their supernatural powers. They live with their grandfather, who is actually an expert in this field.

All of the animes mentioned above belong to the same genre, but all of them are different. I hope that you might have found the anime you were looking for. However, if you do not find that one and wish to stream any of the above anime, then you can stream it on Crunchyroll. The site mentioned it is totally legit, and you need to subscribe to it to start using it. All the animes are available on this channel. Happy Streaming!