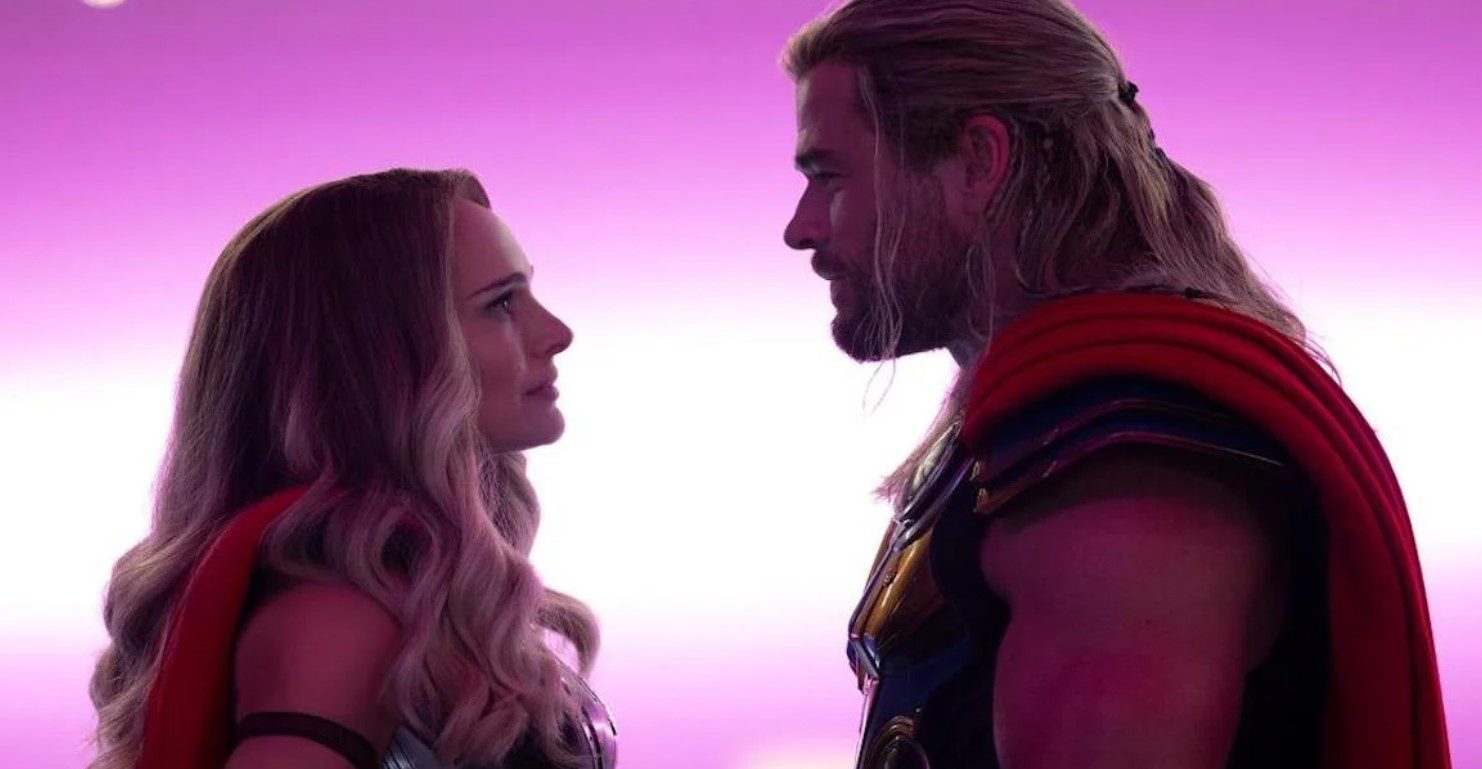 Who Is Gorr's Daughter?

When Gorr’s daughter died of starvation and weakness because the god of his world abandoned them, it was obvious at the beginning of Thor: Love and Thunder that Gorr’s goal was to kill all the gods. Gorr went on a god-killing rampage after being chosen by the Necrosword, killing countless gods throughout the universe in an effort to reach Eternity in time to make a wish. But when Gorr arrived in Eternity, he seemed to have changed, and all he wanted was for his daughter to come back. So, in Thor: Love and Thunder, who is Gorr the God Butcher’s Daughter?

The daughter of Gorr, who is currently unnamed, is probably a totally original MCU character. She is not exactly the same daughter that Gorr had, but it is likely that she was a girl born out of eternity who was able to assume Gorr’s daughter’s form thanks to his wish. Gorr asked Thor to take her in as his own, and he did. Since there is no mention of Gorr’s daughter coming back to life in the comics, it is possible that the young girl that Thor adopted is a brand-new MCU character. She was born out of eternity, which indicates that she is a cosmic being other than a god, which is also interesting to note. Let’s examine what is known about Gorr’s daughter after that. 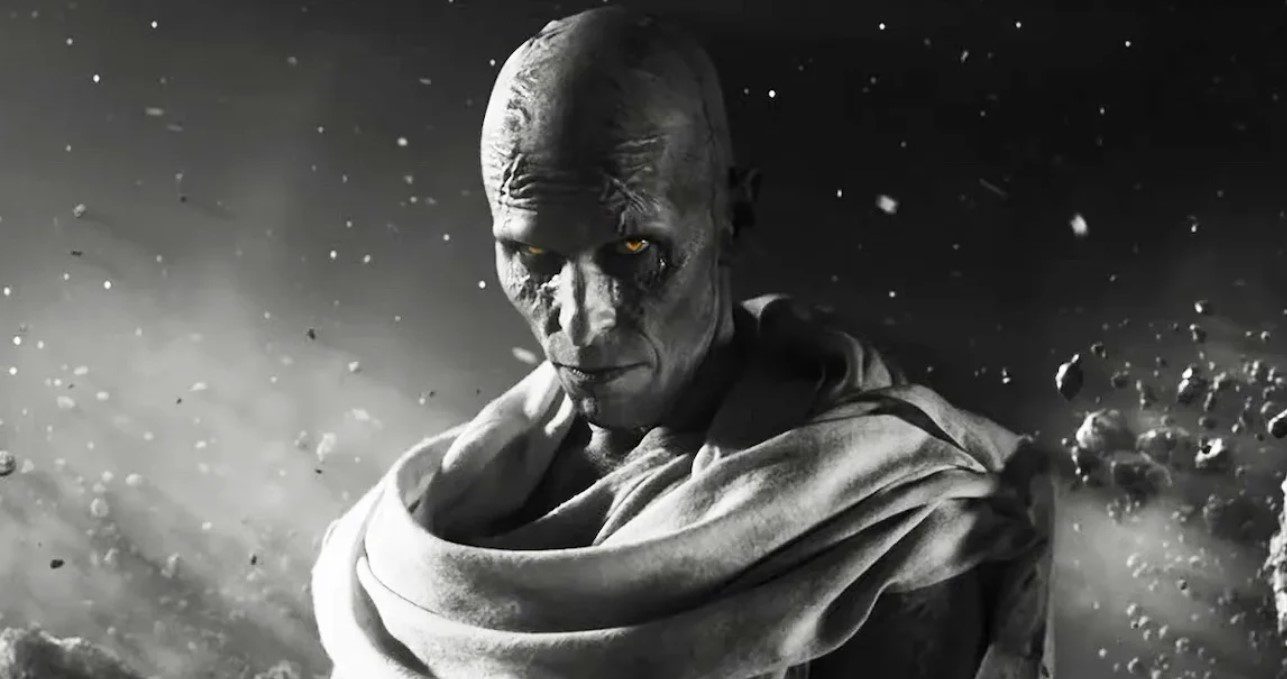 Gorr picks up the Necrosword in his quest for vengeance, a weapon that curses the user and guarantees their demise over time. Gorr is therefore close to passing away by the time he is reunited with his daughter, and he confides in Thor to take care of her. This is exactly what “Uncle Thor” does by bringing Gorr’s child Love into battle. In the Marvel comics, the death of Gorr’s son pushes him over the edge, and Love is not even a child of Thor. Eternity gave birth to children in the meantime, but none of them were named Love. In the comics, Eternity creates Eon, Eulogy, Expediency, Entropy, Epiphany, Enmity, and Extinction; however, the last is slain and becomes Epoch. All of these are ideas, just like eternity.

Given how far director Taika Waititi deviated from the original script, there is essentially no restriction on how Love develops her character or how she classifies her abilities. The Asgardian, according to Korg, transforms from a sad god to a dad god in an effort to keep his promise to a dying man, but it is under Thor’s guidance that she learns to assist those who are in need. One of the things we already knew about Thor: Love and Thunder was that Gorr the God Butcher was slated to take the lead role as the film’s antagonist. The movie began with Gorr’s backstory as he was walking through a desolate wasteland with his dying daughter. Gorr’s daughter was unable to accompany him because she was in the oasis, leaving Gorr all by himself.

Gorr was immediately aware that the god of his world had created the oasis when he saw it, which was a rich oasis full of water and fruit. But instead of the person he thought would save him, he encountered a conceited deity who didn’t care about Gorr or any of the victims who had to die in his name. At that point, Gorr was selected by the Necrosword to kill the god and swear vengeance against all other gods. As the plot of the film developed, Thor was forced to separate from the Guardians of the Galaxy in order to look into this Gorr-related matter. When he, Valkyrie, and a Jane Foster with Mjolnir power learned that Gorr was going to attack New Asgard next, they engaged Gorr in combat. He was discovered by a wounded Sif. However, the God Butcher managed to flee New Asgard with a large number of Asgardian kids that he intended to use as leverage against Thor.

Who Is Gorr’s Daughter?

In the comics, Gorr did have daughters, but they all perished from starvation on his home planet. And instead of his daughter being the last of his children to pass away, it was his son who did, as the loss of his son made Gorr turn against the gods. Therefore, even though Gorr had a daughter in the comics, she was insignificant. This raises the question of who the daughter of Gorr the God Butcher in Thor: Love and Thunder is.

Because the comics never explicitly depict Gorr wishing for his daughter to resurrect, we are currently unsure who Gorr’s daughter is. However, there are hints that the film left behind. The first red flag was the lack of any emotional response from Gorr’s daughter as he lay dying on the ground, as was previously mentioned. Another hint is that the image of Eternity vanished when Gorr’s daughter was brought back.

Then, in the film’s concluding scenes, Thor followed through on his promise to look after the young girl because he was now acting as her adoptive father or uncle. As the titular Love and Thunder team, they traveled the universe together. Although it was obvious that she had abilities and a physique that was, at the very least, godlike, what was surprising was that she was also able to shoot cosmic energy out of her eyes in addition to being able to use Mjolnir effectively.

Korg narrated the scene as the film came to a close and said that the girl was born out of Eternity. This could imply that the daughter Gorr had at the movie’s start was not this one. It’s possible that when Gorr made his wish, Eternity didn’t just use its powers to fulfill it by sacrificing itself to bring Gorr’s daughter back. Because it might not have been possible to fully bring Gorr’s daughter back from the dead, it is possible that Eternity merely changed itself to take her form. Another possibility is that this was Gorr’s daughter. Still, she was given access to Eternity’s abilities because the cosmic being had to make a sacrifice to revive someone who had already passed away.

What we do think, however, is that Thor: Love and Thunder are breaking new ground in the comics with the introduction of Gorr’s daughter/adopted Thor’s daughter. Since Phase Four has been introducing fresh ideas that weren’t in the comics, it is more than possible that she is an entirely new character in the MCU. Because even comic book experts are unsure of what will happen next, this only serves to increase the excitement surrounding the future of Thor and the MCU.