The air date for The Queen’s Umbrella Episode 15 is known. It premiered on the renowned South Korean television network tvN on October 15, 2022. A total of 16 episodes are anticipated for the program. nonetheless, just 14 episodes have been shown to date. Here is a brief synopsis of the plot of the program before we reveal the premiere date for episode 15.

The royal family is constantly bothered by troublesome princes who live in the palace and are about to become legitimate crown princes. Im Hwa Ryeong, their mother, is the spouse of a powerful monarch. She is, however, a prickly, sensitive, and irritable queen, as opposed to exuding an air of elegance and grace. She became more at ease as a result of everyone continuing to irritate her. She is a queen who occasionally swallows her pride and has even been heard swearing! She has hardships every day of her life, yet she perseveres through it all for the sake of her kids.

To save the great prince, Yoo Sang-son once switched places with doctor Kwon. Before ingesting the poisoned tea, Queen Dowager asks consort Hwang who Uiseong’s true father is and she claims it is the king. Seongnam looks through the royal records to get the autopsy report for crown prince Taein. The king declines the queen’s request to look into Taein’s death since it could expose who killed their son.

The queen is convinced that the royal historian’s secret files contain the truth. The king concurs and inquires as to whether Gyeong-u departed the palace after reading the mysterious concoction. The Queen informs Yi Ik-Hyeon, also known as Physician Kwon, that the autopsy of her son is missing. Yoo Sang-UK is informed by Ik-Hyeon that the autopsy report is missing and that they want his assistance.

Hwang continues to reject Uiseong’s attempts to recruit him. Consort Hwang is questioned about why she doesn’t worry if her son joins the rebels. They have no choice, according to her, because the queen dowager is aware that Uiseong is not the King’s son. Telling Councilman Hwang what they want is Sang-UK and Ik-Hyeon. When they make the offer to spare him in exchange for crucial information, Hwang offers to say the king saw Taein’s murder if the rebels win.

He responds that Cho Guk-Yeong, the royal physician, must possess the missing autopsy record when questioned about it. Guk-Yeong, a Sang-uk employee, was persuaded by the dowager queen to poison Taein. If Gyeong-u doesn’t tell anybody else about the secret draught, she makes a commitment to tell the queen about it. He makes the implication that she might be unable to accept someone.

Sang-UK informed the former King that Taein had been poisoned, but because there was insufficient evidence, he kept it quiet and instructed the royal historian to keep silent. Then he came upon King Guemyeong. The king is aware of Taein’s cause of death, but the queen has just realized it. The missing autopsy report is destroyed by the monarch in an effort to conceal his weakness.

Cheong-ha is asked by the queen dowager if she slept with Seongnam. She urges people not to wait since horrible rumors are going around. Cheong-ha notifies the queen that she wants to get married as now so as to put a stop to the rumors. She approaches the queen for assistance before being sent to Seongnam’s brothers.

She finds out all she can about him before leaving. She leaves the grand prince’s apartments, and the queen dowager spreads yet another lie. After learning about the rumors, the queen responds. She appoints a nursemaid who has expertise in matching couples after speaking with Cheong-ha and Seongnam. Then, they carry out a number of rituals in order to be ready for a night out.

In the evening, Cheong-ha and Seongnam are spotted having drinks. The following morning, when Seongnam and Cheong-ha awaken, Seongnam has no memory of anything. Cheong-ha said Seongnam was incapable of committing the act due to his intoxication. After many flashbacks, he begins to question what she said.

The dowager queen discovers that Yi Ik-Hyeon had previously seen consort, Hwang. He’s probably Uiseong’s dad. Three poisons are shown to the queen by Ik-Hyeon. The queen might not accept that he brought poison, he believes. When the queen learns of this, she informs Lady Shin that her son has been poisoned. The queen has to see something right away, the royal guard insisted.

The queen was told when a Hyewolgak woman committed herself as a result of experiencing symptoms similar to those of the slain crown prince. The toxin was referred to as salt water or Gansu. Quickly arriving at Queen Yoon’s home, she sees her son walk without a limp. She recalls that Dr. Kwon walks with a limp, thus she believes Yi Ik-Hyeon to be him. 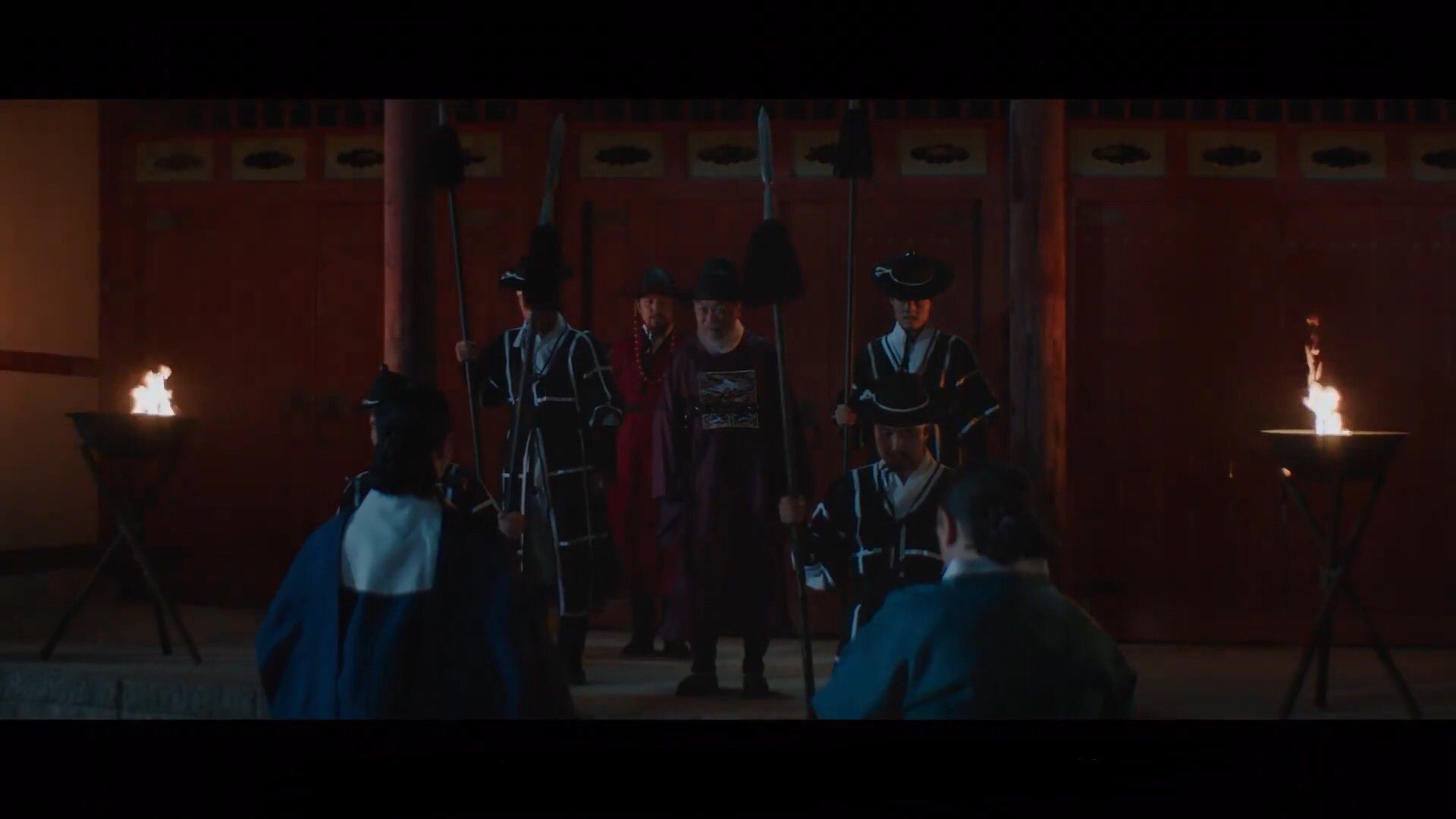 Cheong-ha said Seongnam was incapable of committing the act due to his intoxication. After many flashbacks, he begins to question what she said. Ik-Hyeon gives Cho Guk-Yeong the remedy if he can locate the autopsy record. Cho Guk-Yeong also receives Gansu.

It was allegedly put on the floor of the archive by Guk-Yeong. The queen inquires as to whether Queen Yoon’s son murdered the previous crown prince. Despite her assurances, she doesn’t feel guilty. Ik-Hyeon is unaware of the results of the postmortem, but the queen is aware that he murdered the crown prince.

All About The Cast Of Queen’s Umbrella

The release of Under The Queen’s Umbrella Episode 15 is scheduled for Saturday, December 3 at around 3 p.m. (GMT). However, this is a tvN original that airs on Saturdays and Sundays at 9.10 p.m. in Korea (KST).  Depending on the time zone in their country, viewers from across the world can watch the program.

The Queen’s Umbrella Episode 15: Where to Watch?

On the well-liked Korean television network tvN, The Queen’s Umbrella Episode 15 will air. The Netflix streaming service is available to international viewers. since it will be accessible on Netflix everywhere. Every Saturday and Sunday at 9.10 p.m. KST, it airs. Subtitles won’t be a problem for viewers because they’ll be available on Netflix right away. So, when Queen’s Umbrella Episode 15 airs on the streaming Channel, don’t forget to watch it.

Also Read: Who Is Beomhan In Kpop? All To Know About Him