What Is Mighty Thor?

Natalie Portman’s return as Jane Foster in the Marvel Cinematic Universe is the aspect of the new Thor: Love and Thunder trailer that has everyone talking. But this time, she’s backing Mighty Thor, a character with entirely new looks, abilities, and a name you might not be familiar with.

While the internet has dubbed Portman’s reimagined character Lady Thor, Taika Waititi and the comic book storyline from which the movie will probably be adapted only refer to her as Mighty Thor. What is Mighty Thor? And what role does she play in the Marvel Cinematic Universe? Without any further ado, let’s dig into this topic. 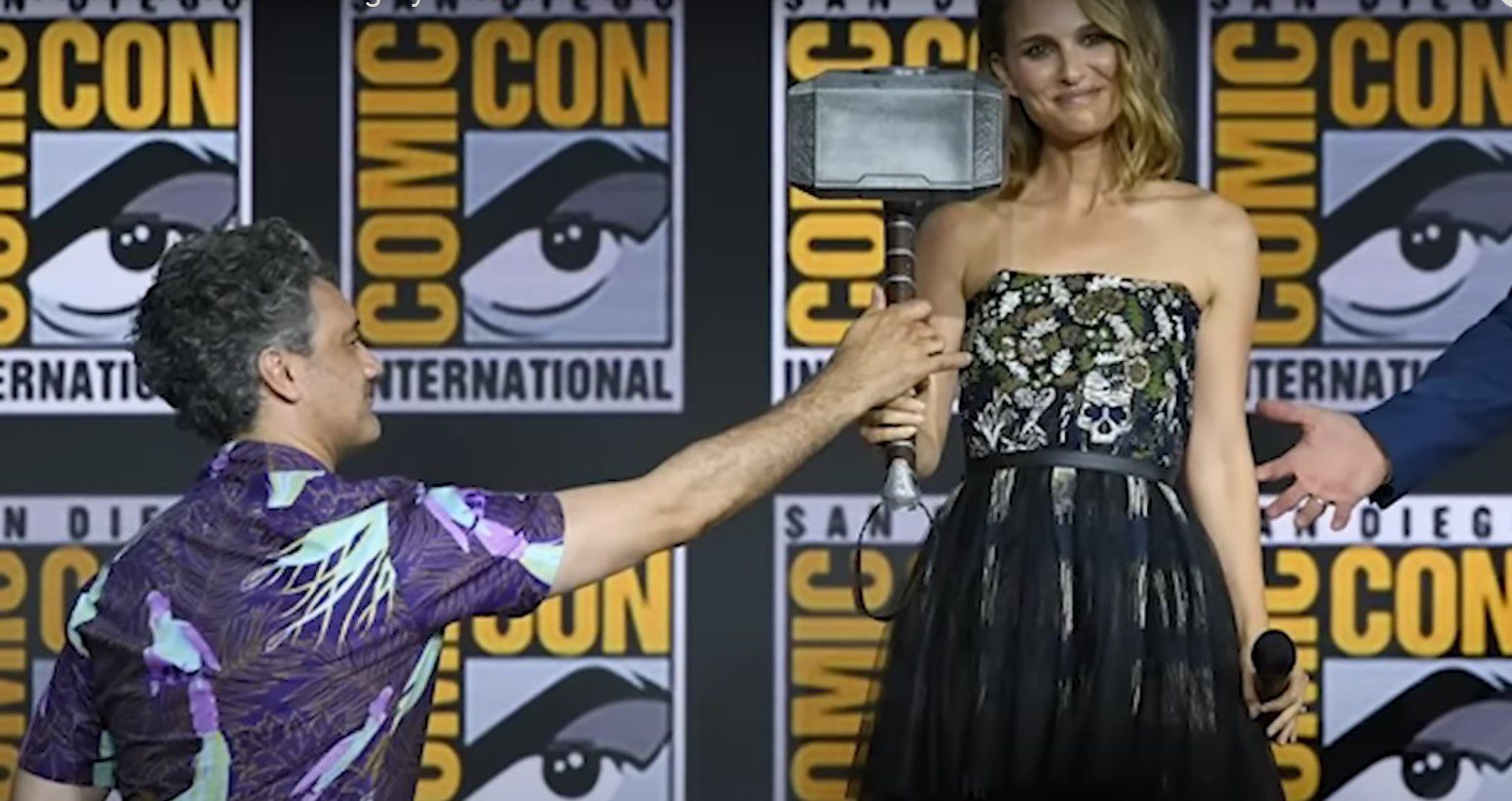 Foster has been identified as having advanced breast cancer and is undergoing chemotherapy in the Jason Aarons-written issues of The Mighty Thor. She is, however, stronger than ever before when she is able to lift Mjolnir, and the hammer turns her into a god. Her abilities resemble those we are familiar with, including super strength, speed, stamina, and durability. She has more mastery over the Mjolnir than anyone else, despite not having Thor’s level of lightning control. There is a catch, though, as she instantly reverts to her ailing body the moment she ceases to be the Mighty Thor.

For those who are wondering what happened to the Thor we all know and love, he becomes unworthy of lifting the hammer in the comics and is shocked to see it being used by a woman wearing a mask. The story initially focuses a lot on who the Mighty Thor might be, but it quickly becomes apparent that Jane Foster is the real person behind the mask. Given that Jane only chooses to use the hammer because she feels compelled to defend others in the wake of Thor’s absence, the comic’s plot is pretty heartbreaking. She pays a pretty deadly price for her transformation, as her cancer worsens the more she dresses up. It’s also important to note that even though the comic does a thorough job of examining her relationship with Thor, you should probably prepare yourself for a depressing conclusion to the Thor-Jane romance. If the MCU decides to continue her Mighty Thor character, she has since made appearances in a variety of different Marvel Comics, including Secret Wars and All-New All-Different Avengers.

What Is Mighty Thor?

The Marvel Cinematic Universe has established that, like in the comics, anyone can pick up Mjolnir if they are truly worthy, and in Avengers: Endgame, we have already witnessed a human, Captain America (played by Chris Evans), do so. Therefore, the fact that Marvel is now allowing Jane Foster to do the same is not a retcon or a change. The Stormbreaker, —we first saw it Avengers: Infinity War—, is supported by Thor (played by Chris Hemsworth) in the trailer after he needed a new one to replace the one Hela (played by Cate Blanchett) broke. Thor brought the hammer back during the time-traveling antics that followed, and Cap later returned it along with all the infinity stones to the appropriate timelines. This makes it uncertain for the time being whether Jane will discover the Mjolnir. Of course, we have no idea how much of this plot will make it into the Taika Waititi-helmed movie or where he’ll take Natalie Portman’s character. She may not be the Thor and Jane Foster that fans are used to seeing because the MCU has since introduced variants and multiverses. Jane Foster could explain why she still has her hammer with her in a different world.

According to the plot summary for the film, Gorr The God Butcher (played by Christan Bale), who is going on a killing spree throughout the cosmos, will be stopped by a team effort between Mighty Thor, Valkyrie (played by Tessa Thompson), Korg, and Thor. The tragic Foster storyline would undoubtedly be better received by audiences in an intergalactic, action-packed road trip movie with Waititi’s inimitable humor, so this unlikely group of heroes seems like a great place for Mighty Thor to make her MCU debut.

Fans have long criticized how the Marvel Cinematic Universe treats its female love interests, especially Jane Foster, who was portrayed for much of the first two Thor films as the very definition of a helpless woman who needed saving. Additionally, there were rumors that Portman had a long-running disagreement with Marvel. While we don’t know what caused it, many people have theorized that it had something to do with how poorly her roles in the first two movies were developed. We will see Jane level up and become the hero she deserved to be in the first two films thanks to the MCU’s treatment of her, which makes her decision to return as the Mighty Thor in Thor: Love and Thunder a great idea. We now have the chance to see Jane fight side by side with the son of Odin, rather than as a love interest or the inspiration that helped Thor win his battles in Thor and Thor: The Dark World. This pretty closely resembles Portman’s own MCU role, where she joined Hemsworth as a superhero after serving as little more than an underwhelming supporting character. Hopefully, Waititi will pay attention to how the comics made sure Foster maintained her intelligence even while playing The Mighty Thor, setting her apart from Thor Odinson who has always been more of an idiot in comparison.

It also makes sense that the franchise will return to the romance that served as the foundation for the first two Thor movies since the movie is titled Love and Thunder. It’s very likely that this movie will reveal how Jane and Thor became estranged from one another and what’s left of their relationship now that their worlds have undergone such drastic change since we weren’t given enough information about their breakup in Thor: Ragnarok. Jane’s potentially fatal illness and Thor’s loss of his entire planet and family mean that the two have a lot of catching up to do. Thor: Love & Thunder will feature an all-star cast of MCU actors to keep the two Thors busy, including the Guardians of the Galaxy, Gorr the God Butcher, Valkyrie, Lady Sif (played by Jaimie Alexander), the Grandmaster (played by Jeff Goldblum), and many more.