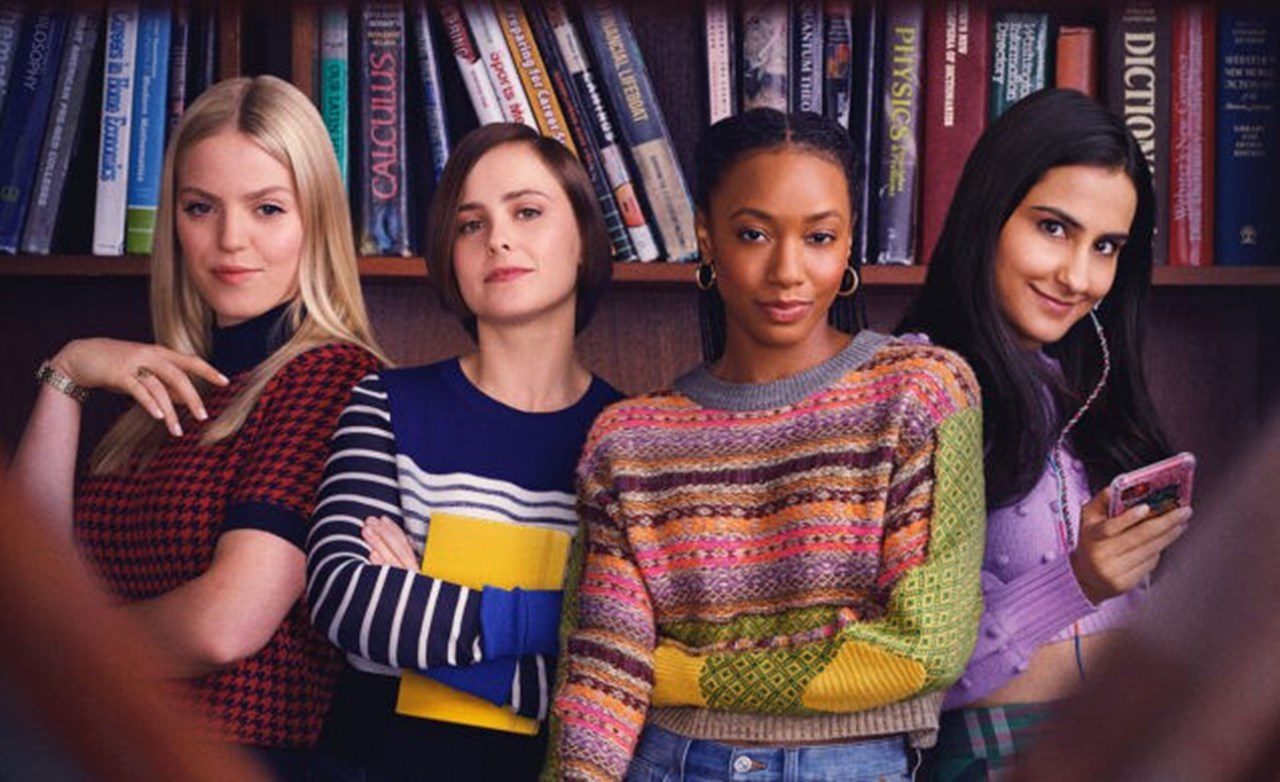 The Sex Lives of College Girls Season 2 Episodes 1 and 2 release date is right on the clock. The shoe focuses on themes such as teen drama as well as comedy throughout its episodes. Mindy Kaling has created this series for HBO Max. Back during the concluding moments of the second season, we saw that Ryan is finally facing the karmas which were in store for him. As for Whitney, she finally got the courage to do the right thing and reveal everything to her mother. When the episode started, we saw that Bela was still not sure about telling the truth to Eric and Evangeline about Ryan.

Things start slipping out of hand when Eric totally flips out Bela. He claims that Ryan is never going to do the things that she claims. Although Evangeline is calm throughout the situation and reassures Bela that she has done the right thing by telling them the truth. Later, Eric finally comes to his senses and apologizes to Bela for saying that her claims were wrong. At the Catullan, Eric, as well as Carla, and Bela are present with Evangeline. Soon Ruan arrives at the location.

The group gangs up on him and try to call him out over the bad behavior he has pulled towards Bela. He obviously denies the claims. But as a result of not speaking the truth, he gets kicked out of the Catullan and is even demoted from his post. Although, Bela still does not feel like this was the right step for her and, thus, leaves The Catullan herself. Evangeline and Eric follow right after. They even try to make sure if Bela wants to start an all-women comedy group together. A still from The Sex Lives of College Girls

On the other hand, we see another story brewing for the day. Senator Chase has decided to pay a visit to her daughter while she is living at the school dorms. She has good intentions at heart and just wants to make sure that the person who got wrapped up in the affair is okay now. Now, Whitney tells her mom that it was actually Willow. Even though the latter did not understand why her name was taken, she decided to play along and cover for her friend at lunch. Even though it all happened to Whitney, she was not comfortable telling the truth. Ultimately, she realizes that she has to tell the truth to her mother. At first, the Senator is mad, but she soon understands and comforts her daughter.

As for Leighton, she has her own trouble with the back. Alicia has broken up with her because she does not want to date someone who is still unsure and is in the closet. Leighton is not feeling okay because she does not want a label on herself regarding her sexuality. Thus, she visits Alicia at her apartment, and even though they both miss each other, they have to move on from the relationship. Kimberly comes home to cheer Leighton up, who is obviously pretty sad about the breakup.

The Sex Lives of College Girls Season 2 Episodes 1 and 2 release date is on the 17th of October 2022. It will drop out on HBO Max at 3 AM Eastern Time. New episodes will start airing every week from this point on Thursdays.

The Sex Lives of College Girls Season 2 Episodes 1 and 2 can be watched easily when the episode drops out on HBO Max at the designated date and time slot that we have provided above. The platform starts its basic monthly plan at just 9.99 dollars a month. Although, this version is full of ads. In order to get rid of commercials, I suggest buying a higher, 14.99-dollar version of the same.