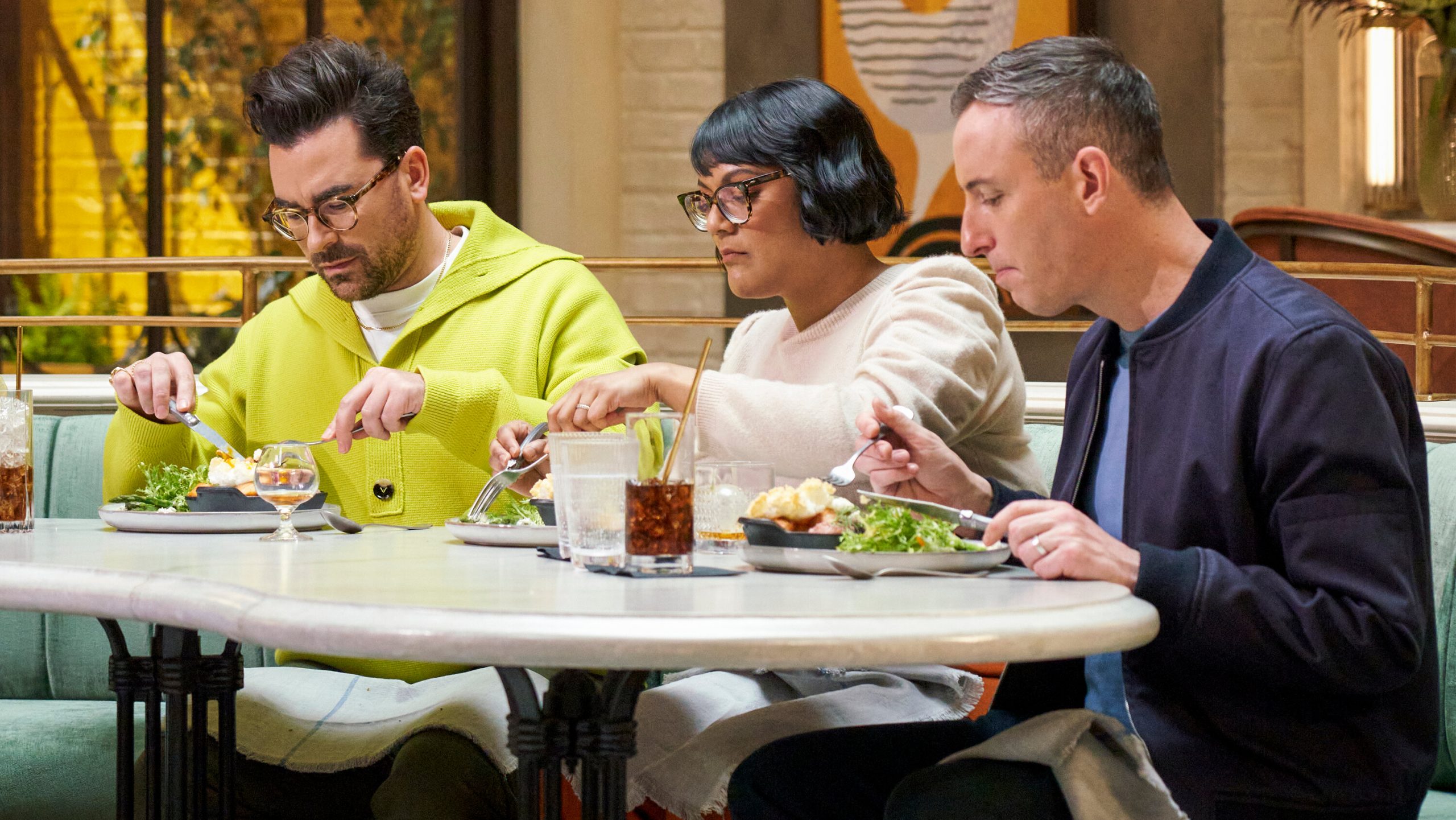 The Big Brunch Episodes 4 to 6 release date is right on the clock. This is a brand new cooking reality TV series that sees a friendly culinary competition among the contestants who have taken part. It is hosted by Dan Levy. HBO Max has ordered the show for their platform. As for the judges this season, we see Sogls El-Waylly as well as Will Guidara. Levy produces this series executively along with other crew members. The format of this series is quite simple. We will witness 10 chefs coming on the screen to take part in challenges in each episode. They are up against a cash prize of 300,000 dollars which is quite a lot of course. HBO has really outdone itself this time with this new series.

As the title of the series already comprehends, we will witness the chefs cooking brunches to be put up for judgment. The entire shoe focuses on these plates which take up the restaurant space from 10 AM to 2 PM. Guidara obviously brings a lot of expertise to the series. He is a very renowned restauranter in the States. He is known among the people for the fine dining at Eleven Madison Park. His venue received the top spot in the World’s 50 Best Restuarant List in 2017.

As for Sohla El Wally, she is a very popular chef and the internet would like to agree so. You must have seen her YouTube videos about the various Bon Appétiy shorts which she posts. She is very creative when it comes to cooking and to see her as a judge is something HBO really worked on and it shows.

With each episode of The Big Brunch, we see the focus on a brunch theme which is a no-brainer. The tasks could be to prepare a hangover cure or a fresh farm meal for the fam. The theme is different for each episode and each contestant is required to make two courses. The starter course and the second is the main course. A still from The Big Brunch

The Big Brunch Episode 1 to 3 Recap

Each of these meals should satisfy the theme and the event’s brief. Then the judging panel. In the end, the most awesome chef who was able to exceed the expectations of the judges will be awarded a 300,000 dollar cash prize. This will help them kick-start their culinary dreams and find a footing in the industry.

When we look into it, the series looks like just a regular culinary gourmet game. But these gourmet meals should satisfy the brunch genre well. It can be anything but has to fit in the theme, and that is where the twist comes in. Given the fact that we are seeing an HBO show, the language is going to be very loose, and they are not going to hold back on the F words.

Their theme is to follow a dinner-inspired main course and create a small bit to go with the cocktail. In episode 3, the chefs were given the responsibility of creating fresh vegan dishes. Also, Danielle is trying really hard to make everyone believe that she is not just a baker but also a good chef.

The Big Brunch Episodes 4 to 6 release date on the 17th of November 2022. The episodes will drop out back to back on HBO Max at 3 AM Eastern Time. New episodes release in a bunch every week on Thursdays.

How to Watch The Big Brunch Episodes 4 to 6

The Big Brunch Episodes 4 to 6 can be watched easily when the episodes drop out on HBO Max at the designated date and time slot that we have provided above. The platform costs just 9.99 dollars a month for a basic recharge plan with ads.