The Conners Season 5 Episode 8 release date is quite soon. The series focuses on a sequel to Roseanne. We see the family on screen as they are struggling to pay the bills and have a stable financial situation themselves. As for Roseanne, she has died and it is very difficult for the characters to carry on without her. Back in The Conners Season 5 Episode 7, we saw a variety of topical issues of America being covered in the series just like its predecessor once did. In this episode, we see that Darlene Conner has happy news to share. She has just received a promotion.

Darlene will now have to work as the head of public relations at Wellman Plastics. Soon, her morale compass starts coming in between. We see that she is required to lie for the company without even being given a heads-up for the same. The management is way too deep in a crisis as there are various legal issues regarding plastic products contaminating the groundwater of the city. Her personality where she fights for the right thing comes into the test. She obviously needs the money but it will mean standing on a pile of lies and plastic waste. This is actually a very real issue that has been brought up by various states in the country. 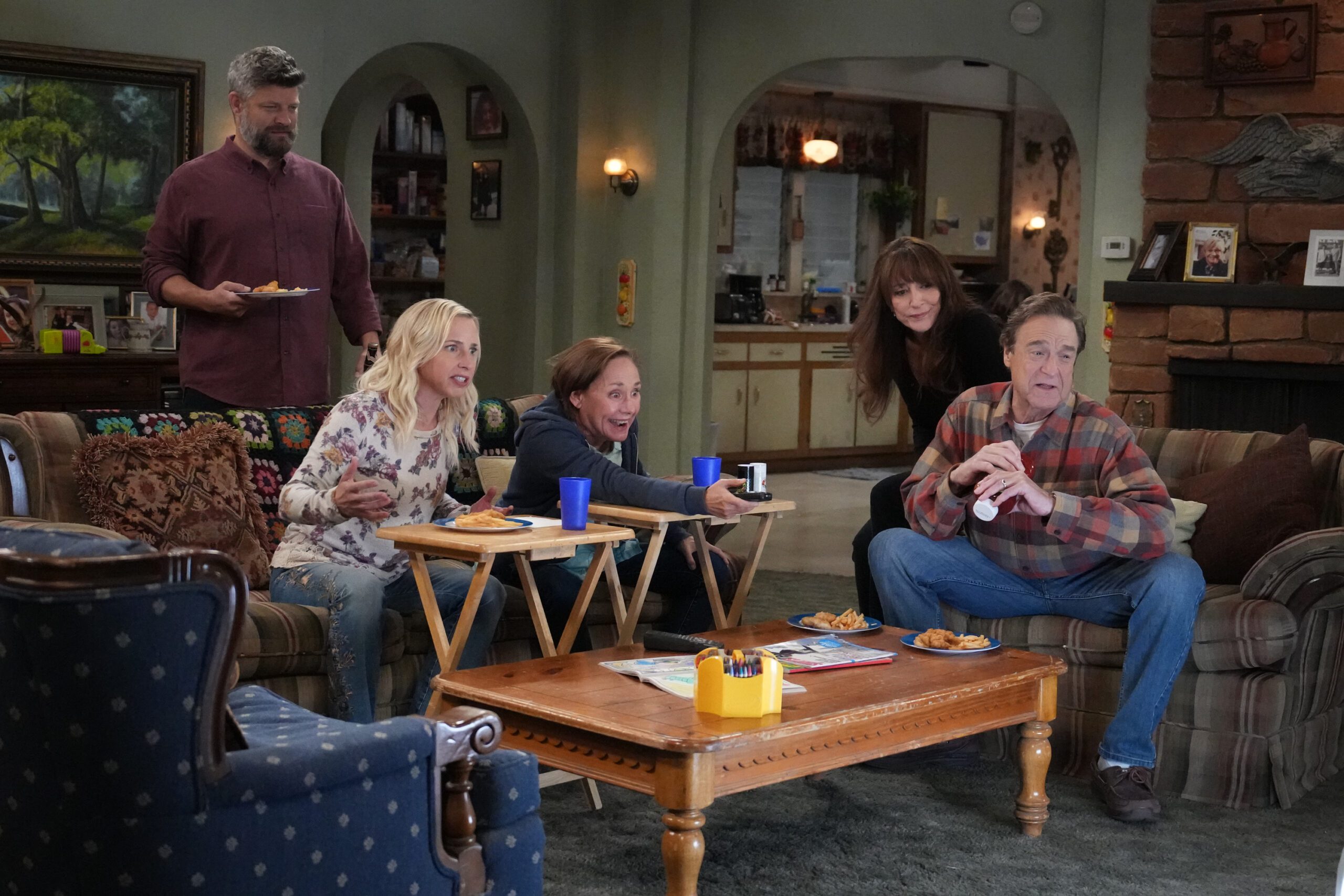 The plastic production companies were accused of polluting the environment and rivers in particular states where their toxic waste products leak into. This pollution is even capable of causing cancer and thus was a very hot topic among the people. Now, you might be wondering about what Darlene does in order to save the day. She actually quits her job, knowing that this huge corporate company is not going to take action just because she says so. Also, this leaves her jobless, but at least her mind is at peace. We know her true character of never listening to anyone who is wrong. She does the right and walks on a bigger path, and this is something she has inherited from her mother.

Also, this episode gave some substantial light on Jackie’s character. Throughout the series, she has always just been the annoying sister-in-law to Dan. But her annoyance gets a rival when she agrees to give Louise a chance to work at The Lunch Box. Both of these characters are more than similar. They like to take control and make huge changes around them that do not exactly work out the way they initially imagined it to be.

The Conners Season 5 Episode 8 release date is on the 16th of November 2022. The episode is titled Of Missing Minds and Fries. It will drop out on ABC at 8 PM Eastern Time. New episodes are released every week on Wednesdays. 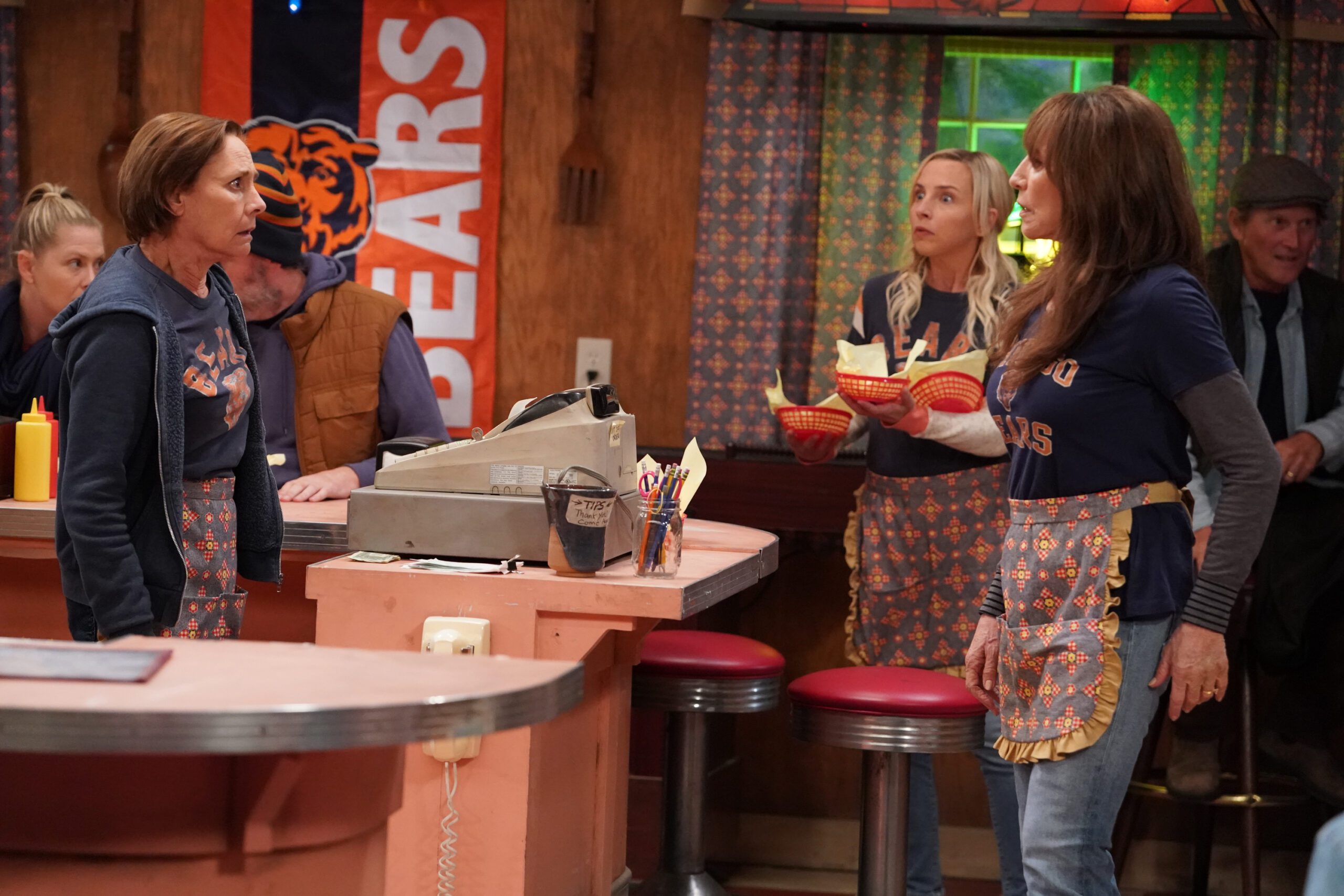 A still from The Conners Season 5 Episode 7

How to Watch The Conners Season 5 Episode 8

The Conners Season 5 Episode 8 can be watched live through ABC at the designated date and time slot that we have mentioned above. Later, the episodes will also be available to stream from the official website of the channel. Hulu will also contain all the latest entries. The platform starts with a basic recharge plan of 12.99 dollars a month which can go up to 12.99 dollars too.

The Conners Season 5 Episode 8 is titled Of Missing Minds and Missing Fries. In this episode, we will witness that Jackie is up against a new uphill. Her mother has fallen ill, and anything could happen. Thus, it is now on Jackie to actually process the hurt and deal with the same. Later in the episode, we will see that Darlene is obviously looking for a new job after quitting the plastic company. But now that she is searching for a new job, it is quite hard for her.